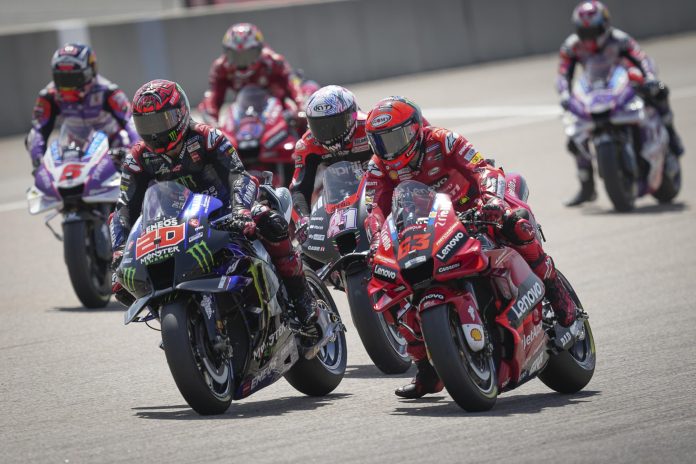 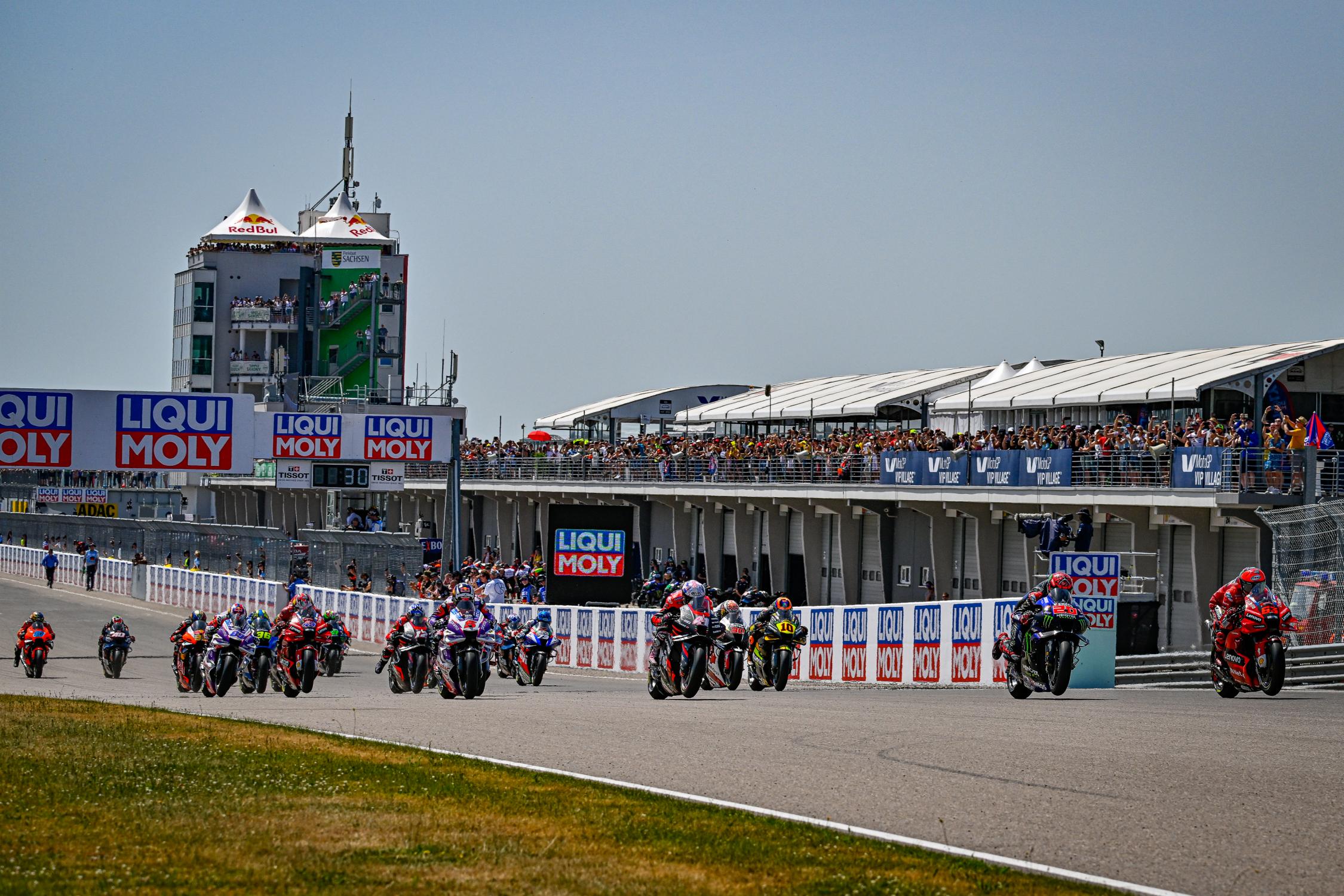 Bagnaia made a good start after securing the first pole at Sachsenring; however, it wasn’t enough to hold off current MotoGP champion Quartararo.

The Frenchman recorded his third win of the season to secure his championship lead with 172 points ahead of Aprilia’s Aleix Espargaro (130 pts) and Johann Zarco (111 pts.) 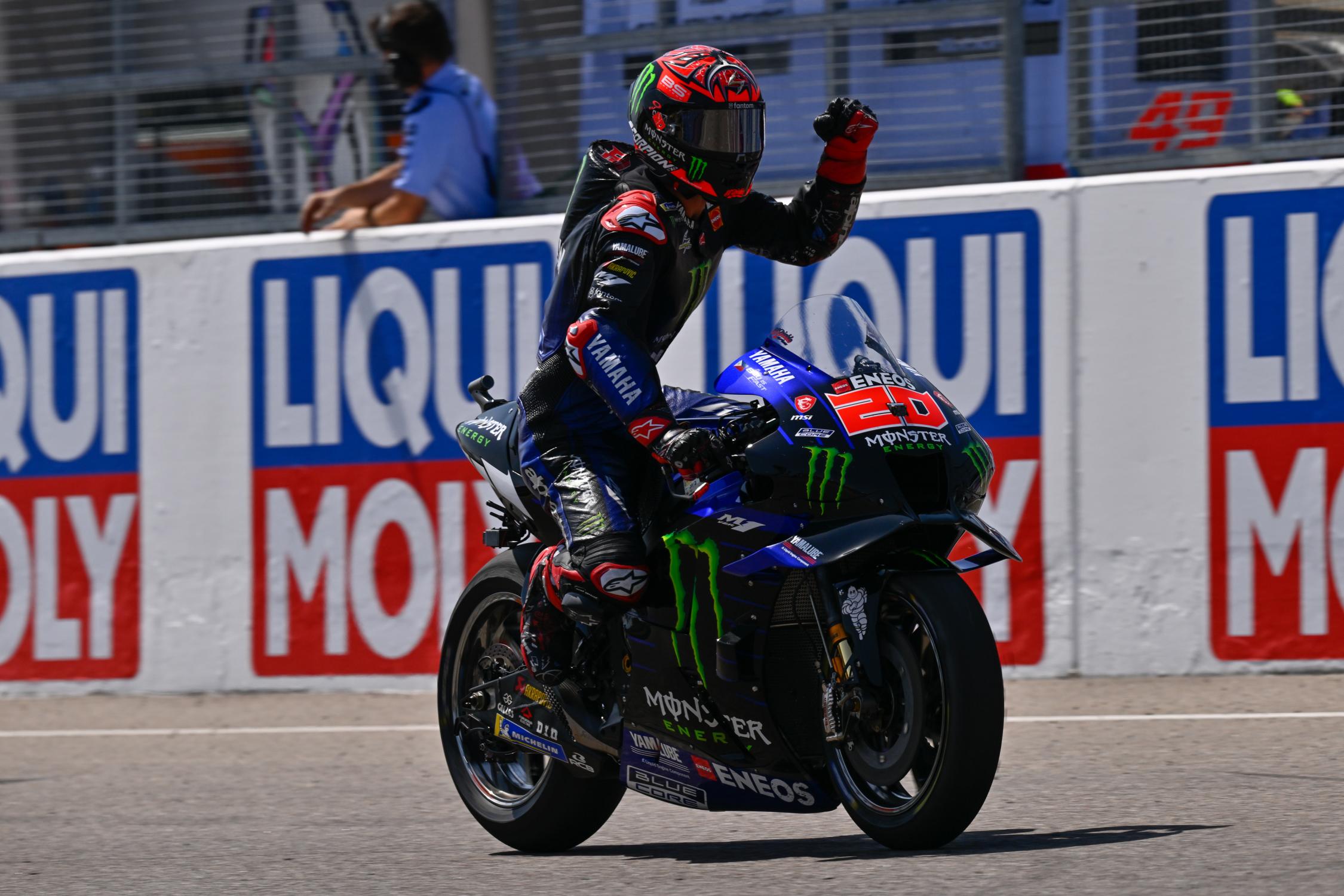 Fellow Frenchman Zarco took his fourth podium at second-placed, followed by Ducati’s Jack Miller, who, despite being handed a long lap penalty, managed to come in third. 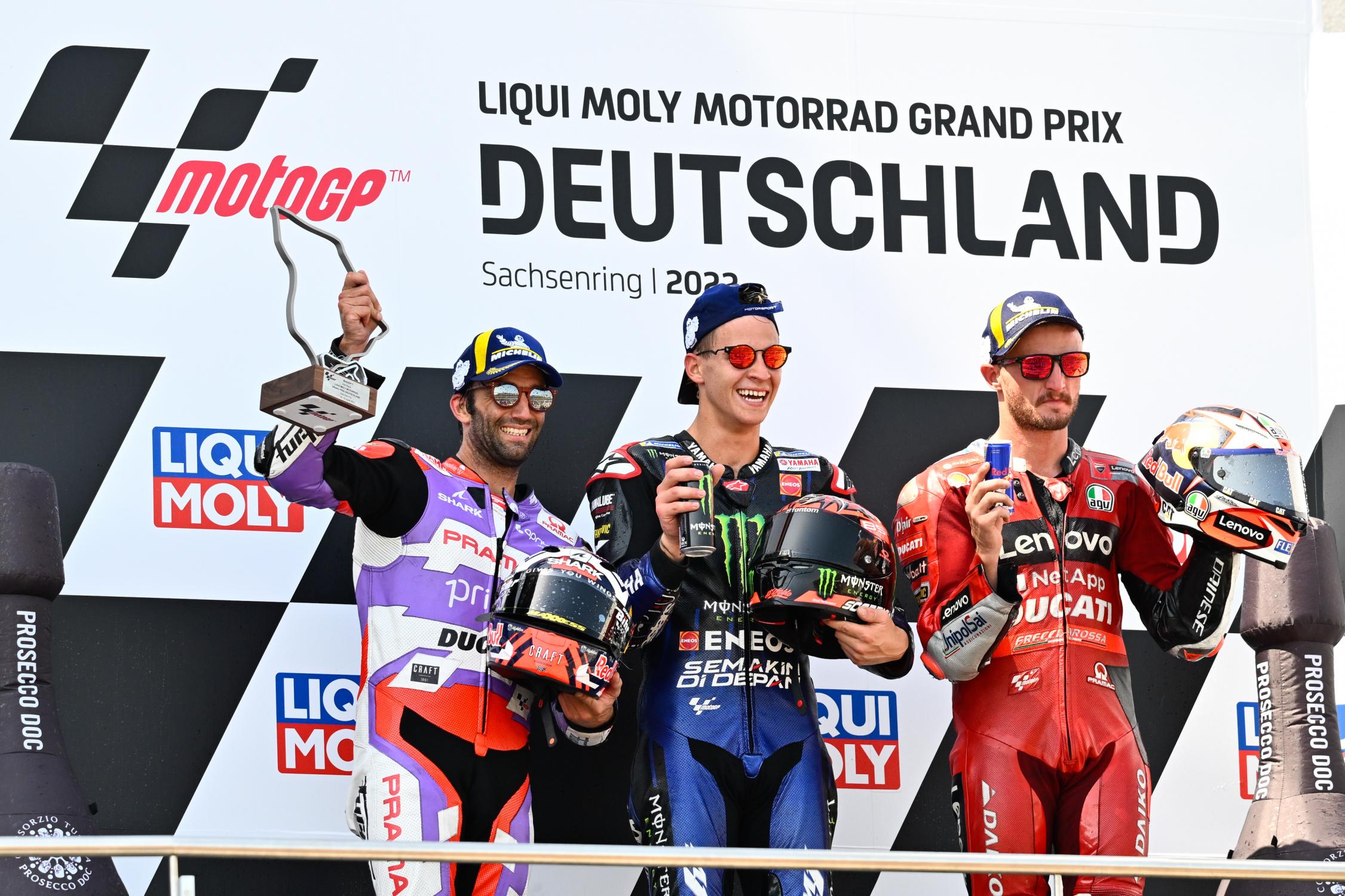 Nevertheless, it was a disastrous day for Ducati teammate, Bagnaia, who, despite starting the race at pole position, went down after just five laps.

It was the Italian fourth DNF this season, thus putting him further behind Quartararo in the championship standings with just 81 pts. 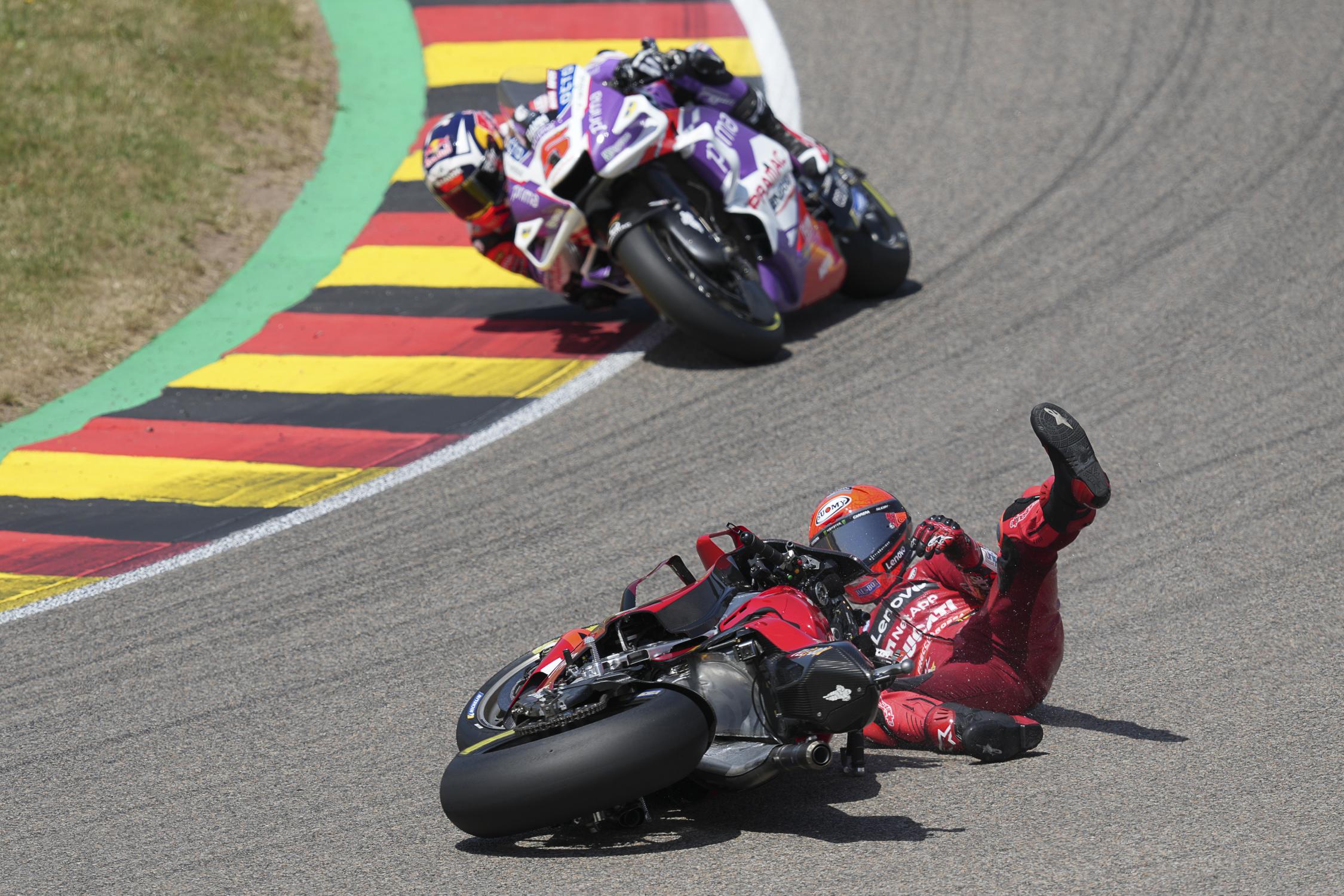 After the race, Bagnaia expressed his disbelief at what had happened.

“I’m trying to replay in my mind what happened, and I cannot explain my crash.

“For sure, if I crashed, it’s because I made a mistake. But in this situation, it’s very difficult to understand why.

“Looking at the data, it’s impossible to understand. I was angry like this because I can’t explain it. I’m very angry because when you crash and you know why it’s your mistake, normally I’m very self-critical. 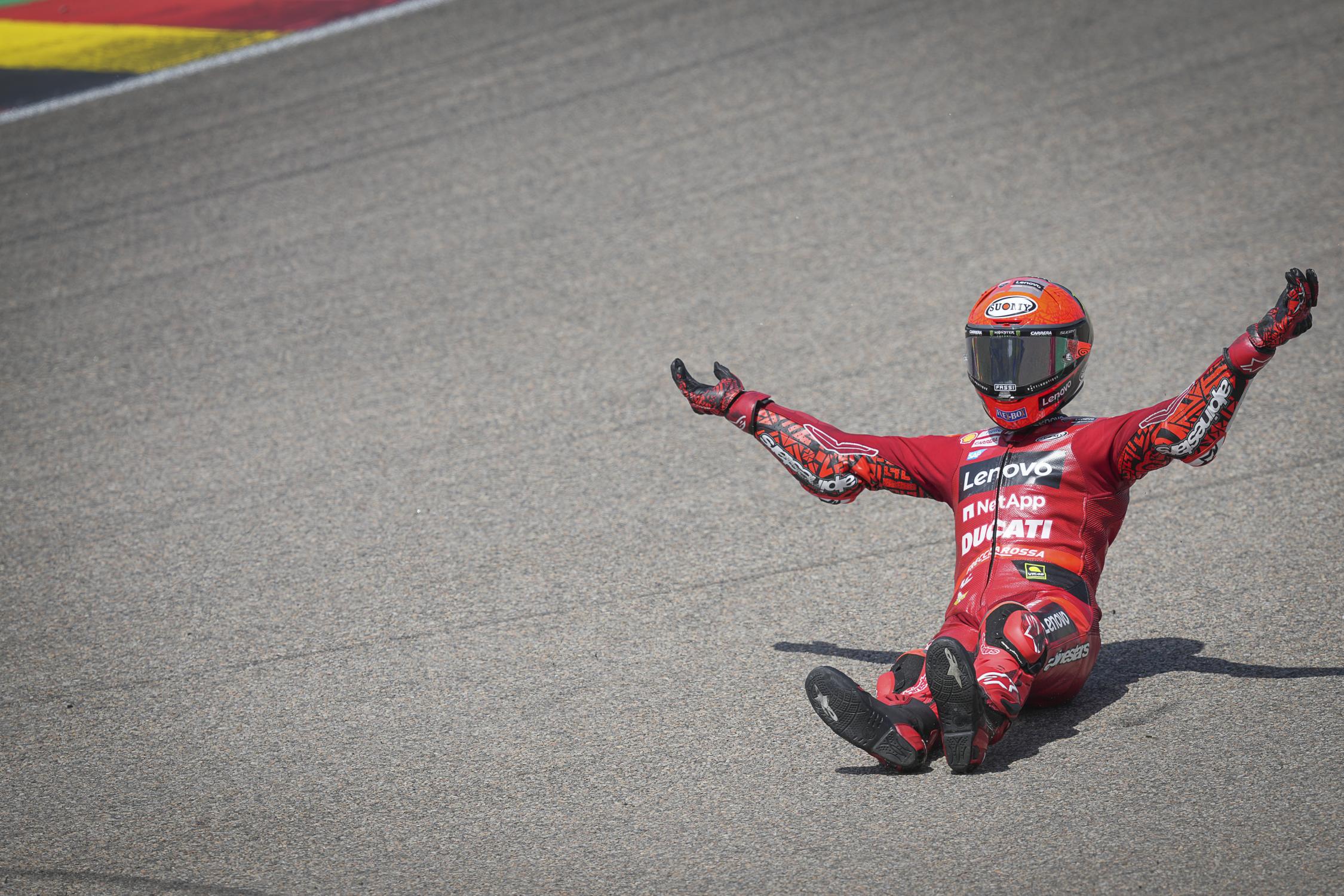 Mathematically, Bagnaia now needs to beat Quartararo by an average of over nine points per race to salvage his hopes of challenging the title, a daunting task over the remaining ten rounds.

MotoGP action will be back at the end of the week at the Dutch GP in Assen.