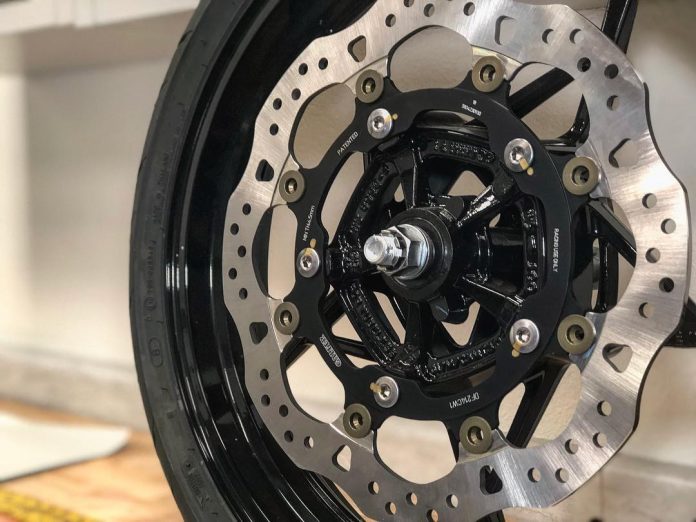 Has brake fade been an issue for you? Do you long for consistent brake feel without surprises when you brake hard into a corner?

The system aims to improve the two parts that make up a disc brake rather than just one. 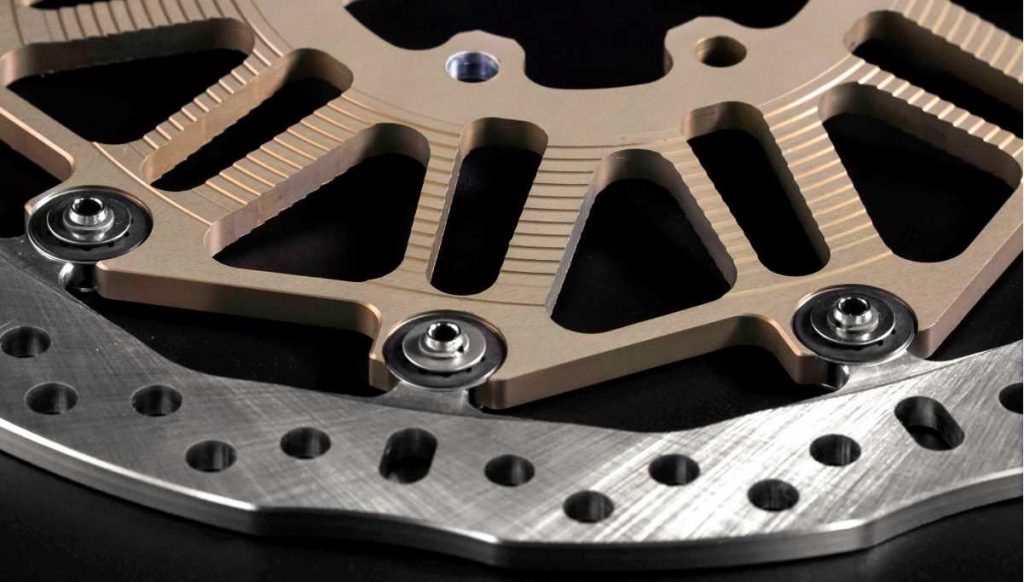 1. The carrier – which you can usually see being bolted on to the wheel and is usually anodised.

2. The friction material – Or the actual disc where the brake pads usually clamp on to.

And one of the most common issues faced by a disc is is heat, which then results in the expansion of the disc in all directions.

When brakes overheat, you get the usual brake fade and such, and with the centrifugal forces pushing and pulling the disc – you get inconsistent braking pressure.

Enter Galfer and its latest technology.

Galfer has developed a new spring and pin system that connect the carrier to the brake rotor. 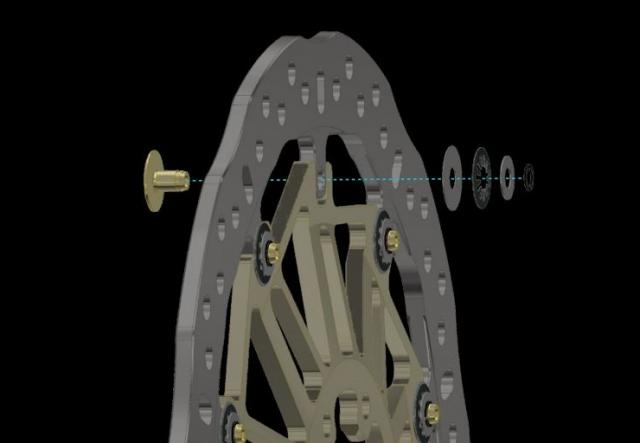 This consists of a titanium pin and sling-loaded washers that help to locate the disc.

The spring presses on and fixes the brake disc so that it does not move and is always in the same position and correctly aligned with the brake pads no matter what happens.

This simply yet innovative system effectively rids the brake system of all free movement faced by the majority of braking systems in the market.

This system also effectively eliminates the pad knock off (happens when the pad loses contact with the disc brakes) from occurring.

Galfer says the system will also provide perfect self-alignment even while the disc expands under heavy use.

1.- IMPROVED THERMAL BEHAVIOUR: At high temperatures (above approx. 200 °C) the brake rotor tends to expand in all directions. The new GALFER Floatech® system makes it possible to control this growth and avoid potential problems caused by the rotor surface becoming blocked in relation to the hub.

2.- PERFECT DISC/PAD ALIGNMENT: The system allows the rotor to expand freely and avoids the loss of floatability by incorporating a set of parts that consists of washers and a pre-loaded spring. The spring presses on and fixes the brake rotor so that it maintains the same position at all times and is correctly aligned with the brake pads in any situation. This eliminates the free movement that occurs with the majority of racing disc brakes on the market and avoids the problem of the brake pads being applied in an uncontrolled way and causing braking difficulties, even when faced with the strong vibrations or gyroscopic forces that occur at high speeds.

The new Floatech® system ensures perfect self-alignment between the brake discs and pads at all times so that the caliper pistons always maintain the position set by the brake manufacturer and braking is far more stable.

3.- OPTIMISED STRUCTURE LEFT/RIGHT: Having studied the braking forces and the possibility of being able to design specific directional discs (left/right), it was possible to determine the key points for optimising the design of the disc hubs, providing greater rigidity with the minimum weight possible. GALFER has been innovative in the design of directional brake discs that are specific for each side of the wheel.

4.- IMPROVED THERMAL BREAK: The new gold-nitrided pin that joins the two parts of the disc brake (rotor and hub) is made of titanium and improves the thermal break between the two parts due to its low thermal conductivity. Other materials such as aluminium are more conductive and transfer heat more directly. 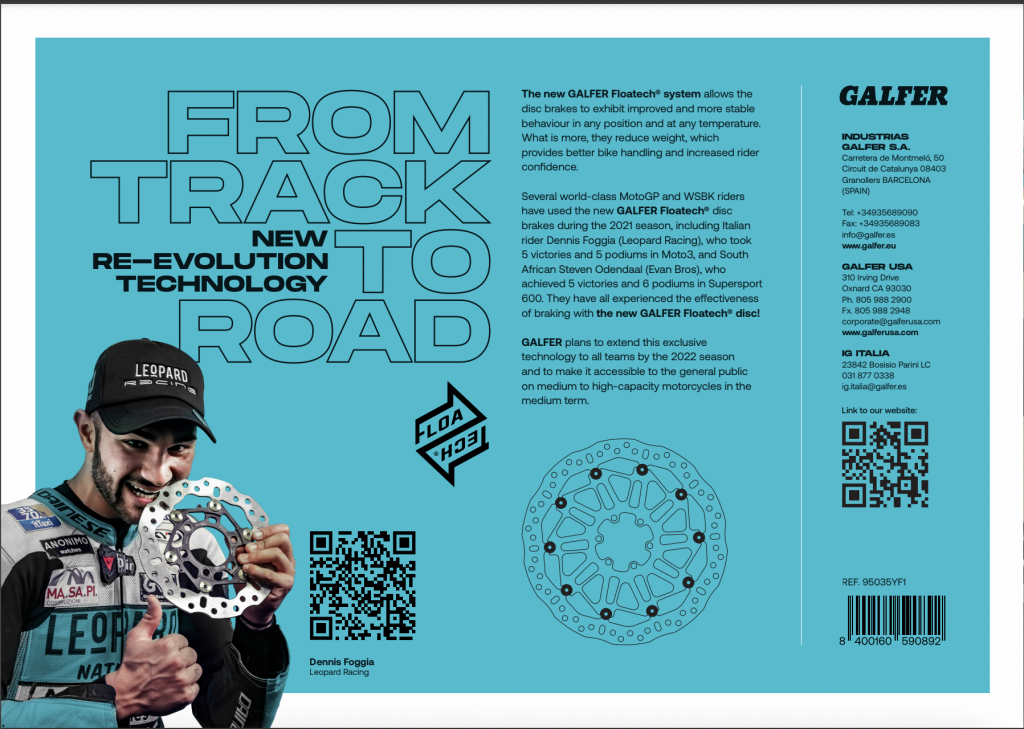 Galfer plans to extend this exclusive technology to all teams by the 2022 season and to make it accessible to the general public on medium and high-performance motorcycle in the medium term.