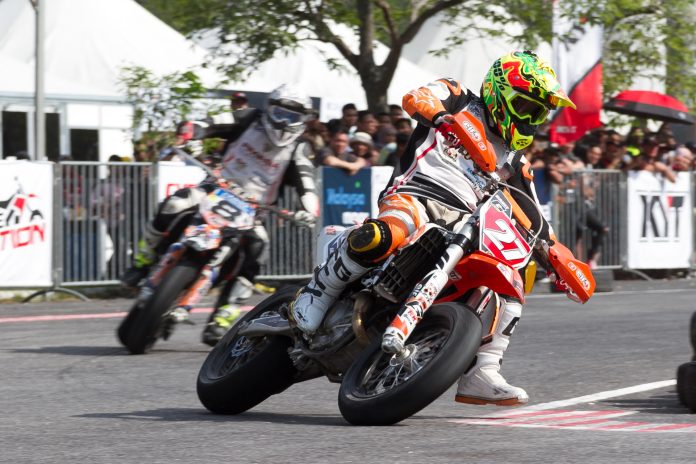 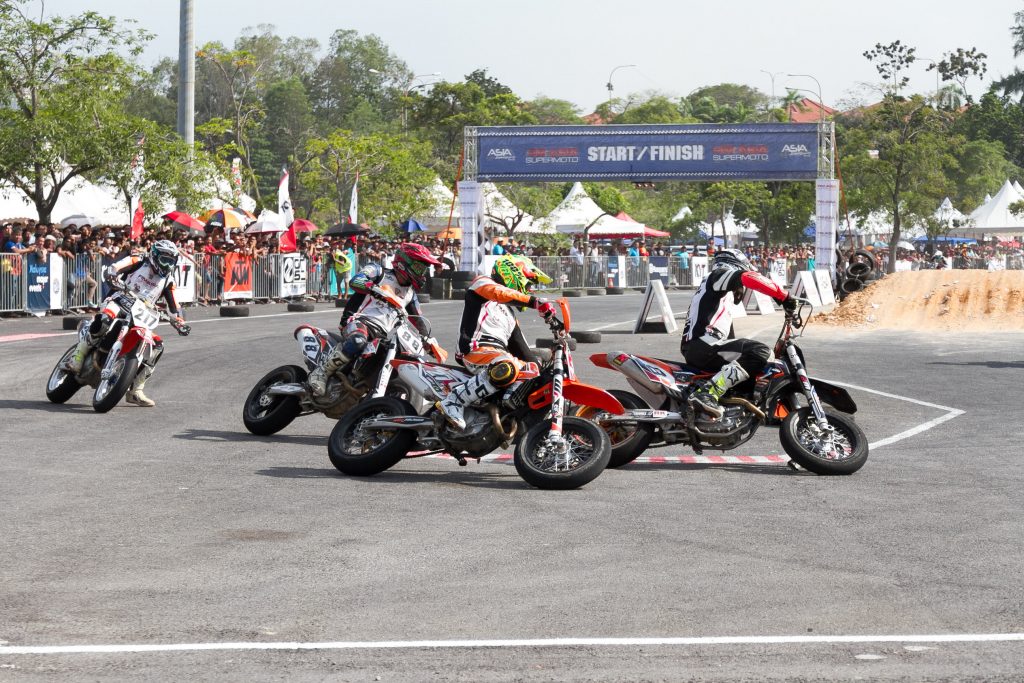 The season-ending fourth round of the 2016 FIM Asia Supermoto Championship series came to a climactic close last weekend in the Shah Alam Stadium. Winning both races and the series’ Asian Class title here was local ace Muhd Habibullah Saleh @ Gabit. 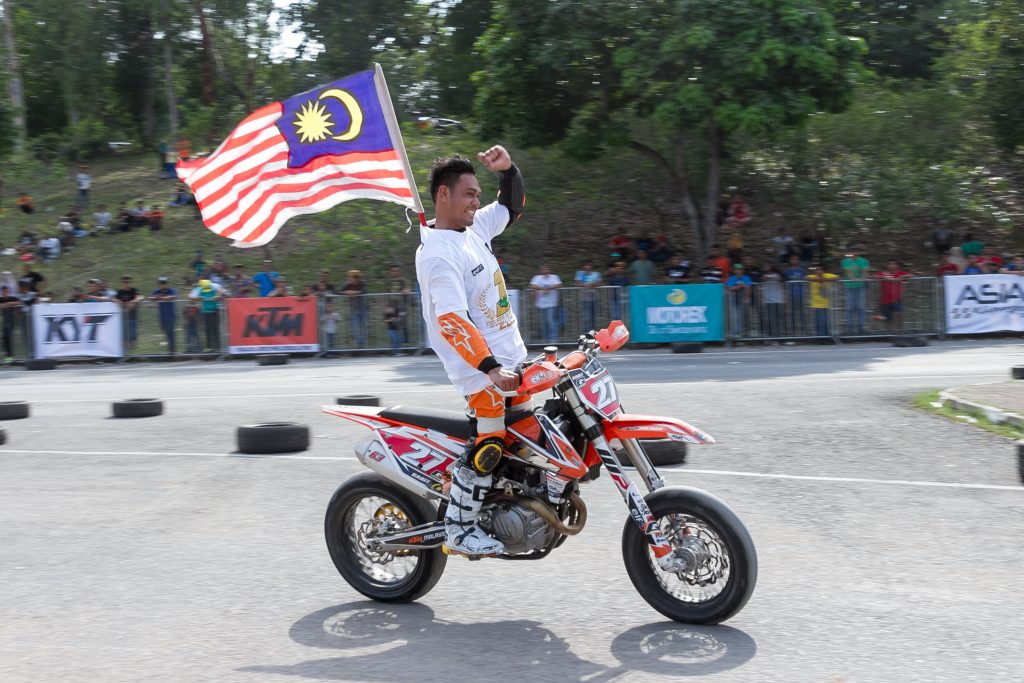 The double race win over the weekend saw Gabit amassing a significant haul of 50 champion points. As the weekend drew to a close, Gabit was at the top of the Asian Class championship leader board with 197 points in total – 39 points clear of compatriot Mohd Khairi Zakaria in second with 158 points. 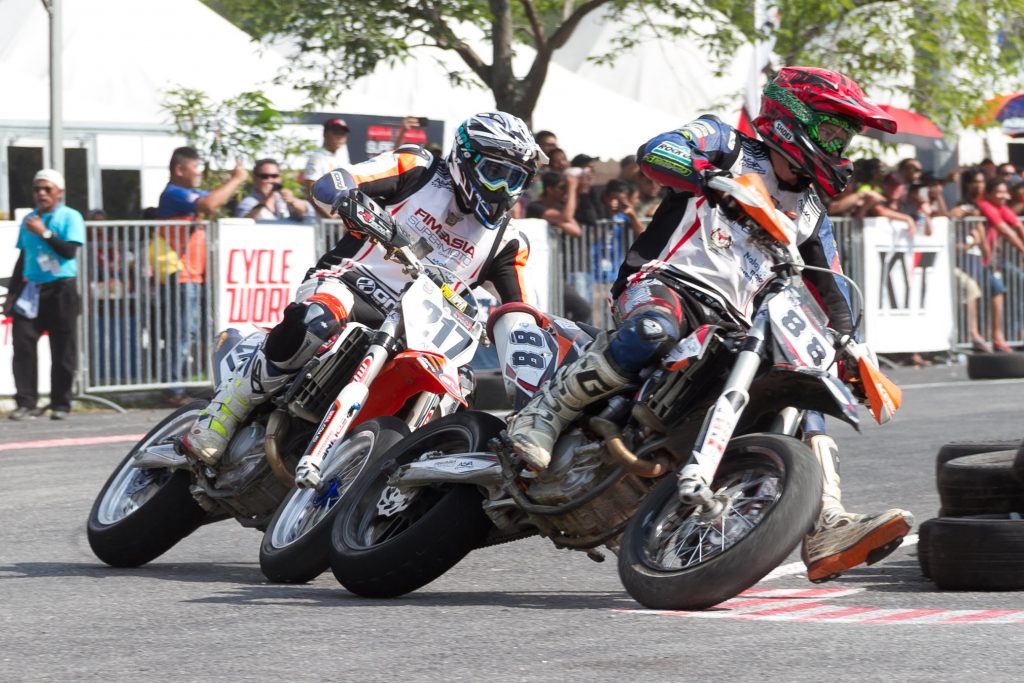 The two race wins in Shah Alam didn’t come easy for Gabit following an injury sustained from a crash during unofficial practice. A slightly less than optimal qualifying day saw him qualifying sixth on the grid instead. 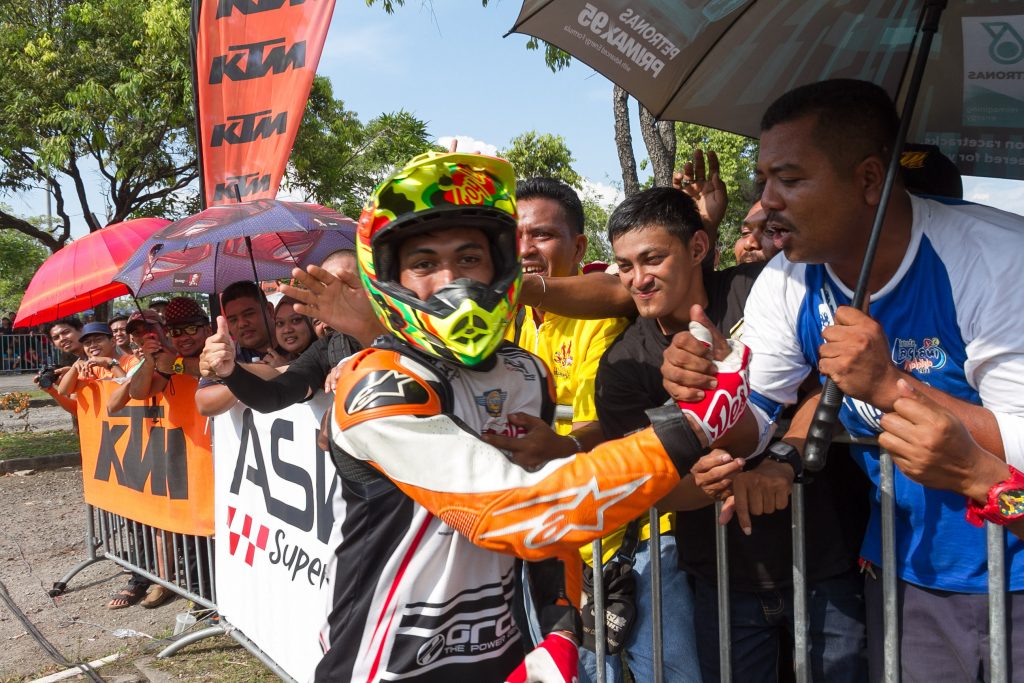 Nevertheless, Gabit’s determination proved to be the winning factor as he fought his way up the order in both races. Race 1 ended with Gabit finishing first ahead of kiwi rider Dibben and Khairi Zakaria scoring third. Gabit repeated the feat in Race 2 where Dibben joined him on the podium in second again whilst Japan’s Yasushi Matsumoto claimed third. 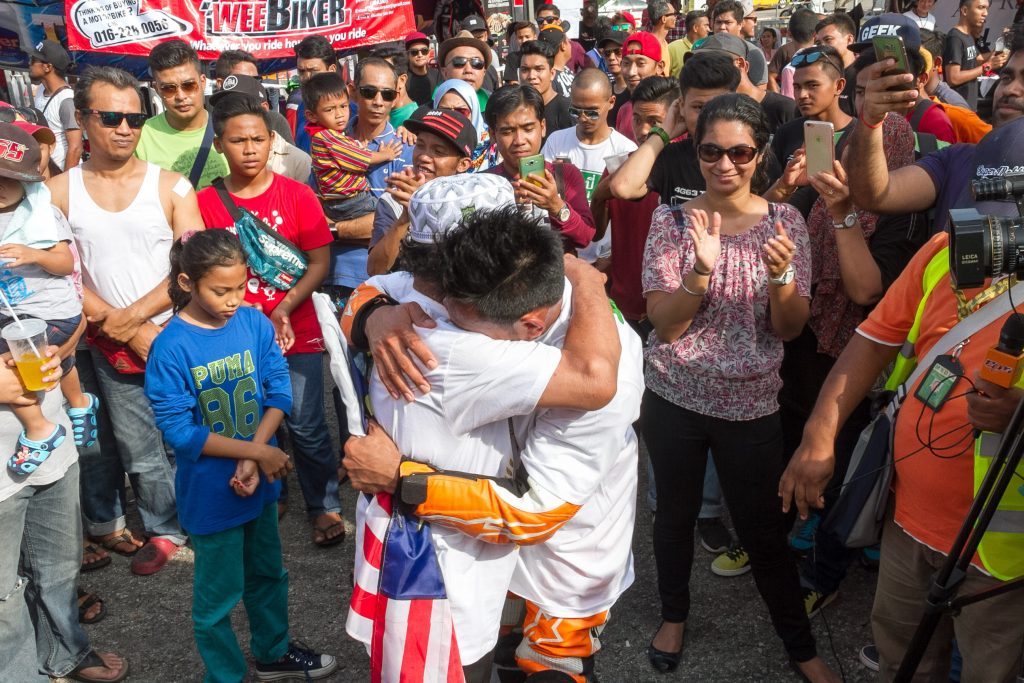 At the end of Race 2, an openly emotional Gabit stopped his bike and ran into the throngs of spectators lining the track much to the delight of the local supporters. On hand to meet Gabit was his father, whom Gabit hugged and thanked him with tears of delight. “It’s the first time my Father had come to watch me race.” 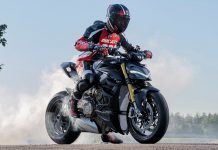 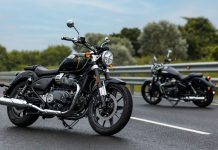