A guide to understanding how your bike’s fuel injection system works over carburettors.

Fuel injection has been around on bikes for quite a while now, and it’s not going away. Given the right information, properly set-up fuel injection can deliver the correct amount of fuel at any time, under any conditions.

The mechanics of fuel injection are pretty simple, a pump delivers pressurised fuel to the injectors, positioned in the throttle bodies through which air to the engine. The injectors are roughly spark plug shaped, and contain a solenoid-operated valve which, when activated by the bike’s electronic brain (the ECU), opens and allows a pressurised squirt of fuel into the airflow.

The amount of fuel injected is determined by the length of time the valve stays open. The valve’s movement is measured in thousandths of a millimeter, and the opening time measured in milliseconds. 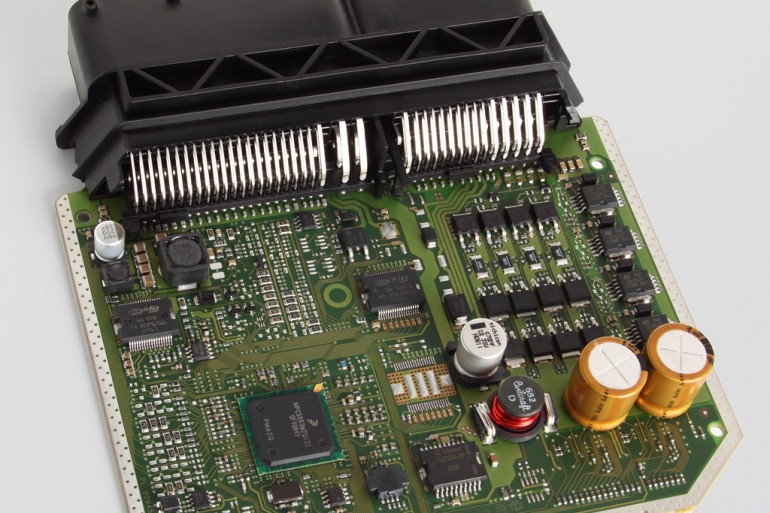 The clever part is how the ECU decides how long the injector’s valve needs to be open. It does this by measuring a whole load of engine parameters – throttle position, engine speed (RPM), engine temperature, intake air pressure, which gear the bike’s in, plus any number of others depending on how advanced the system is – then calculating how much fuel is needed by comparing the values to masses of pre-determined criteria. 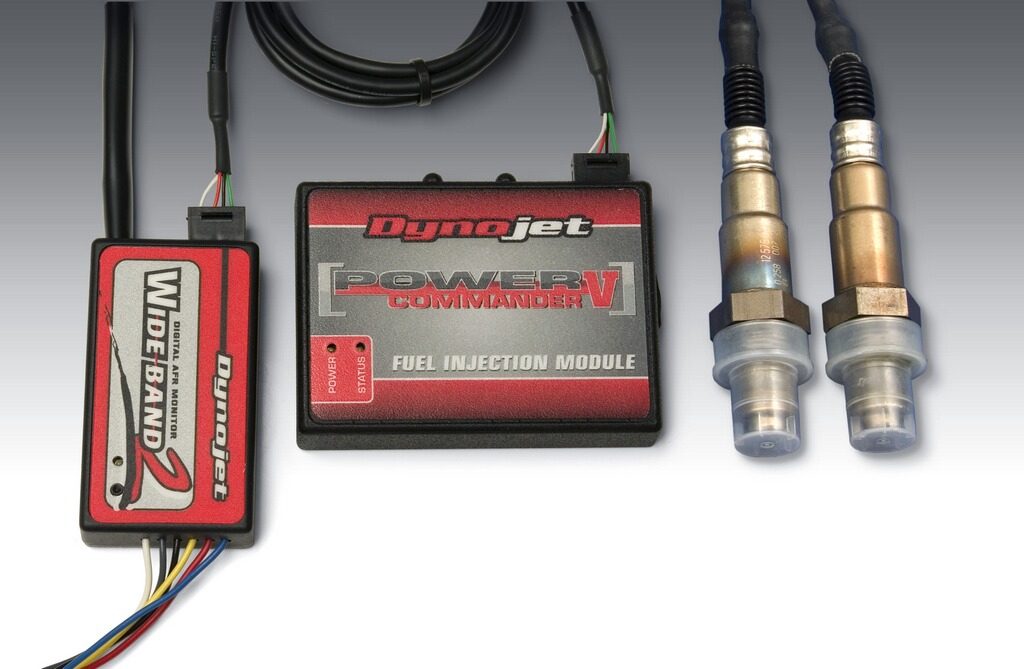 For example, if the engine is running at 80 deg, on three-quarters throttle, in fifth gear, at say 7,523rpm and it’s a cool day outside, the ECU cross-references all that data with the pre-programmed information and knows just how long to open each injector for. That pre-programmed data is known as a ‘map’, and it’s this that gets changed when a bike is tuned with an aftermarket add-on like a Dynojet Power Commander, Yoshi EMS box and the like. 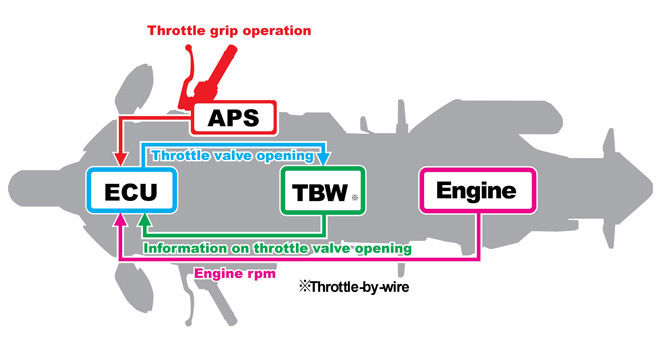 The information comes via sensors attached to various bits of the bike. Occasionally – although not often – these will fail, and a warning will be displayed either with a flashing light on the instrument panel or a failure code on the bike’s LCD display. 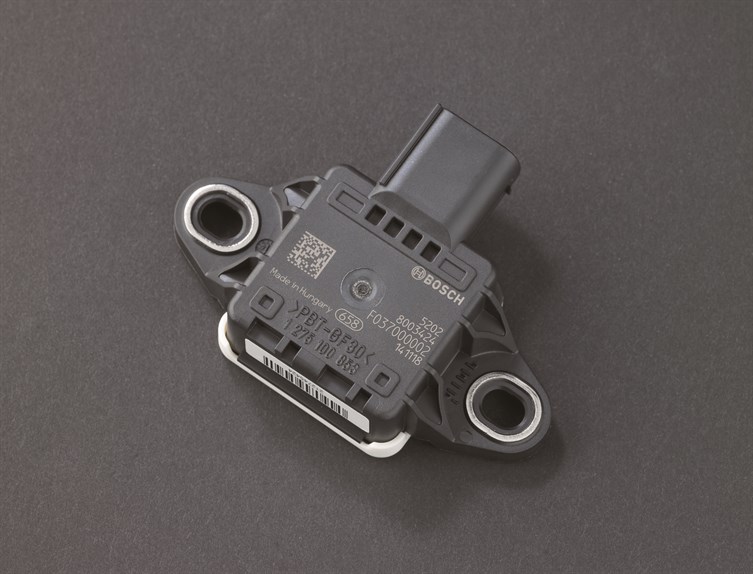 The more information the system has to work with, and the faster it can be dealt with, the more precise the fuel delivery. We’ve seen a shift from the early 16-bit processors to those that are more powerful recently, enabling faster processing of more data. But bikes have a long way to go to match the car world because they have yet to need complex systems, although it won’t be long if emissions laws keep getting stricter.

So is fuel injection always better than carburettors? If manufacturers get everything right then fuel injection is better every time reckons most race teams. It gives greater control over fuelling to keep emissions in check. From a tuning point of view the only exception I can think of is the early Yamaha R6. Tuned, pre-injection R6’s used to make more power than the tuned injected ones. Part of the reason is that the engine has basically been retrofitted with injectors rather than designed around it. 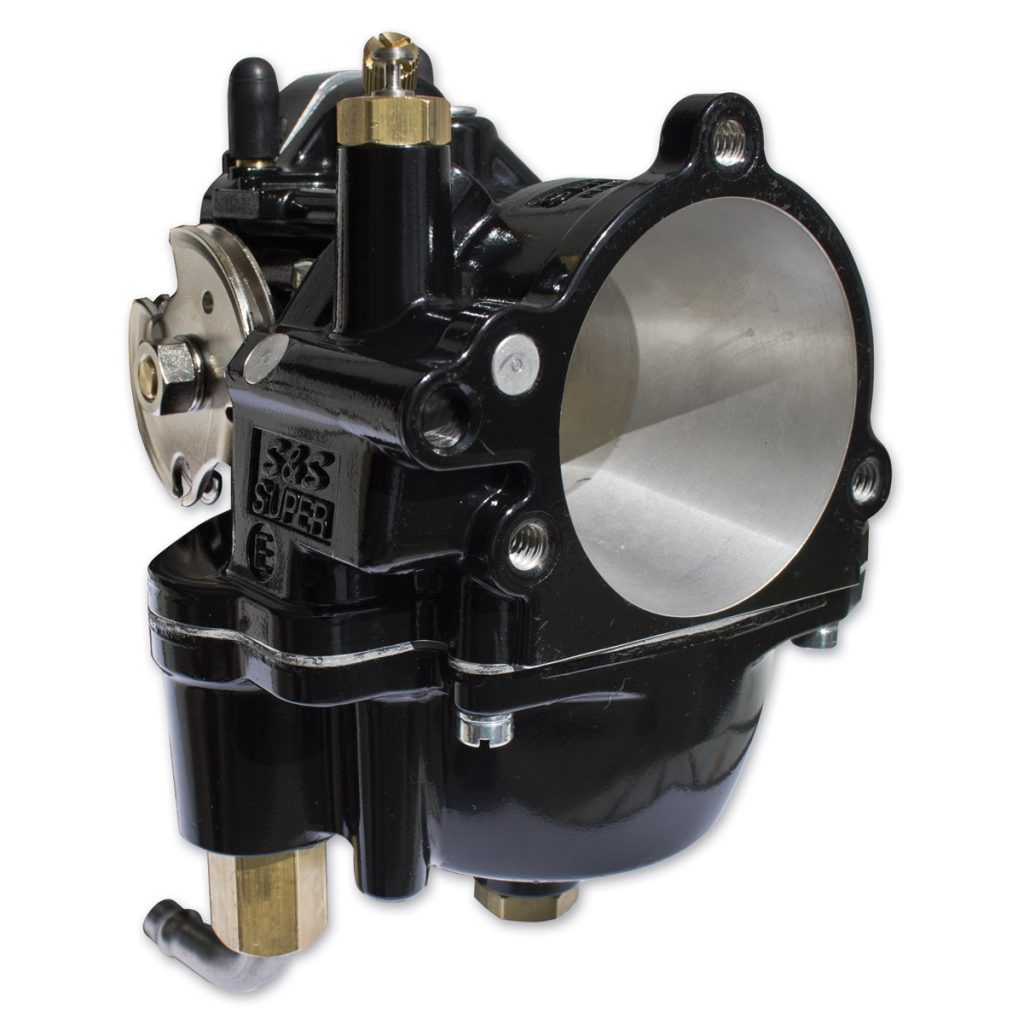 That example aside, fuel injection has other advantages over carburettors. From a tuning point of view, it’s a lot easier to adjust fuel injection than it is to repeatedly strip, adjust and rebuild a set of carburettors. Just plug in a laptop and do it with a few simple keystrokes. You need to know exactly what you’re doing, but the same applies to carburettors – only a different set of skills are required. 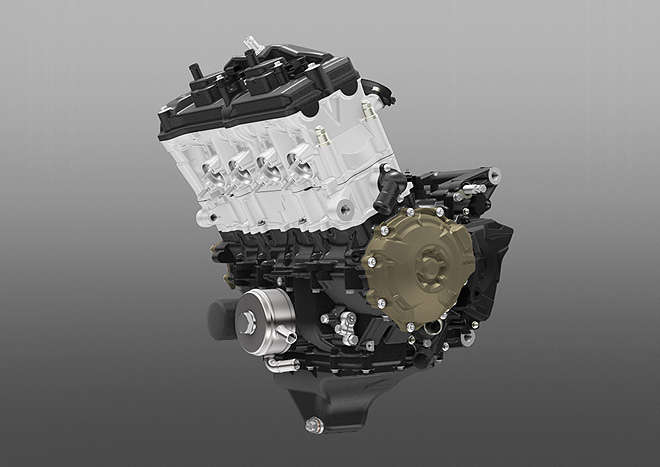 The other advantage fuel injection has over carburettors is its physical size. Four injectors, their throttle bodies and fuel supply take up far less space than a bank of carburettors. This gives manufacturers far more scope for angling the inlet tracts as vertical as possible, so gravity can give the incoming fuel/air an added boost.

It also gives more flexibility for the positioning of the airbox and fuel tank, used to great effect first by Honda on their CBR600RR’s and Fireblade, whose fuel tanks inhabit the space where, some years ago an airbox and a bank of carburettors would sit. Nowadays all modern sportbikes follow this type of arrangement.

V-configuration engines benefit too, notably Honda’s V-fours, which always struggled for space between the cylinders. Back in the ‘90s, the RC45 had to be injected as there wasn’t enough room to fit big enough carbs. There was another advantage; the space between the V-fours motor’s cylinders is one tremendous heat trap, and fuel sitting in the carburettors’ float bowls would vaporise. Fuel injection’s pressurised supply solves this problem.

Fuel injection is only as good as its map, some are horribly wrong and none are right everywhere. This is because manufacturers hands are tied by strict regulations. A rich mixture flattens the exhaust note, so some bikes run rich where the noise test is carried out. People think Power Commanders are only relevant to modified bikes, but every fuel-injected bike can have its map improved.