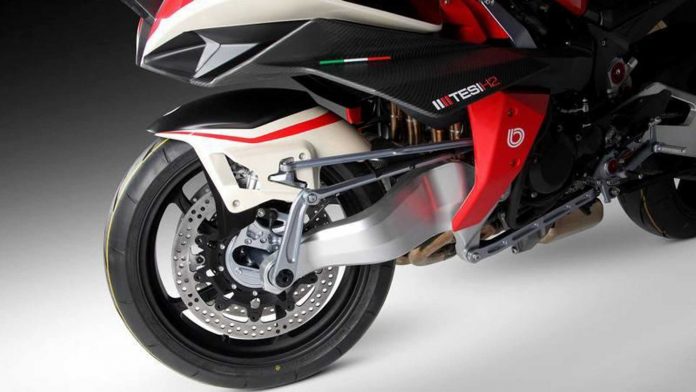 We had detailed about what happens to forks under load yesterday, so we shall continue with how hub centre steering works and their dynamics.

On paper, a hub centre steering (HCS) front end still carries out the functions of the conventional forks. But that’s where the similarities end. That’s because instead of combining steering, braking and suspension functions into a pair of the same items, each function is separate.

The basic layout of an HCS front end 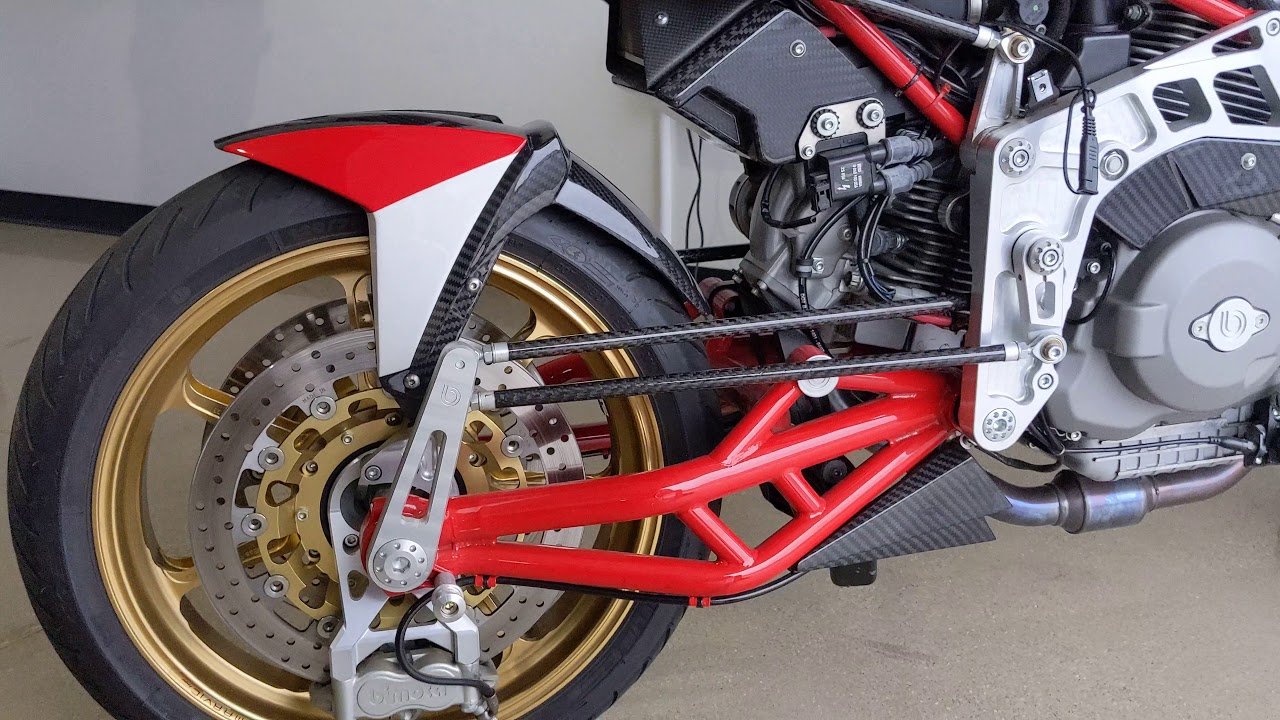 First, think of a swingarm complete with suspension and brakes attached. Now turn it to face the direction of travel and add a steering mechanism to it. However, the steering mechanism is separate and not tied directly to the wheel. Conversely, the handlebar is connected to rods that pull the front wheel left or right.

As you ride along, the arm or arms move up and down. A spring and damper are mounted to arm to absorb the forces. Since the handlebar is isolated from these forces, you will enjoy a much smoother ride. Bump forces don’t shoot straight up into your palms and arms like they do with forks.

As you continue to ride, a sharp corner appears up ahead and you brake hard for it.

Weight is transferred forward to compress the suspension. Instead of being transferred onto a couple of bars, this transfer of weight is directed horizontally into the arm. It results in the motorcycle staying flatter, rather than attempting to stoppie.

With conventional forks, that dive will change the front end’s geometry. On a HCS front end, on the other hand, that dive does not affect the steering rods. Consequently, the rider can still turn the bike effectively. To him, steering may feel no different from when he was riding on a straight road.

The advantage here is that he can brake much later and harder into corners while still being able steer the bike through.

The swingarm could also be tuned for effective lateral flex when the bike is leaned way over. Stiffer forks cannot do so unless you want loss of feel or chatter to creep up, thus flex had to be built into the frame.

So why are bikes still using forks?

Forks may have many more complications compared to HCS but they have been refined over the years to where they are now. That means there is a wealth of knowledge and experience in working with forks.

But probably most of all, it’s that isolation of braking and bump forces from steering that will scare riders. It’s ironic that too much feel from forks also scare riders. However, riders brought up on forks have learned to compensate for their limitations. It’ll be interesting to see how a rider develops over time if he had been exposed to a HCS front end from when he first started riding.

Another disadvantage is weight. Having a chunky piece of metal up front will tip the scales more. Bimota compensated by making most parts out of expensive carbon fibre on the Tesi H2.

Building a motorcycle is all about compromises. The consideration that wins through is usually about cost and complexity. Unfortunately, the HCS is on the losing end of these two considerations. We could only hope that more manufacturers adopt the technology.