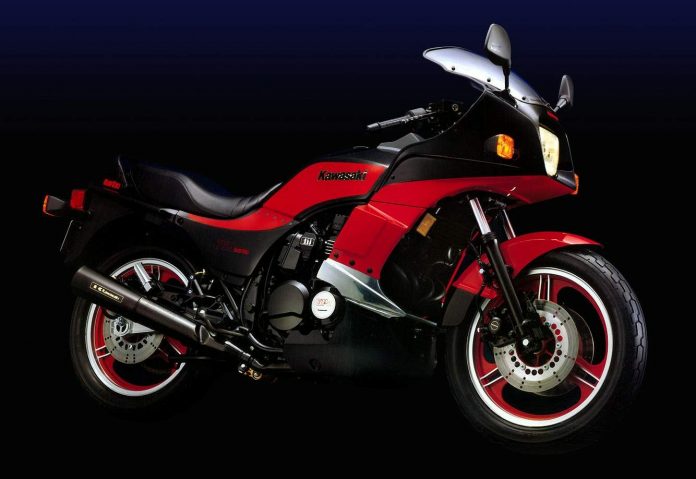 The Kawasaki Ninja H2 and H2R made huge waves that crashed onto the shores of the motorcycle industry when they were introduced; but they weren’t the first forced-induction (by way of supercharger or turbocharger) production motorcycles by a long shot.

The Big Four Japanese manufacturers had flirted with the concept during the “turbo era” of the mid-80’s. You see, after Porsche launched their 911 (930) Turbo in 1975, “turbo” was not only prevalent in the motor industry but went on to invade almost every part of culture (just like how the word “millennium” did towards the end of the 90’s). Suddenly, almost every car had a turbo sticker on it. And remember “TURBO BOOST” in Knight Rider? Judas Priest even had a hit song named Turbo Lover (click here for our list of top 10 riding songs).

Motorcycle manufacturers were also caught in the trend, apart from seeking more specific power output, of course. A forced-induction engine inducts more air, hence more fuel could be added to it, producing more power per given engine displacement.

Guess you could call this the granddaddy of the H2. But while the Z1R-TC wasn’t produced by the Kawasaki factory itself, it was a factory approved special model sold exclusively through dealers in the USA. The bike was the Z1R with a “Turbo-Pak” bolted directly to it without any change to chassis and brakes. Horsepower was kicked up to 130 bhp from 90 bhp. Riders found it a handful to ride but oh, it’s so pretty.

The Honda CX500 Turbo (also known as the CX500T and CX500TC) was built on the CX500 Standard (pejoratively called “The Plastic Maggot”) that started production from 1978. The CX500 Standard was already different by Honda’s standards as it had a transversely (across the frame) mounted 80o V-Twin with pushrod actuated overhead valves (OHV). The Turbo version broke many technological grounds apart from turbocharging, including the distinction as the first production motorcycle to feature programmed fuel injection. The turbocharger was dialed up to deliver a peak boost of 19 psi, doubling the engine’s horsepower to 83 bhp and took the bike to 193.6 km/h (121 mph). Unfortunately, high boost pressure means too much turbo lag and production was ended in 1982 itself.

It was as if all four Japanese manufacturers sat down together and decided to build forced-induction bikes, because Yamaha too, introduced one in 1982. Of the four, the XJ650 Seca Turbo looked more futuristic (in a 1980’s way, of course). Yamaha’s engineers had simpler ideas from the others when it came to build a turbocharged bike. The engine breathed through four carburetors and routed the right muffler’s exhaust gas to power the turbo’s turbine. The engine’s compression ratio was also the highest amongst its contemporaries to battle turbo lag. However, the bike was reputed to not handle well and was phased out soon.

Honda isn’t a company that gives up quickly. Honda had mostly fixed the turbo lag issue of the CX500 with the 673cc CX650 Turbo the very next year, by upping the compression ratio and decreasing the boost pressure (it still made 100 bhp). The CX650 Turbo was arguably the best developed turbocharged motorcycle but it couldn’t find many customers due to its high price. It was also dropped within the same year it debuted, together with the CX-series. However, only 1,777 units were made, making it one of the rarest Hondas.

The Suzuki XN85 was probably the prettiest of the 80’s turbo bikes, by adopting the groundbreaking Katana’s design. The 673cc inline-Four engine made 85 bhp (hence the “85” in its name) and pulled hard above 5000 RPM but it couldn’t match the overall performance of the larger sportbikes of the period. Although it handled well due to the 16-inch front tyre (the first production bike to use it), it was bugged by reliability issues and replaced by the cheaper and faster GS750ES the next year.

Just as the rest were giving up on turbo, in came Kawasaki with the best turbo bike of the lot. Kawasaki hadn’t just bolted a turbocharger onto the GPz 750 engine, they gave the bike all sorts of top notch components: electronic fuel injection, lower compression pistons, stronger gearbox, modified oil pan with an extra oil pump, boost indicator, stiffer Unitrak monoshock linkage, and a “turbo” spoiler. It made 112 bhp and was claimed as the “World’s Fastest Production Motorcycle” at the time. Indeed, it smashed through the quarter-mile (400 metres) in 11.2 seconds at 201 km/h, before going on to hit a top speed of 238 km/h.

Kawasaki claimed that they had wanted to shake up a “sleeping” motorcycle industry by introducing the Ninja H2R and Ninja H2. Instead of sticking with laggy turbos, they learned from the past and went the supercharger route. The track-only H2R made 250 bhp, while the road-legal H2 pumped out 200 bhp. While the latter number may not be the highest among 1000cc sportbikes, one has to remember about the stupendous acceleration of the bike. Sure, they’re expensive and complex but they definitely buried the hyperbike bragging rights, when pro racer Kenan Sofluoglu hit 400 km/h on a stock H2R filled with race gas.

Of course, Ninja H2 couldn’t go touring. Kawasaki said okay, we’ll build you a sport-tourer based on the H2, called the Ninja H2 SX. To fit its role as a tourer and more practical everyday machine (huh?) Kawasaki retuned the engine to provide more midrange torque (as if it wasn’t enough already), gave it a bigger and more protective bodywork, upright seating position and luggage. Want aggressive touring? This is it.