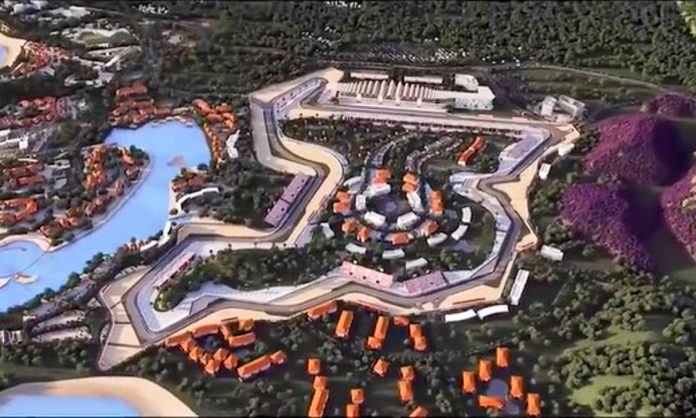 The folks from MotoGP have published a very interesting video on the Instagram page regarding the development plan for Indonesia’s first MotoGP circuit in Lombok. The Mandalika circuit which will host the country’s first-ever MotoGP round in 2021 looks to be a stunner and we’re pretty excited to see how it’ll turn out.

Who else can't wait for the 2021 #IndonesianGP ??? ? // Take a look at the 3D render of how the Indonesian circuit will look ?? ? #MotoGP #Motorcycle #Racing #Motorsport

The 4.32km track built around the urban environment will be hosted by a holiday resort where the venue will also be a holiday destination when races or events are not taking place. The whole area covers a space of 1,174 hectares is only a 30-minute flight from the picturesque Bali and has the capacity to cater to over 150,000 MotoGP fans come 2021.

A lot of sceptics have stated their concerns regarding racing on a street circuit as MotoGP requires a lot of run-off areas should anything go wrong (unlike the Formula 1 tracks in Monaco and Singapore). Dorna and FIM have stated their regulations, especially the safety of riders during races, and we’re pretty sure that they won’t present any added risk when it comes to the new venue.

What we can confidently say at the moment is that the first round planned for 2021 will be ‘something special’ for the thousands of fans and enthusiasts in the country. The fans in Indonesia have been waiting a long time for this and we’re sure that it’ll be one hell of an event to attend for teams, riders, and enthusiasts alike.