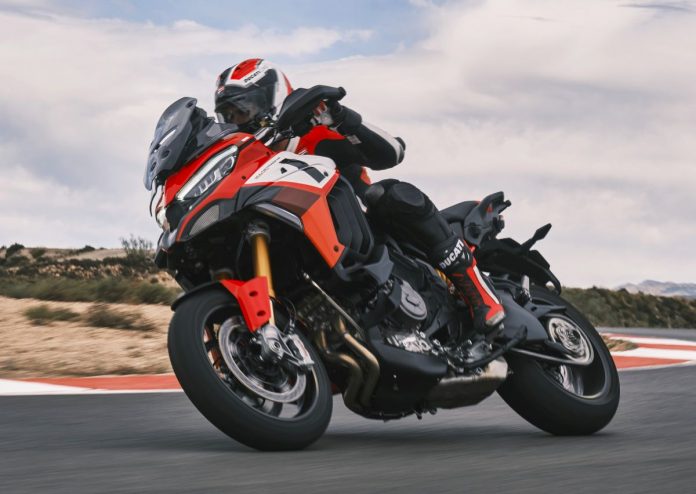 The V4 Pikes Peak edition was expected ever since the Borgo Panigale factory debuted the Multistrada V4. 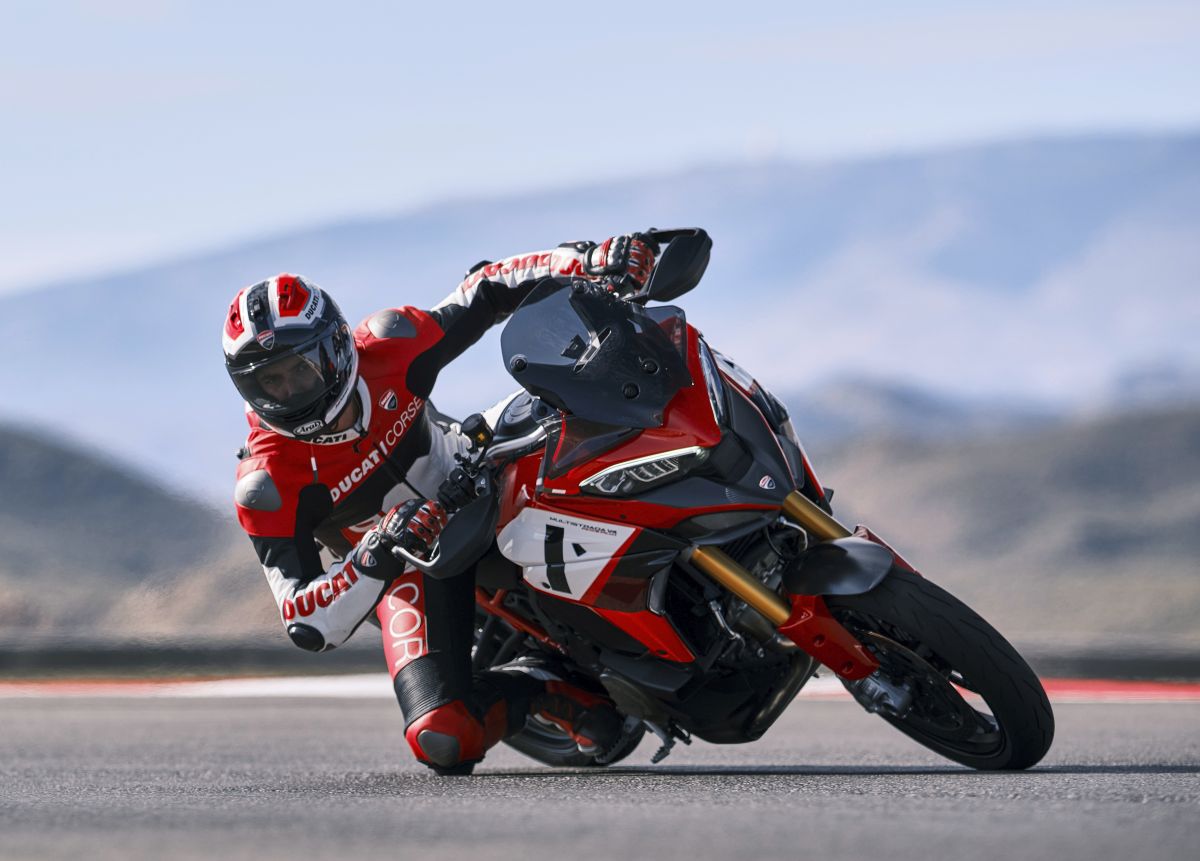 Build on the Multistrada V4 platform; the Pikes Peak edition also carries a range of electronics from the base model, including cornering ABS, lean-sensitive traction control, wheelie control and Ducati DQS (quickshifter). 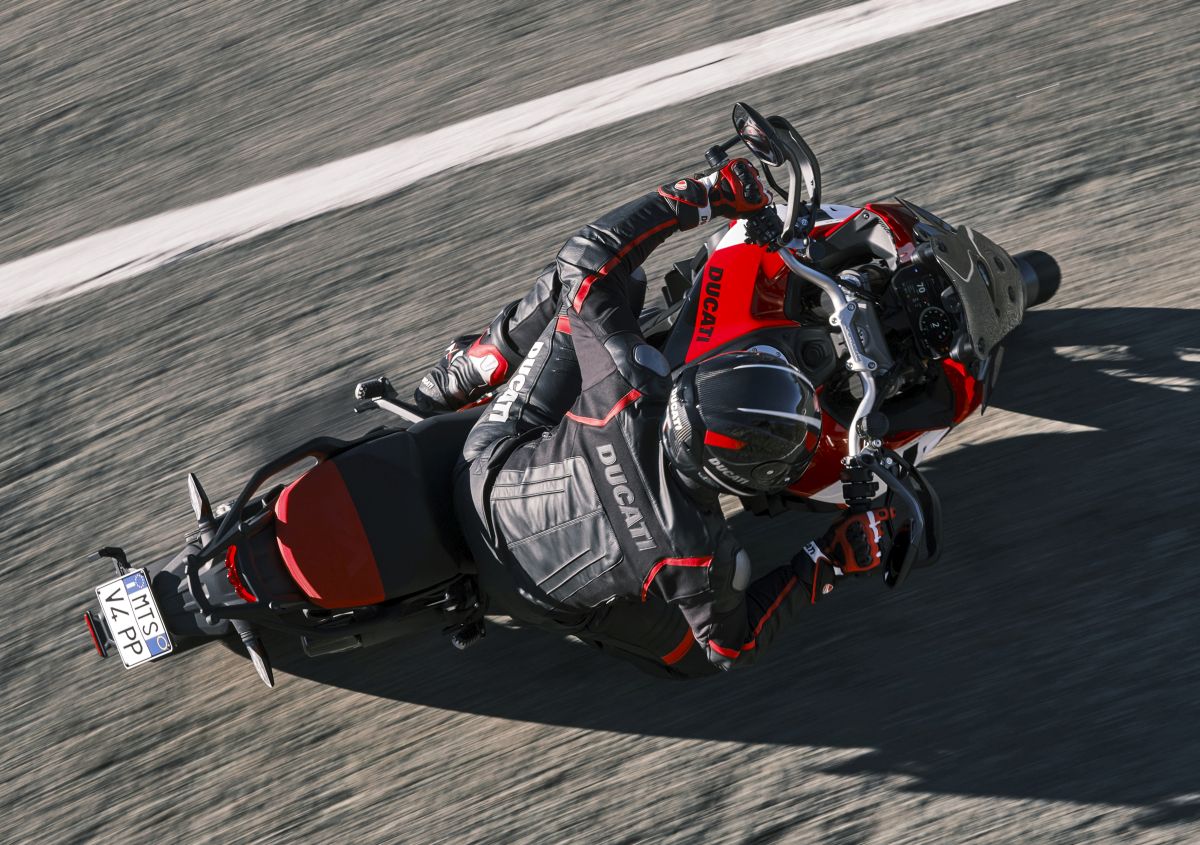 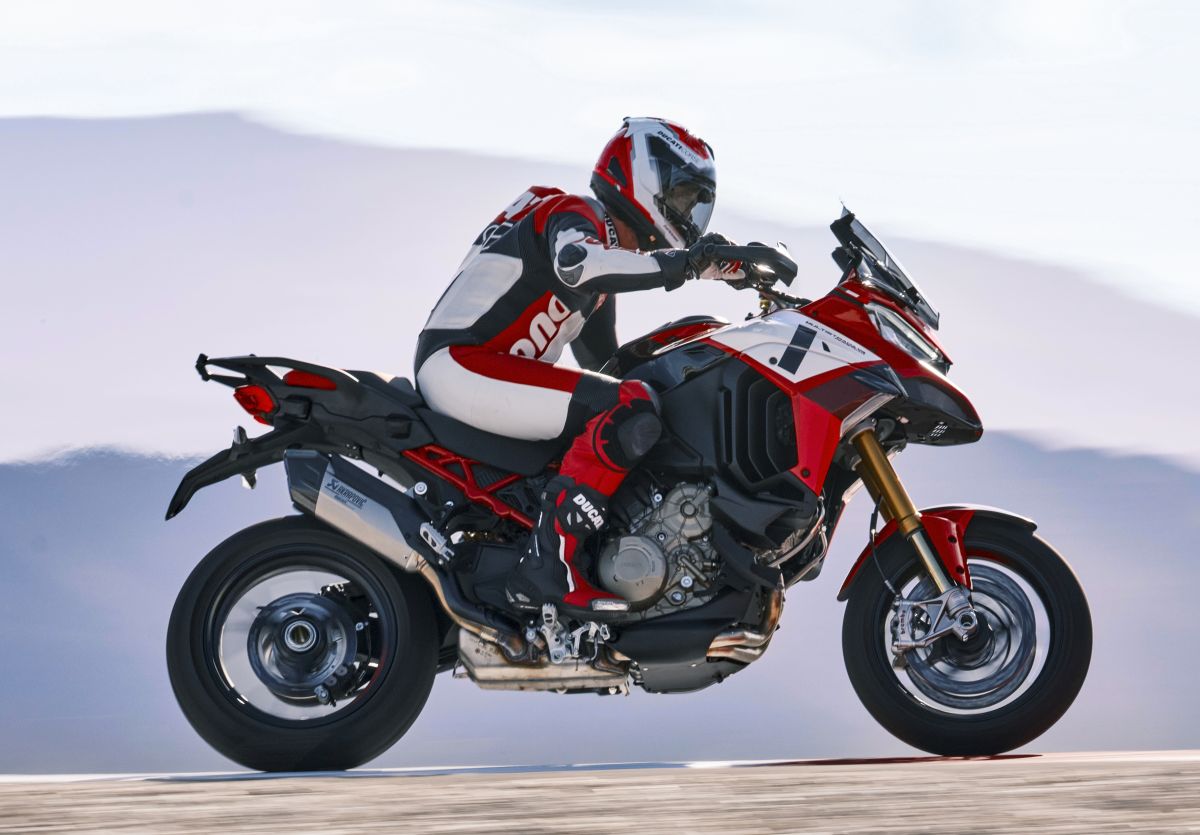 Riding ergonomics are also different thanks to higher and farther back 10mm footpegs, narrower handlebars and revised rake and trail. 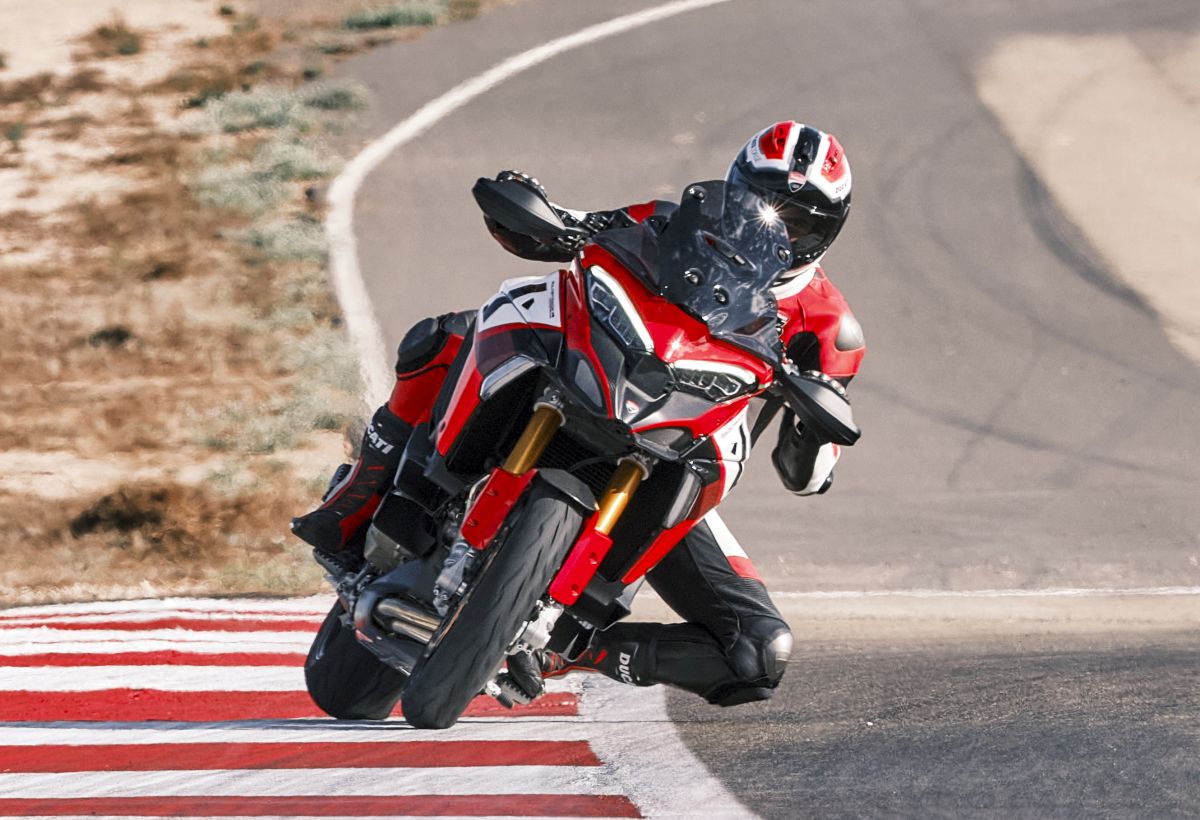 The changes allow Ducati to shed a total of 4 kilograms from the standard Multistrada V4.