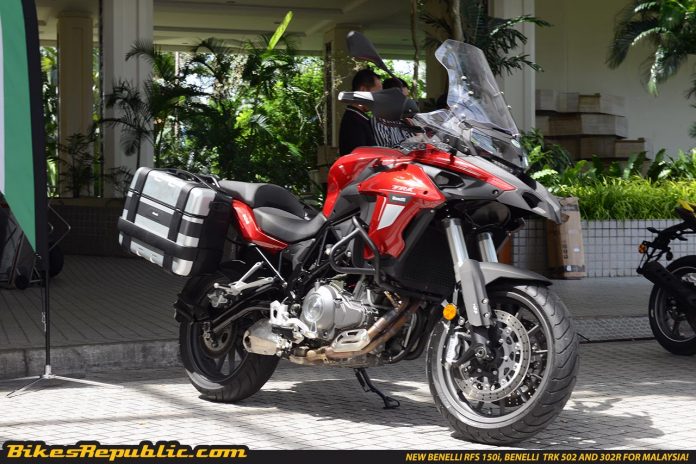 Walk around video of all three new Benelli motorcycles including engine start up.

Benelli Malaysia made quite a wave in the local motorcycling scene when it launched three new models last weekend. You can read about the launch here, but M Force Bike Holdings Sdn Bhd, the local importer, distributor and soon to be assembler of Benelli motorcycles, also gave us an opportunity to sample all three bikes the following day. 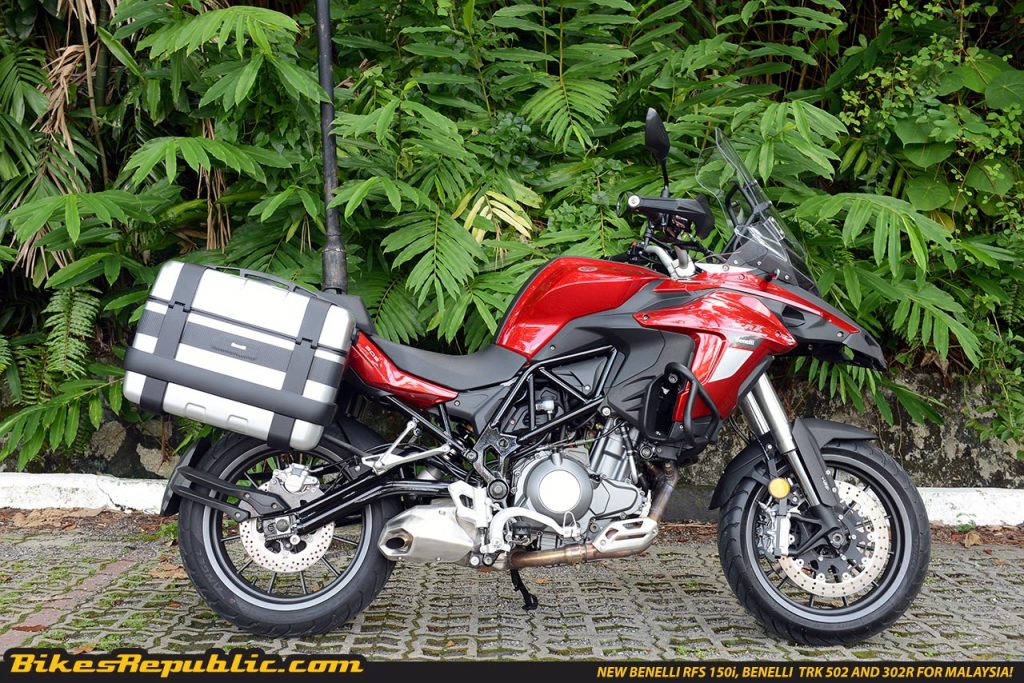 The test ride route was just a small loop around the Equatorial Hotel in Penang, maybe about a kilometer long at most, which wasn’t exactly the perfect scenario to truly sample the capabilities of any motorcycle, but it was good enough to judge the basic handling and engine response of the new motorcycles. 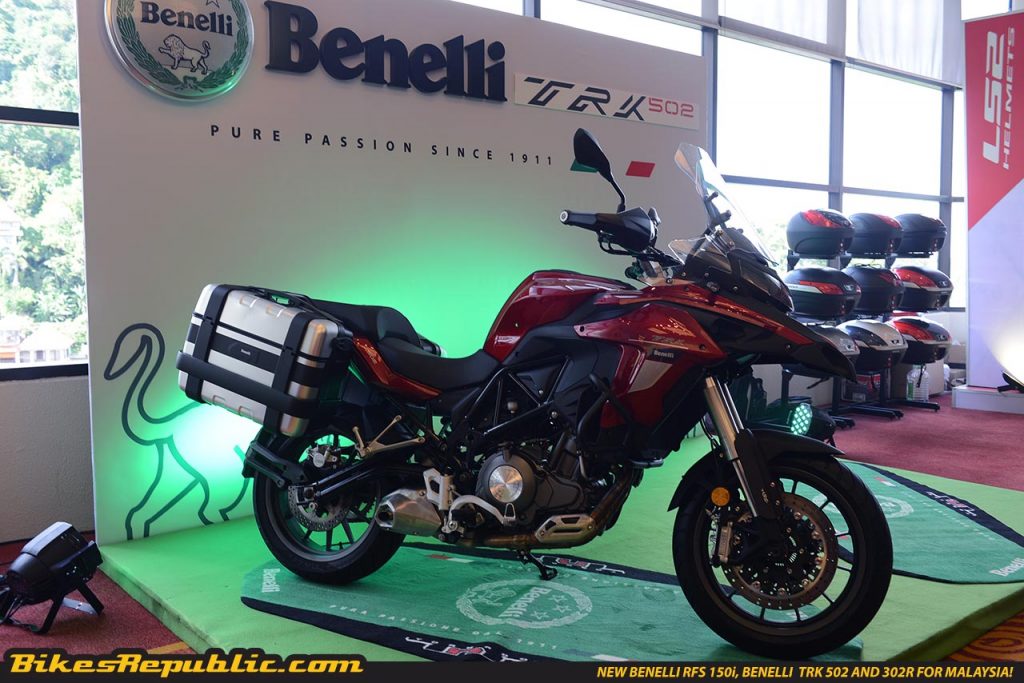 We started the ride with the TRK502, Benelli’s new adventure bike. I must say that I was surprised with this bike, so surprised that I will go so far as to say that among Benelli’s new motorcycles, the TRK is the best. 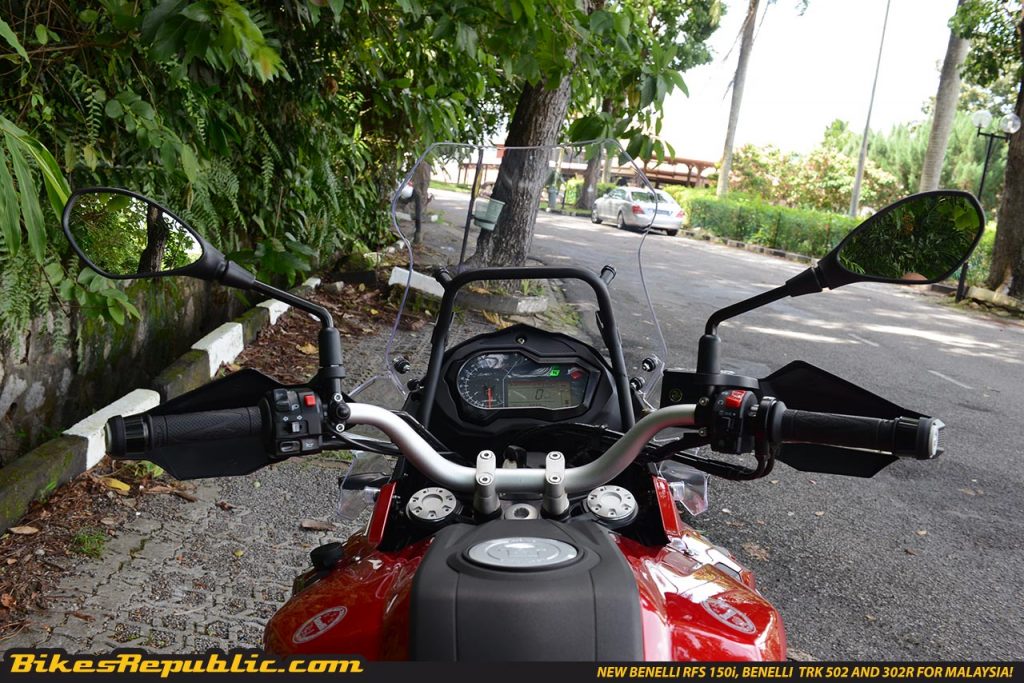 The design has obvious influences from BMW, especially the fuel tank, sitting position and the shape and angle of the handle bar, but who can blame Benelli when the BMW GS is quite obviously one of the benchmark’s for almost all adventure bike builders. 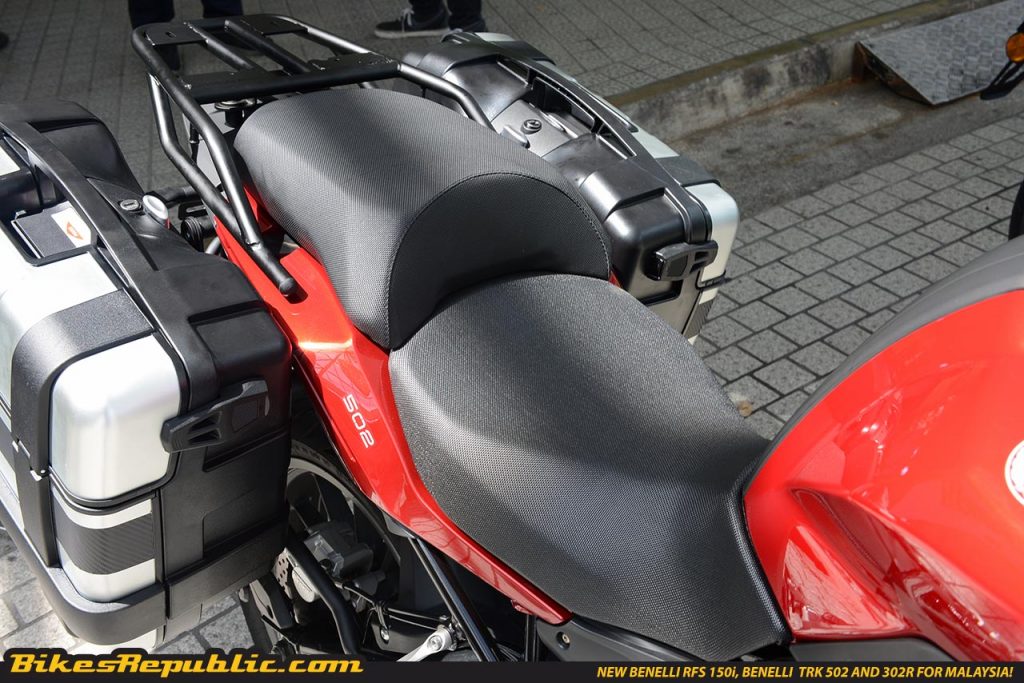 Taller riders will find the TRK a bit cramped, but it makes up for that with good low speed handling, and a big comfortable seat. 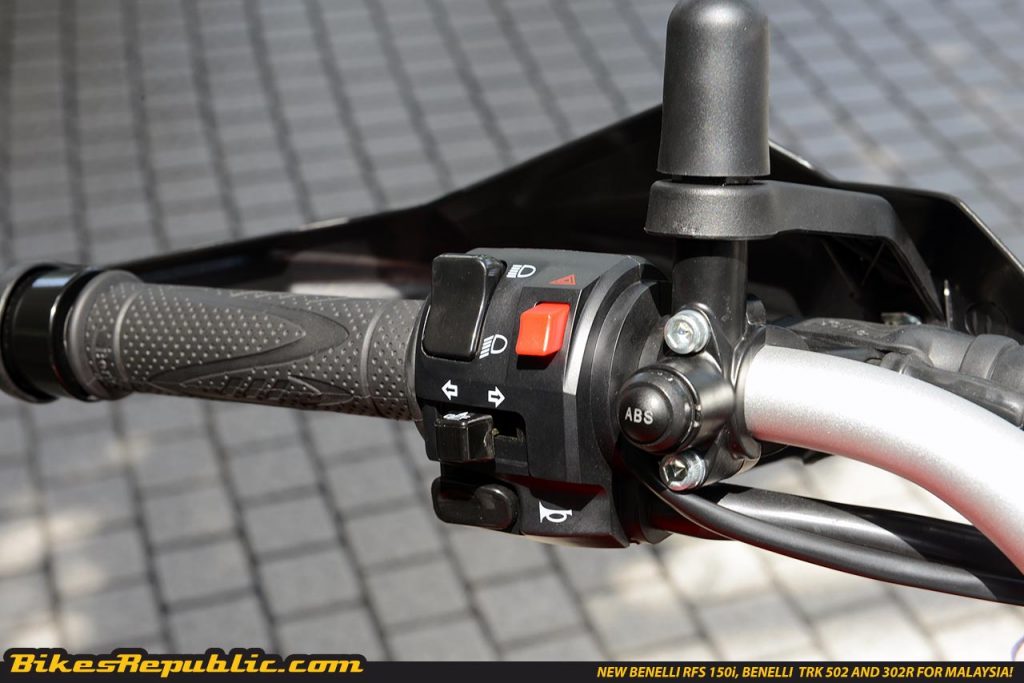 It does not have a lot of technology, in fact it skimps out on things like cruise control, traction control, and tyre pressure monitoring sensors, but it does have ABS. And Benelli knew exactly what kind of motorcycle it wanted the TRK 502 to be, so they also threw in a well placed button (on the left handle bar, right within reach of your thumb) that allows you to completely switch off the ABS system. This is handy when you want to tackle dirt and mud off-road. Well thought out Benelli! 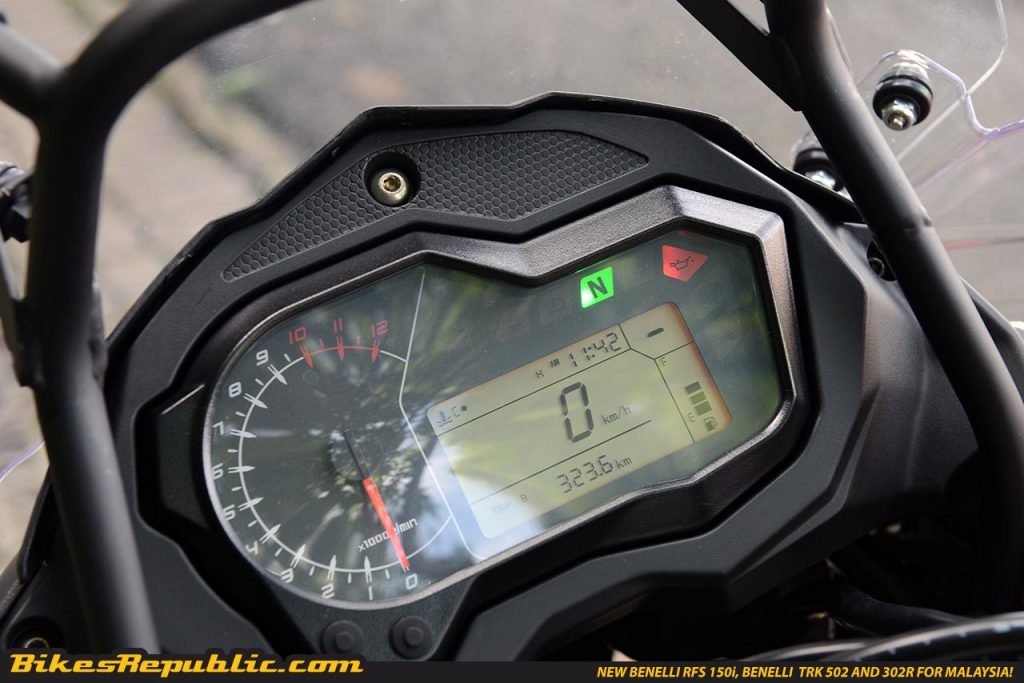 The TRK 502 isn’t exactly big on power either, the twin-cylinder, liquid cooled engine produces just 48hp at 8,500rpm and 45Nm of torque at 5,000rpm. There’s good grunt lower down the rev band, but there’s a feeling that more power will be needed on the highway, especially when you want to just squeeze the throttle and accelerate out of a situation. We’ll get to that when we actually get to ride this bike on a highway. 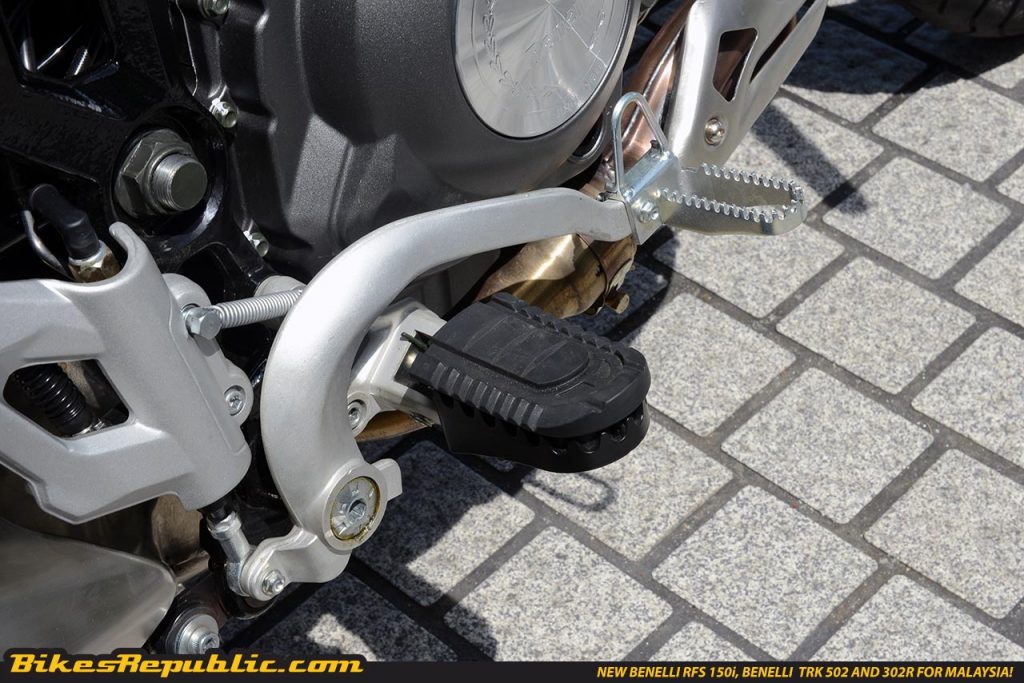 Gear changes are nice – short and precise. The final drive is of course chain driven which makes the TRK quite well suited for global riders who want to ride a bike to the end of the world without worrying about complicated or shortage of parts and such. 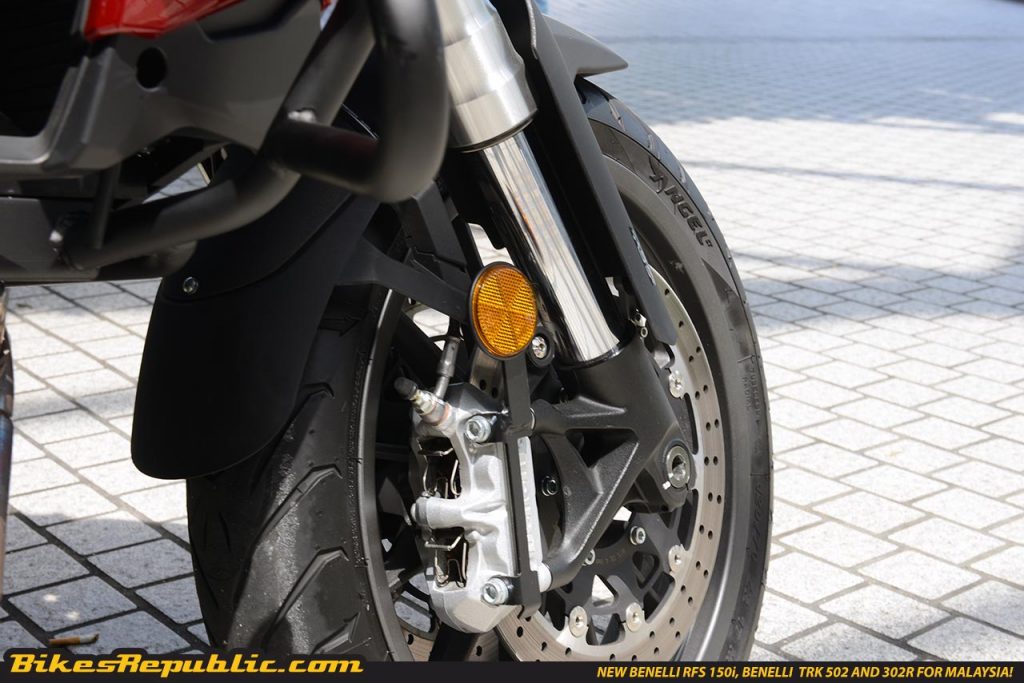 Suspension feels good too – the front consists of an inverted fork with 150mm of travel while the rear is made up of a steel swing arm with a single telescopic oil damped coil spring with 45mm of travel. The damping is cushy so there is the usual dive under heavy braking typical of softish suspension, but the rear does a decent job at soaking up speed bumps and such, which gives it a comfortable ride. 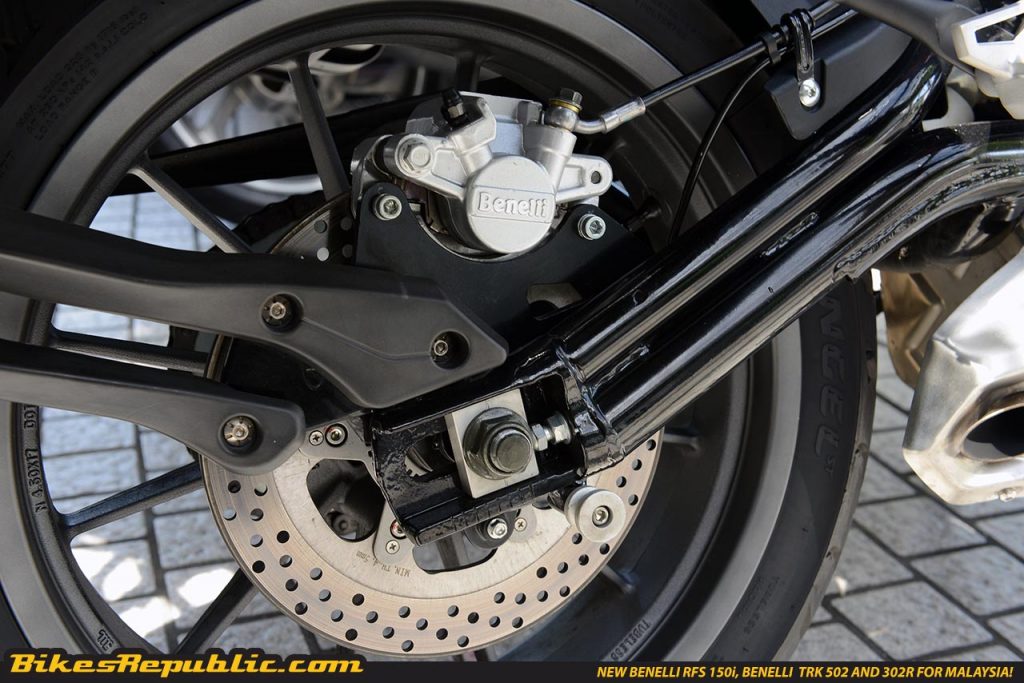 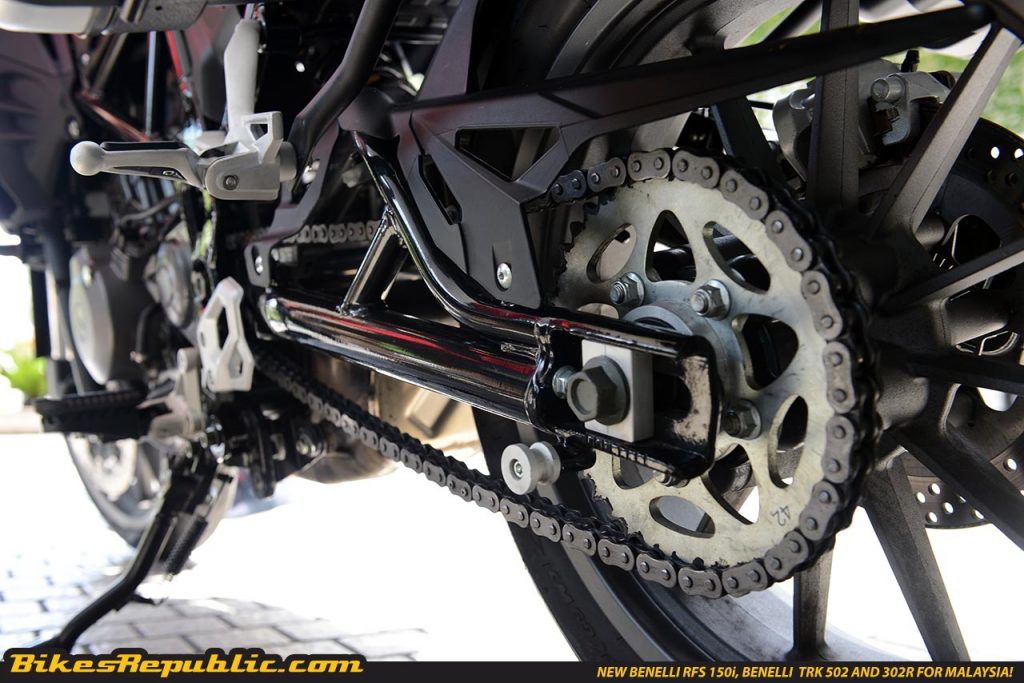 All in all the Benelli TRK 502 seems to be the ideal adventure bike for those looking to get into the segment with a unsophisticated machine with proven old-school technology. It is cheaper than the Kawasaki Versys 650 and there is still no news of Yamaha’s 700 Tracer, so that makes the TRK 502 the cheapest Adventure bike you can get in the market right now. 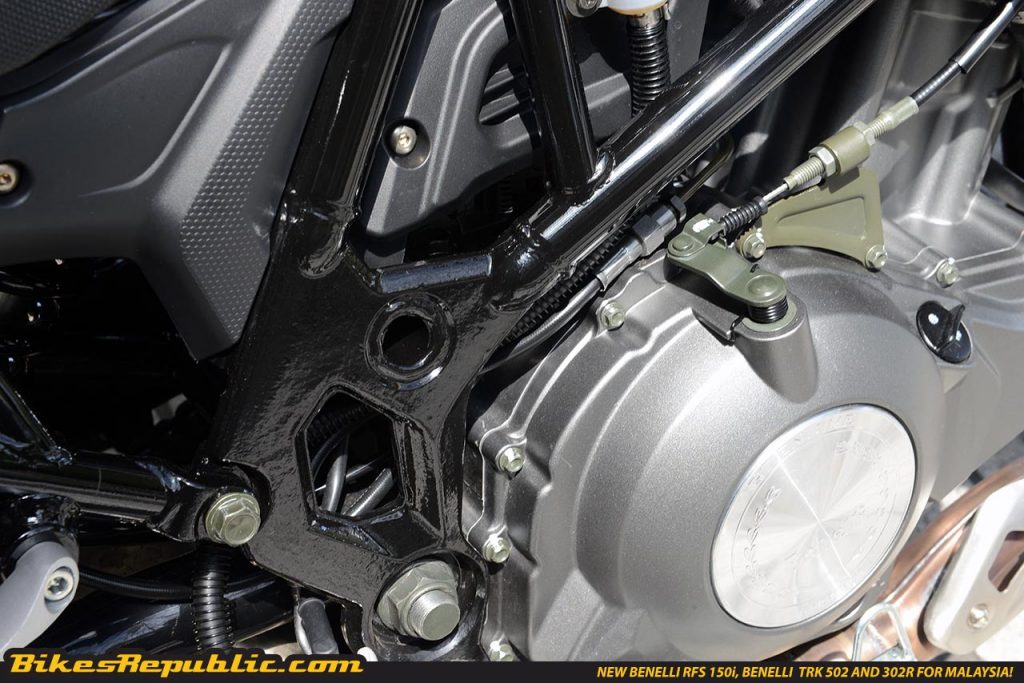 Complaints? Well I don’t quite like the patchy welding job and the frame could do with a bit more attention to detail, but that does not make this a bad motorcycle. Aesthetics aside, the TRK 502 seems to have it all, now we are just waiting on M Force Bike Holdings Sdn Bhd to make this bike available for a review so we can rack up about 1000 kilometers on it. We will be back with more on the TRK 502. 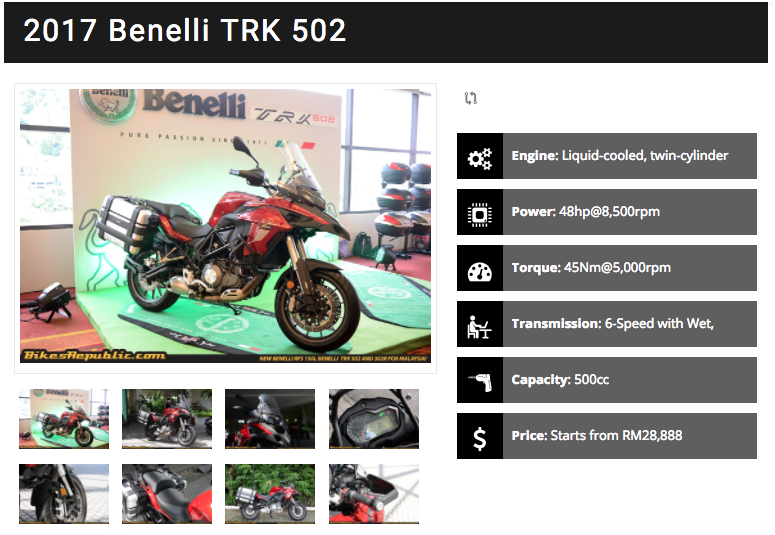 Click here to see the complete specifications of the Benelli TRK 502 and compare it against other bikes at the Bikes Republic Bike Buyer’s Guide!

Benelli Malaysia has strengthened its presence in Malaysia through a new distributor, click to read about the appointment of M Force Bike Holdings Sdn Bhd as Malaysian distributor.