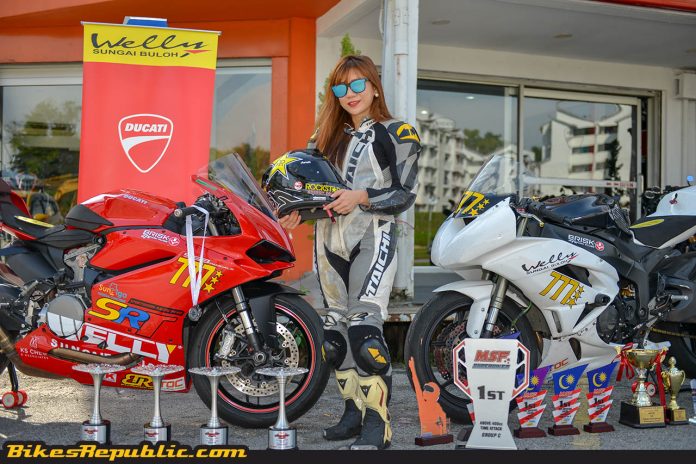 Racing is serious business. It takes years of dedication and preparation to make it to the grid, but being a race winner takes some serious focus. So it is only natural to assume that a champion would have taken years and years of preparation to reach the top step of the podium, just as Marc Marquez started when he was 3 years old. 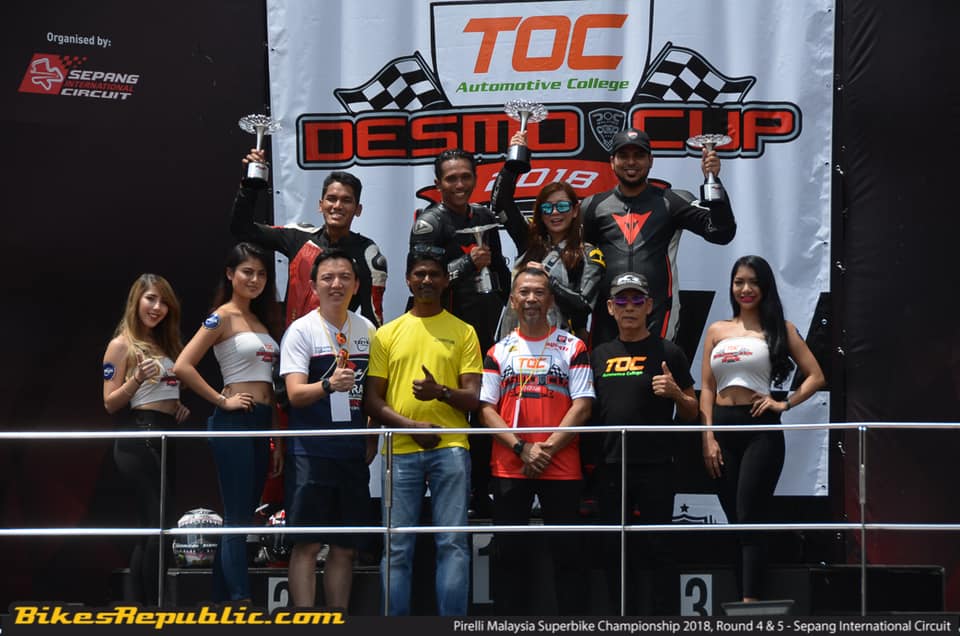 But then every once in a while comes a person who does not seem to have to try very hard to win, like that one person back in school who skipped classes, slept during lessons, yet still brought back perfect scores. A phenomenon of sorts that wins races with seemingly little effort.

And so, let me tell you about a pint sized race winning racer who looks like she obsessed over her nails, hair and skin too much to be hanging around a grimy race track. I want to tell you about Bee, arguably one of the most successful female motorcycle racer in Malaysia. It would take some serious silverware to get anywhere close to that title, but Bee obviously isn’t lacking on trophies. 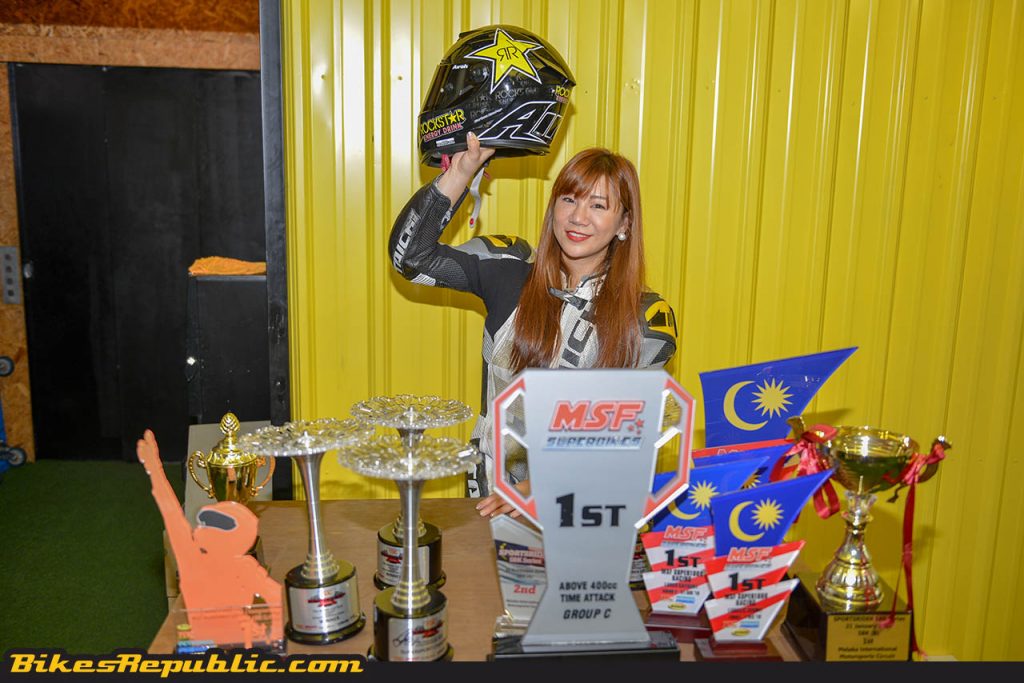 She racked up 10 race wins to her name in 2018, stepped on the podium 12 times, and also brought back two top five finishes. She races in the MSF Super 1000 Ladies category, the Ducati Desmo Cup, the Sportsrider SBK Series, and placed first in the MSF Superbikes Time Attack. Now that is quite a feat considering Bee has only been riding superbikes since 2017. 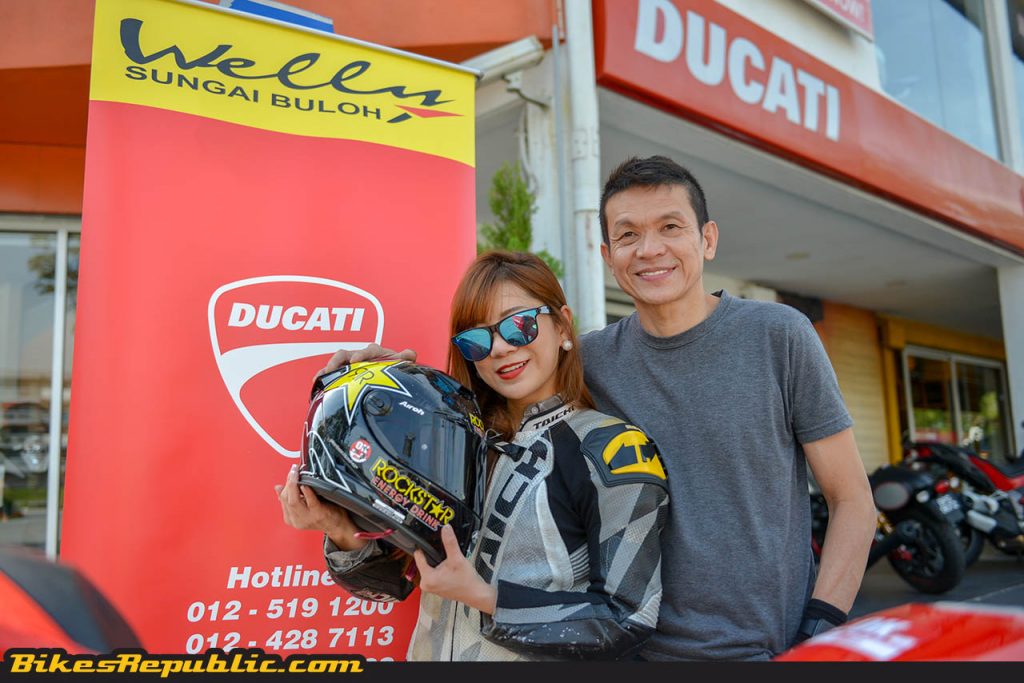 Bee, who races a Ducati 959 Panigale, is the daughter of one of the most well known motorcycle dealers in the country, Ngo Yoke Kwang or more affectionately known as Ah Kwang, owner of Welly Sungai Buloh, a company that operates a Ducati, KTM, Moto Guzzi, Aprilia and Yamaha dealership. She works with her father as an Aftersales Administrator and is in charge of the service centre.

So what made her hang the heels for riding leathers? “My customers are always inviting me to go riding, and after a while I simply got frustrated as I could not ride. So I went and got my riding license and started private coaching at the Malacca International Motorsport Complex (MIMC),” explains Bee.

As sweet as it all sounds, it has not been an easy ride for Bee. Her parents were never supportive of her new found passion. “I really had to convince them that I am a safe rider, I had to show them that I am always using full riding gear when I ride. And I do not ride on the road, I think it is way too dangerous and prefer riding on track where there is always someone to help you in case you fall,” said Bee.

Bee says that her parents were so unsupportive that she was in total disbelieve when her father appeared at the Sepang Circuit during the final round of the Ducati Desmo Cup 2018. “He has never attended any of my races, so when he appeared there with food in his hand, I was in shock. Even at the starting grid, you could see he was nervous but he did give me a pat on the back for encouragement. But I would like to thank my dad for making this all happen, he may not support it but he did end up sponsoring me for all the races. He also gives me a lot of advise on race craft such as when to overtake, braking and helping me to prepare mentally and physically before every race” 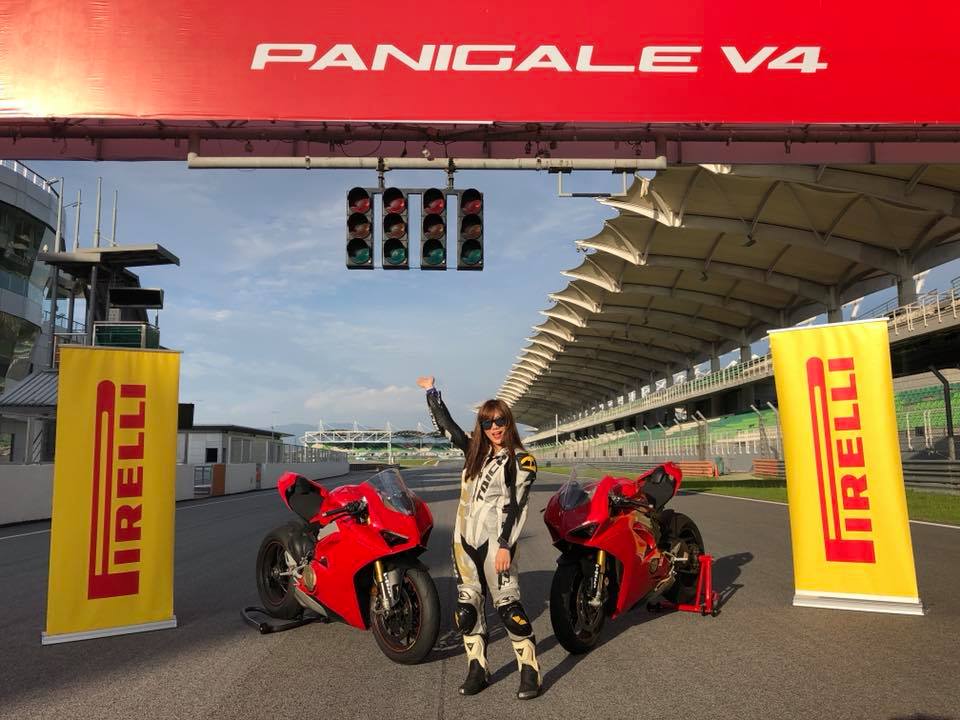 As we chatted, I asked her what was the most difficult part about being a female racer, her reply almost knocked me off the chair. “Menstruation of course!”

“Do you know how difficult it is to focus on a race when you have menstruation cramps? It is really hard, but it makes the wins a lot sweeter.”

“I also have very small hands and this makes reaching out to the clutch and brake more tiring during the race. I tried adjusting the levers but its not much help.” 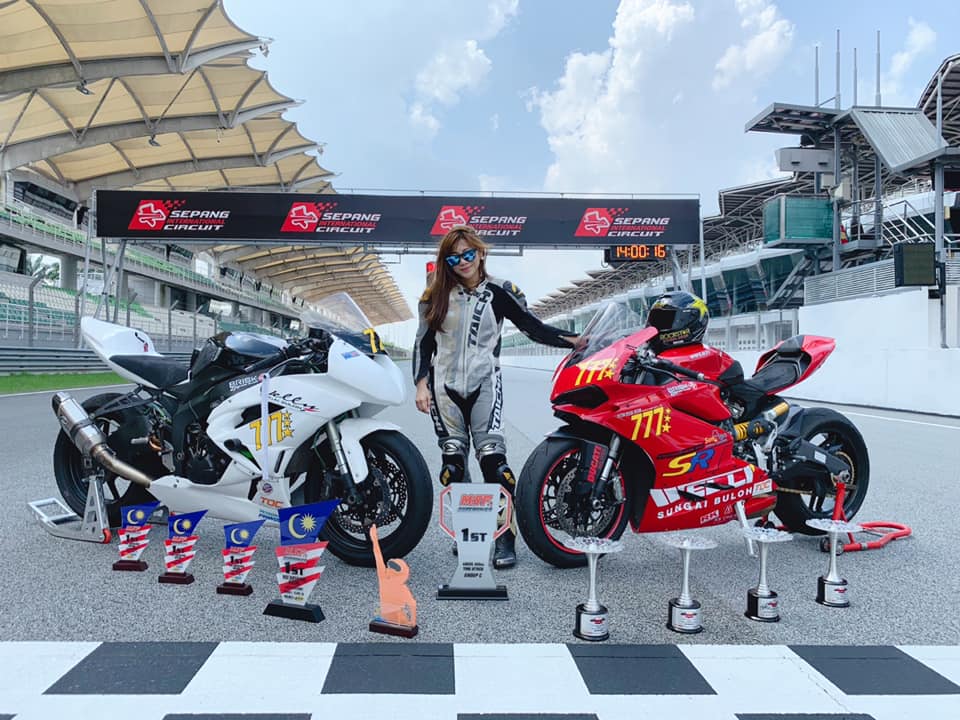 So what advise does this obviously talented racer have to share with people who wish to ride motorcycles? She says, “I haven’t been racing for long enough to give proper advise but for girls who want to start riding and racing bikes, I would say just follow your heart and go for it, just make sure to get the proper coaching, get the right lessons and then go out and enjoy yourself.”

It seems like she has almost achieved everything there is to achieve for a female racer in Malaysia bar dirt biking, so what’s next for Bee? “I am not sure which races I want to compete in as yet, but I am thinking of going riding at foreign circuits like Philip Island or Zhuhai or even Buriram to get more experience.”

The lady obviously has more raw talent than most guys but perhaps it is also because she is so fearless in what she does yet never forgets to have a good time. Her social media postings show her approach to life, she simply does not take it so seriously yet gives it everything she has at the same time. And her results on track speak for themselves.

My colleague Wahid summed it up perfectly when I told him that I had just returned from interviewing Bee, “oh man, that girl, she is fast and so damn fearless!”