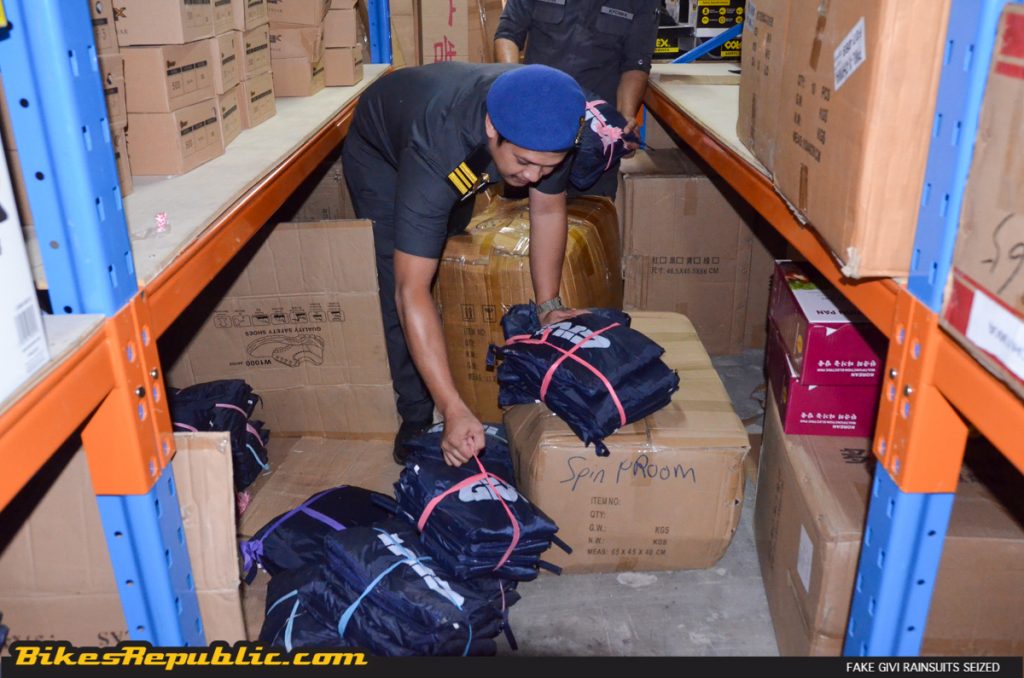 Trustees of the GIVI brand had tipped off KPNKK after finding the suspect selling fake GIVI rainsuits on the 11Street.com online shopping platform.

KPDNKK proceeded to stake out the business owner’s modus operandi since May 2017, discovering that he had stored the fake GIVI rainsuits at his personal premises before transferring them to the rented warehouse in Kepong where they will be dispatched to the respective customers.

A total of nine uniformed KPDNKK officers descended upon the warehouse at 11am, which they found locked by with a keycard access. The GIVI representatives who were present identified themselves to the workers at the premises but were refused entry. The business owner showed up 15 minutes later and was requested access by the KPDNKK officers.

Upon gaining entry, the officers called upon the GIVI representatives to identify the products, at which point the business owner became belligerent and cut off the power supply, in an attempt to make off with the fake products through the backdoor. He even tried to provoke the parties by threatening that he had gangsters in two cars on standby to intervene. 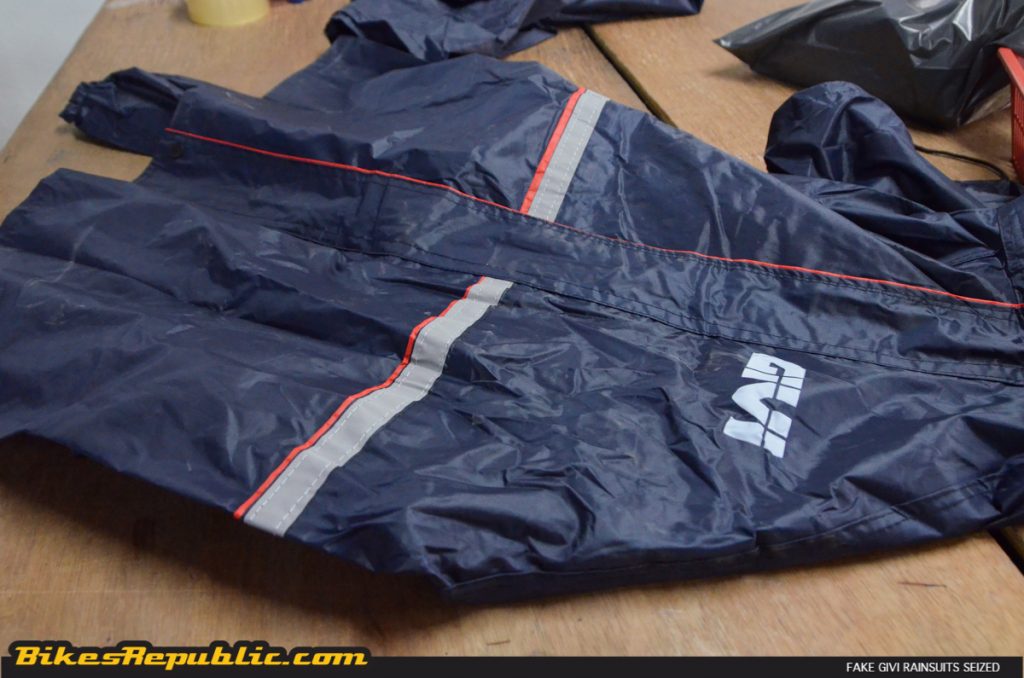 A negotiation ensued among the officers, GIVI representatives and the businessman, resulting in the fake GIVI rainsuits being seized and a hefty fine issued. 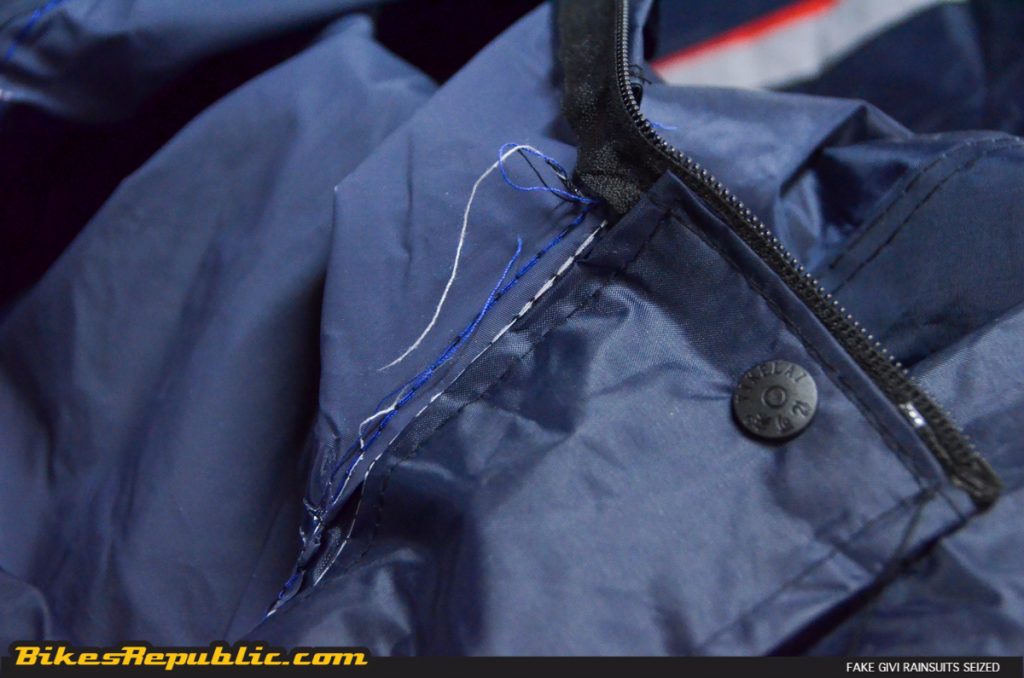 The owner will be charged under Sec. 8(2) of the Trade Descriptions Act 2011 (Akta Perihal Dagangan 2011), pertaining to counterfeit goods with intellectual property infringements.

Under the Act, the business owner stands to face a fine of up to RM10,000 per item, or a jail sentence of not more three years, or both; for the first offence. 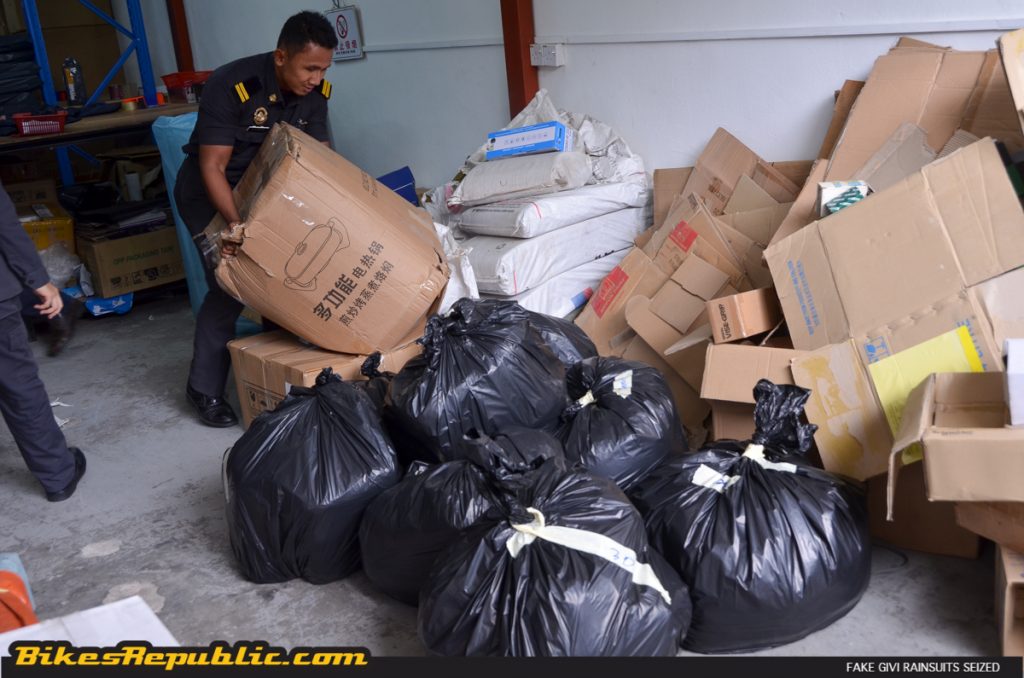 A total of 445 pieces of fake GIVI rainsuits were seized, worth RM22,500 on the market.

As a piece of advice: Buy GIVI goods from GIVI Point concept stores or official GIVI dealers. Please follow GIVI Malaysia’s official Facebook page (click here) to identify the original items. And remember, if a product is too cheap to be true, it usually is.