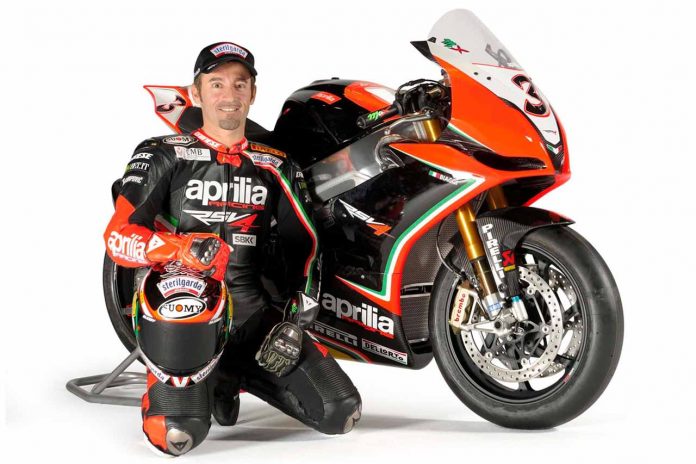 Multiple Grand Prix and World Superbike champion Max Biaggi says he would ride the Aprilia Tuono if he lived in Kuala Lumpur. 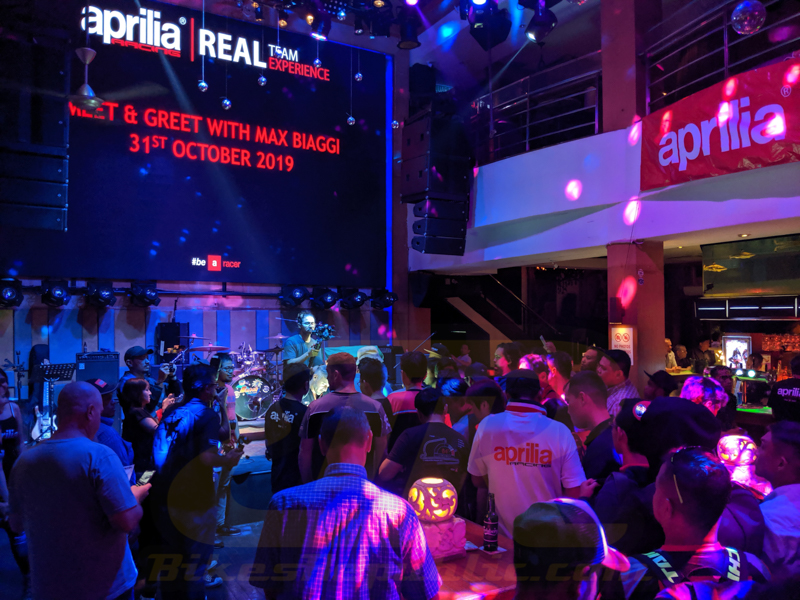 Held at The Beach Club, Kuala Lumpur, the event was attended in masse by the Aprilia Central Riding Club (ACRC) who organised a convoy there. They were rewarded with Q&A, autograph and photography sessions with the GP great and WorldSBK legend.

BikesRepublic.com and our sister site, MotoMalaya.net was given an exclusive interview with the GP legend and also the new Aprilia Racing Team CEO Massimo Rivola. 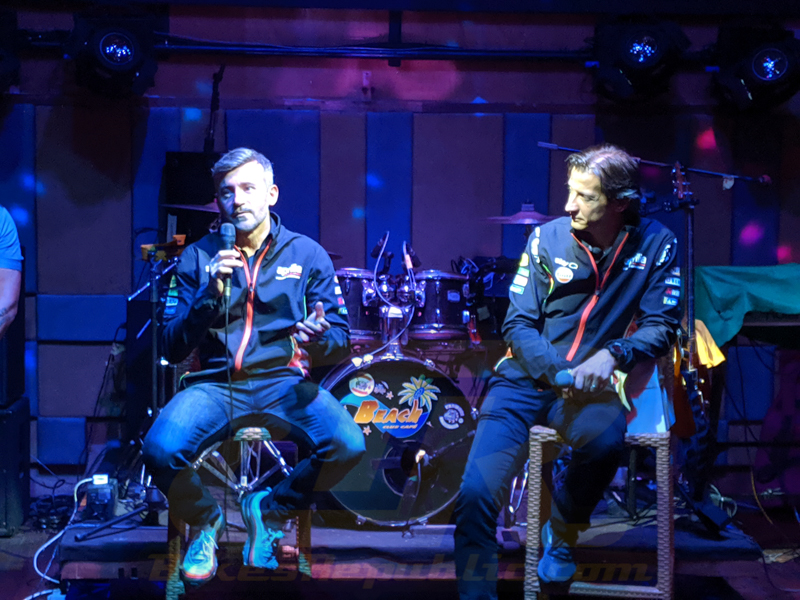 We spoke about Aprilia and the factory’s effort in MotoGP, plus other things, but also we felt that there ought to be a connection from the Aprilia track bike to the road bikes.

Here’s the transcript of the interview:

BikesRepublic.com (BR): You’ve been to Malaysia many times. How often do you visit the country nowadays?
Max Biaggi (MB): I normally only visit once every year. In the past it was two, three times a year because also we did Winter Tests.

Even Sepang (International Circuit) which is a much bigger track, it’s a nice place to be.

BR: How has Malaysia changed, in your opinion?
MB: Big difference. Motorsports has really stepped up. I remember 24 years ago, there were no more than 20,000 to 30,000 people watching. But now, the weekend last year was over 100,000. I know there’s a big investment in motorsports and you can see the results now. 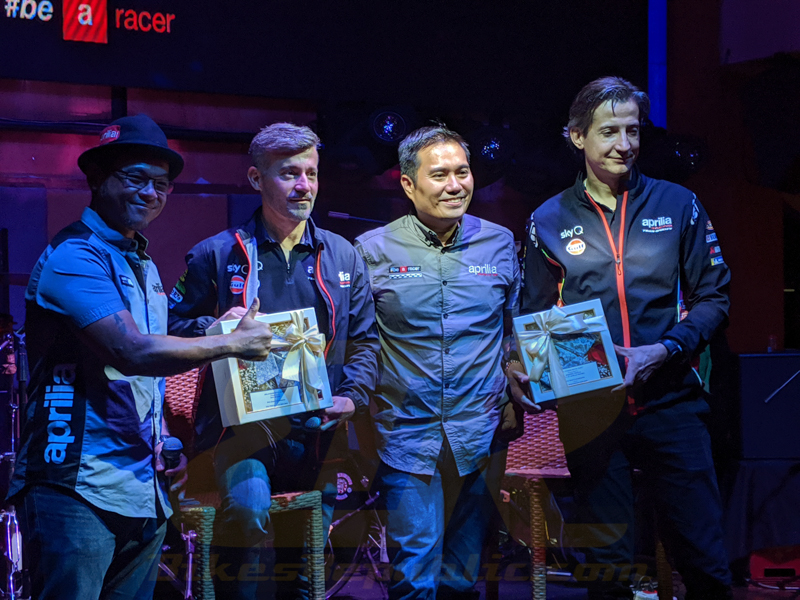 BR: Do you come here for holidays?
MB: No, normally for racing activities in January or February to work with Aprilia Malaysia.

BR: How has 2019 for you with your venture into Moto3 (race team)?
MB: This is another part of my life. To be on top of this thing (running a Moto3 team), the first time in the World Championship was very new for me. But I have good people and I can work with them, and we have one of the best riders in Moto3. So, we have an excellent year one. We didn’t win the title, but I didn’t expect that, really. But I see good performances for the rider and team so I’m looking forward to 2020.

BR: If you could’ve done anything differently, what would it be, since it’s the end of the season?
MB: It’s difficult to change something when the thing’s already done. A few changes here and there but nothing really big. Next year will be two riders and again a new story. We’ll see.

BR: We have one very important question — some of our readers are curious to know. If you were living KL (Kuala Lumpur), what motorcycle would you ride?
MB: Whoa, very difficult question! Here I don’t see big bikes very often. Maybe (I’ll ride a scooter). Scooters can be one of the possibilities (the Piaggio group produces many models of scooters – Editor).

But maybe the future here would change and become more like European cities. So, big scooter, big size motorcycles.

BR: If you could choose just one model?
MB: If it was up to me here in KL, I would use the Tuono (Aprilia Tuono V4). It’s because the handlebars are higher, straighter riding position, easier to ride, nice torque. This would be my favourite. 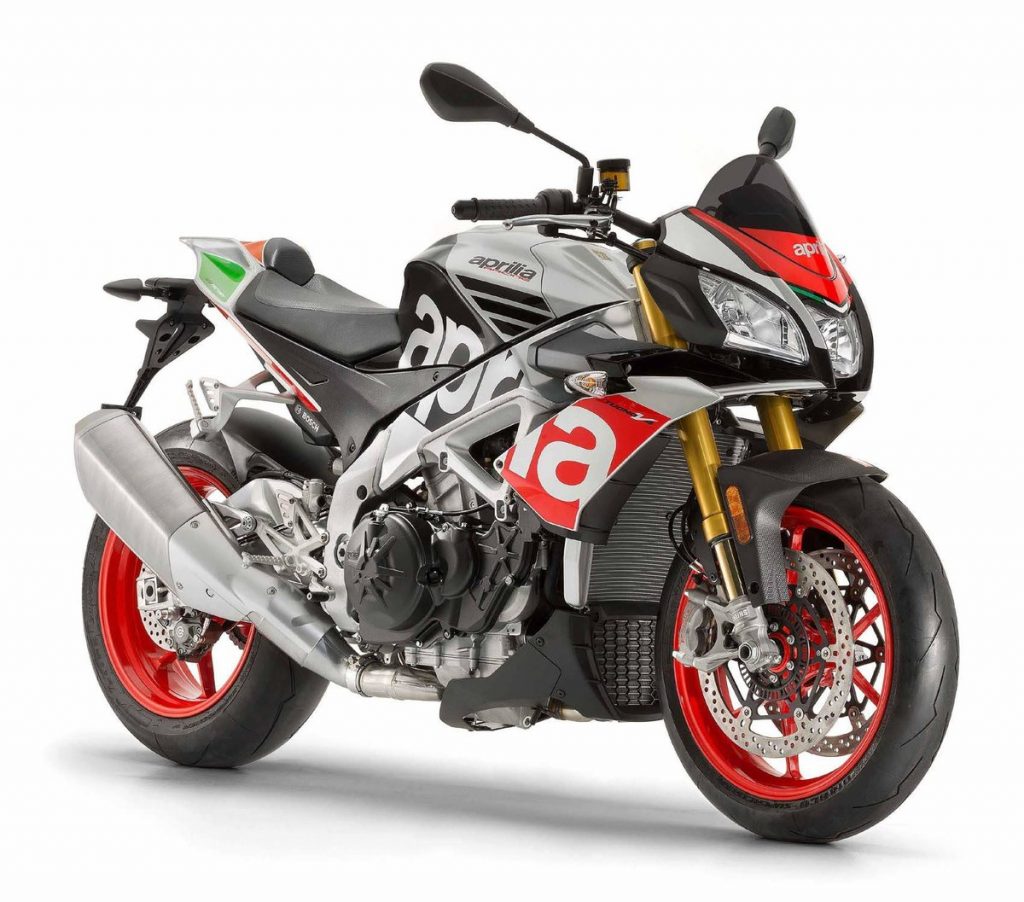 BR: Since you’re not riding competitive anymore? Do you still ride as a leisure activity?
MB: Yes, I use the Aprilia RSV4 X. Aprilia only produced 10 of them. It’s one of the most fun bike to ride — it was the closest to the RSV4 World Superbike but you can use it. When it ride the bike, I ride it only on the track because that’s what I like the most. 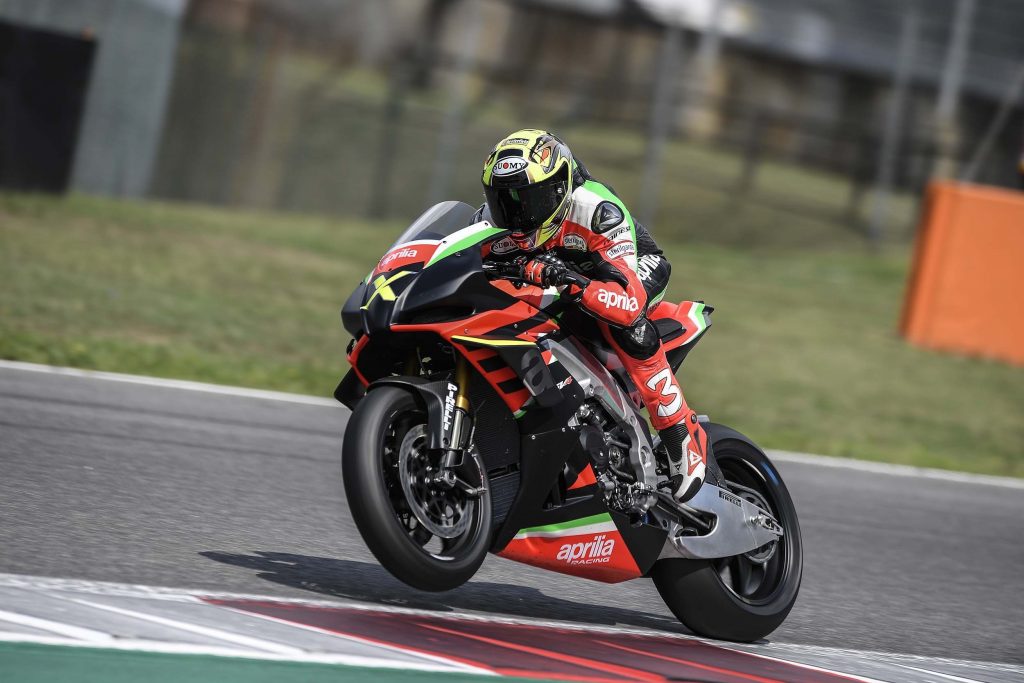 BR: Most professional competitive riders don’t ride on the road but they are really fast on the track. Why do you think it’s so?
MB: Maybe it’s because when you became a pro rider, you know the street is not that safe and safety is important. The track has a permanent track, you know the people who you are riding with. Of course it’s nice to travel on a bike. I would use the bike to go travelling far away.

BR: Compared to when you were racing 20 years ago,  how has motorsports changed?
MB: Big changes. Here we are it’s gone from two-strokes to four-strokes and bigger bikes, and now the world of electronics. A lot is controlled by electronics. A good electronic system can make difference performance from one bike to the other. The lean angle now is near 70 degrees (from vertical) which 20 years ago you cannot imagine going near that far. But it nice, they do a lot of trick. New riders, new technique but you can always see the same speeds. They compete for the title but are very close.

BR: So, riding has changed and not just the bikes?
MB: Riding style has definitely changed and it’s changed in a good way because they can go faster. If they used the old style, they couldn’t. Also the tyres have changed. Everything’s changed. 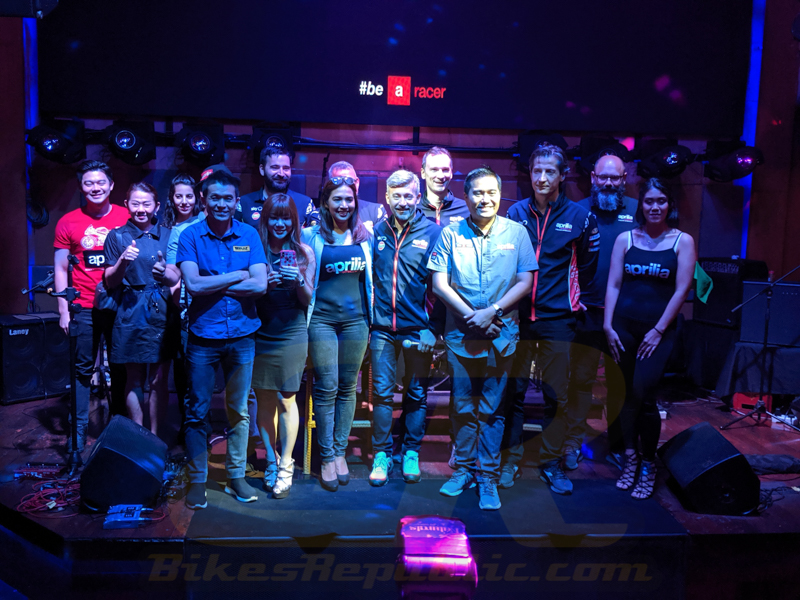 BR: A question for (Massimo) Mr. Rivola. How has 2019 been in your opinion?
Massimo Rivola (MR): 2019 has been an interesting year. Really challenging. But I have to say overall it’s a positive year. The good thing that I can say for sure is that I feel a lot of respect for Aprilia. I feel that more and more the respect is increasing.

The history of Aprilia is quite unique and nobody has our history. Thanks to Max, in fact. There’s a hope that our history can come back. My mission is that one, actually.

BR: Coming to Malaysia from four wheels to two wheels (racing), is it the same or is it different… How do you experience Malaysia differently?
MR: My first time in Malaysia was in 2000. It was when the new track was open for Formula 1 racing. In the beginning at the Sepang track the grandstand was not fully occupied and that now, yes. The spirit around MotoGP is even more passionate than Formula 1.

I think motorbikes are closer to spectators and public. The spirit is different. Formula 1 and MotoGP are different but the latter is more special from this point of view.

BR: Maybe it’s because Malaysians love their motorcycles more than their cars?
MB: Yeah maybe almost everybody here rides a scooter or moped or motorbike, but yes it’s something you can see the riders on the bikes up close.

BR: One last question for Max. We are now seeing many riders in Malaysia. Is there any advice that you can give to our riders — those who are casual riders (not racers)?
MB: You can more and more people using bikes in this part of the world than 20 years ago. I see many people come to MotoGP so they passion for the sport. I hope to see them riding big bikes in a few years because this is the way to go up. In Europe and America the bikes are 600cc, 1000cc. They need to try these bikes. If they try they will surely like.