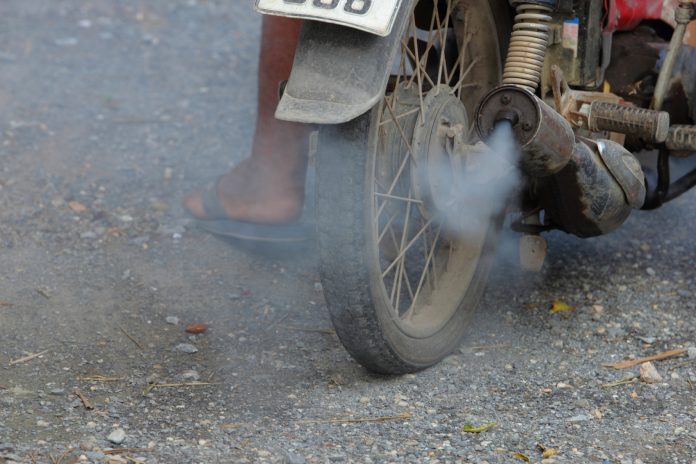 This article should’ve been published some time back, but there’s still time since the Euro 5 emission standard takes effect from 2020. Surely, you’ve seen the “Euro 5” term in reviews and new model launches.

An internal combustion engine turns fuel to energy which turns the wheels. But the burning of fuel releases by-products, but the six most polluting ones are:

CO2 is the primary product when the carbon in fuel isn’t combusted completely, since carbon is 60% to 90% part of fuel (petroleum is hydrocarbon). Internal combustion vehicles contribute the largest amount of CO2.

CO2 has long been proven as a greenhouse gas, which traps infrared radiation escaping from the surface of the earth and causes the atmosphere to heat up. In other words, it makes the world hotter and hotter. Such phenomenon is demonstrated on our planetary neighbour Venus. Its atmosphere is so hot it can melt lead (lead’s melting point is at 327.5 degrees Celsius).

Atmosphere heating leads to climate change as in mega droughts in one location, abnormal rainfall in another. The ice caps will eventually melt, causing worldwide megafloods. No, we didn’t get that from disaster movies, but from documentaries.

CO is colourless, odourless and tasteless gas, unlike in movies.

Although CO is not common is large quantities in ambient air, it can be poisonous even to healthy individuals. Prolonged exposure or exposure to elevated levels can lead to:

You see, our blood cells called Hemoglobin (no, not the antagonist in Spider-Man) is an iron compound which carried oxygen (O2) from the lungs to tissues. It then transports CO2 back to the lungs to be expelled. Hemoglobin has a 240 time more affinity (attraction to) CO than to oxygen. As our total Hemoglobin is finite, the amount available to transport oxygen is reduced.

In worst cases, CO leads to death. Exposure to CO in enclosed spaces will first lead to drowsiness, fainting and death. The victim’s skin will turn flush red.

SO2 is part of the family of sulfur oxide gases (SOx). The kicker is these gases dissolve easily in water and form acids. Sulfur is prevalent in all raw materials including crude petroleum, coal and metal ores such as aluminium, copper, zinc, lead, iron.

So, combustion of fuel produces SOx gases. These gases mixes with water vapour, other gases and particles in the atmosphere to become sulfates. Know the term acid rain? This is how it’s made.

NOx is the general term for a group of highly reactive gasses that contain nitrogen and oxygen in varying amounts. Many among them are colourless and odourless. The form when fuel is burned at high temperatures, as in the combustion process. In fact, NOx is the largest form of emissions from combustion (up to 90%).

The most common form known nitrogen dioxide can be seen above our cities on certain days as that reddish-brown layer, which is also called smog. It’s the product of NO2 mixing with ground-level ozone and particles in the air.

It gets worse that blocking out a clear blue sky.

Long-term exposures to NO2 may lead to increased susceptibility to respiratory infection and may cause irreversible alterations in lung structure.

It destroys the environment, too. NOx is also a precursor to acid rain and ozone.

General term for mixture of solid particles and liquid droplets found in the air. Some are large enough to be seen as dust or dirt. Others are only detectable with an electron microscope.

There are two sources of PM:

Particles smaller than or equal to 10 µm (micro metre or millionth of a metre) can be ingested into the lungs and cause health problems. They aggravate respiratory conditions such as asthma and bronchitis, and have long been associated with irregular heartbeats and heart attacks. Short-term exposures can also be associated with health problems.

These are just the basics! It’s so easy to forget about how polluting it is when we twist that throttle. But that’s what emissions standards are for: They’re there to specify lower emissions for the betterment of our planet and lives.

These emissions standards give rise to emissions control components such as the catalytic converter. So, you might want to think twice before you “de-cat” your bike or car.

That’s it for now, we’ll see what Euro 5 stipulates and how it impacts the motorcycle manufacturers and consumers.