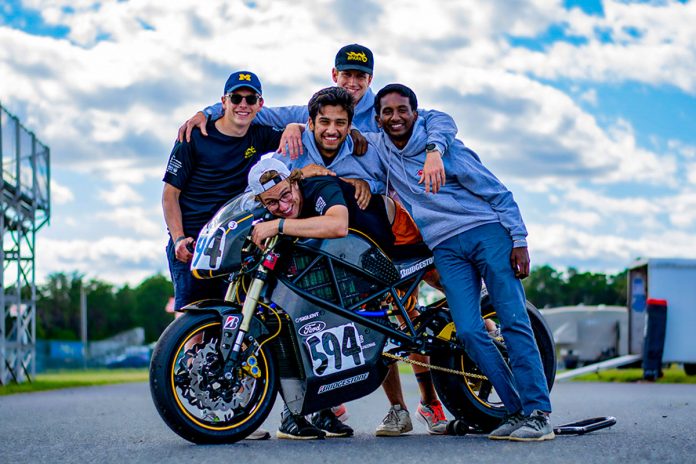 The University of Michigan’s SPARK Electric Racing Team is ready to take on the Isle of Man TT (IOMTT) challenge with an electric race bike.

The engineering students from the University of Michigan have been experimenting with their electric bike build since 2013.

They even ended 2022 on a high, taking home second and third place in AHRMA’s Formula Lightning race in New Jersey thanks to an electric race bike called the Atlas.

However, their biggest aim is to compete at the 2024 IOMTT.

Despite not having the most considerable resources like a full-time race outfit, SPARK is adamant that their next electric bike project has what it takes to compete at the world’s greatest road race.

Meanwhile, the Atlas was a success at the Formula Lightning Race. The bike features a custom trellis frame and can do 0-100km/h in less than three seconds. SPARK’s claimed that the race bike makes 125hp and 119Nm and can hit a max speed of 257km/h.

It also features other top-of-the-line components, including Brembo, Ohlins and Galfer.

However, for the 2024 IOMTT, SPARK is building something even more powerful called the FBS, which stands for “Future Racing Bike of SPARK”.