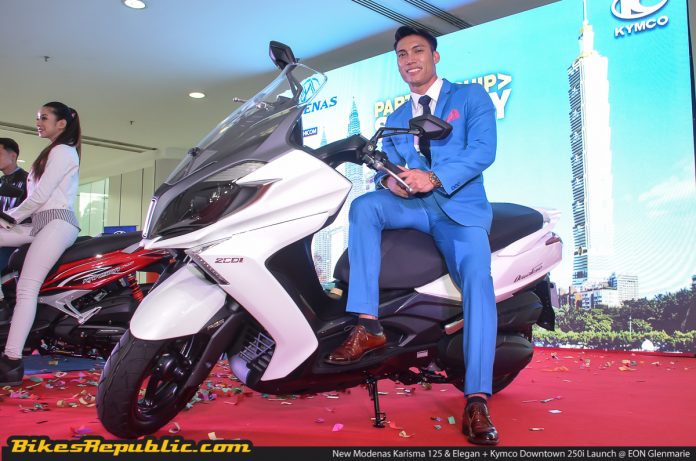 EMOS begins Kymco distributorship in Malaysia after launching new Kymco Downtown 250i at RM22,790 (with GST). 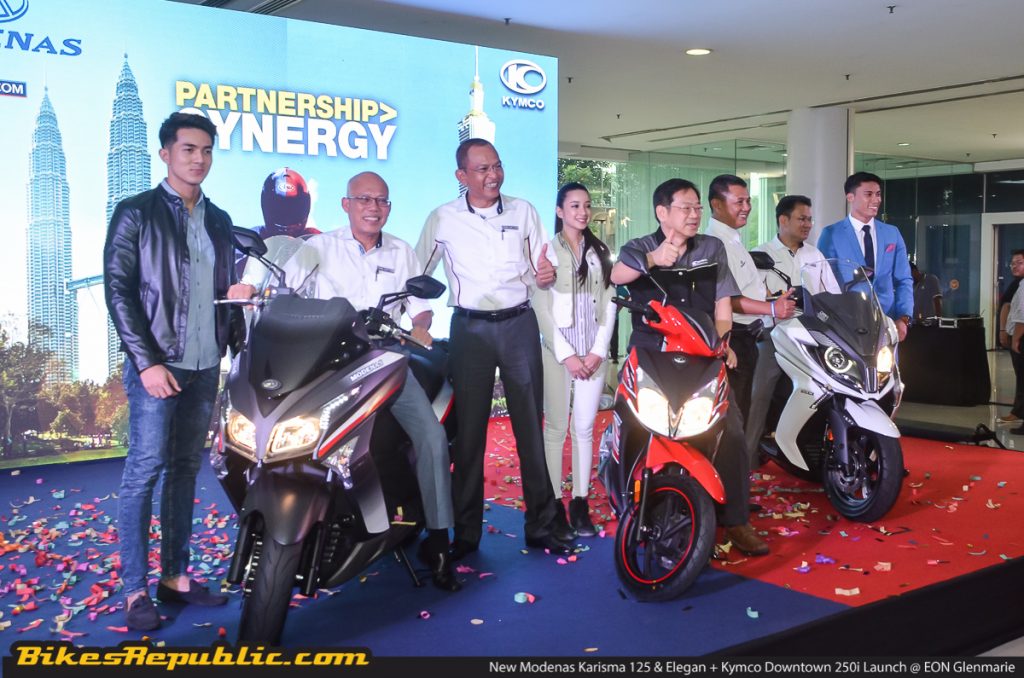 Also launched alongside the new Modenas Karisma 125 & Elegan 250 earlier today was the Kymco Downtown 250i scooter. This is the first new model launched by the Taiwanese brand’s newly appointed Malaysian Distributor EMOS.

If you didn’t know, EMOS (Edaran Modenas Sdn Bhd) is the distribution arm of national motorcycle maker Modenas (Motosikal dan Enjin Nasional Sdn Bhd). Both are under the reigns of mother company DRB-HICOM. 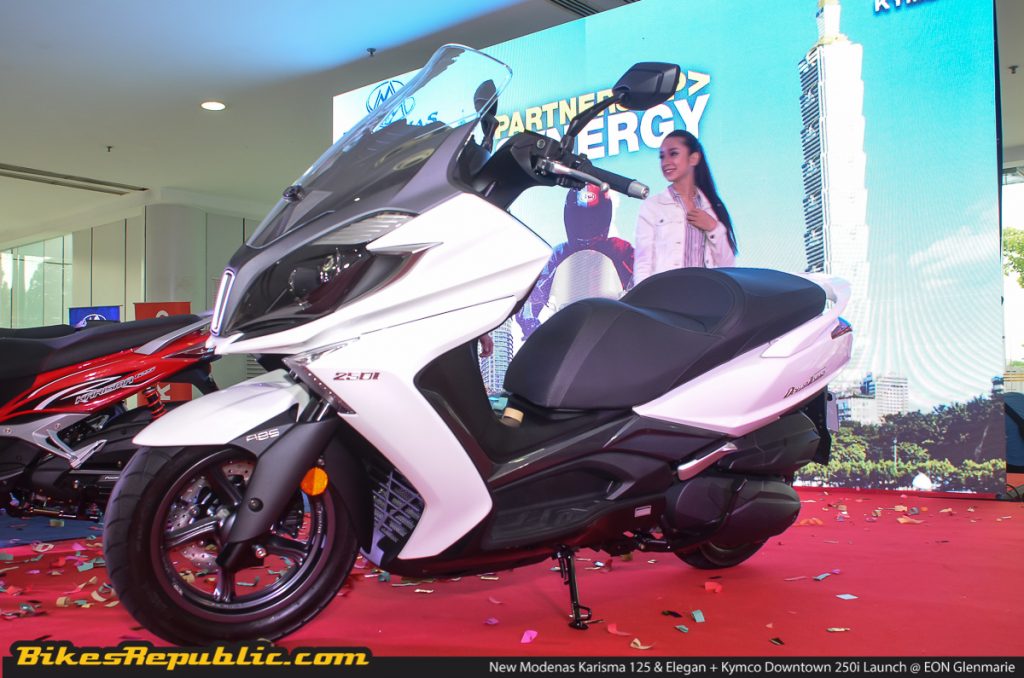 Back to the Downtown 250i and the model is now available for purchase via EMOS’ network of 30 authorised dealers nationwide. This is in fact the downsized quarter-litre version of the Kymco Downtown 300i that the Taiwanese firm retails globally. 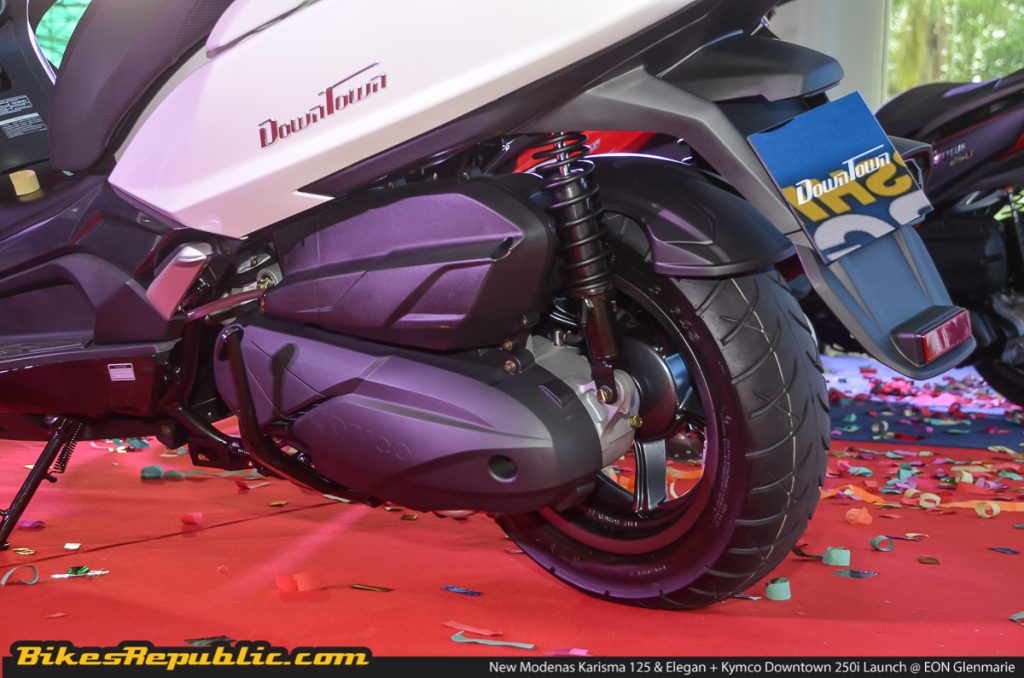 It comes powered by a liquid-cooled four-stroke 246.3cc (250cc) OHC single-cylinder powerplant primed with electronic fuel injection. It healthily makes approximately 22.6hp @ 7,750rpm. The mill is paired with a CVT automatic to bring its claimed nett weight of 178kg up and about. 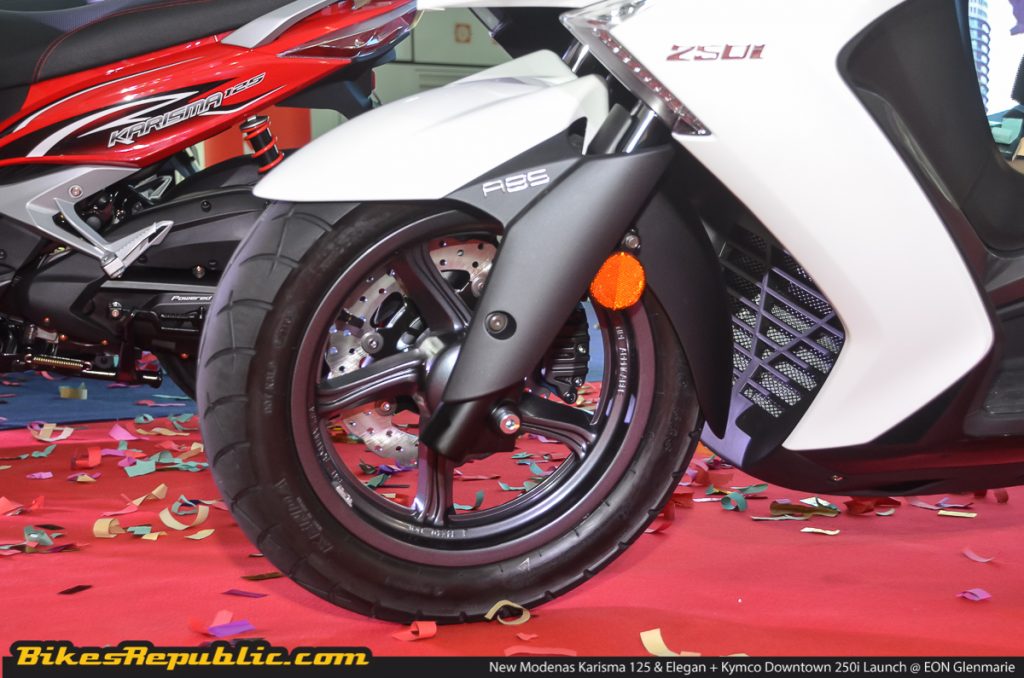 The chassis is brimmed with telescopic forks up front and a double swing with five-step pre-load adjustment at the rear, with the Malaysia-flavoured model getting a single-disc front and rear braking setup that’s supplemented with ABS. It is also brimmed with a decently large 12.5-litre fuel tank as well. 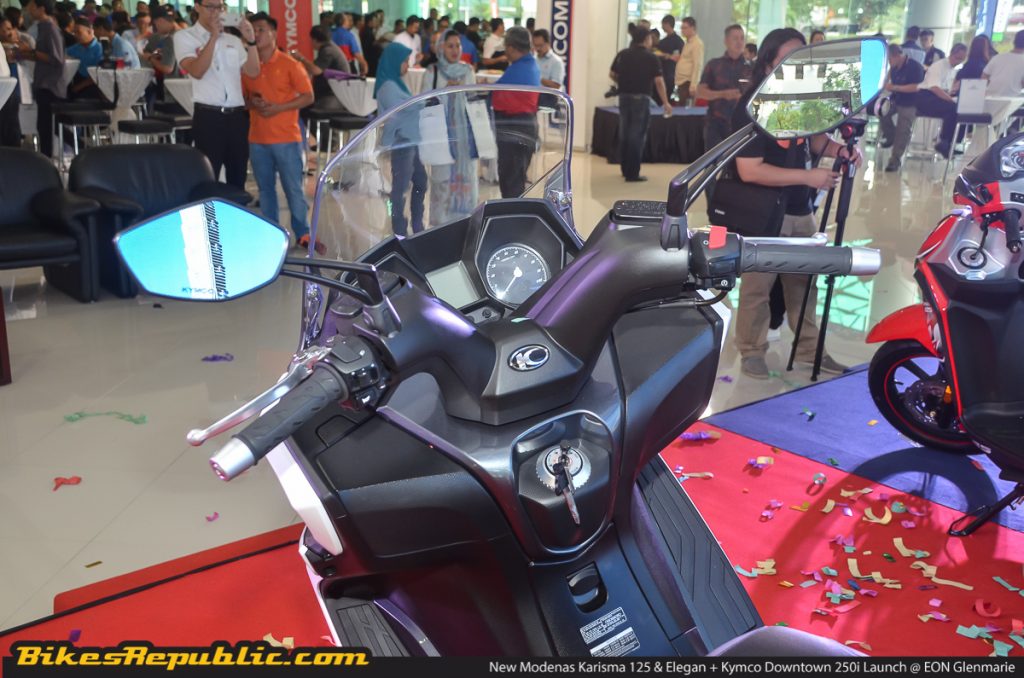 Notable traits include its twin halogen headlamps design paired with an equally stylish tail light graphics. There’s also two glove compartments in the dash with one primed with a USB charging port as well. The large under-seat storage space can hold up to two half-face helmets whilst the instrument panel also features a digital LCD multi-info screen to supplement its analogue speedometer and rev-counter. 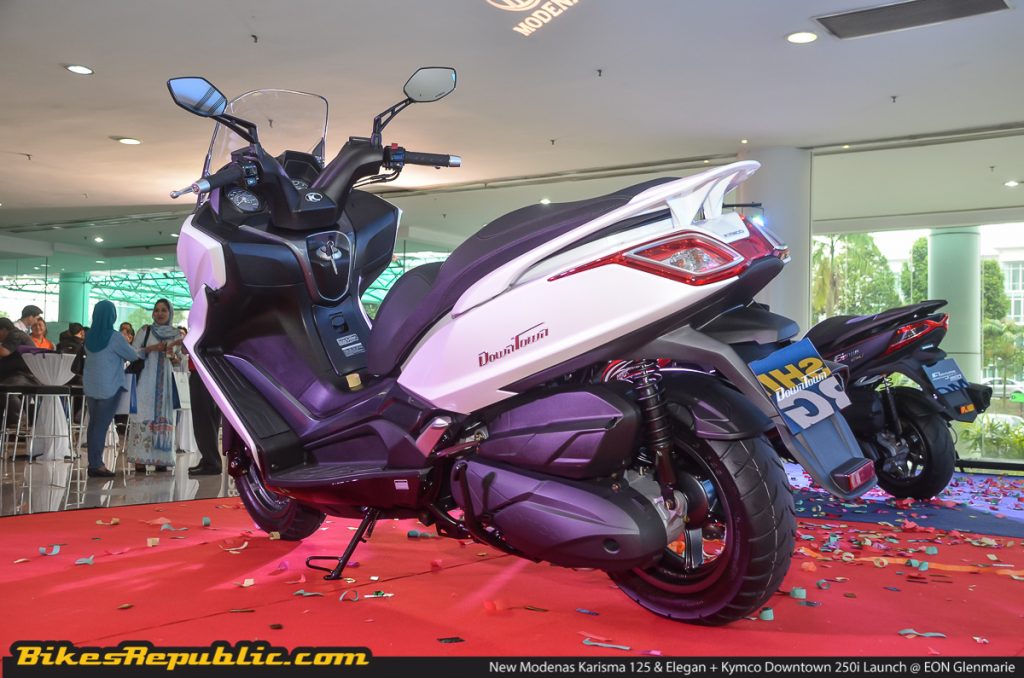 For the new Kymco Downtown 250i, EMOS has set basic sales price of RM22,790 (with GST). Check out more images of the new Taiwanese brand’s scooter in the gallery we’ve prepared below.