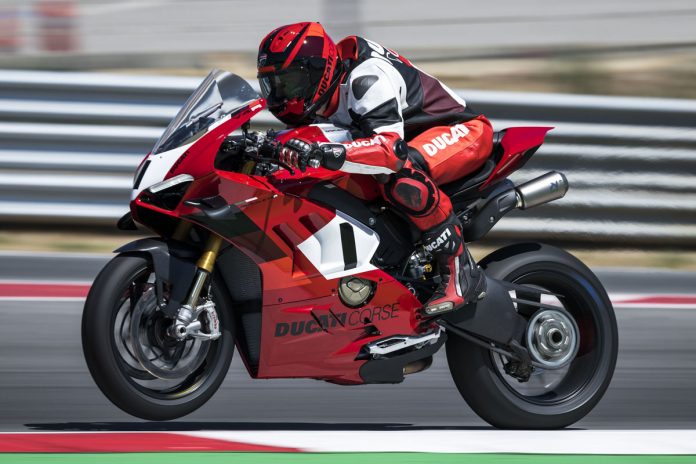 The fourth episode of the Ducati World Premiere web series takes us to the unveiling of a more powerful Ducati Panigale V4 R. 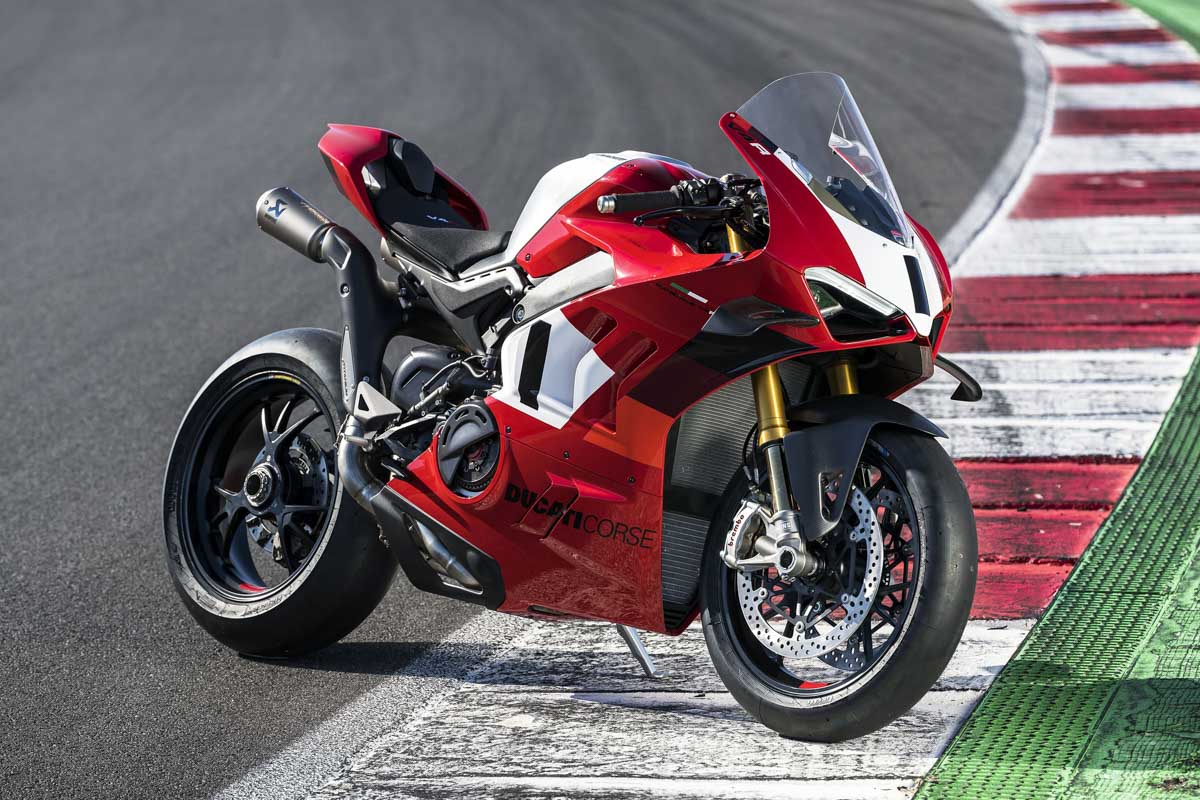 The introduction of the 2023 model year Panigale V4 R continue to set a new mark for Ducati’s racing department.

Ducati has seen remarkable results this season at the 2022 WorldSBK, with the current Panigale V4 R at the helm of Alvaro Bautista leading the championship with a massive gap. 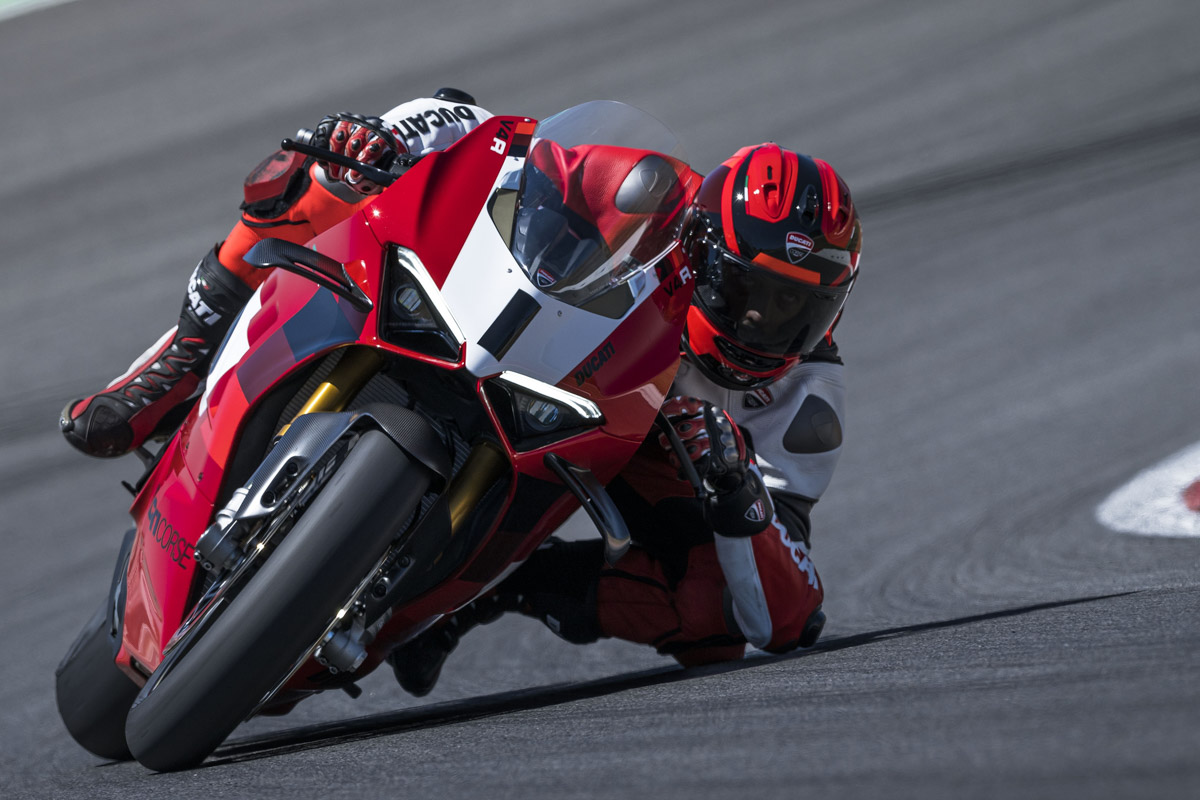 Watching Bautista flying by rival teams in a straight line is nothing short of excitement, but that doesn’t stop Ducati from upping the ante with the 2023 Panigale V4 R. 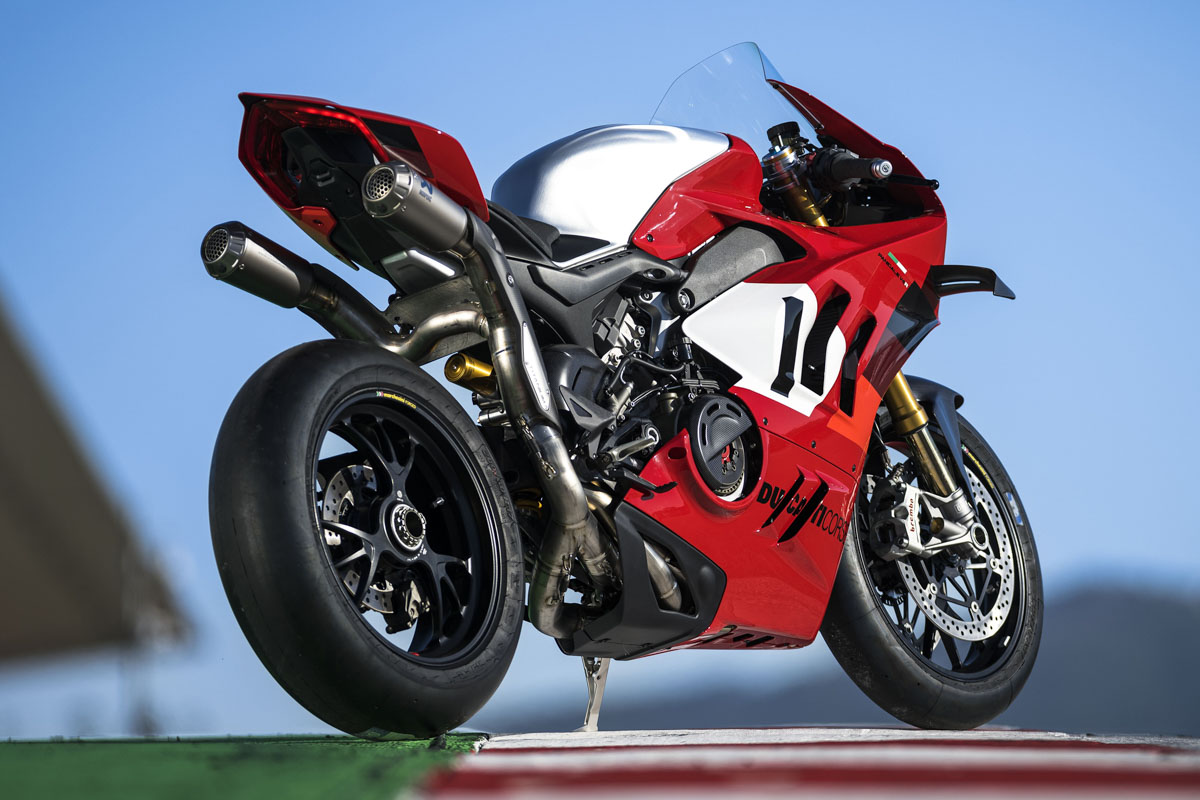 However, by adding a new racing exhaust combined with Shell-developed fuel, the new Panigale V4 R can hit a peak power of 240.5hp.

The additional power is boosted by the use of gun-drilled titanium connecting rods and DLC-coated pistons, which Ducati claimed is a first for a road bike even though the technology is common in MotoGP machines and Formula 1 race cars. 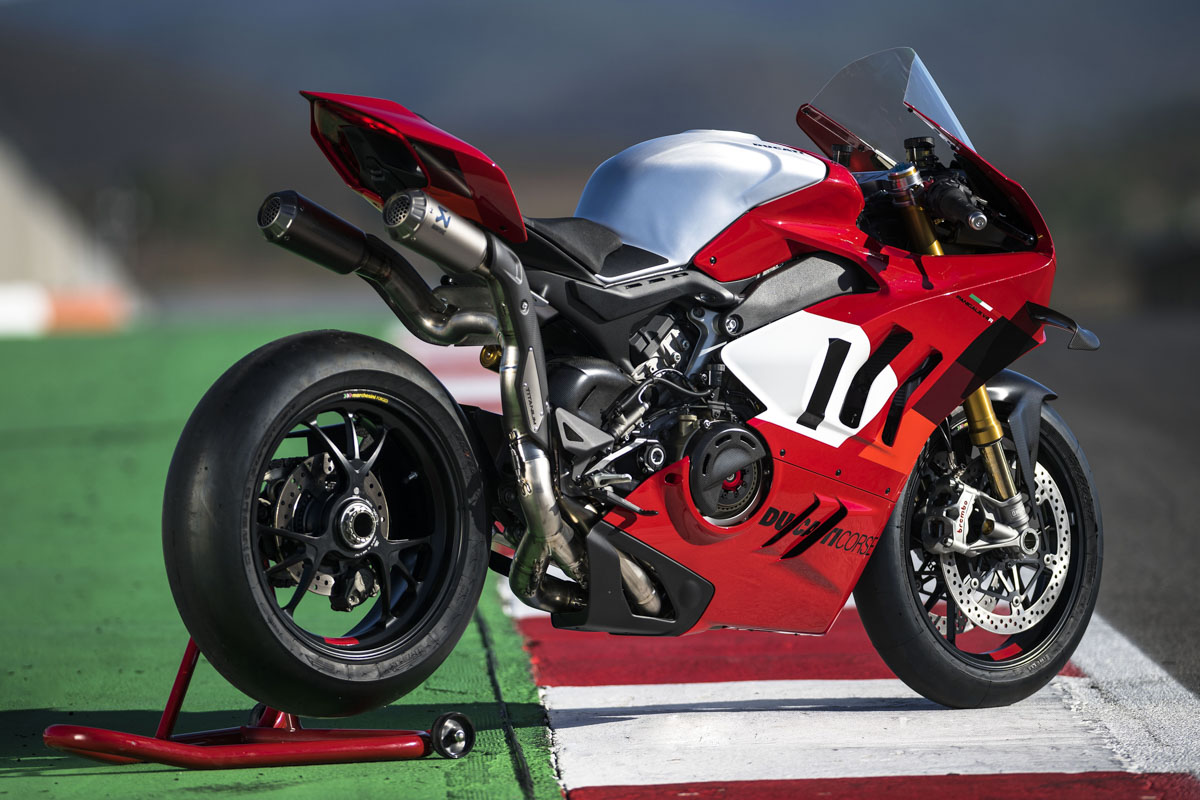 Thanks to a new piston geometry, Ducati also reduced the inertia significantly and the weight by 5g.

In addition, the 2023 V4 R gets new engine modes with ‘Full’ and ‘Low’ added to the existing package. As the name goes, the ‘Full’ mode unleashes the full power of the V4 R while ‘Low’ reduces the power to 160hp, allowing for a calmer riding experience on the road. But hey, who are we to tell you not to go full blast on public roads?

Ducati also revised the Ducati Quick Shift system to allow for a smoother shift during partial and full throttle.

The 2023 Panigale V4 R remains faithful with Ohlins suspension, but the travel in the NPX25/30 pressurised fork is increased by 5mm. 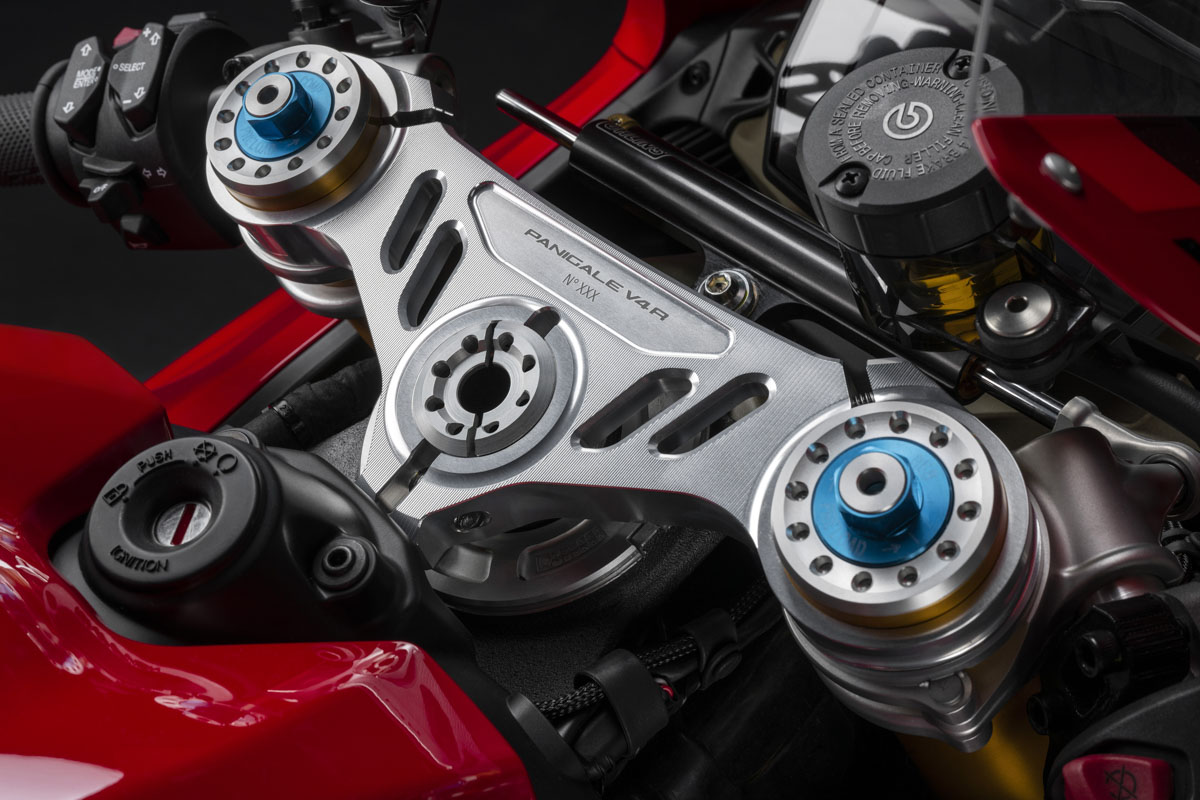 Ducati also increases agility thanks to a higher swingarm pivot position that raises the rear height by 20mm. Also new on the 2023MY is a bigger 17L fuel tank.

Finally, the 2023 Panigale V4 R will be a numbered model, with each bike verified by a plaque on the steering head.