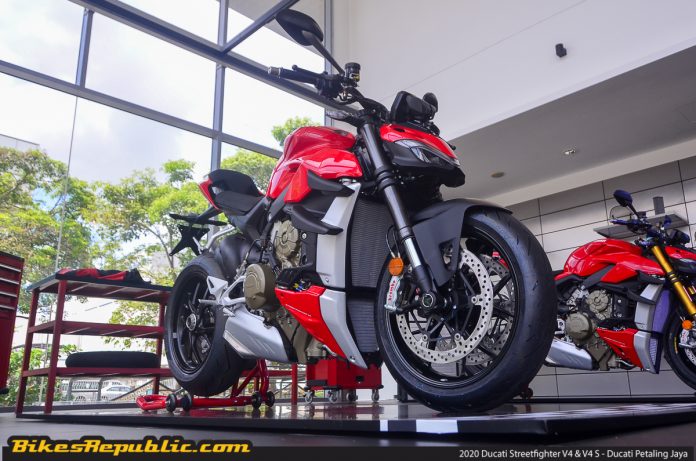 The fiercest fairing-less streetfighter to wear the famed Ducati badge ever is set to get even fiercer. Recently leaked US emissions certification filings indicate that a higher-spec Ducati Streetfighter V4 SP variant is set to debut as a 2022 model. 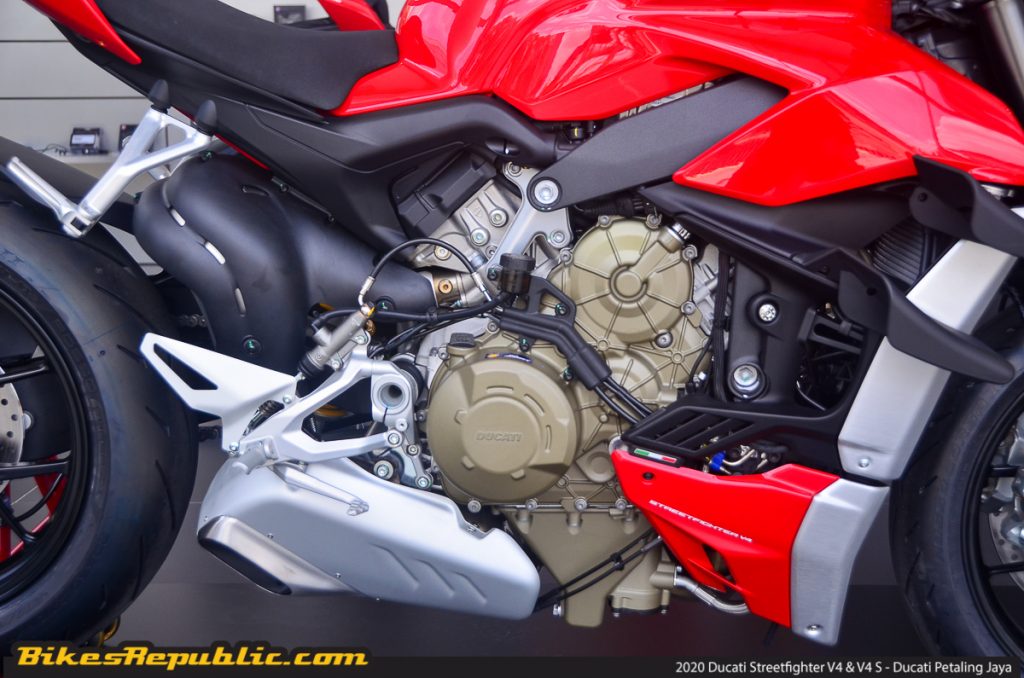 The aforementioned leaked documents apparently confirms that the SP retains the same 1,103cc V-Four as existing Streetfighter models have, but it will have claimed output readings of 208hp and 123Nm.

In all likelihood, we can expect the Streetfighter V4 SP to borrow bits from the Panigale V4 SP such as carbon fibre wheels, top-shelf Brembo Stylema R anchors, billet aluminium STM EVO-SBK dry clutch, anodised aluminium alloy pegs, lighter 520 pitch chain, not forgetting a host of upgraded and track-focused electronics in the mix too.

We will perhaps get the full picture (and details) of the new Streetfighter V4 SP later this year during at the annual Ducati World Premiere event that usually precedes the annual EICMA show in November.