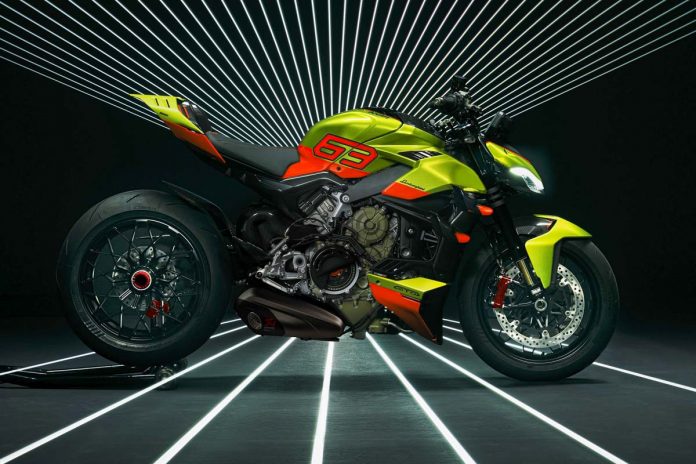 Ducati kicked off episode 1 of its Ducati World Premiere 2023 with the limited edition Streetfighter V4 Lamborghini. 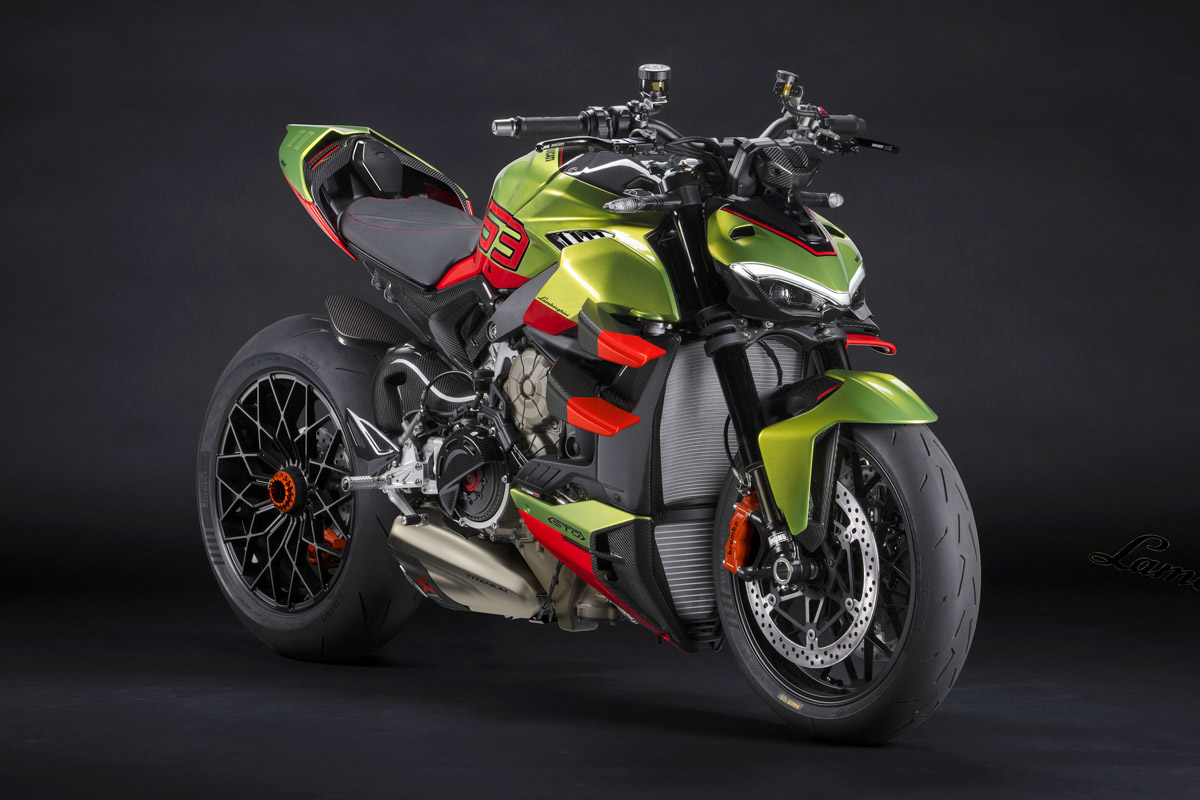 That said, the Streetfighter V4 Lamborghini features the special Verde Citrea and Arancio Dac livery taken from the Huracan STO. 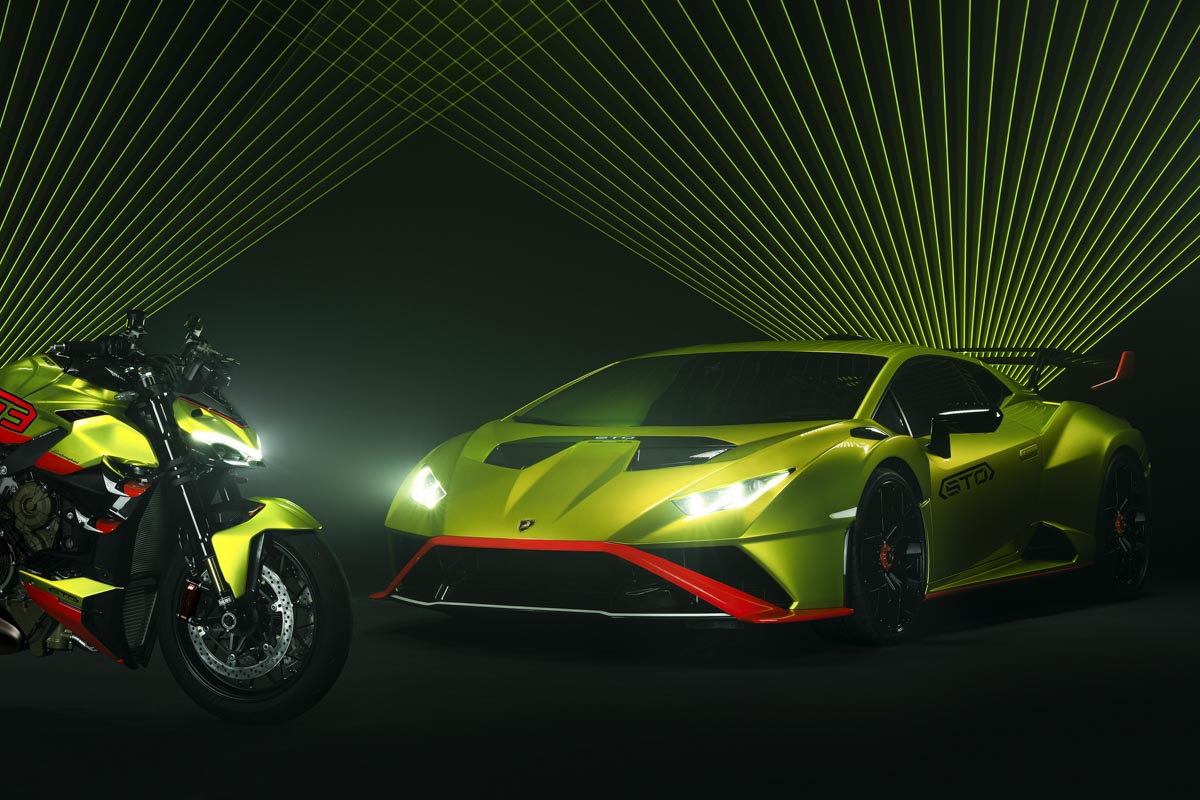 Ducati also threw in Francesco Bagnaia’s number 63, which can also be found on the helmet and leathers available with the unique collaboration. 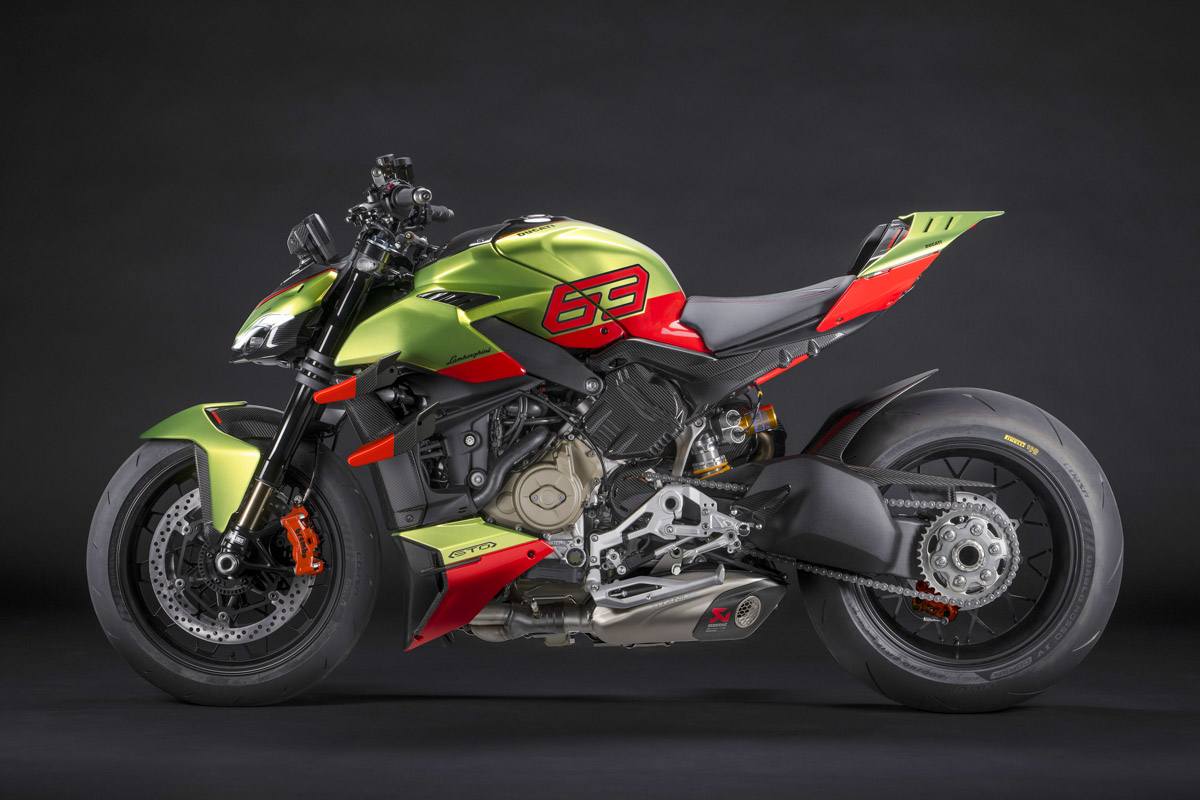 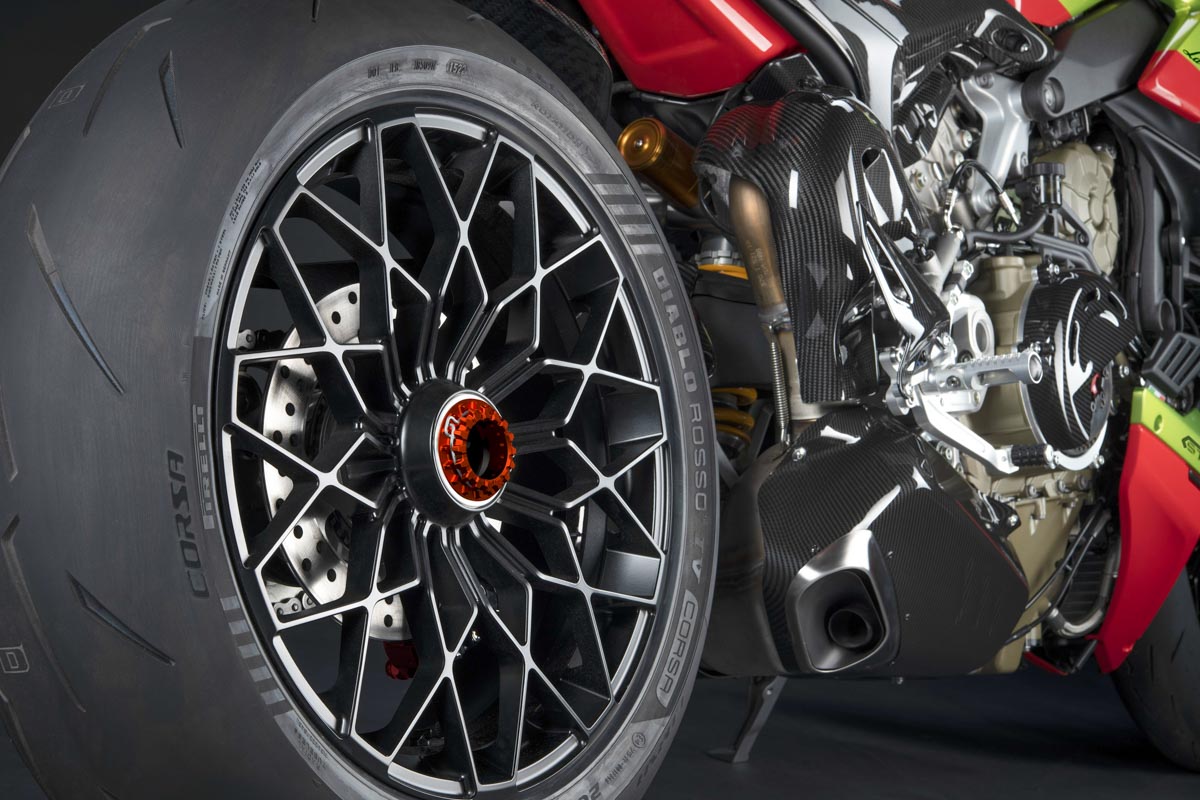 As expected, the Streetfighter V4 Lamborghini also boasts carbon fibre components, with much being made to mimic the Huracan STO.

In addition, the special collaboration motorcycle is also fitted with Akrapovic titanium exhaust complete with a carbon fibre endcap. 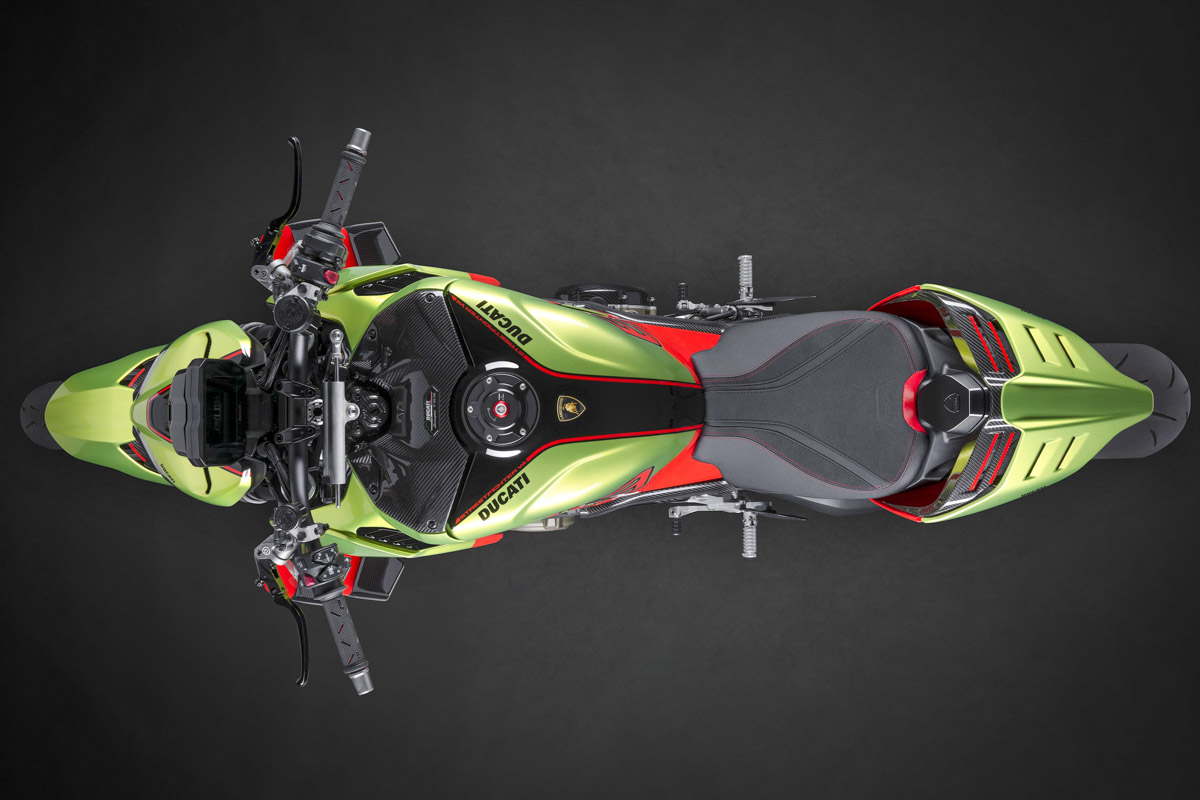