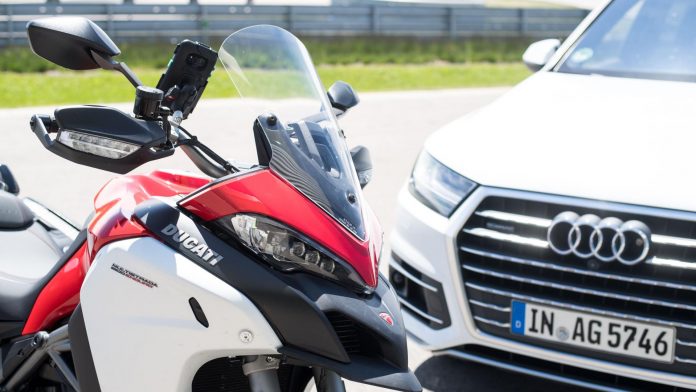 Every motorcyclist knows that a collision with another vehicle sucks, but we push the thought to the back of our minds, like smokers who are aware of the dangers of smoking. Ducati aims to reduce the number of collisions with a new technology they developed together with Audi.

Called the Cellular Vehicle-to-Everything (C-V2X) tech, it builds a picture of vehicles in the vicinity to provide situational awareness. It works over the developing 5G mobile network.

Ducati and Audi recently demonstrated the system’s controlled collision avoidance by using a Multistrada and two cars. The vehicles communicated with each other to avoid the impending disaster. There were two types of assistance, called Intersection Collision Warning and Across Traffic Turn Collision Risk Warning. 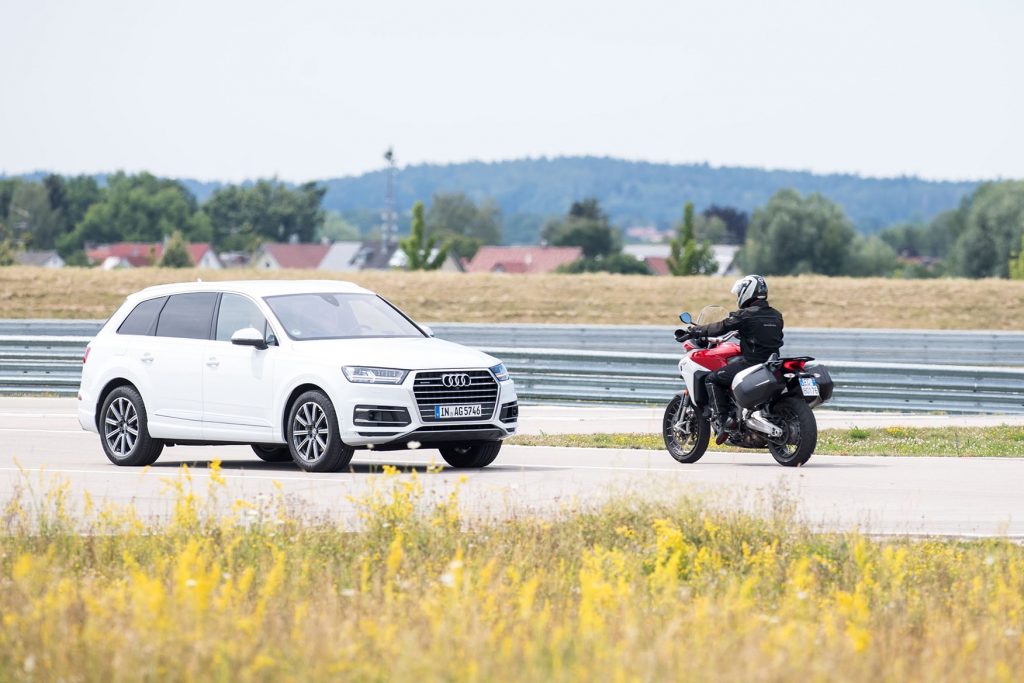 The system provides warning to the drivers and rider of the dangers at this moment, but further development could see vehicle autonomy being gradually fitted to motorcycles. Autonomous cars are starting to come into the market as we reported previously (click on the link below for more information).

The systems in cars automatically applies the brakes to avoid a potential collision even before the driver is aware of a problem. This solution is not only available in luxury cars as the new Perodua Myvi is equipped with an earlier iteration of the system.

While pundits may be scoff about autonomy, remember that the ABS was also derided when it first came into the market. But it is now the single component that had saved the most lives.