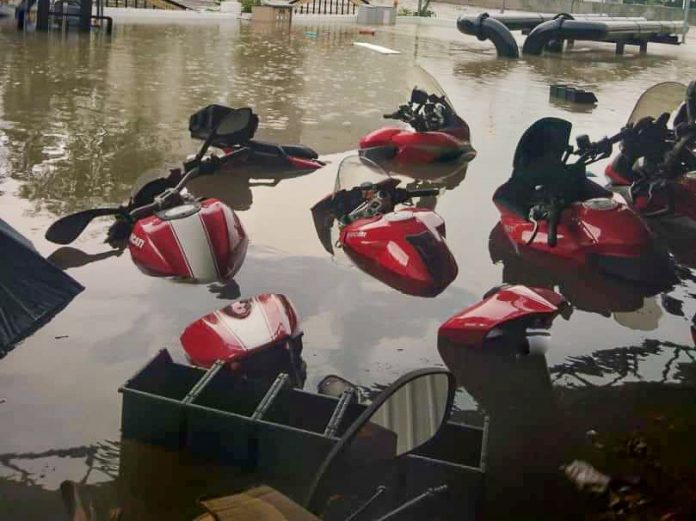 Photos and videos of Ducati PJ being hit with flash flood are going viral all across social media platforms not just here in Malaysia, but around the world. Sudden heavy rain that drowned the area yesterday afternoon caused water levels at the nearby storm drain (connected to the nearby Penchala river) to rise and spill over into surrounding areas, including the new Ducati PJ showroom next to the Federal Highway.

Looking at the photos, you can actually see that the Ducati bikes are almost entirely covered by water, even their tallest bikes, the Multistrada. We contacted the folks over at Naza Automall to find out what happened but the situation was yet unclear at the time of writing, with a simple straight forward press statement sent to members of the media shortly after. 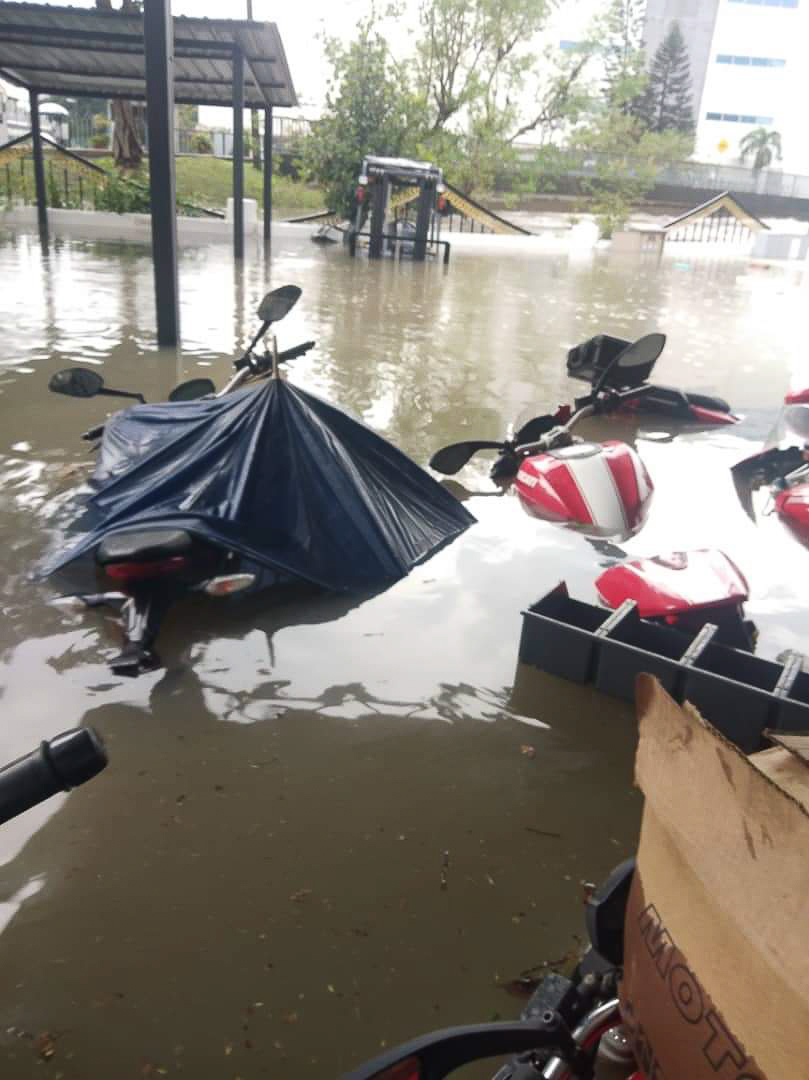 It read, “The management team of Next Bike Sdn Bhd is aware of the flash flood at the Ducati Malaysia PJ showroom and is in the midst of assessing its condition. Please be assured that the situation is under control and that no injuries were reported. It is our highest priority to safeguard the interests and confidence of our customers, employees and the public even during unforeseen phenomena as such. To ensure peace of mind, we have already reached out to customers whose bikes are currently in our custody to inform them that their bikes are in order. “

We have been informed that all customers have been updated on the condition of their bikes, and damages, if any, will be fixed in its entirety.  #GoodGuyDucati

As for the company bikes, it’s a pain to look at the photos but as long as they don’t start the bikes once the water level goes down, they’ll be relatively fine. The trained mechanics at Ducati PJ should be able to remedy the situation easily by drying everything out and replacing any affected parts like engine fluids and electronics and cabling.

2020 Ducati Streetfighter V4 – Everything you need to know