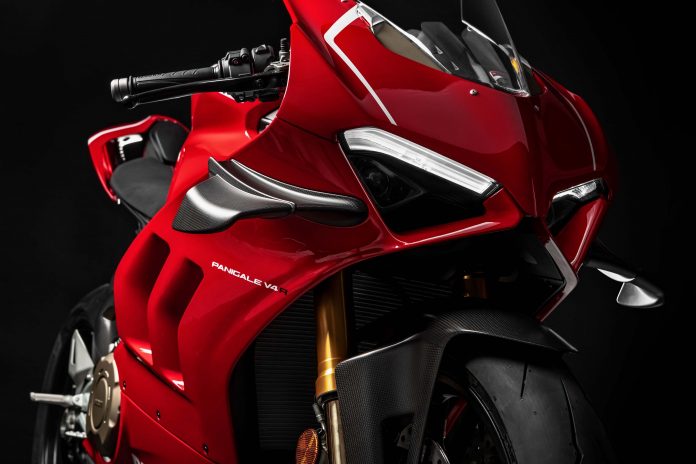 It was just a matter of time before we see the arrival of the Ducati Panigale V4 Superleggera and the news came from none other than Ducati CEO, Claudio Domenicali. It turns out that a selected group of Ducatisti received an email pertaining something called “Project 1708” and boy oh boy, are we excited to share what we have for you (no, we didn’t get the email…).

Someone on Facebook got the email and he has apparently leaked the specs regarding the upcoming Ducati Panigale V4 Superleggera aka “Project 1708”. The first thing you’ll see the price tag for the American market. It’s USD100,000 which is over RM407,760! Nope, we’re not joking.

What do you get from a bike that’s slightly under half a million Ringgit? Apparently, a bike fitted with a Desmosedici Stradale R (we assume that this is the 1,000cc version) that produces 234hp at 15,500rpm and 117Nm of max torque at 11,750rpm. And the bike has a dry weight of 152kg. That’s 20kg lighter than the Panigale V4 R!

The Ducati Panigale V4 Superleggera will also be made available in the Desmosedici GP19 livery, Pirelli race tyres, biplane wings from the Desmosedici GP16, full carbon fibre bodywork AND chassis, plus other top-end goodies from Öhlins, Brembo, Akrapovic, and more. Delivery begins in May 2020.