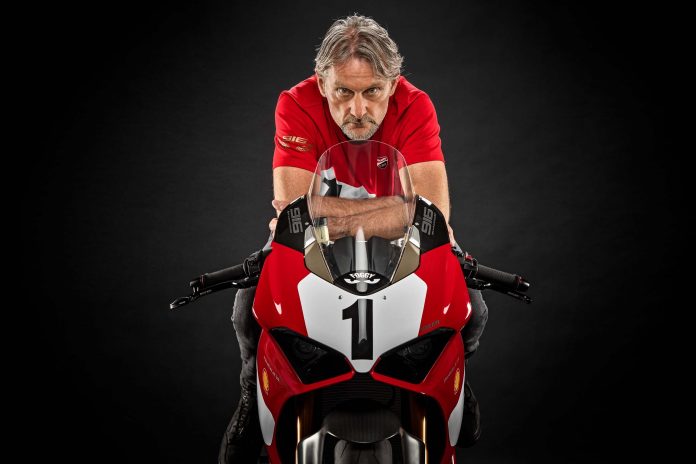 Ducati is launching the Ducati Panigale V4 25th Anniversario 916 to commemorate the 25th anniversary of the legendary Ducati 916.

While it was the 851 which kickstarted the Italian manufacturer’s subsequent domination in the World Superbike series, it was the 916 which took Ducati into the modern-day spotlight. The man first responsible for it was none other than Carl “Foggy” Fogarty who won his first title when the bike made its debut. He would win another three championships on the 916’s later variants.

The success of the 916 wasn’t only limited to the racetracks but its legacy can be seen in virtually a modern sportbikes. It was due to the 916 that bikes now feature aggressive raptor headlamps (a change from the double round ones on Japanese bikes) and smaller cross sections. Oh, don’t forget about the single-sided swingarm, too. 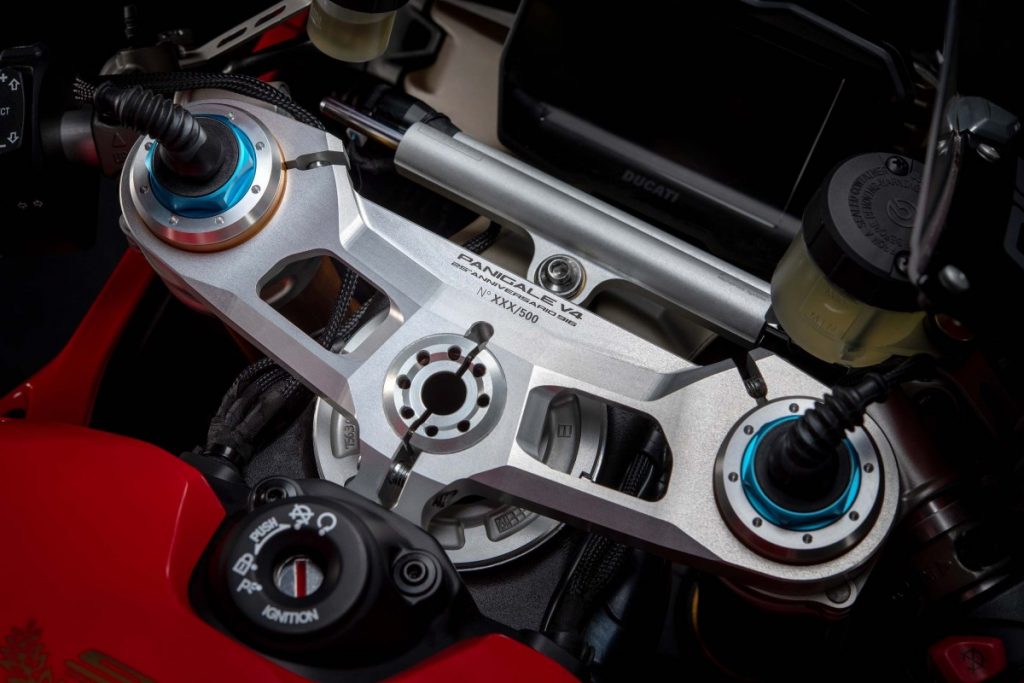 So it’s only apt that Ducati launch the Ducati Panigale V4 25th Anniversario 916 together with Fogarty. The official unveiling will happen at the US round of the WorldSBK championship, at the famous Laguna Seca track. Current factory riders Alvaro Bautista and Chaz Davies will join the party.

There isn’t much details about the bike, yet, except that only 500 will be built.