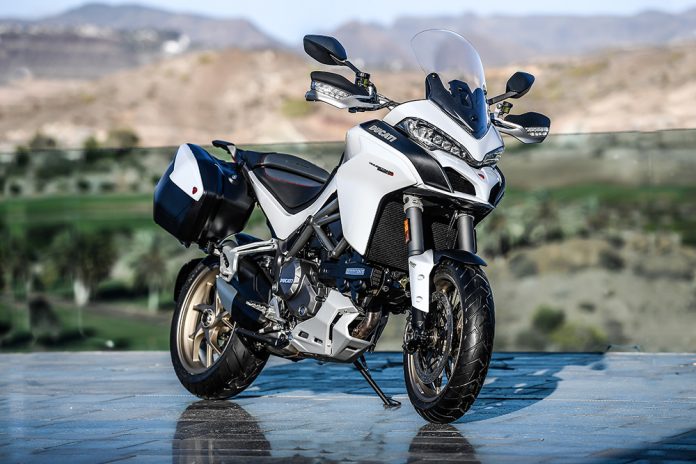 Italian magainze Moto.it came across a filing to the US Environmental Protection Agency for a new Multistrada 1260 GT. Motorcycle manufacturers in the United States are required to announce their upcoming models for the agency to keep tabs on their emissions levels.

Being a GT (Gran Turismo), the new bike should be fully accessorized with all the touring accoutrements one can shake a stick at. Be prepared for large volume panniers and top case, auxiliary lighting (i.e. spotlights), possibly better seats in addition to other stuff on top of the MTS 1260 S Tour Pack option.

Please click here for photos of the test bike.

But the biggest news may be that the MTS 1260 GT will be equipped with radar-controlled cruise control and safety devices.

Ducati is already working on the technology for at least since 2014 and vowed to be the first in the market. Since the upcoming KTM 1290 Super Adventure is rumored to use the system as well, Ducati engineers will surely work overnight to keep their company’s promise.

The Bosch radar system may regulate the bike’s speed with traction control on in traffic. A rear-facing radar, meanwhile, monitors vehicle’s in the rider’s blindspots (like luxury cars) and warn of a fast approaching vehicle.