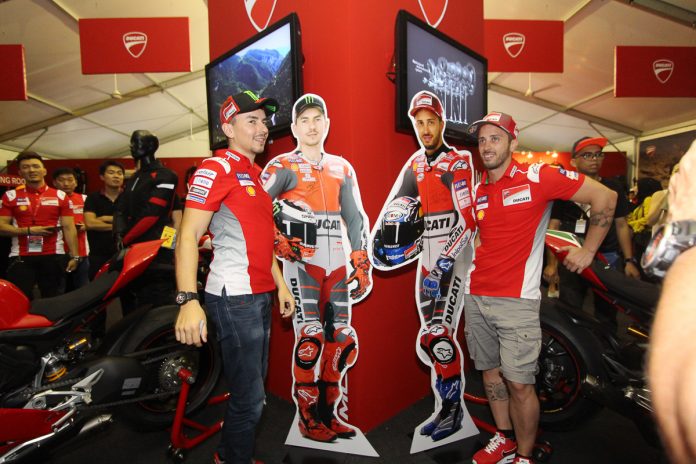 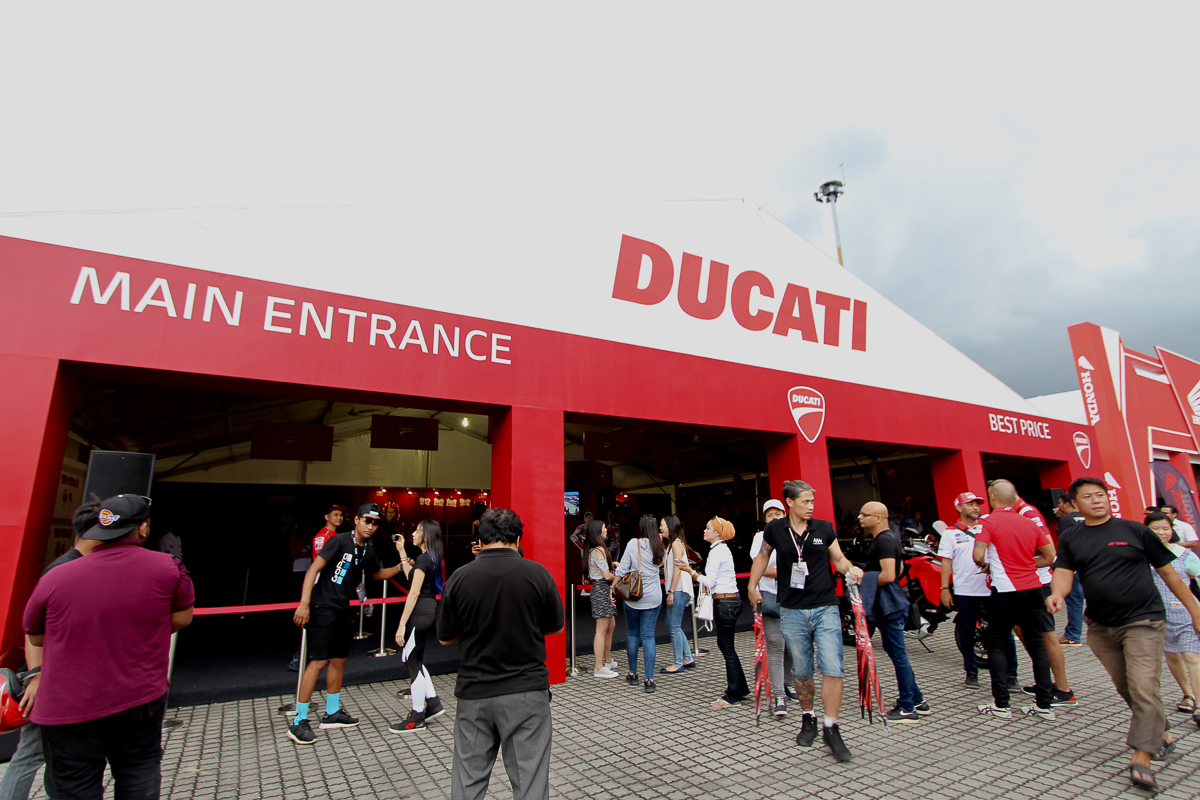 It was only last weekend when the Shell Malaysia MotoGP 2018 round took place at the iconic Sepang International Circuit (SIC) where fans witnessed a number of historic moments. Ducati Malaysia took part in this momentous occasion by presenting Ducati owners and fans as well as specially-invited guests for the ultimate MotoGP 2018 experience. 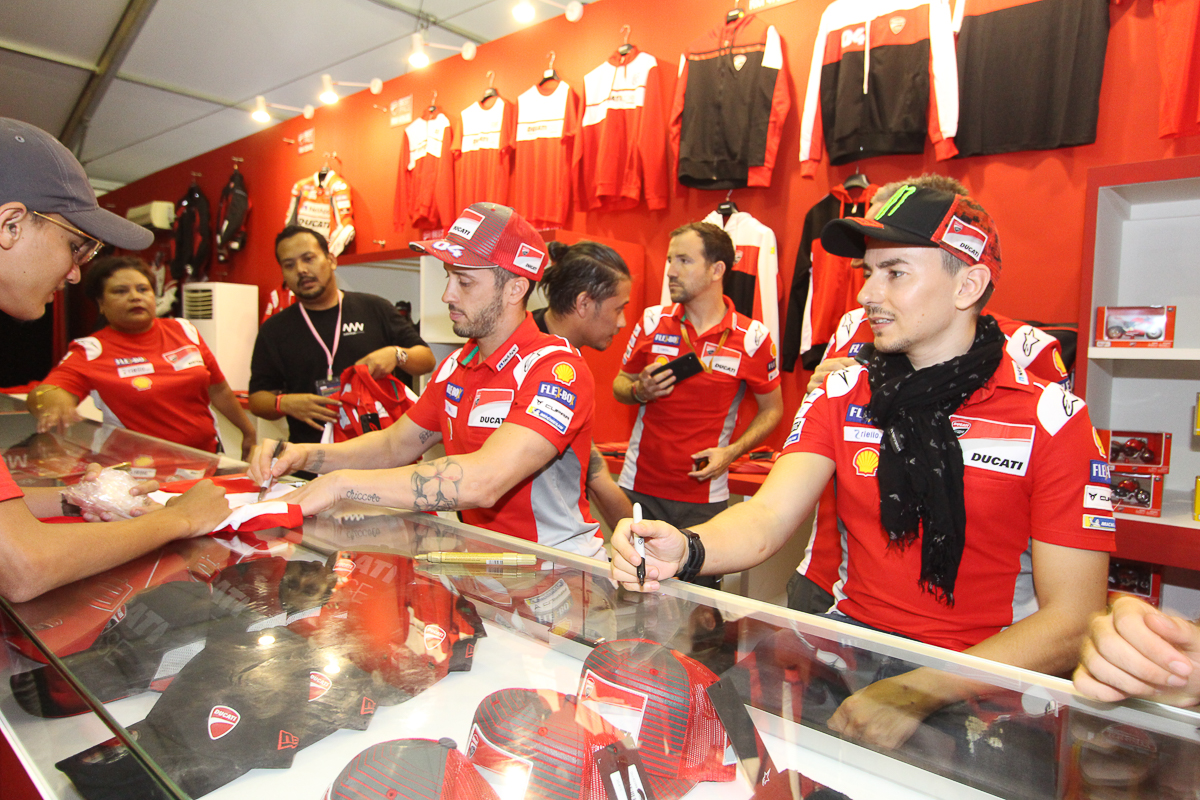 First and foremost, a number of lucky individuals who were the lucky enough to win Grandstand tickets to the race courtesy of Ducati Malaysia and their ‘Ride and Win’ contest thoroughly enjoyed the entire race weekend. What’s even more amazing was that Ducati Malaysia organised a very special meet and greet session on Friday with Ducati factory riders, Andrea Dovizioso and Jorge Lorenzo, at their gigantic booth located at SIC’s Mall Area. 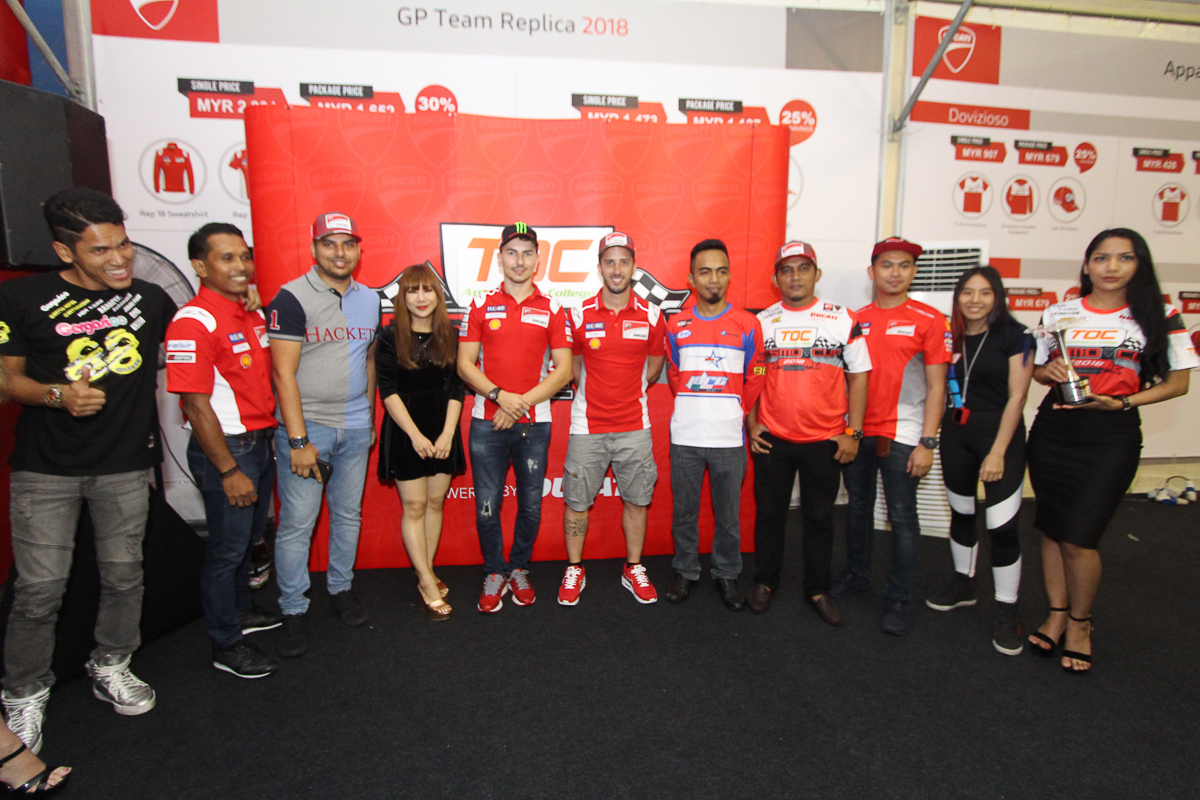 The fans were greeted by the riders and enjoyed taking photos as well as getting their merchandise signed by the world-class riders. Both Lorenzo and Dovizioso also presented the winners’ trophies to the winners of the TOC Desmo Cup 2018 riders who competed in conjunction with the Pirelli Malaysia Superbike Championship (MSC) 2018 which ran its course throughout the year. 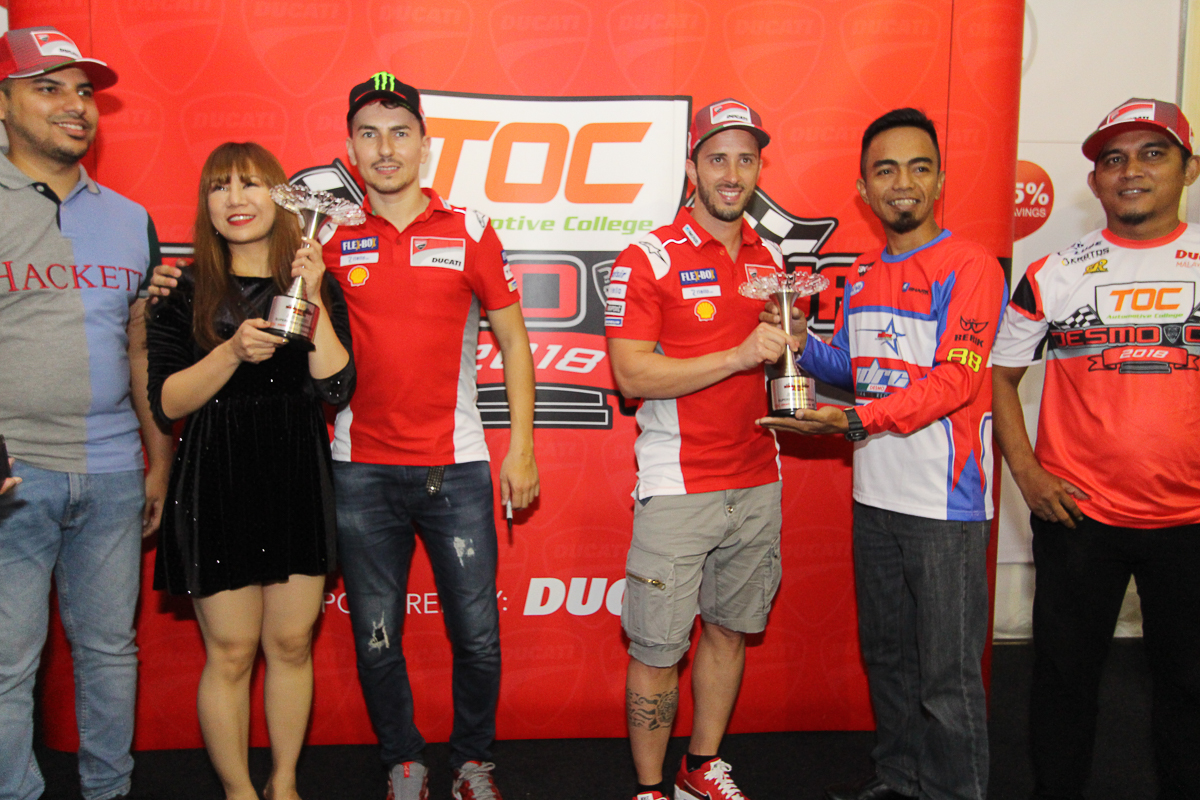 Great rebates on official Ducati merchandise items were also part of the extravaganza where MotoGP enthusiasts showed their support by donning official apparels of their favourite team as well as riders. The sale was on all weekend and by Sunday, the MotoGP experience finally peaked with all the exhilirating races. 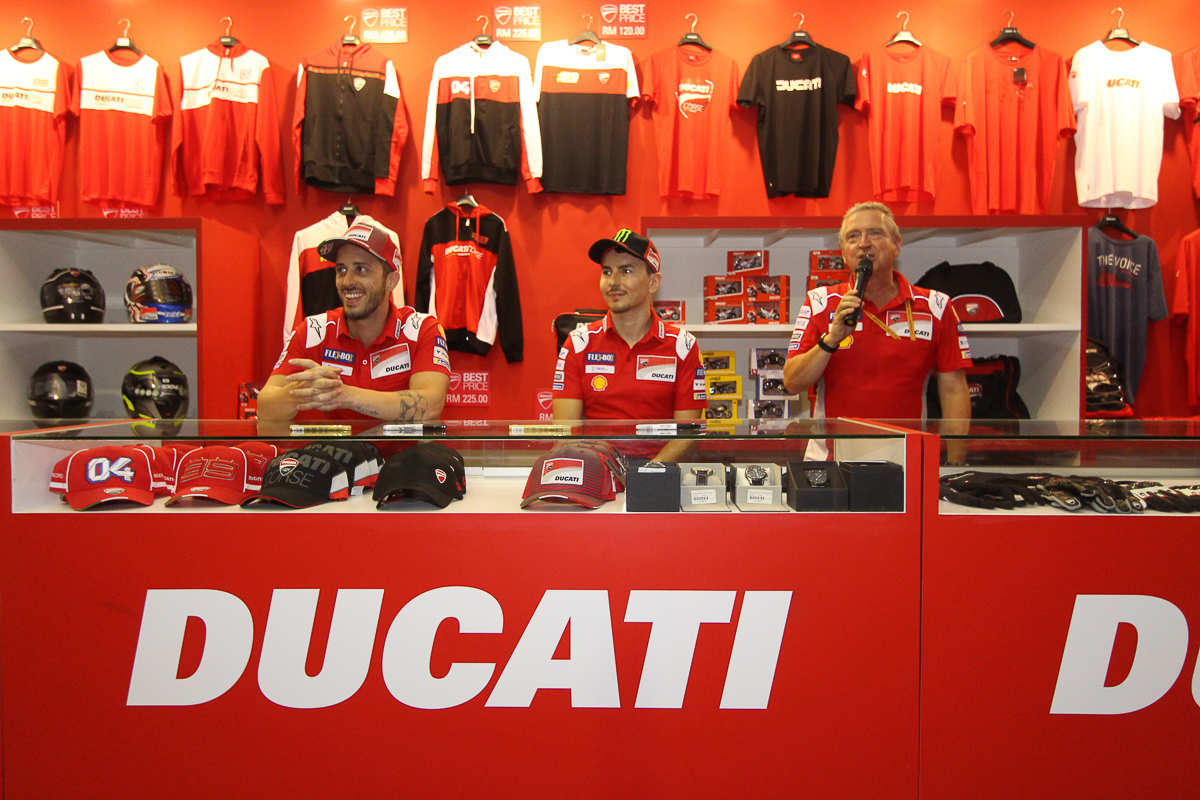 On Sunday, over 100 Ducati owners gathered at Ducati Petaling Jaya as part of their yearly voyage to watch the MotoGP races at Sepang. Owners of different and amazing Ducati machines congregated before pushing off towards SIC where they received special parking and treatment at the Shell Hillstand overlooking the infamous Turn 13 and 14 as well as the back straight. 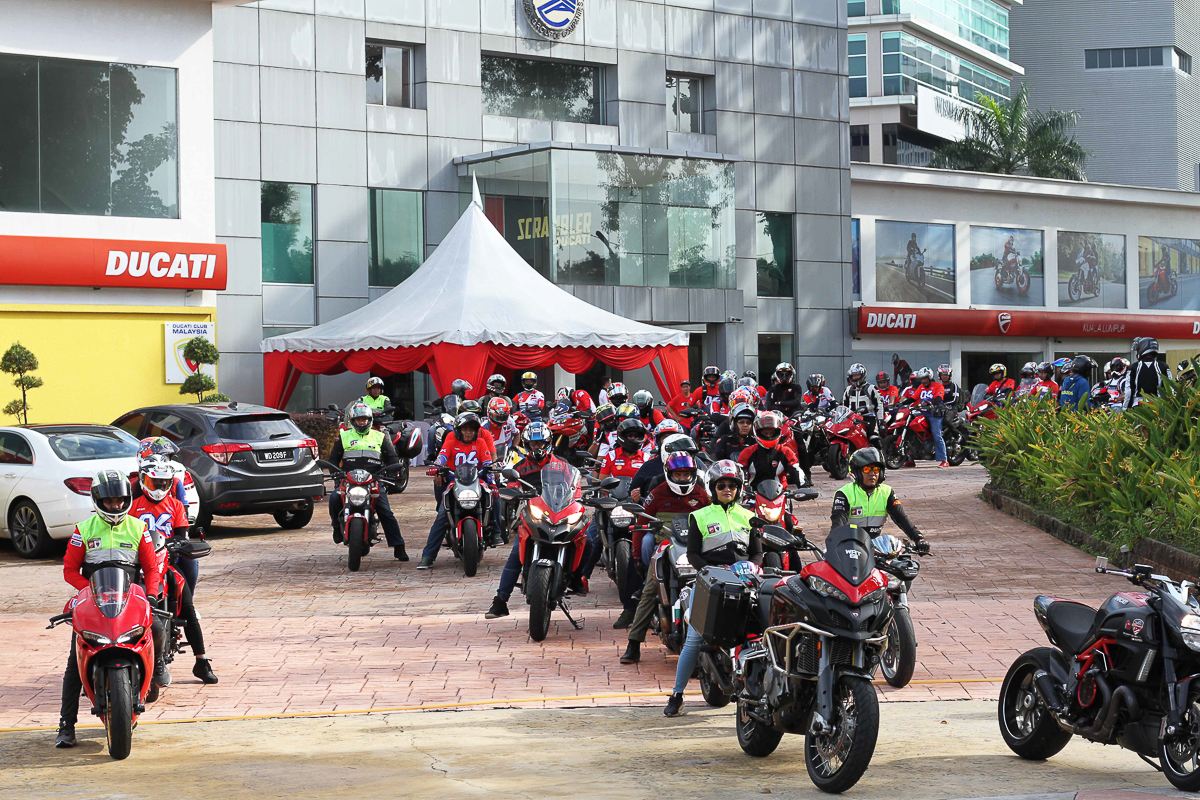 A number of historic moments were witnessed by the fans that day where the Moto3 and Moto2 champions were finally decided. Jorge Martin (Del Conca Gresini Moto3) was crowned the 2018 Moto3 World Champion whereas Francesco Bagnaia (SKY Racing Team VR46) took home the Moto2 crown. Bagnaia will be joining the Pramac Ducati MotoGP squad come 2019 alongside his new teammate, Jack Miller.

Together with Andrea Dovizioso and his new teammate, Danilo Petrucci, the Ducati squad is looking to thoroughly dominate the premier class next year with their Ducati Desmosedici GP19 machines as well as their updated rider line-up. Rest assured that Ducati Malaysia will be there again in 2019 to bring you the ultimate MotoGP experience. To know more, head over to Ducati Malaysia Facebook or Instagram pages.