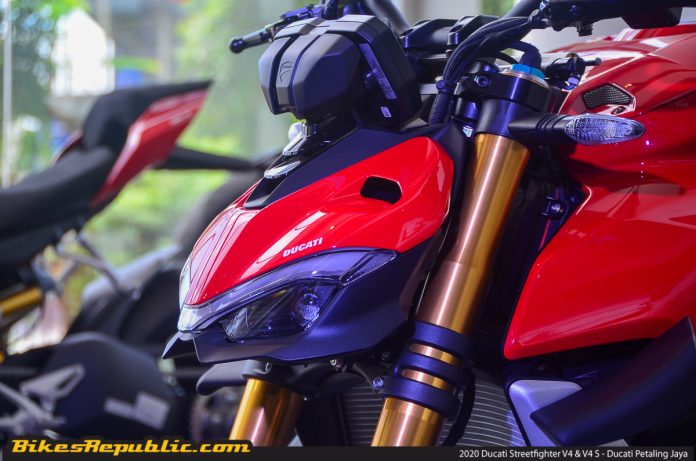 Ducati Malaysia has been on a roll lately after the dramas of 2020. The brand, under Next Bike Sdn Bhd, has seen steady sales, steady supplies of bikes and parts as well as good demand for bikes like the Scrambler.

One sales person pointed out that ever since the lockdown was ordered, more people turned to urbanised motorcycles like the Scrambler Ducati. This is unsurprising as people are limited to intra state travel rather than the usual inter state rides, and as such prefer more urban friendly models.

Despite that, the Panigale V4S, Hypermotard 950 and the Monster remains the brands best sellers.

As custodian of the Ducati brand in Malaysia, Next Bike Sdn Bhd has been on a rebuild mode and the determination to create an enviable brand is evident in the steely eyes of its current head – Dennis Michael. 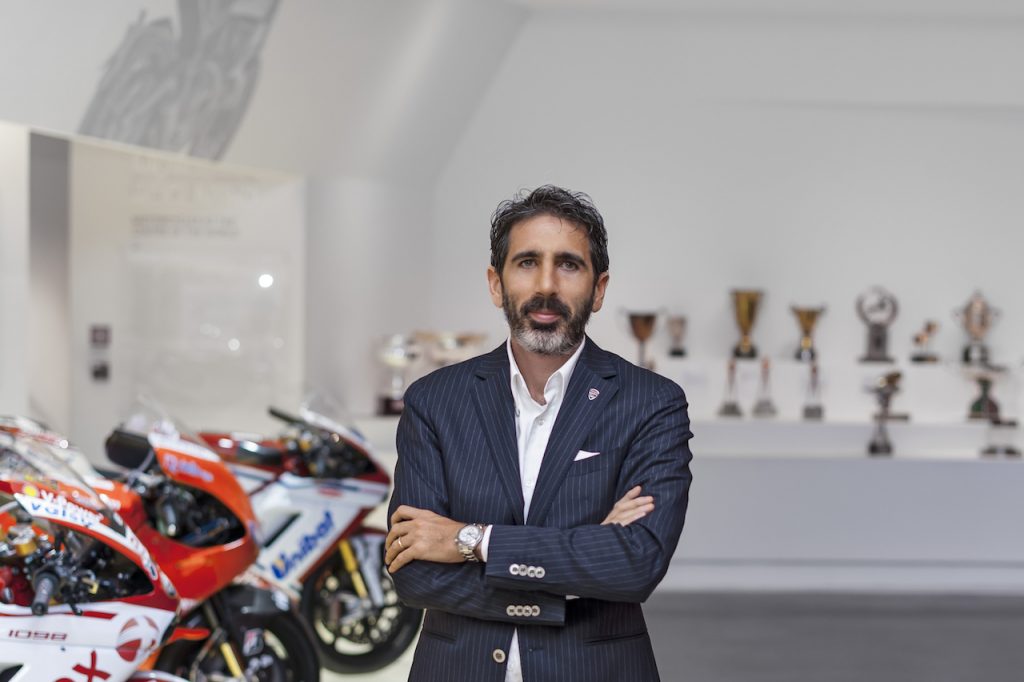 In a recent interview with Francesco Milicia (above) – Director of Global Sales and Aftermarket for Ducati Motor Holding – he credited Ducati Malaysia (Next Bike) for leaning into the digital space more than ever, and for ramping up marketing campaigns that produced an impressive 2020 performance.

Francesco said, “We will work to make the Ducati brand even more exclusive through prestigious collaborations and we will start up new projects in the world of touring, to support the arrival of products as extraordinary as the new Multistrada V4.”

The following is the interview with Francesco:

How long has Ducati partnered with Next Bike Sdn Bhd in the Malaysia market?

Ducati Motor Holding and Next Bike Sdn Bhd have been in a strong partnership since the early 2000s, which resulted in the second-largest Ducati showroom in Southeast Asia being opened at Petaling Jaya in 2020. The dealership has an area of 21,339m2 that covers Sales, Servicing and Spares operations.

What has Ducati done to achieve these results in 2020?

It is the fruit of the work that begun the moment Ducati decided to enter this market, identifying it as a sector with high potential and the partnership with Next Bike Sdn Bhd was named as Ducati Malaysia in the public domain.

Ducati Malaysia established its presence through an office and a local team, progressively importing the entire product range, developing a suitable distribution network and promoting the brand with tailor-made initiatives for their customers.

With the unprecedented situation faced in 2020, Ducati Malaysia has leaned into the digital space more than ever before by ramping up digital marketing campaigns, which produced an impressive 2020 performance under highly adverse market conditions. 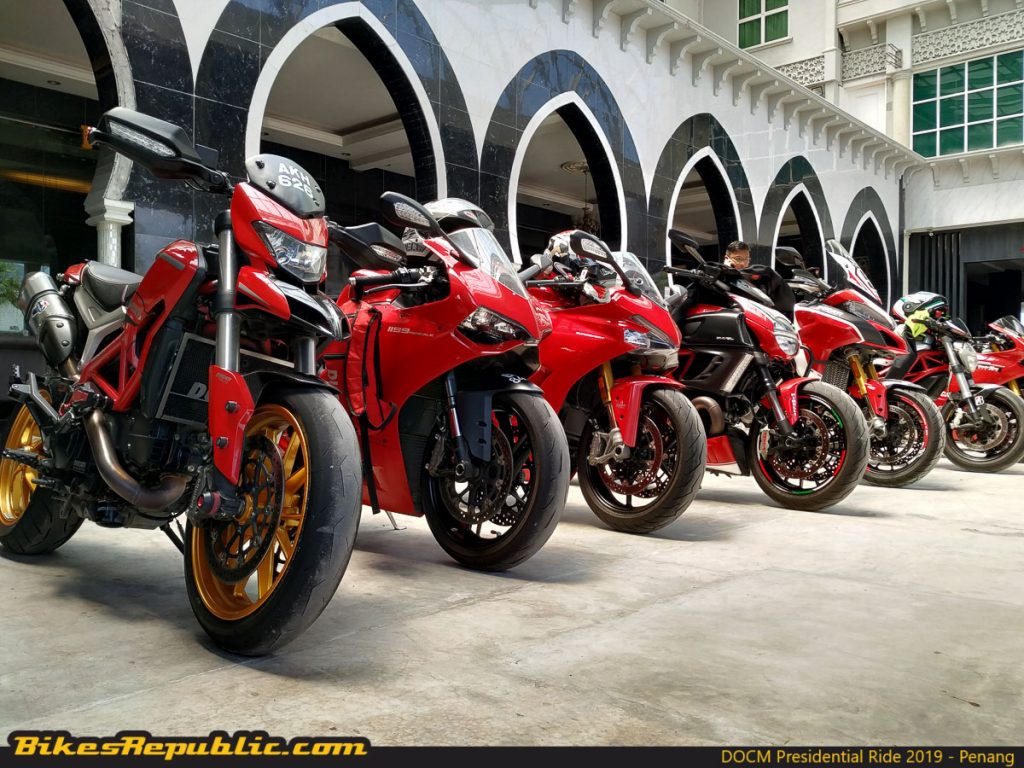 Are the dealerships like the Italian ones? How many? Locations?

The dealers in Ducati Petaling Jaya are exactly like those in the rest of the world and follow the Ducati Corporate Identity, an integral part of the Brand. Ducati currently has three mono-brand stores in main urban areas – Petaling Jaya, Sungai Buloh and Penang as our northern branch. Depending on the market requirements, a further expansion of the network will be considered. 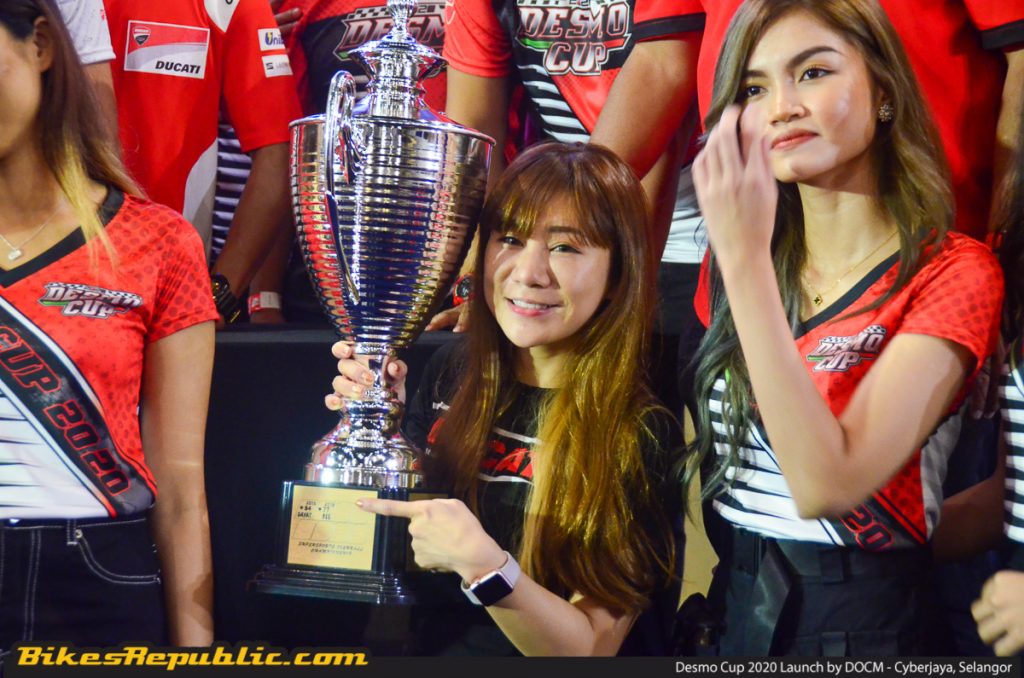 What are the differences between Malaysia and European customers? What do they ask, what do they prefer, how is the bike viewed?

The Malaysian market can be described as extremely dynamic, fast and responsive. The customer here is very sensitive to innovations, exclusivity, the intrinsic value of the vehicle and also the perceived brand value. The customer is also very demanding, quality is a fundamental requirement, both in the product and in the service. Premium motorcycling, like that of a Ducati rider in Malaysia, is a thorough exercise in enjoyment, an avenue for one to escape the mundane routines of daily life.

Primary motorcycling usage are for trips out of town and we are noticing a strong increase of interest in track activities. The Malaysian customer buys a Ducati because it is a status symbol, which allows them to assert an avant-garde image and to enter a network of people with similar interests and social position. 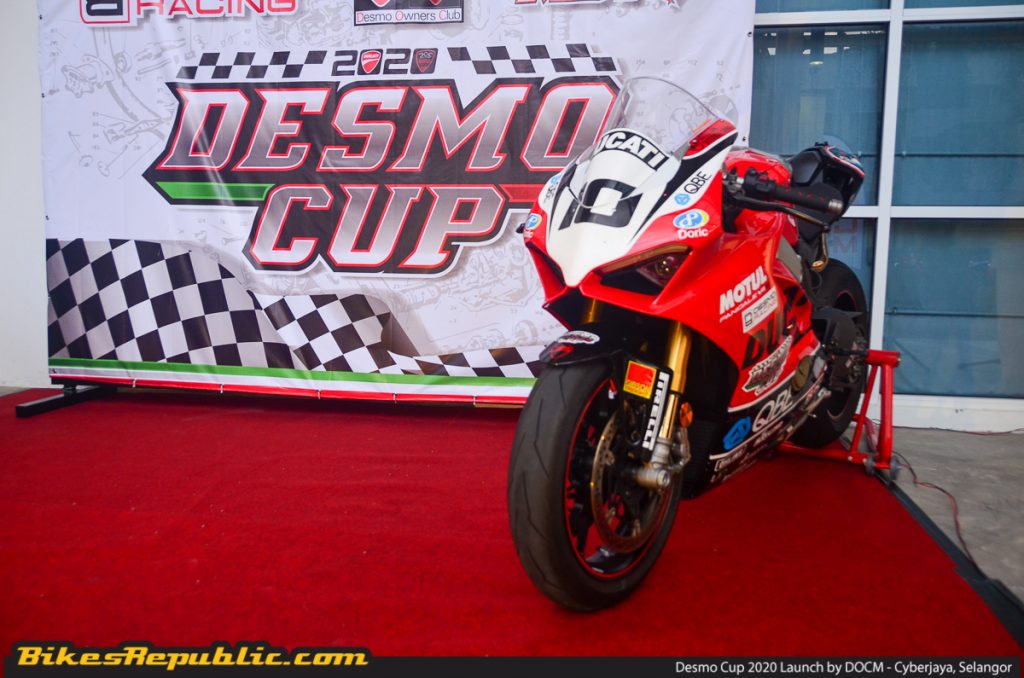 Also the customers in Malaysia are racing fans and love the brands racing pedigree since Ducati takes part in both the MotoGP and the Superbike World Championships.

Ducati has been competing in the premier-class MotoGP category since 2003. The Company won the Constructors’ World Title in 2020 and was World Champion in the 2007 season, winning both Constructors’ and Riders’ Titles in the Superbike World Championship, Ducati has won 17 Manufacturers’ titles and 14 Riders’ titles, collecting more than 300 race victories. Ducati is the motorcycle manufacturer that has won the most titles since the beginning of the production-based Superbike series in 1988. 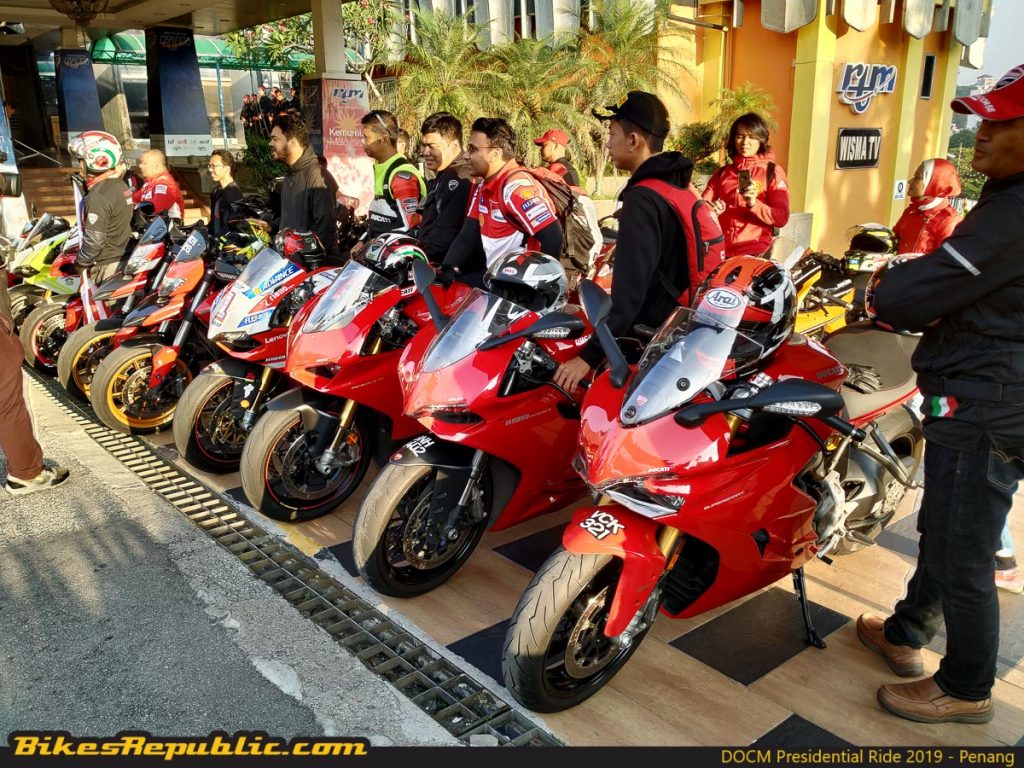 What courses and activities does Ducati organize in Malaysia?

Ducati Malaysia has a string of activities that engages not only the current crop of Ducati owners but also new prospects via three key areas. First, in line with the 2021 launch of the new Multistrada V4 family, Ducati Riding Experiences (DRE) are to be held throughout the year in educating riders on off-road riding and the vast capabilities of the new Multistrada V4. Following suit, Ducati Track Days are planned out as well to cater to the growing need for track day activities, enabling Ducati owners to unleash their Ducati motorcycles in full force. While thirdly on a more casual note, Ducati Red Weekends will have accompanying ride-along weekends starting from our flagship Petaling Jaya Showroom off to wherever the road leads for the intrepid owners and their bikes. 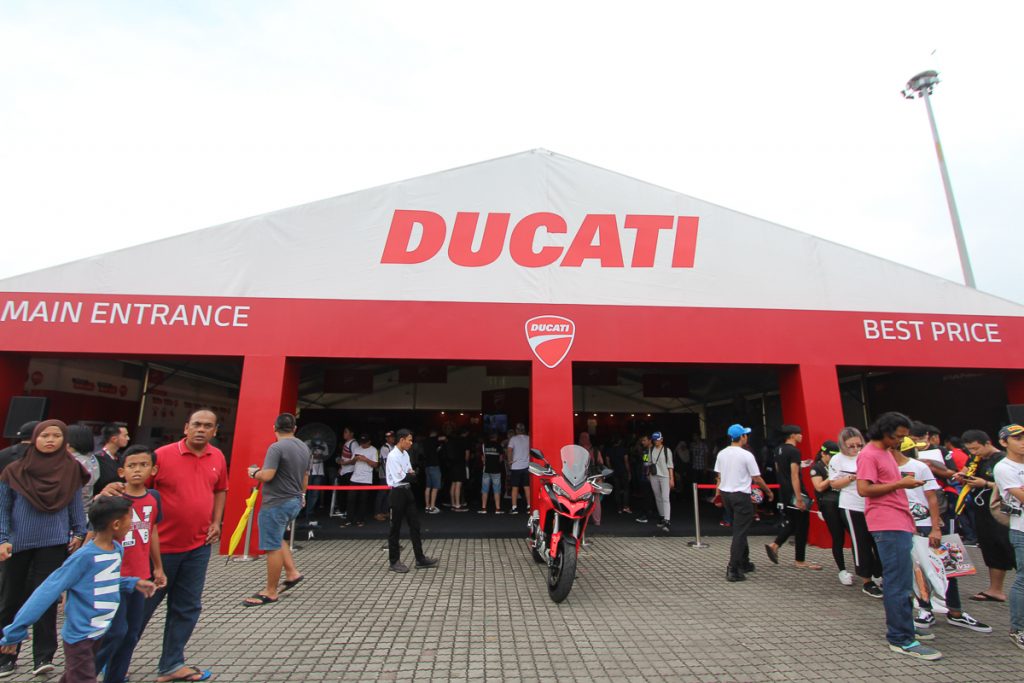 Which bikes sell the most in Malaysia / which Ducati model do customers like the best?

Confirming the preferences of the Malaysian customers towards top-of-the-range models, one of 2020’s best sellers was the newly launched Panigale V4 S. Malaysian customers were quick to adopt the new Panigale V4 S due to it’s amazing performance and specifications. With that being said, the Monster 821 and Hypermotard 950 rounds out the top three best sellers, also indicating a good mix of successful products for the Malaysian market. 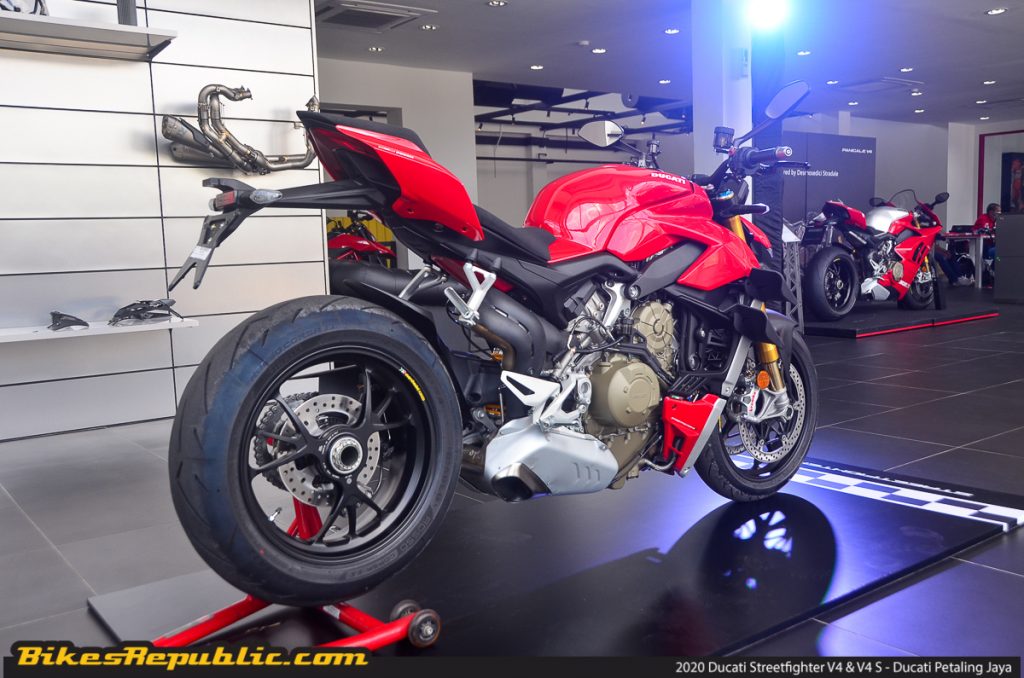 What new initiatives do you envisage in 2021?

In 2021 we will expand the program of activities already carried out successfully last year but Malaysia is a country that constantly requires new formats, it is necessary to offer something out of the ordinary. With this in mind we will strengthen the digital experiences for our customers and enthusiasts, we will work to make the Ducati brand even more exclusive through prestigious collaborations and we will start up new projects in the world of touring, to support the arrival of products as extraordinary as the new Multistrada V4.

Later in October 2021, MotoGP will be making its triumphant return to our Sepang International Circuit after its absence from the 2020 MotoGP racing calendar. Alongside the spectacular racing, in support of the Ducati Lenovo Team, Ducati Malaysia will be gearing up in creating an extravagant Ducati MotoGP experience area like no other. Stay tuned for more!