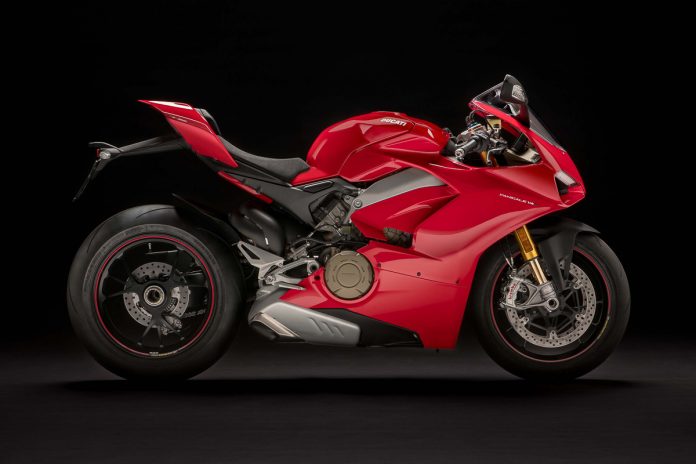 Ahead of the EICMA 2017 Milan Show, Ducati has pulled the covers off their latest 2018 Ducati Panigale V4.

Ducati also introduced and “S” version of the Panigale V4 which is said to be lighter and more powerful.

Presenting Ducati’s first ever production four-cylinder superbike, the 2018 Ducati Panigale V4. This is by far the biggest evolution the Panigale series has ever gone through and the results are simply out of this world.

Making its debut earlier today at EICMA 2017 in Milan, Italy, the biggest change to the latest Panigale addition is of course its 1,103cc Desmosedici Stradale 90° V4, rearward-rotating crankshaft, 4 desmodromically-actuated valves per cylinder, liquid cooled engine that fires out 212hp at 13,000rpm and 120Nm of torque.

Combined with the fact that the Desmosedici Stradale engine will run a “Twin Pulse” piston firing order plus counter-rotation taken straight from the manufacturer’s MotoGP program, the majestic sound and feel of the bike is said to be more like two V-twin engines mashed together. This setup will still have that iconic Ducati soundtrack but based on the video above, it’s like a nitrous-injected bat out of hell. 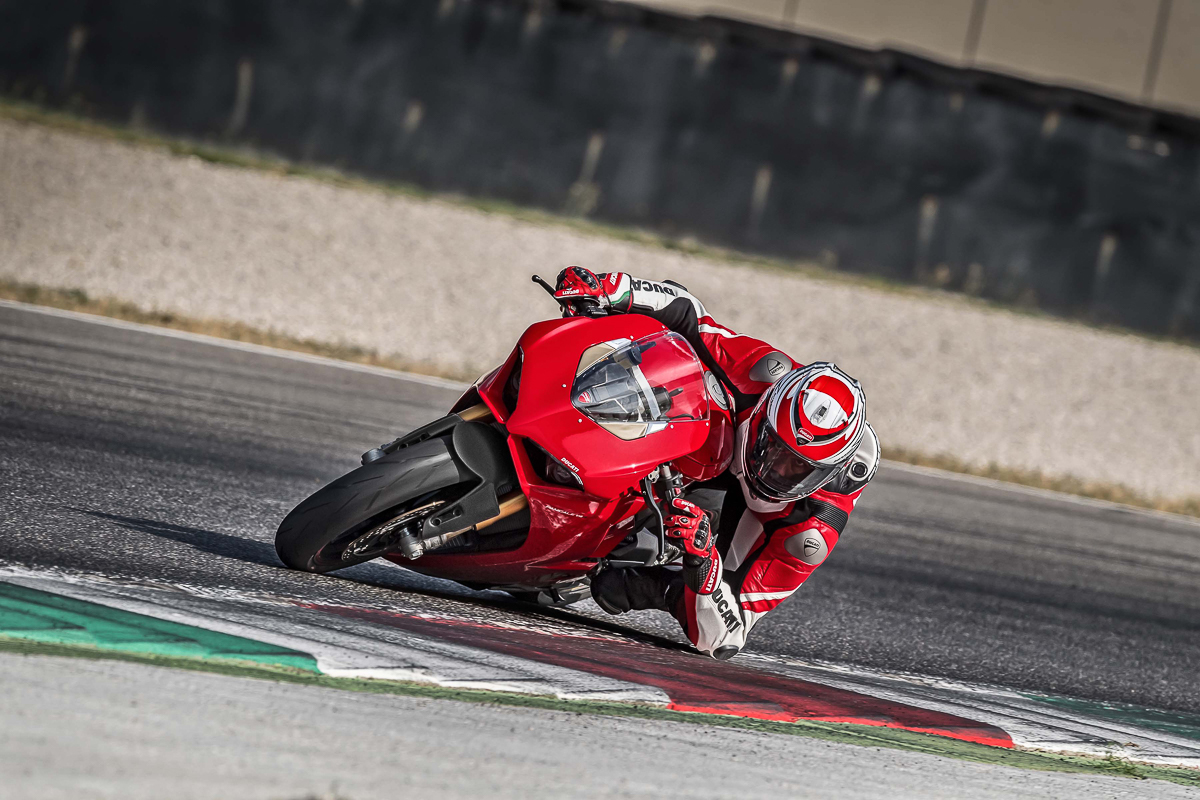 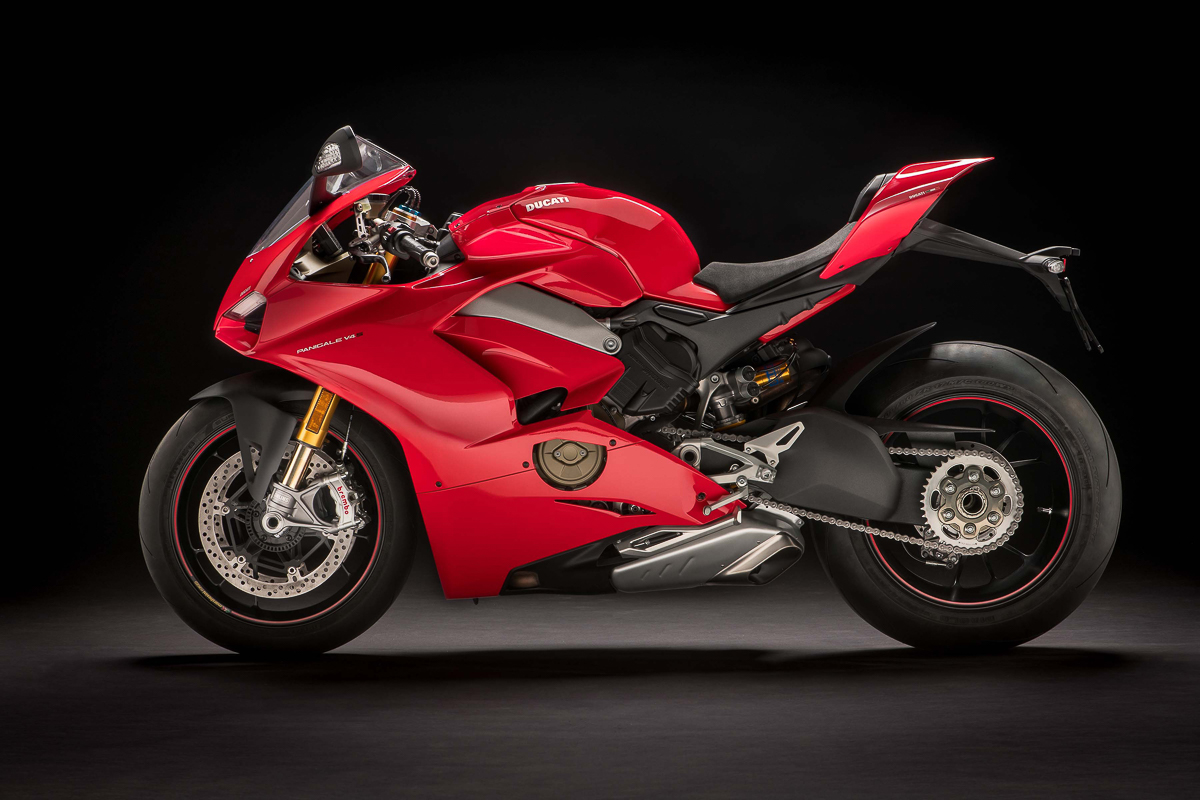 The 2018 Ducati Panigale V4 not only features a brand new engine. Going through the specifications, it seems that Ducati has written down a list of their best specs ever and somehow managed to stuff everything within that 286lbs (175kg) “frameless” MotoGP-inspired chassis. We’re talking about the best electronics package ever designed for a production superbike, folks. 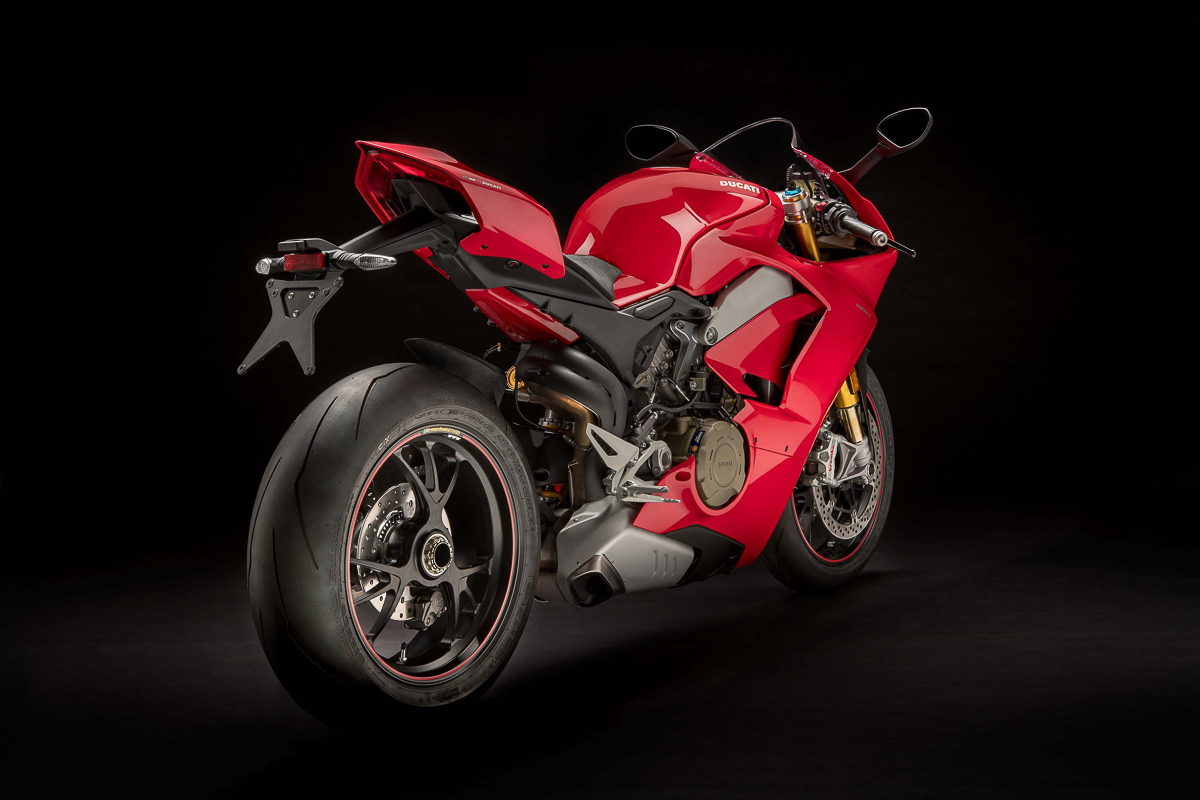 Underneath the beast, everything is either new or updated specifically for the 2018 Panigale V4. The electronic fuel injection system is further refined with twin injectors handling each cylinder. Controlling all that power is assisted with a full Ride-by-Wire elliptical throttle bodies which help with the variable length intake system for optimum power delivery at any given range. 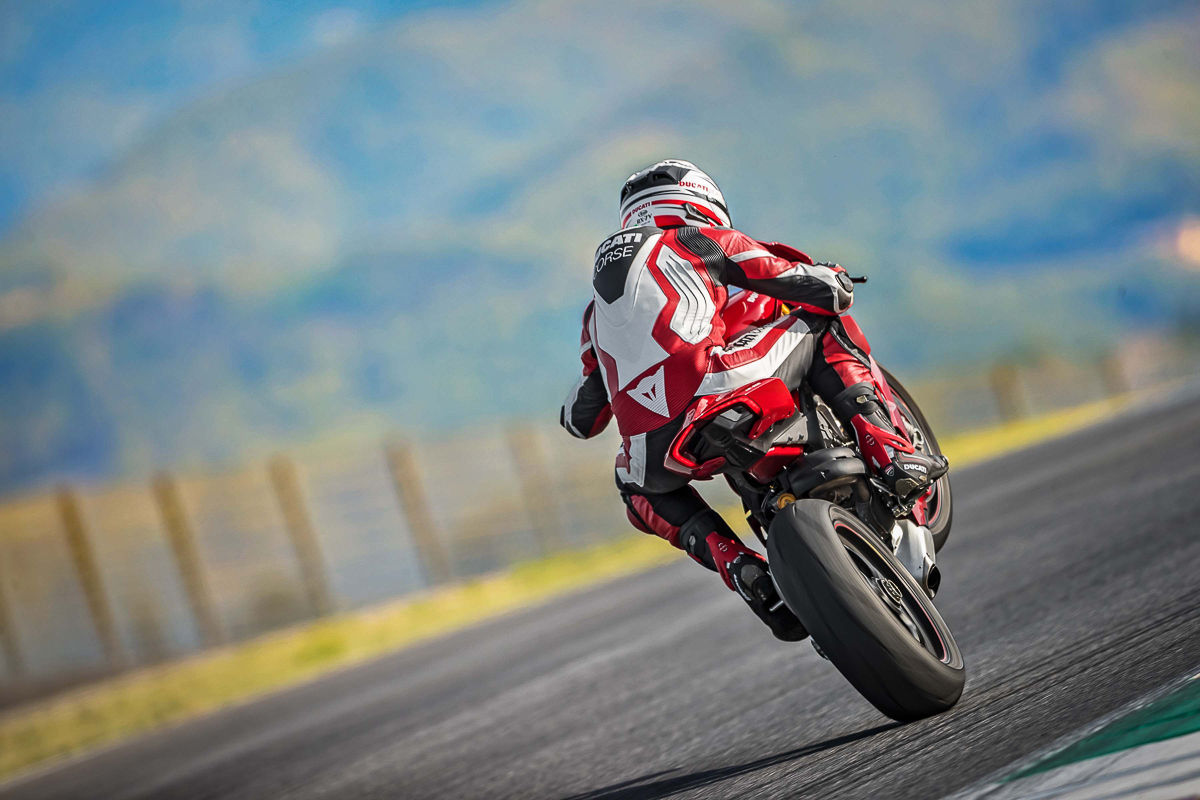 The transmission package consists of a six-speed gearbox with the addition of a Ducati Quick Shift (DQS) up/down EVO and a hydraulically controlled slipper and self-servo wet multiplate clutch. The Panigale V4’s DQS has been updated to adapt to your particular style of riding and will assist in making seamless gear shifts even when going through corners. 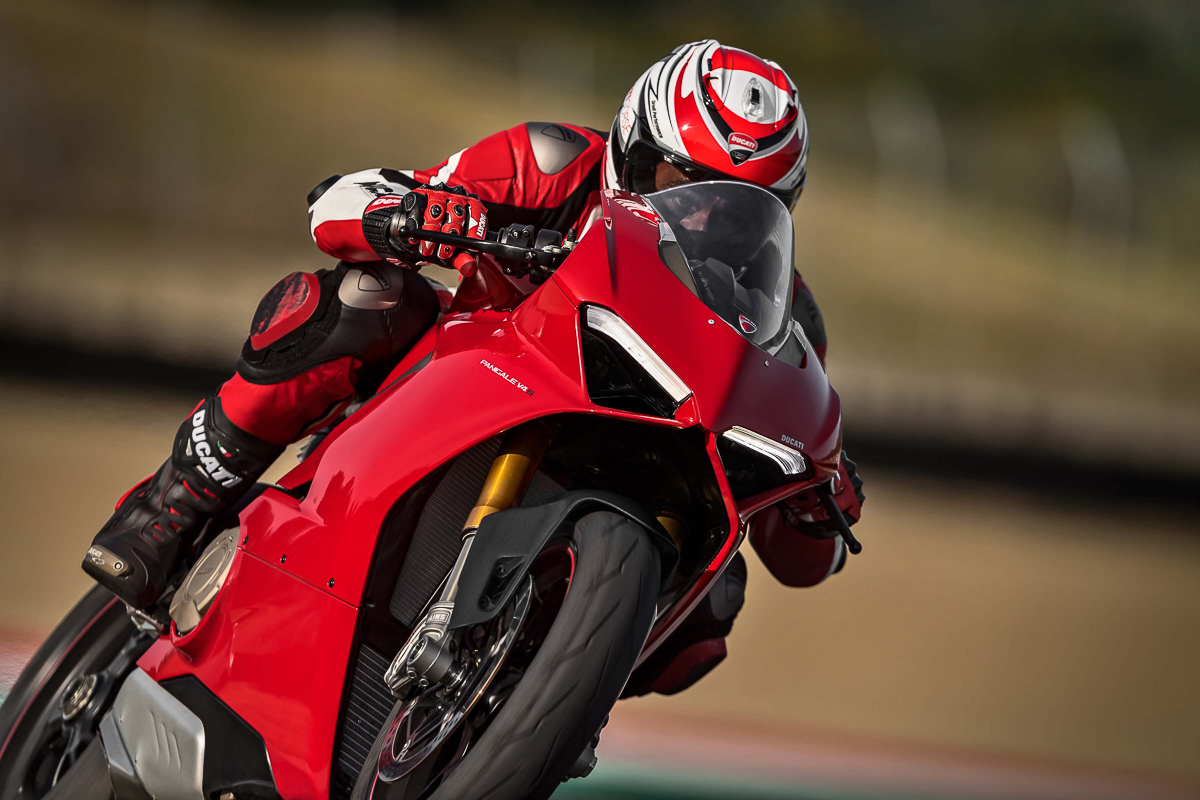 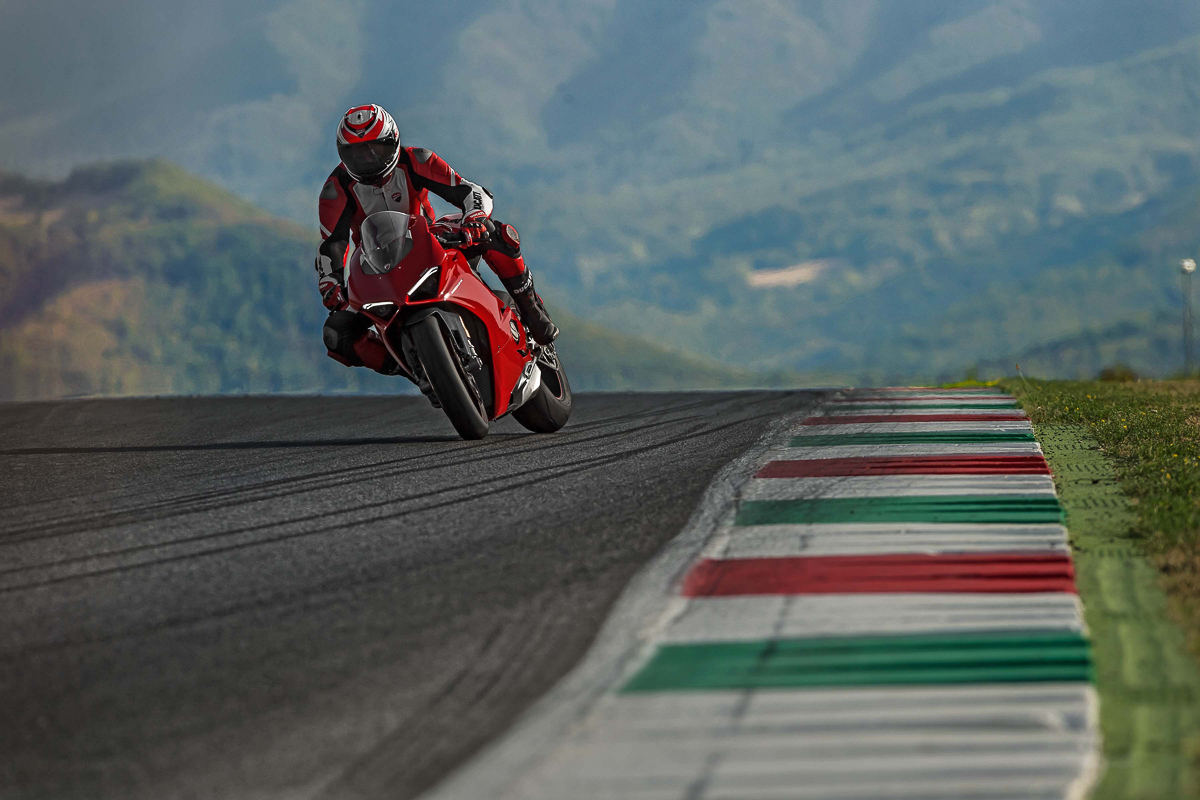 All that power requires precision control and Ducati has done so with the V4’s front fully-adjustable Showa 43mm Big Piston Fork together with a rear fully-adjustable Sachs unit to handle its rear aluminium single-sided swingarm. 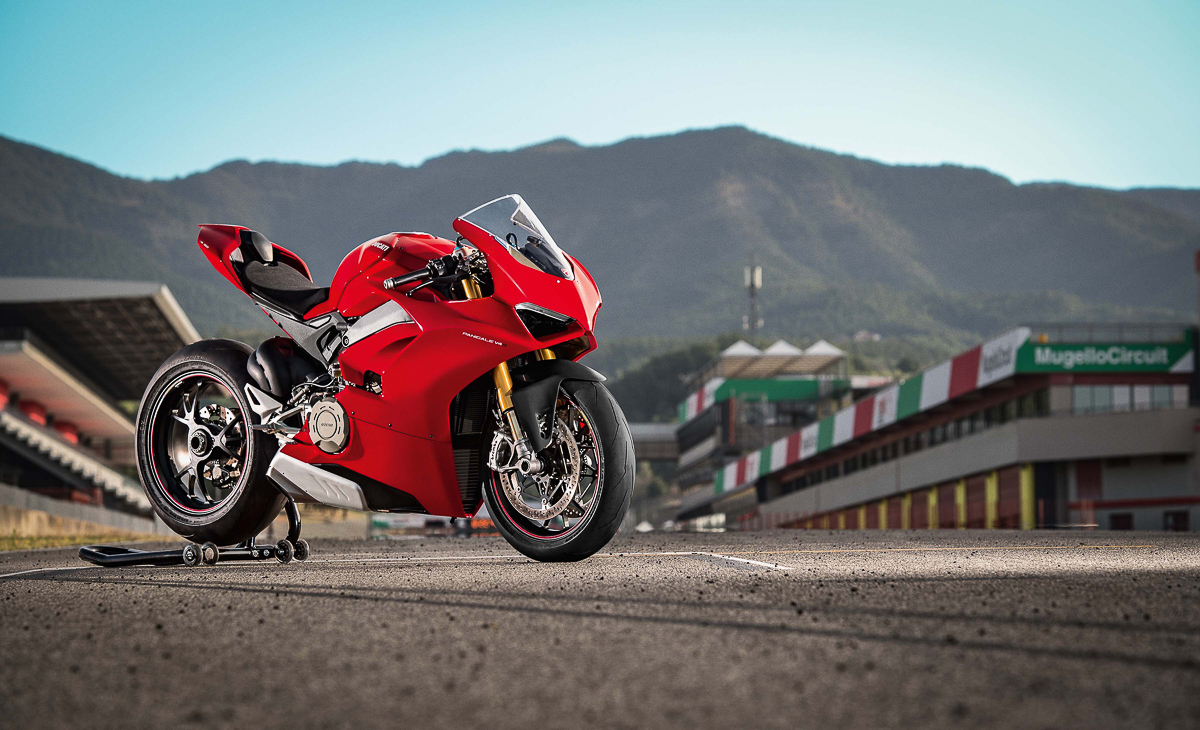 As for the brakes, a couple of 330mm semi-floating discs with radially-mounted Brembo Monobloc Stylema (M4.30) 4-piston calipers together with a rear 245 mm disc, 2-piston caliper are made to work together with an all-round Bosch Cornering ABS EVO. Feel like drifting like a boss with control and precision? 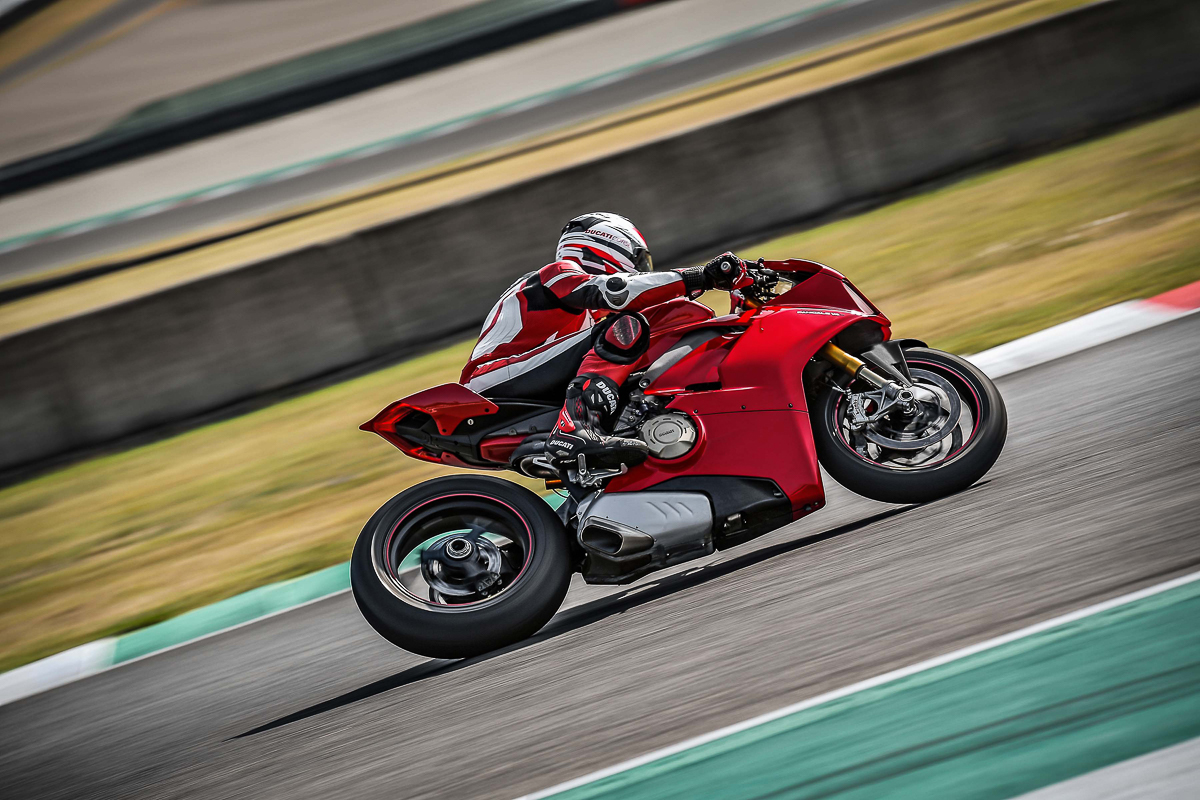 There’s also the titanium Akrapovic exhaust option which you can give a go. Simply install the exhaust system, update the ECU and you’ll get a whopping 226hp powering a bike that weighs less than 175kg. Twist the throttle hard enough and you might end up in outer space. 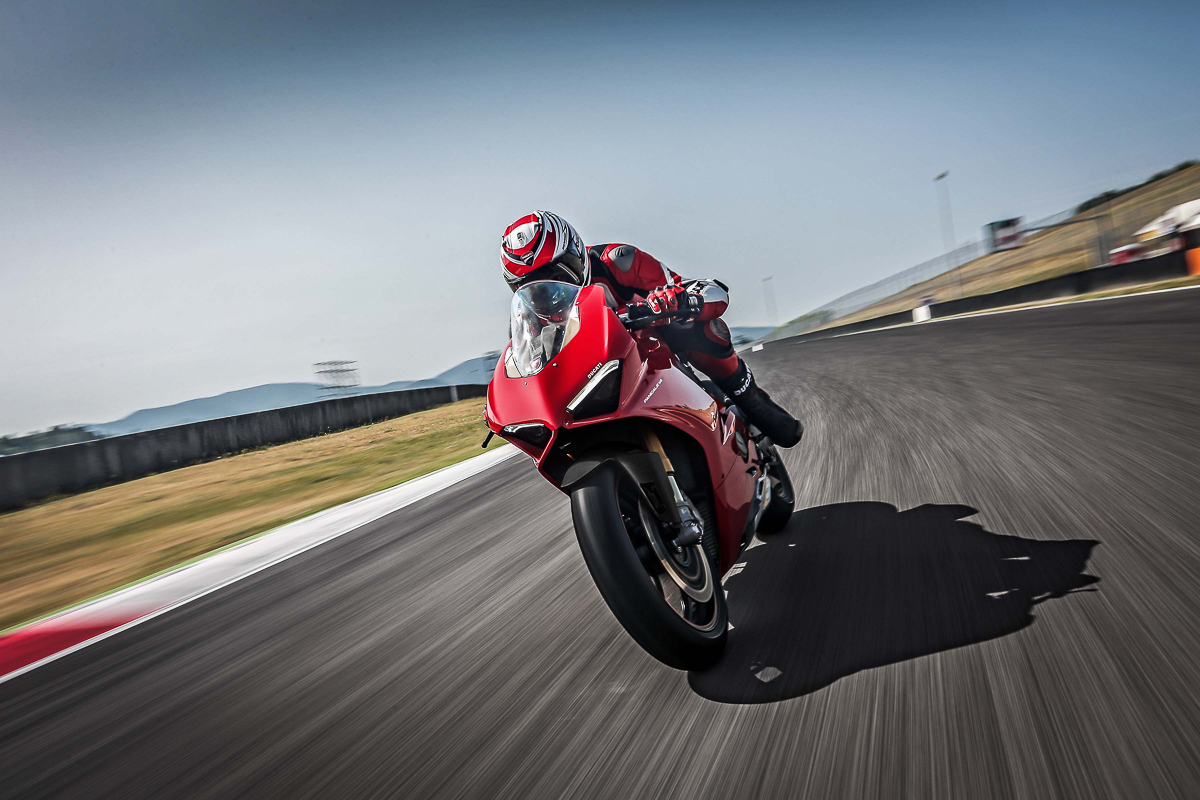 No news on the prices for either of the 2018 Ducati Panigale V4 or Panigale V4 S just yet. All we can do now is just enjoy the video and drool over the photos.