Ducati is one manufacturer we have yet to hear about their concrete plans for an electric motorcycle. But that’s about to change, according to Ducati CEO Claudio Domenicalli.

Volkswagen (the owners of Ducati) introduced their Roadmap E initiative about six months ago. The plan calls for a full line of electric vehicles throughout the VW group by 2030.

Later, Managing Director for Ducati Western Europe, Edouard Lotthésaid that Ducati is working on an electric model in addition to a scooter. Now Ducati CEO Domenicalli has added his comment about the future of Ducati EVs.

Speaking to students at the University of Bologna, Domenicalli said, “The future is electric” and production of the first EV is not far away.

Could Ducati’s EV look like the Ducati Zero concept by Suraj Tiwari?

If this is true, we may see Ducati’s first EV by 2020 or 2021. A number of countries would have started their electric vehicle initiatives by then.

However, we expect Ducati to sell their new EV side-by-side with the petrol-powered motorcycles for a number of years until the fully-EV ruling takes over in 2030 onwards.

That means we will still have the Panigale for a while more.

By the way, many countries in the world will be switching to electric vehicles in as early as a decade. The plans call for bans on new petrol or diesel vehicles being produced, while they are phased out over a number of years.

What about Malaysia? Apart from the limited amount of self-installed charging stations, what is the government doing about electric vehicles? Besides “studying” to limit kapchais to 70 km/h and keeping to the left lane? (They’ve now conveniently forgotten what they said about the 70 km/h limit and pursuing the “keep to the left” study.) 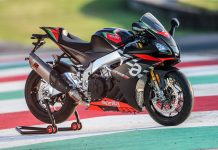