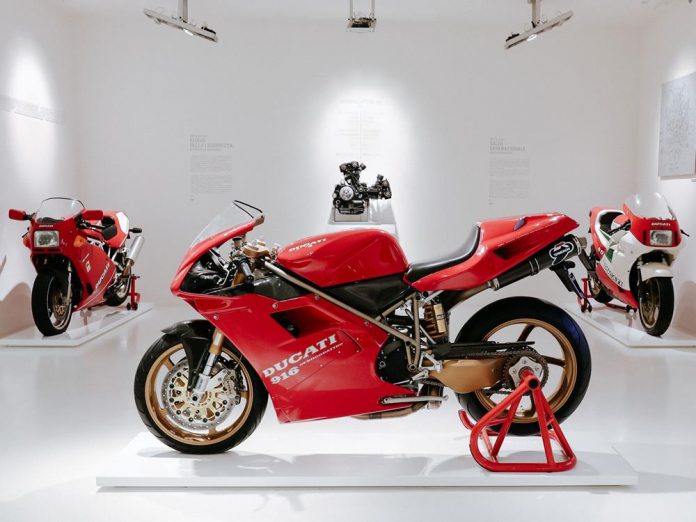 The late Massimo Tamburini richly derserves the title as the best motorcycle stylist. It was his work in producing the Ducati 916 which transformed how all bikes look these days.

Now one of his three prototype Ducati 916 is on display in the Ducati Museum at Borgo Panigale.

Tamburini took six years to develop the bike. The aerodynamics and chassis were all done through personal expertise and experience on the roads around Rimini, besides the Mugello and Misano circuits He never used the wind tunnel once. Tamburini was one of the founders and partners at Bimota and brought his speciality in designing the frame and chassis.

No one in the wildest dreams could probably think such a machine could dominate the World Superbike Series, given the way it was developed. And it was the 916 which secured Ducati’s name as a prestigious motorcycle manufacturer.

Sadly, Massimo Tamburini passed away in 2014 before the 25th anniversary of the Ducati 916. Ducati produced a limited run of the Panigale V4 25th Anniversario 916 to commemorate the historic model.

His legacy lives in this machine displayed in the museum. It’s of the 916 SP version which features the top-shelve components such as Brembo Gold Line brakes, Ohlins suspension, five-spoke magnesium wheels, carbon fibre Termignoni exhaust silencers, lightened single-side swingarm, etc. The bike has only a tachometer and water temperature gauge.