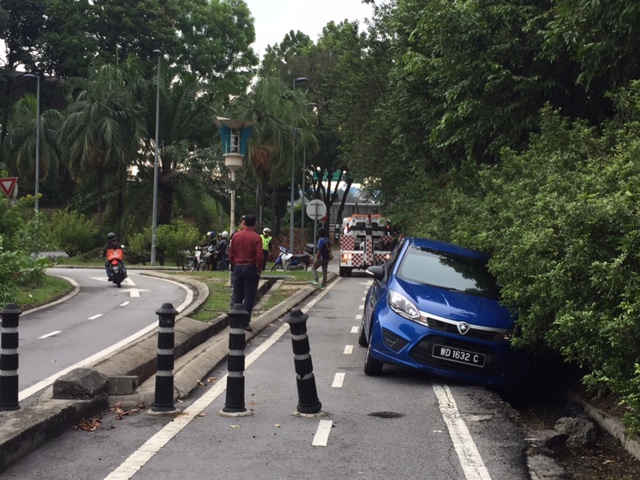 On the other hand, motorcyclists and motoring media are vocal about the dangers of the motorcycle lane. Dangers such as flooding, lack of proper lighting, bad road conditions and signages and even theft are some of the problems with the motorcycle lane on the federal highway.

But another problem is cars! There have been a number of times where cars have invaded the motorcycle lane to cut queue or simply beat the jam. These not-very-bright individuals put the lives of hundreds of motorcyclists in danger with their actions. 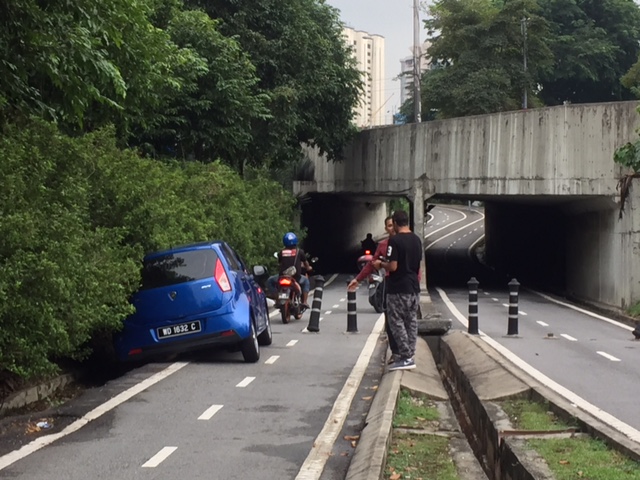 No police officers were seen on the scene but the motorcycle lane was blocked off for a private tow truck to get to the car. If there was an award for the most idiotic driver of the day, it would be this guy!

Watch the video below to see what our editor and the Managing Editor of Autofreaks.com Chris Wee had to say about the motorcycle lane in the recent ‘Torque Show’ by Autobuzz.my.