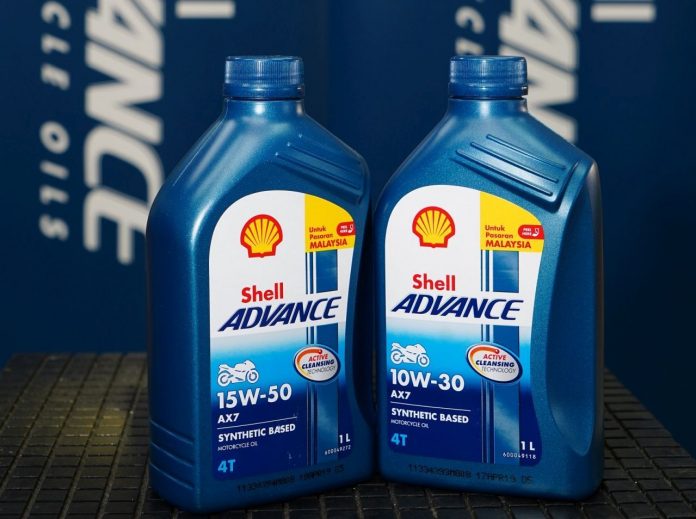 We’ve written a number of articles about motorcycle engine oil in the past but of course, myths surrounding them are hard to die. At the same time, we’ve found two good oils in the market that dispel the myths. They are the Shell Advance AX7 15W-50 and Shell Advance Ultra 15W-50.

This writer has ridden motorcycles for the past 31 years and owned plenty of bikes along the way. Accordingly, he’s used plenty of brands and types of engine oils in the market, some of them are non-existent anymore.

But first, let’s take a look at the two products. 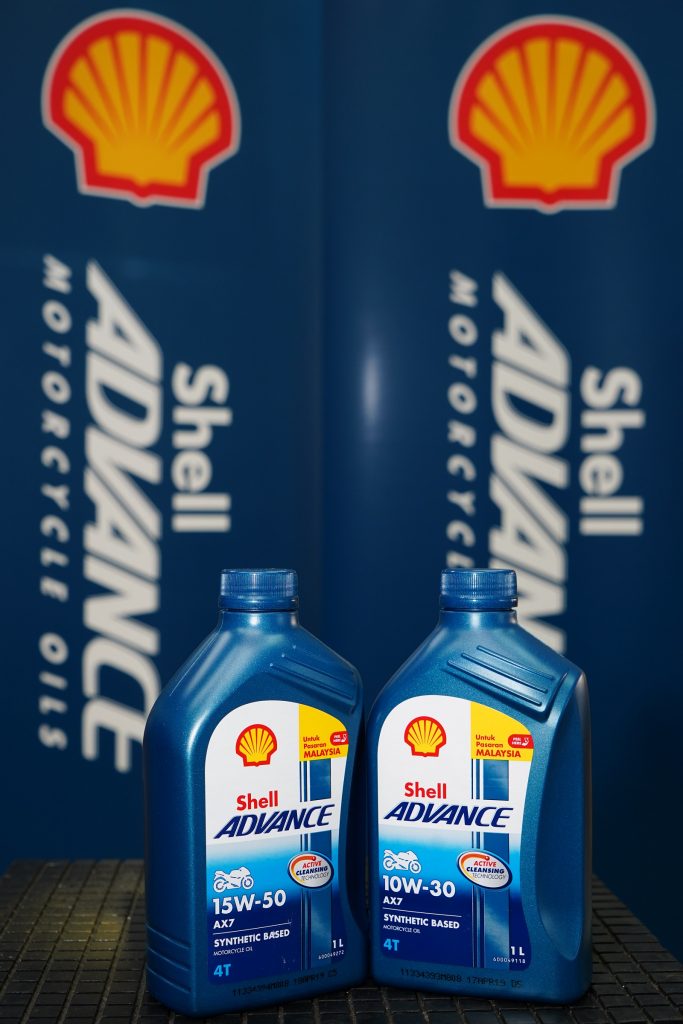 Shell Advance AX7 15W-50 is a synthetic blend engine lubricant. It complies with the latest API SM service standard. It’s also certified with JASO MA2 for motorcycles with wet clutches. Shell has formulated the oil with Shell Active Cleansing Technology to break dirt and soot particles, preventing them from clumping up and blocking oil passages or scoring engine parts. As such, it is suitable to be used in small capacity motorcycles all the way to superbikes.

With the recommended retail price of RM 33.90, it represents great value. 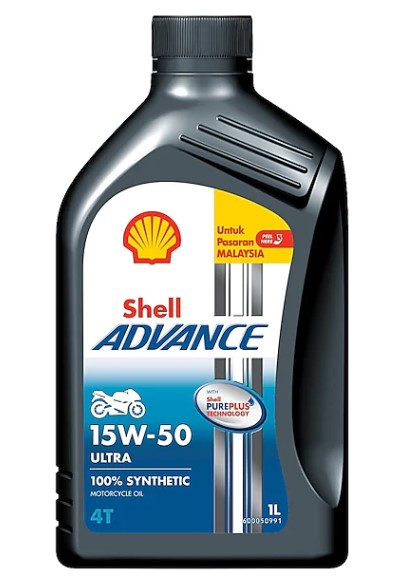 Shell Advance Ultra 15W-50 is the ultimate in lubricant technology and engine protection.

Shell Advance Ultra products are formulated using unique Shell PurePlus Technology, a leading-edge gas-to-liquids technology process that converts natural gas into base oil with virtually no impurities. This creates a base oil with stronger molecular bonds for long lasting performance as well as providing enhanced viscosity, friction and volatility performance when compared with traditional base oils. 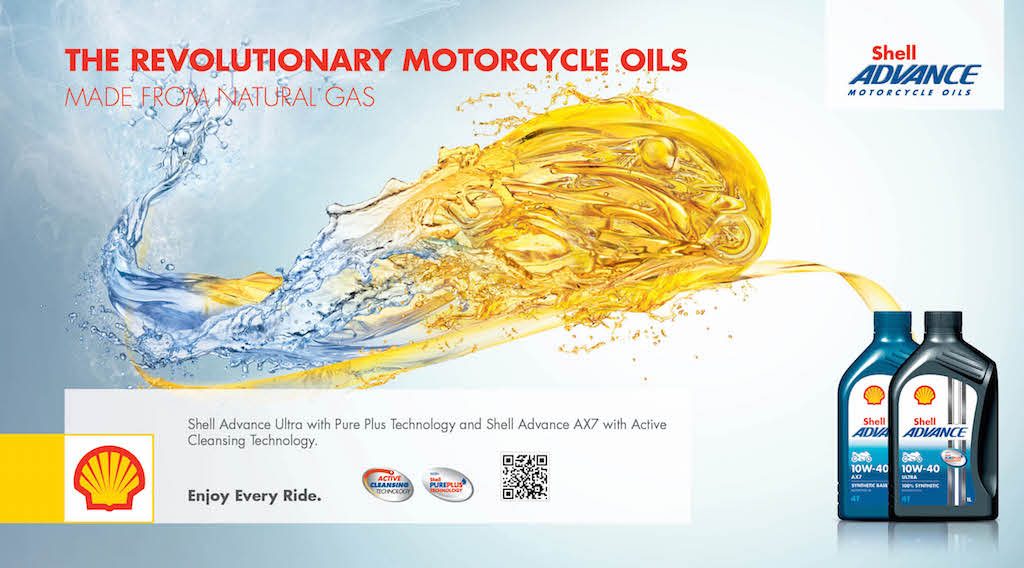 It complies with the latest API SN service standard. It is also certified with JASO MA2 for motorcycles with wet clutches.

At a recommended retail price of RM 68.30, it’s affordable while still providing riders with years of enjoyment.

Myth 1 – All oils are made to degrade quickly

This myth may be true 30 years ago but isn’t quite true in this age of modern engines and better additive packages in engine oil.

Let’s look closer at each aspect.

On the lubricant producer’s side, they are also striving for the same performance from their products i.e. to allow the engine to produce more power while providing optimal protection. Consequently, the customer’s bike not only lasts longer but also avoid high maintenance costs.

These days, if you can find a good mineral oil, it can outlast semi-synthetics from years ago due to superior additives and higher quality base oils.

As such, engine oils such as the Shell Advance AX7 and Shell Advance Ultra are formulated through years of experience not only in racing but also through feedback from consumers like you and me.

Thereby, the Shell Advance AX7 15W-50 semi-synthetic provides superb protection for older and the latest small bikes to big bikes for longer periods of time. The Shell Advance Ultra 15W-50 on the other hand, can be used on all bikes from the smallest to the latest high-powered beasts.

Again, this was true many years ago. I’ve purposely ran the AX7 15W-50 in my Kawasaki ER-6f past 6000 km with the bike still feeling like it had just undergone an oil change. Sure, certain workshops will say, “Change the oil after 3000km” but the best way is to refer to your user’s manual.

Additionally, semi-synthetics are formulated With a combination of fully synthetic and mineral base oils, giving you some of the protection of fully-synthetic oils.

Myth 3 – Using fully-synthetic oil is a waste of money

For example, the Shell Advance Ultra 15W-50 is the official engine oil for Ducati and the manufacturer recommends oil changes every 12000km. Again, refer to your motorcycle’s owner’s manual – you’d be surprised that you don’t have to change oil every 5000km.

This myth is especially propounded by owners of older motorcycles. Truth is, seals need to be replaced after a certain period of time because they will wear down. Fully synthetic oils usually come in the thinner viscosity grades with more neatly arranged molecules and tend to find their way through these gaps and leaks much sooner. For a well-maintained motorcycle with regularly changed seals, no leaks should be expected.

A Bit of News

Before we end, Shell Malaysia also announced that Fattah Amin is their New ambassador for Shell Advance motorcycle oils. Visit one of the Advance Branded Workshop today, who knows you might stand a chance of meeting Fattah Amin at the workshop!