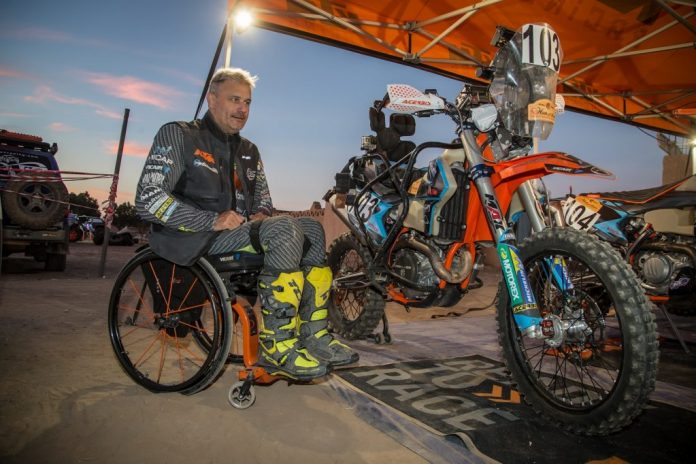 As the 2019 Dakar Rally ends, we searched for a name in vain. The rider is Nicola Dutto, the first paraplegic rider to compete in the rally. It turned out that he was disqualified!

As we wrote earlier, Nicola Dutto relies on a three-person team of “ghost riders” to assist him during the punishing 10-day rally. One rides ahead to choose lines and two as spotters in case Dutto needed to stop or drops the bike.

On Day Four, the spotter Julian Villarrubia’s bike started to lose power. The team took three hours to get it going again, before failing again just minutes later. The team discussed the situation and left Villarrubia to ride on.

Unfortunately, Victor Rivera’s bike started running poorly. The team limped to the next checkpoint. They notified the officials that Julian and his bike needed to be recovered. Apart from that, they also asked if they could ride to the night’s camp on the highway, since Dutto has only one spotter. The team was prepared to receive a time penalty for not completing the set course.

Many calls went back and forth among the officials before Dutto and his remaining support riders was allowed to continue on the highway, provided they agreed on a time penalty. 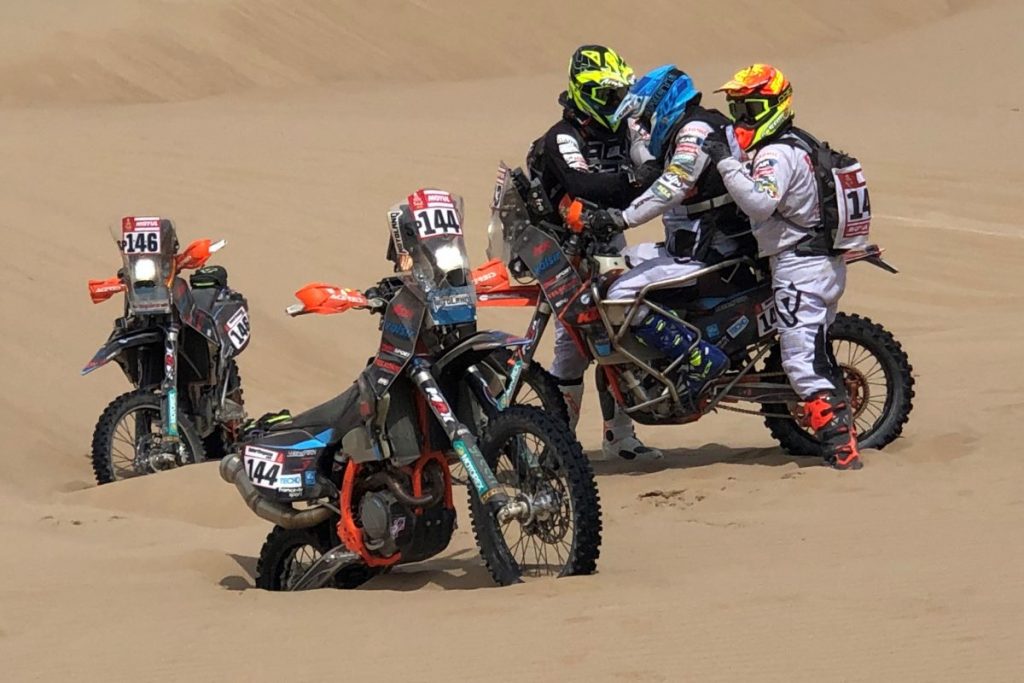 “We followed the direction of the marshals,” says Nicola in a video posted by Vicair, one of his sponsors and special seat maker, “and when we arrived at the bivouac the race director said we were out of the race because we must follow all the tracks.”

Adding insult to injury, the organizing committee refused to explain the disqualification. Instead, they posted that Dutto and his team failed to start the day.

The heart-breaking news triggered a worldwide firestorm of criticism against the organiser’s director, Etienne Lavigne. 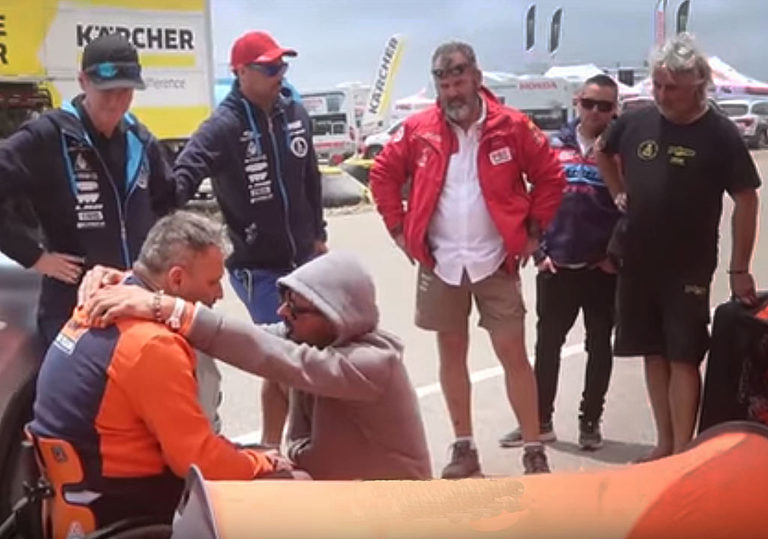 Needless to say, Dutto and his team were devasted as they had spent much time and money to participate in the rally. The riders many fans were also saddened to hear the news.

We hope the team could put this unfortunate episode behind them and come back stronger for the 2020 edition.