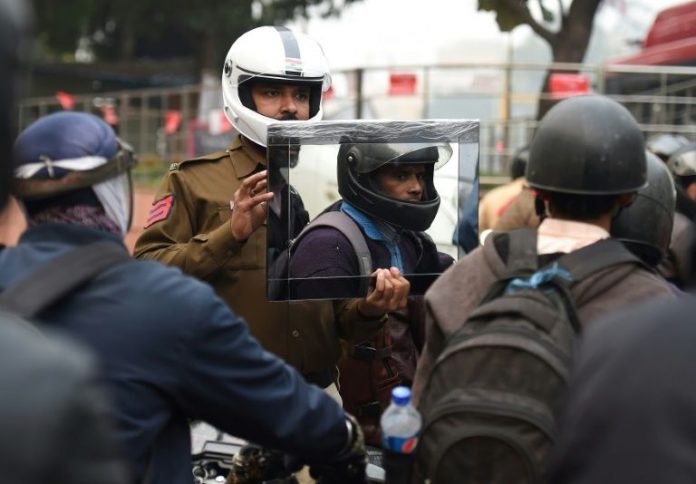 A Delhi traffic policeman holds up a mirror to traffic violators to reflect upon themselves and their wrongdoings.

Prior to this, the cop Sandeep Shahi gave out free helmets to motorcyclists riding without them. Still, many are riding without helmets although the law mandates it, the risking being fined INR 1,000 and their lives. Motorcyclists are often seen zipping around traffic at high speeds without helmets, while carrying up to three pillions. The pillions themselves often shun head protection, too.

Shahi told AFP, “I was riding pillion with a helmet one day and say myself in a mirror. I felt ashamed. But at the same time, I thought it would be a great way of raising awareness. A mirror never lies.”

He says the measure is working so far. Offending riders apologized and promised to wear their headgear after that.

“I’ve also slides about road safety which I show to road users. But using the mirror is a much simpler way.”

A 2018 World Health Organization report showed 150,785 deaths due to road accidents in India, making it the highest in the world in terms of numbers. The number corresponds to a rate of 22.6 deaths per 100,000 people.