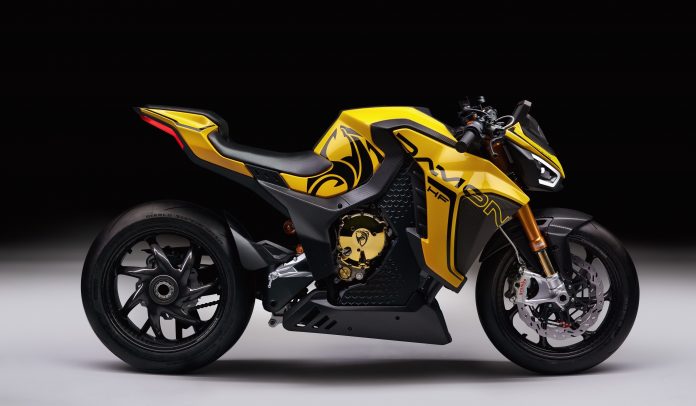 The movement towards electric motorcycles have some purist up in arms.

Most arguments are about the pure joy that the sound of an internal combustion engine has to offer.

While others also think that electric motorcycles look weird.

Well there are some really good looking electric motorcycles like the prototype MotoE bikes and some of the renderings we have seen from the likes of Ducati and KTM.

The latest one from Canadian electric motorcycle startup Damon Motors seems promising as well, check it out in the video below.

Damon Motors first made a name for itself with the introduction of the HyperSport two years ago, video below.

And at the recent 2022 CES electronics convention in Las Vegas, Damon Motors once again turned heads with the bike you see here – the HyperFighter. 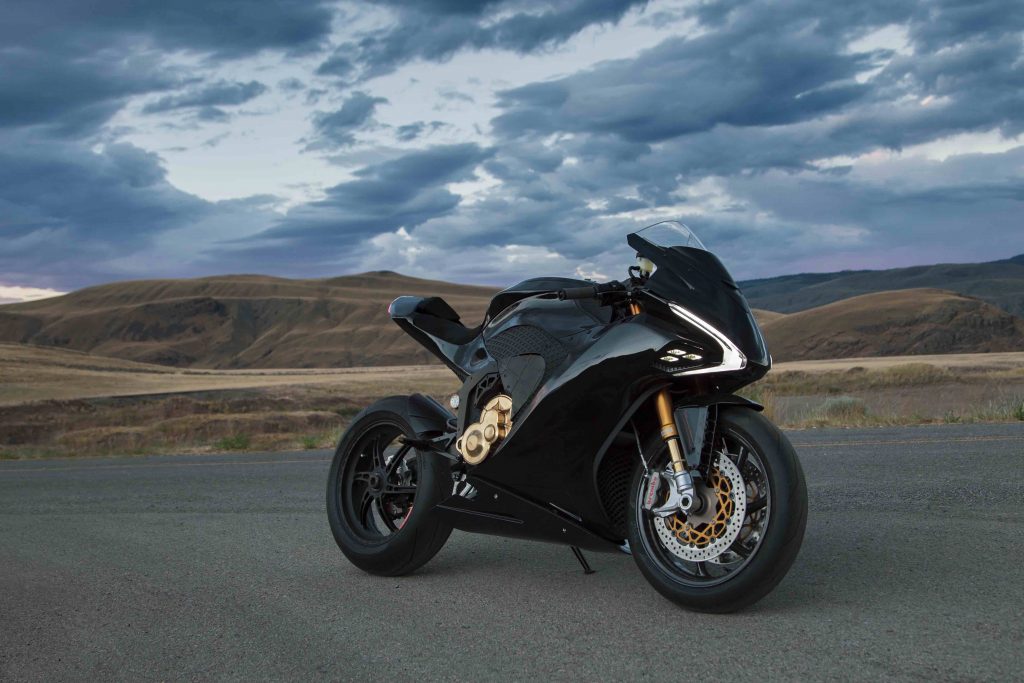 Both bikes will be built in Vancouver, British Columbia.

The new HyperFighter will use the same basic underpinnings of the HyperSport but will take on a more aggressive “naked” design – something like Ducati’s Streetfighter.

Damon Motors promises the bikes will be feature packed. 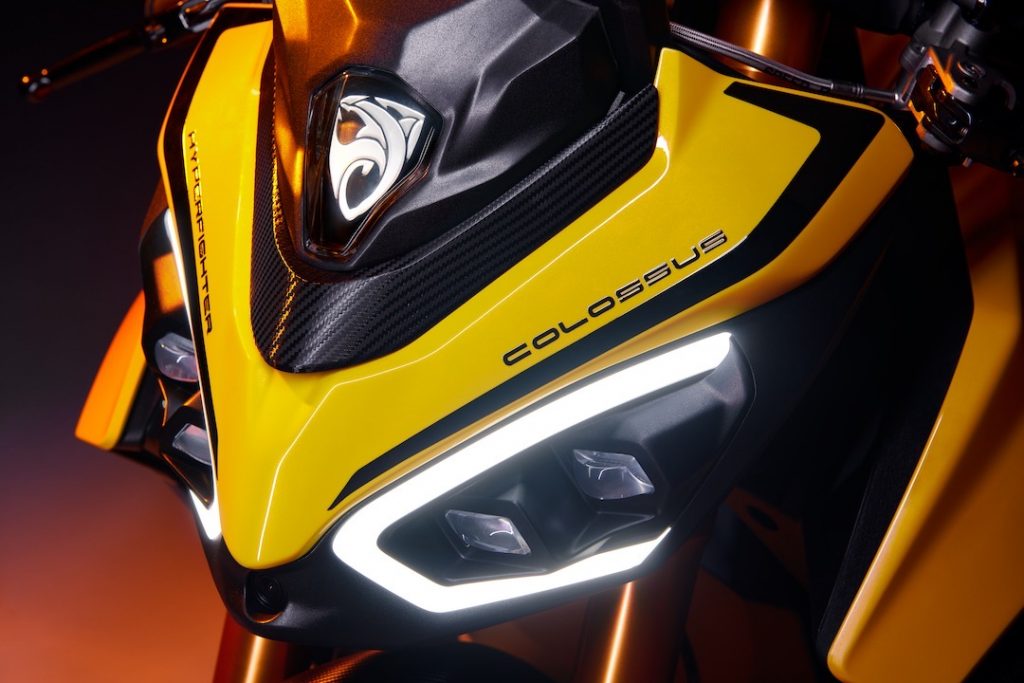 For started a safety suite called CoPilot will be part of the package and utilises sensors, cameras and an AI system to alert the riders using haptic vibrations in the handlebars.

The CoPilot system will let the rider know that a car is in the blind spot or if they are following too close to a vehicle ahead.

There are also visual warnings in the form of LED lights in the dash. 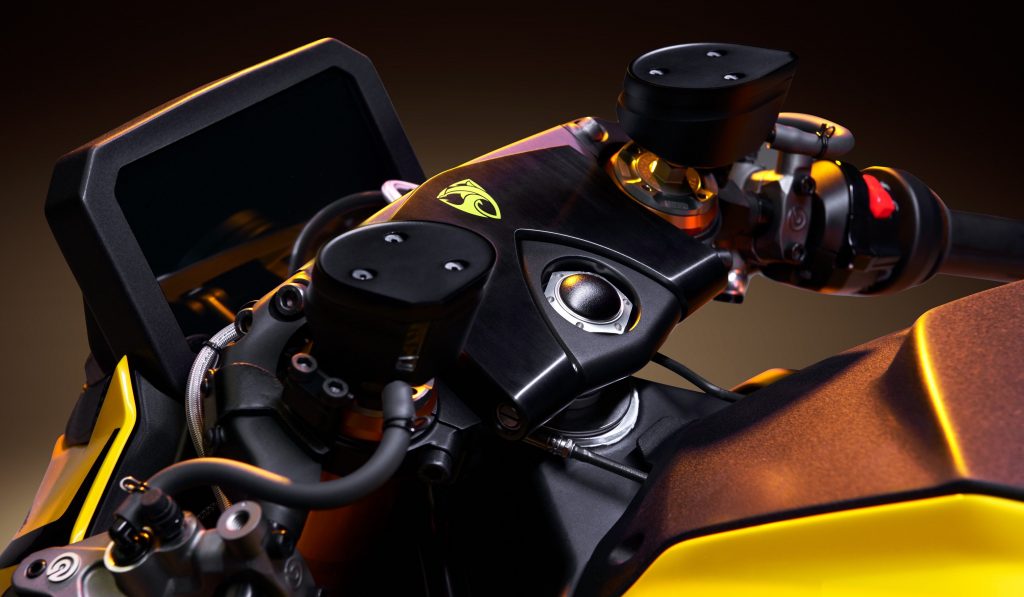 Rider comfort too is a major priority for Damon Motors. The company has something called the Shift ergonomic system that allows a rider to change the position of the bike’s handlebars and footpads and others while riding is a major breakthrough for the motorcycle industry.

The Shift system can change the riding position of the HyperSport from a crouched down style road-racer to a more upright system for navigating urban traffic – all while riding. 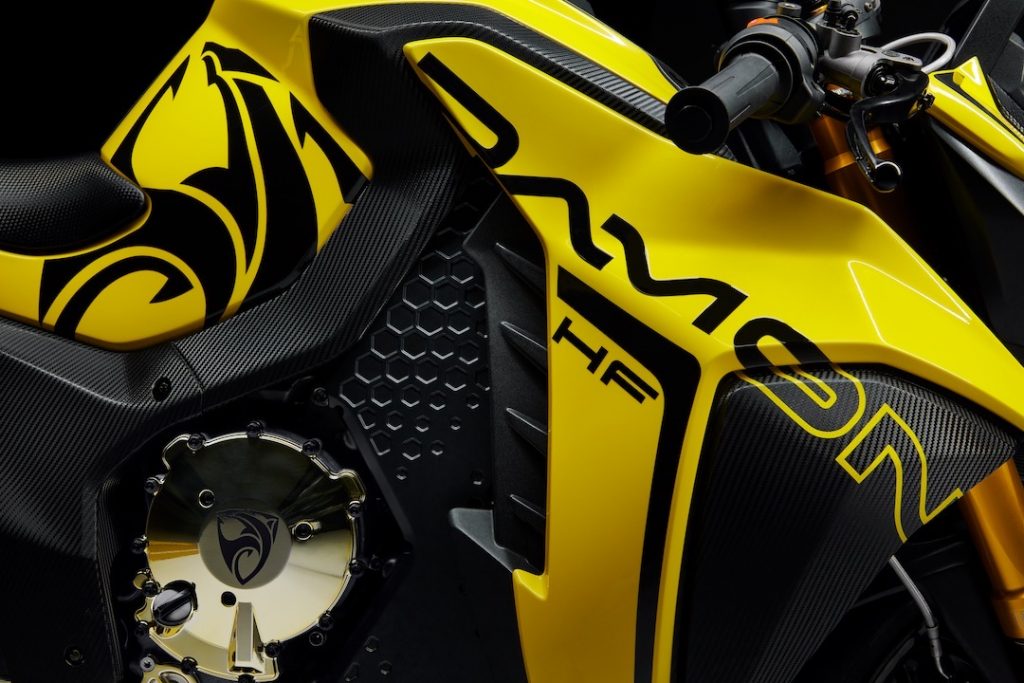 You may think that that is not a big deal – but consider the fact that other bike makers too allow for a change in handle bar and seat position, but only with tools and when the bike is stationary.

On the Damon Motors motorcycles, these changes are done by small electric motors that change those elements on the fly.

In comparison to the HyperFighter, the moveable parts on the HyperSport include the handlebars, footpads and windscreen position all can be changed at the push of a button.

Some American journalist have tried the system and call it “both novel and effective.”

Powering the new HyperFighter is the same electric motor that powers the HyperSport, called the HyperDrive system (below). 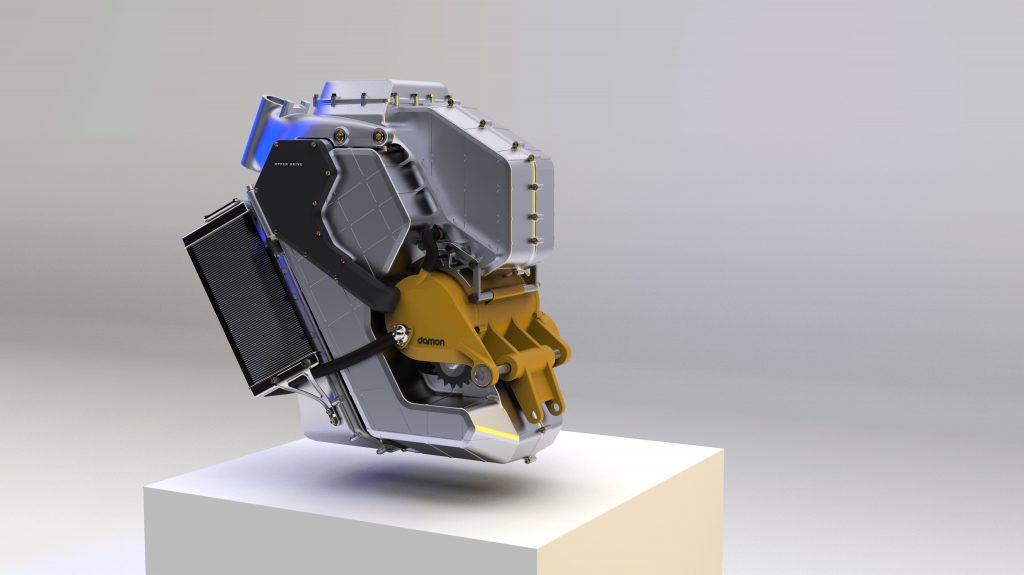 This makes the battery a central load-bearing part of the motorcycle, making it a simple construction and saving weight at the same time.

The HyperDrive system received the Innovation Award Honoree at the 2022 CES show.

The difference between the HyperDrive set up and other electronic bikes is that the HyperDrive system uses a purpose-shaped central battery casing that surrounds the motor.

This is then attached directly to the suspension system, making this a “stressed member” of the motorcycle and sort of a spin on the monocoque frame idea. 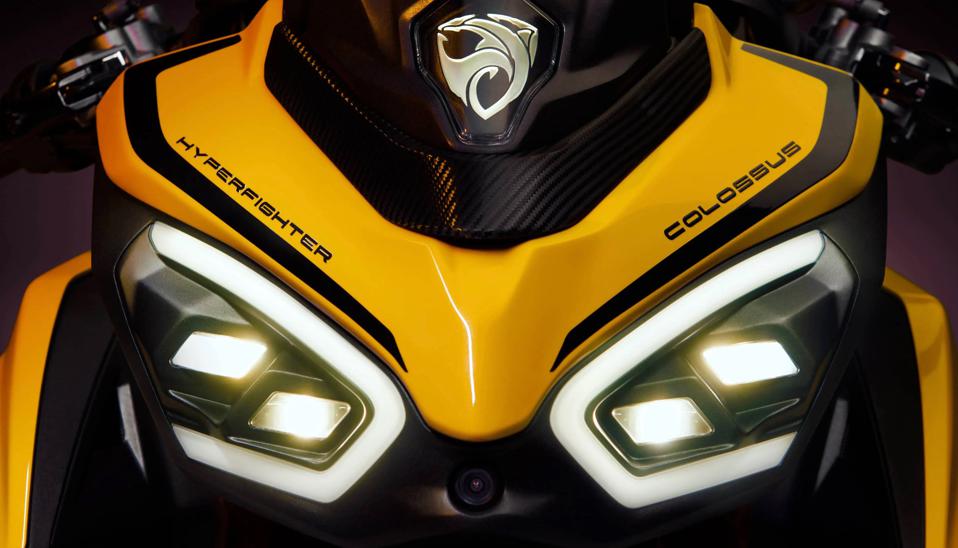 This fresh new take on battery placement also allows Damon to load its bikes with 20kWh worth of batteries, giving the bikes longer range. In comparison, other electric motorcycle makers have battery capacities that top out at just over 16kWh.

But then again, Damon motors wants to also pack its bikes with up to 200hp, so longer range may be difficult with all that power.

The company says top speed will be over 240km/h while the 0-100km/h sprint will be seen off in under 3 seconds. All of these numbers too will suck on battery power quicker than anything else.

As for the price, Damon says that the HyperFighter will be available in three configurations.

1. Colossus is a limited 100-units only model and will feature special wheels and other premium trimming with from USD35,000 (MYR148,000 before taxes).

There’s no indication yet if Damon Motorcycles will be available in our part of the world anytime soon.