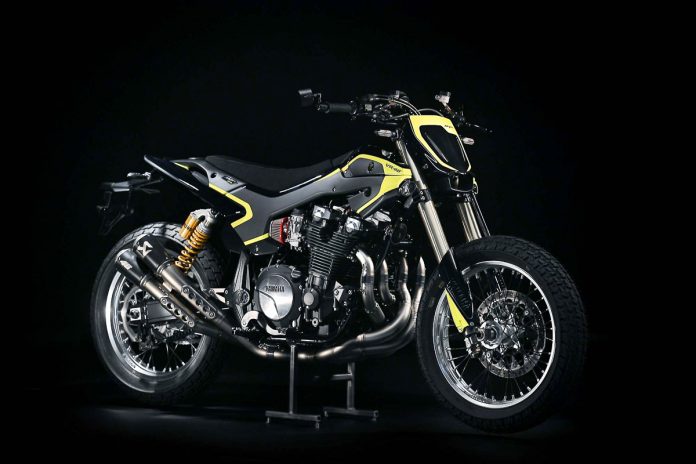 Nicknamed “Mya”, the custom Yamaha flat tracker was built and designed by the folks from the VR46 Riders Academy together with master designer, Rodolfo Frascoli. 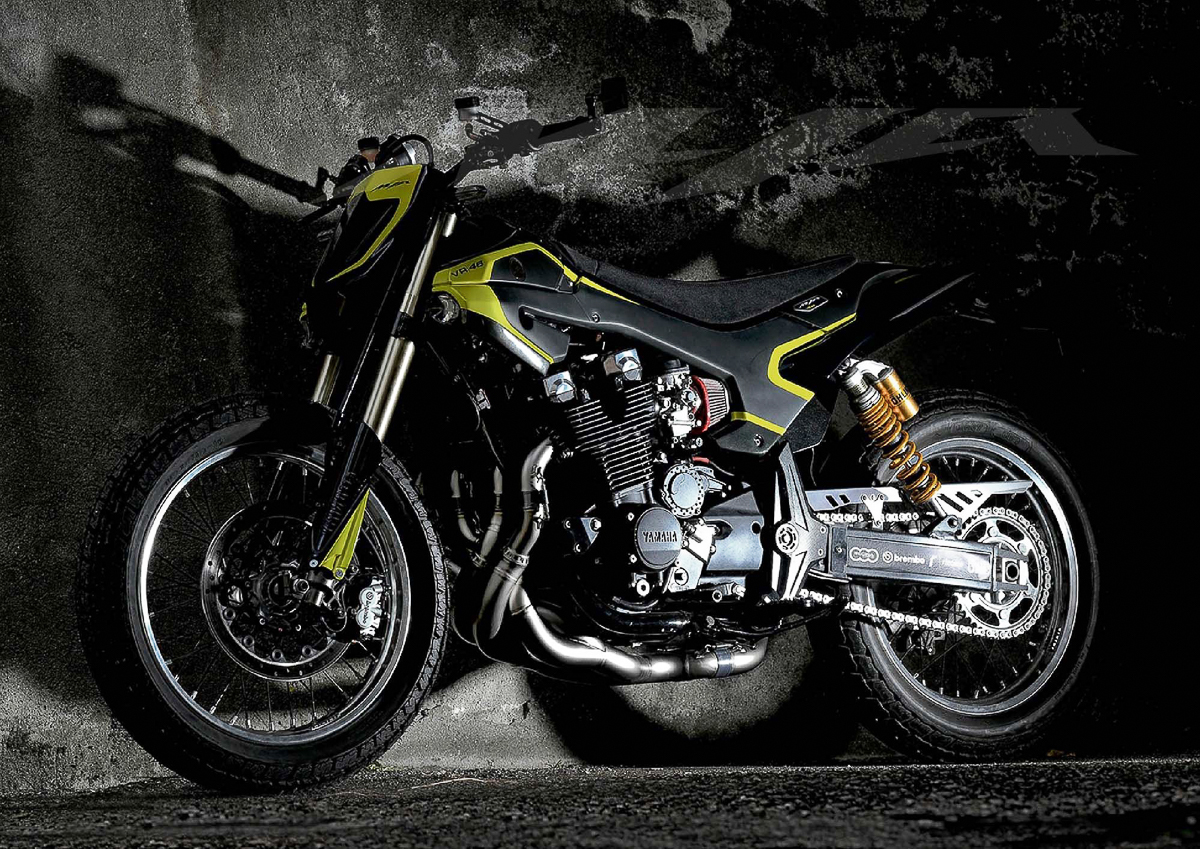 What would be the perfect gift for a nine-time MotoGP world champion with a legion of fans around the globe? It’s a pretty daunting task for anyone brave enough to try but the boys and girls over at VR46 Riders Academy pulled off something quite magnificent for their one and only big boss, Valentino Rossi. 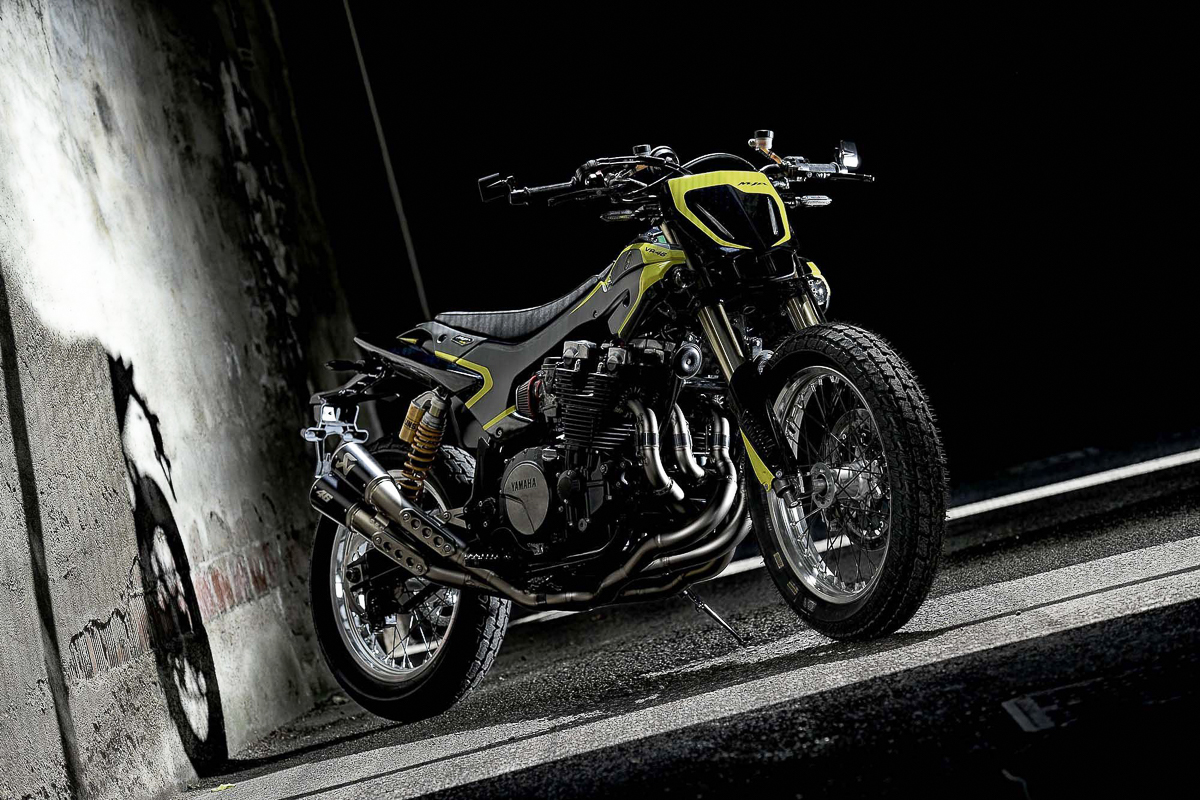 Nicknamed “Mya”, a Yamaha XJR1300 was chosen for this very special project. Most of us wouldn’t think of this particular bike but when you’re Valentino Rossi who’s a factory Yamaha rider that can get his hands on all Yamaha race bikes he wants, there’s some logic in choosing this slightly ‘ancient’ beast. 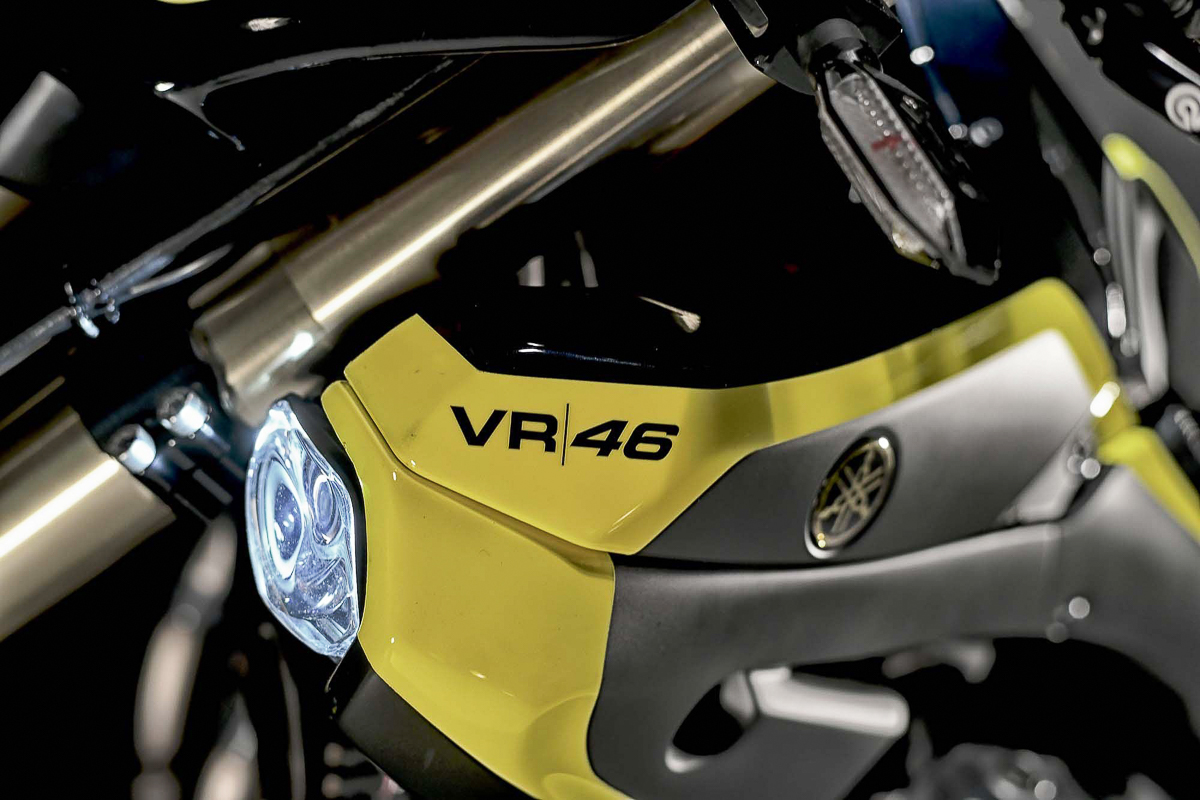 With the help from Rodolfo Frascoli who also designed the Suzuki Katana 3.0 concept, they got to work with customising the XJR1300 into the ultimate flat tracker. On the front end, a set of headlights taken from the new Yamaha YZF-R1 was chosen to give it a one-off look. 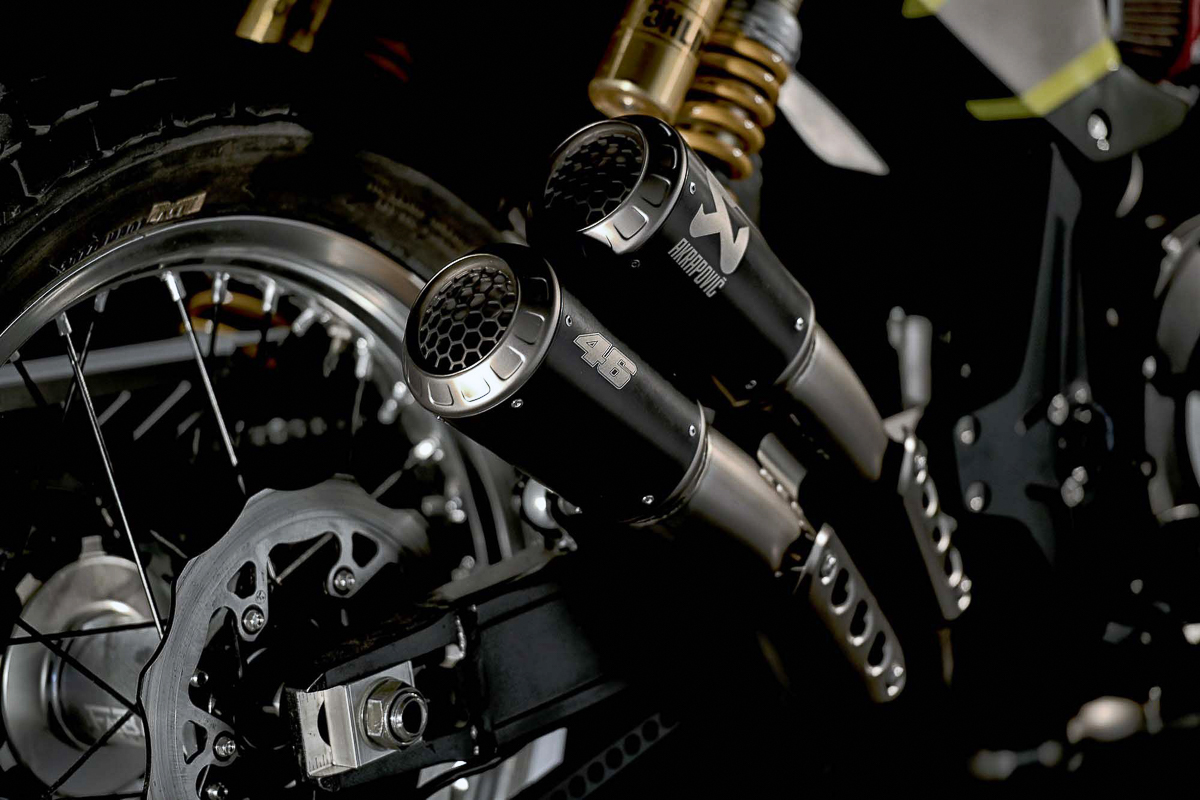 Looking under all that mesmerising paint job lays a few party tricks. The suspension package has been upgraded with some golden Ohlins goodies while the exhaust system is amped up with the assistance of a double-barrel Akrapovic full-system exhaust. Oh boy, oh boy, oh boy. 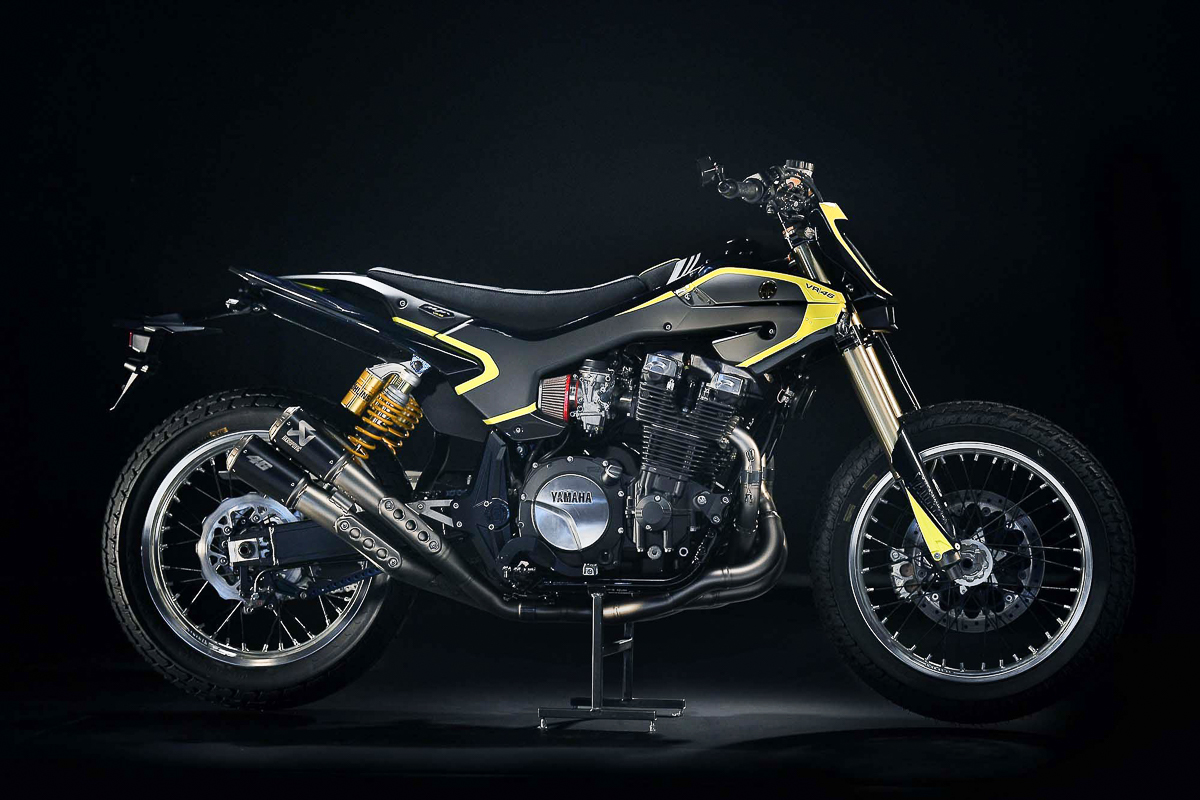 To complete the flat tracker look and feel, a set of 19-inch spoke wheels wrapped in flat tracker-appropriate tyres were installed. The result? A custom bike that anyone would fall head over heels for, even for the “Greatest of All Time”. It’s good to be The Doctor.