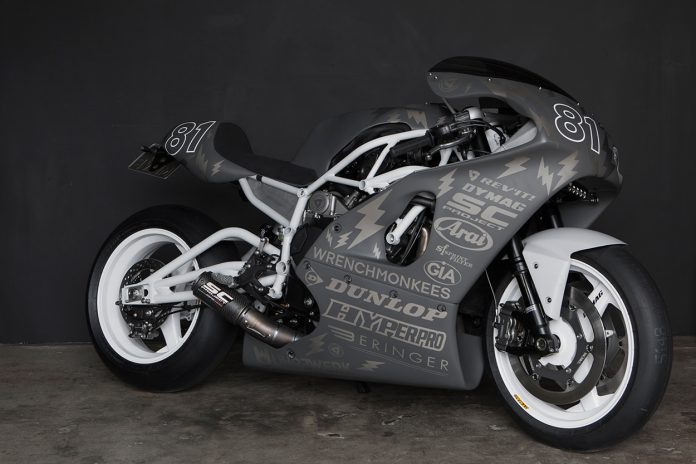 The master builders over at the Wrenchmonkees based in Copenhagen built this custom Kawasaki H2 inspired by retro endurance racers.

The bike and project was commissioned by Dutch riding gear manufacturer, REV’IT!

REV’IT!’s urban riding gear range that offers both style and high-tech technology was envisioned on the custom H2 built with superior taste and styling. 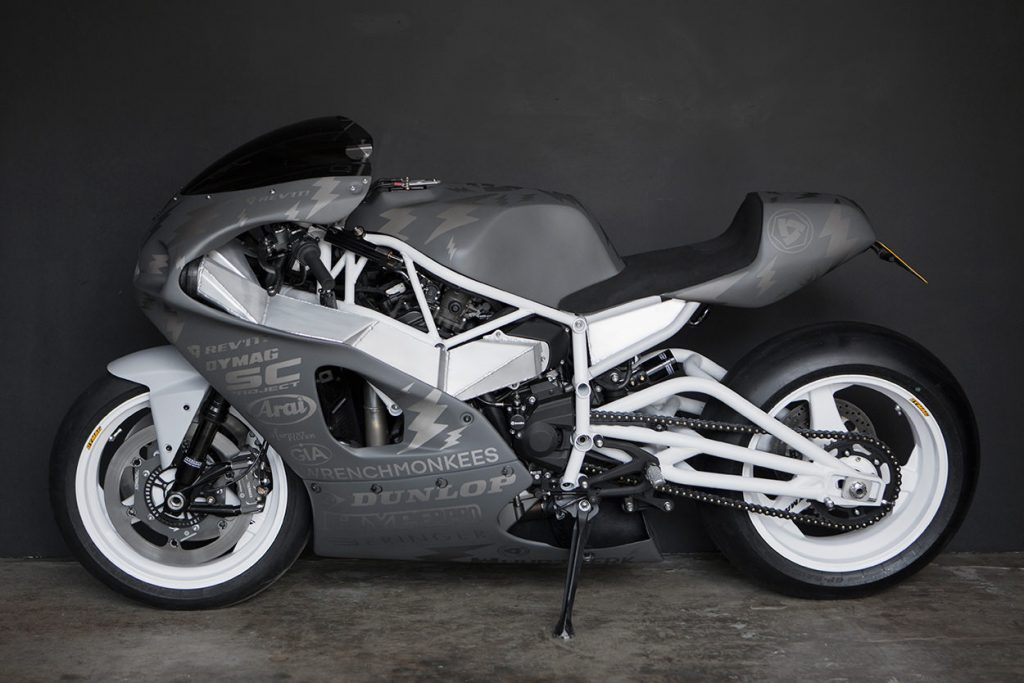 The Wrenchmonkees together with REV’IT! has come up with this custom Kawasaki H2 with a lot of inspirations dated back to the 80s and 90s era where motorcycles were iconic and timeless in their own right. What usually involves an old bike being turned into something modern went the other way around with the world’s fastest supercharged motorcycle known to man taken for a proper journey back in time. 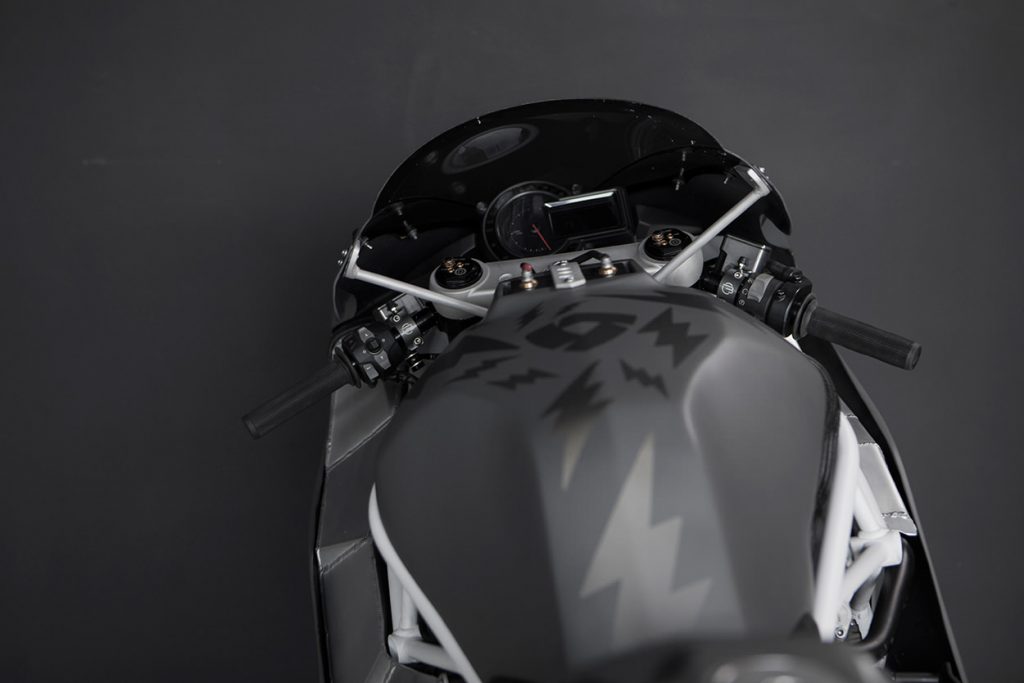 Most of you might already know about the famous Dutch gear manufacturer REV’IT! and their ‘Tailored Technology’ urban range riding gear. They are stylish on the outside but built with the modern technologies available in the riding apparel making industry. The same concept was envisioned and commissioned to the folks at Wrenchmonkees who they’ve entrusted with the build. 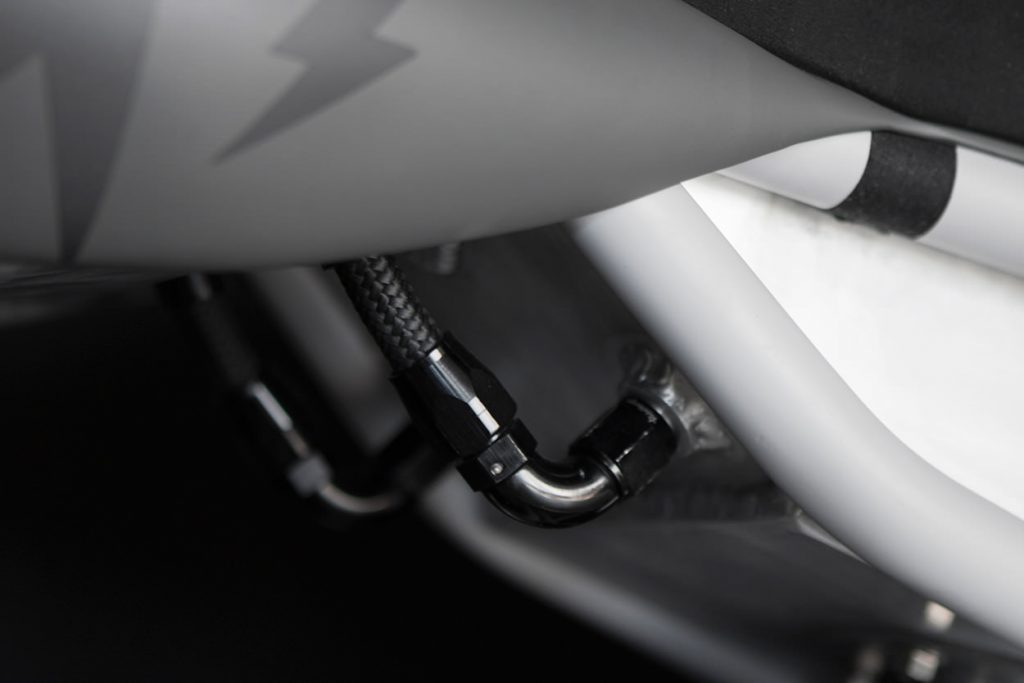 REV’IT! and Kawasaki already have some great history together especially with their sponsored WorldSSP rider and champion Kenan Sofuoglu. Last year, Sofuoglu actually took his stock Kawasaki H2R and set the record for fastest production bike at 400km/h. 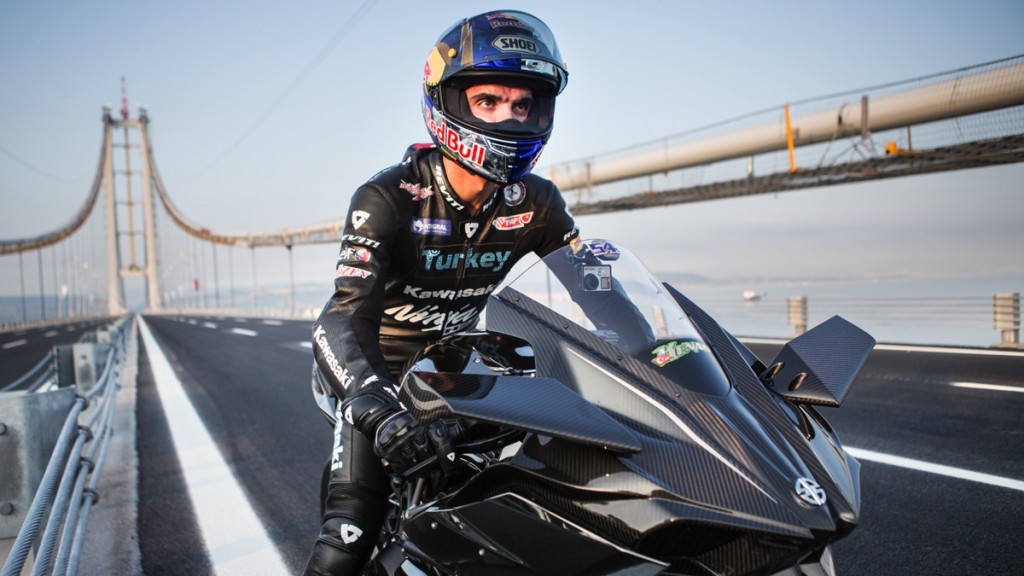 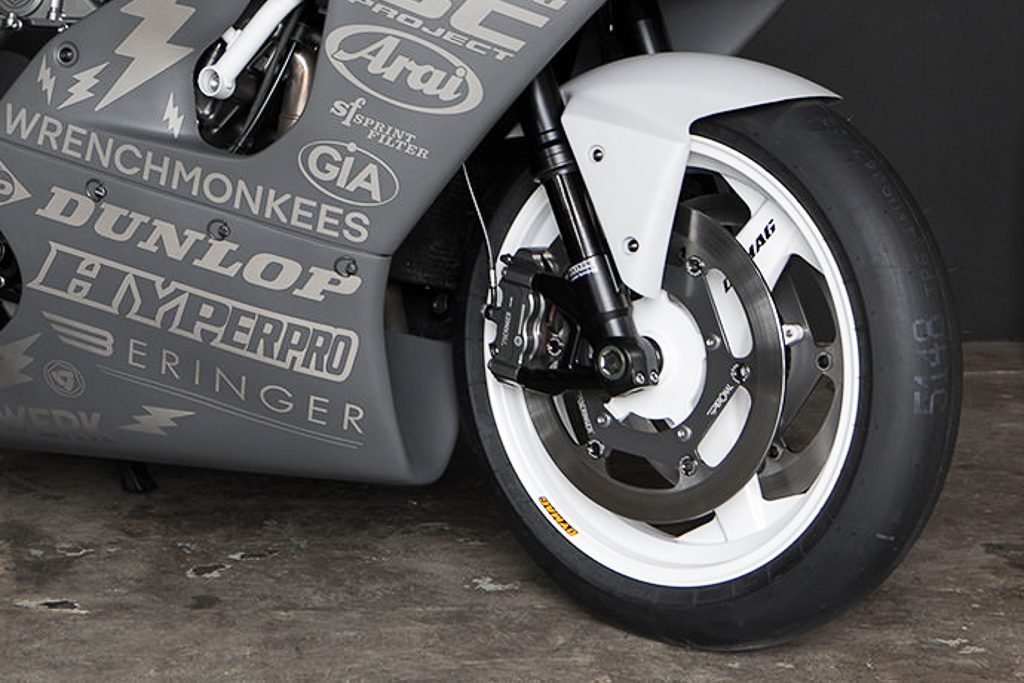 Based in Copenhagen, the Wrenchmonkees’ workshop master builders Per Nielsen and Nicholas Bech put their magic hands to work on the state-of-the-art superbike. They had the momentous task of customising the entire H2 without comprising any of its performance. Not an easy feat but mere mortals. 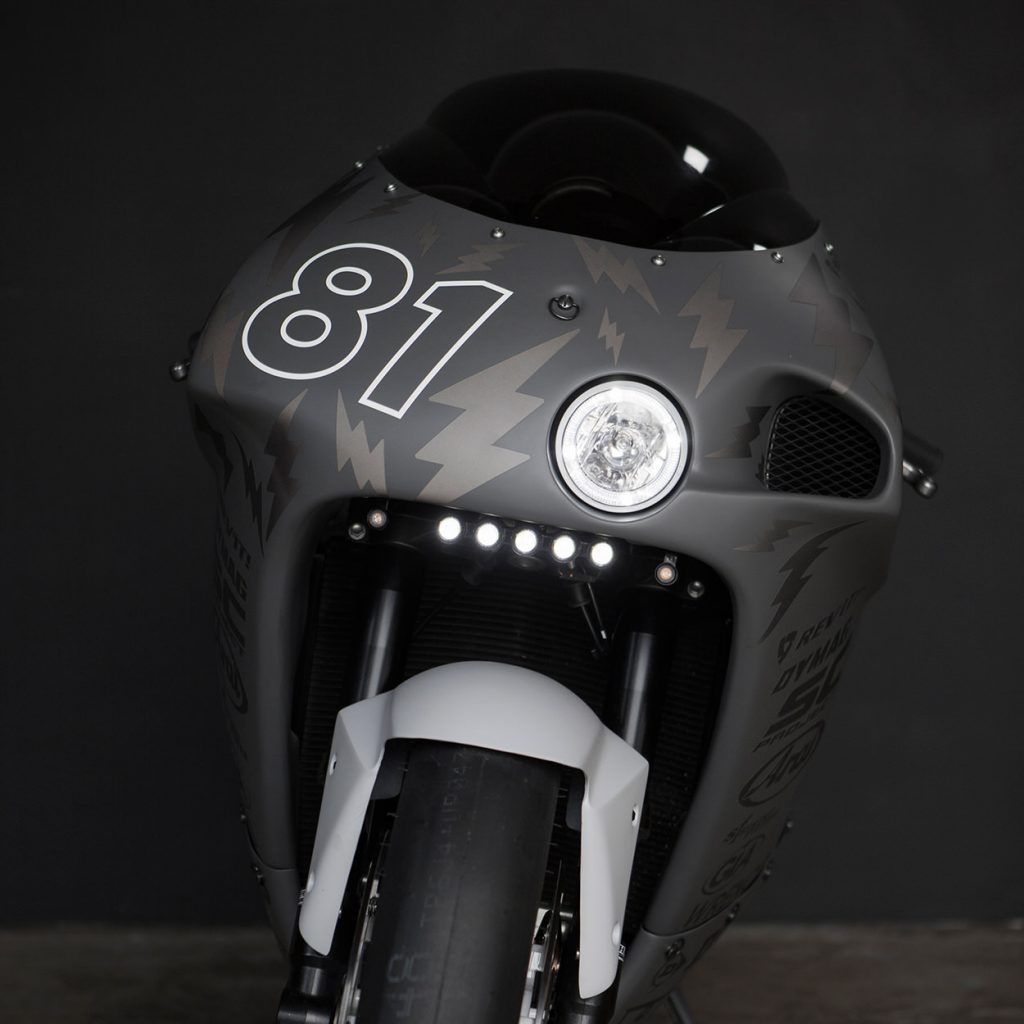 The most noticeable change is definitely the iconic H2’s front fairing filled with aerodynamic goodness and winglets for added downforce. The boys took the fairing of the ZX-7R and hand-built an aluminium air duct on the left side to send some fresh air for the supercharger and a housing compartment on the right to store the cooling reservoir and all the bike’s complex wiring. 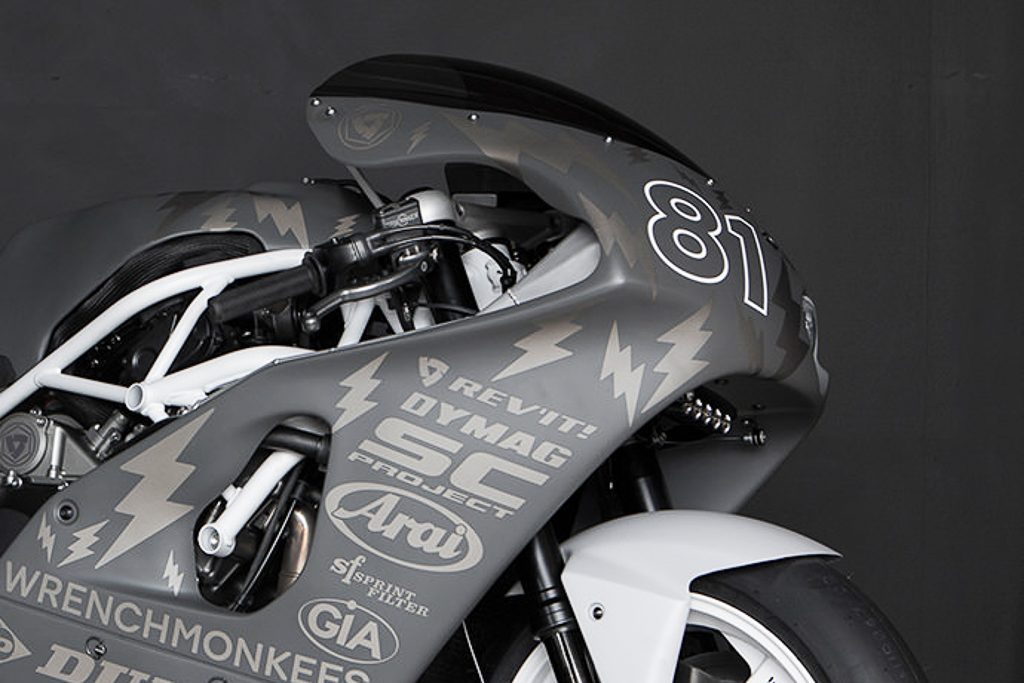 The monocoque tank cover and tail was also remade by hand using fibreglass which is fitted with a neoprene seat pad for some added comfort for the rider. A new subframe was also fabricated by the master builders to compensate with the new shock mounts to give it that classic stance and feel without sacrificing any of the H2’s initial riding performance. 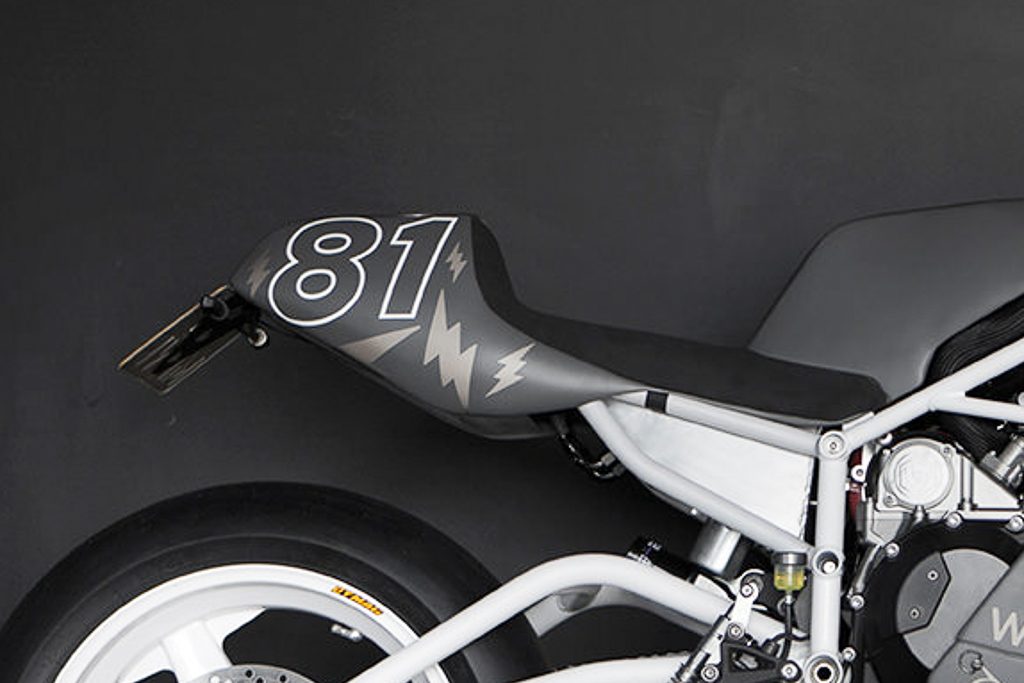 Fuelled by their big passion of old school endurance racers, the H2 was gifted with a couple of performance parts to make it juicier with an SC-Project silencer together with a Sprintfilter air filter for better engine breathability. 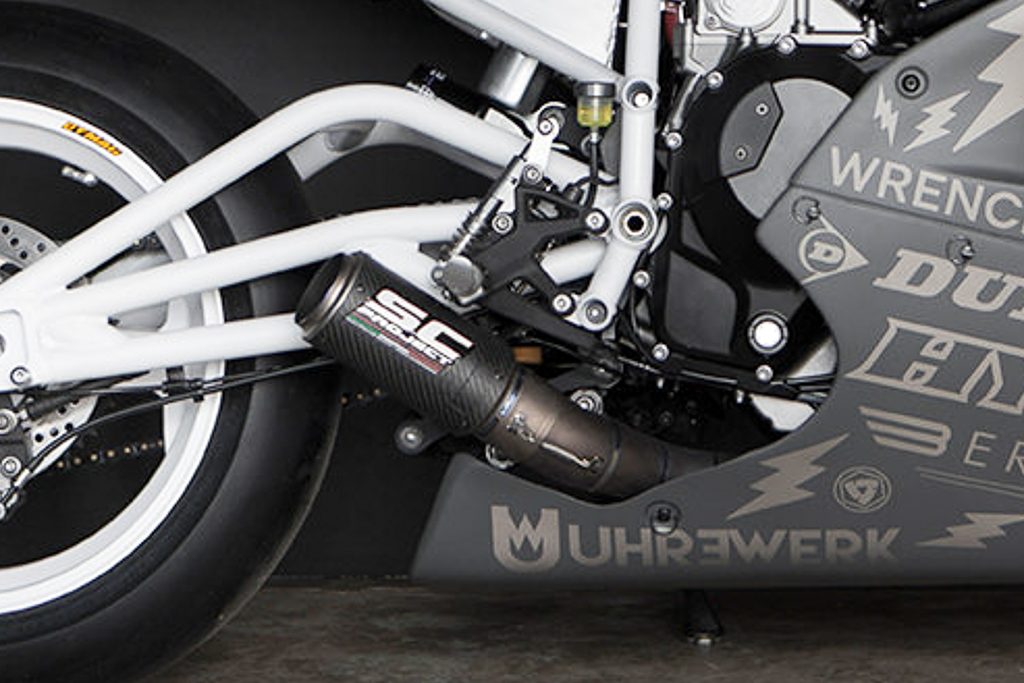 The front fork was graced with some Hyperpro internal components giving the custom H2 a much lower stance by 15mm and full adjustability. The swingarm made with tubular aluminium sourced from GIA Engineering is attached to a fully adjustable Hyperpro shock absorber. 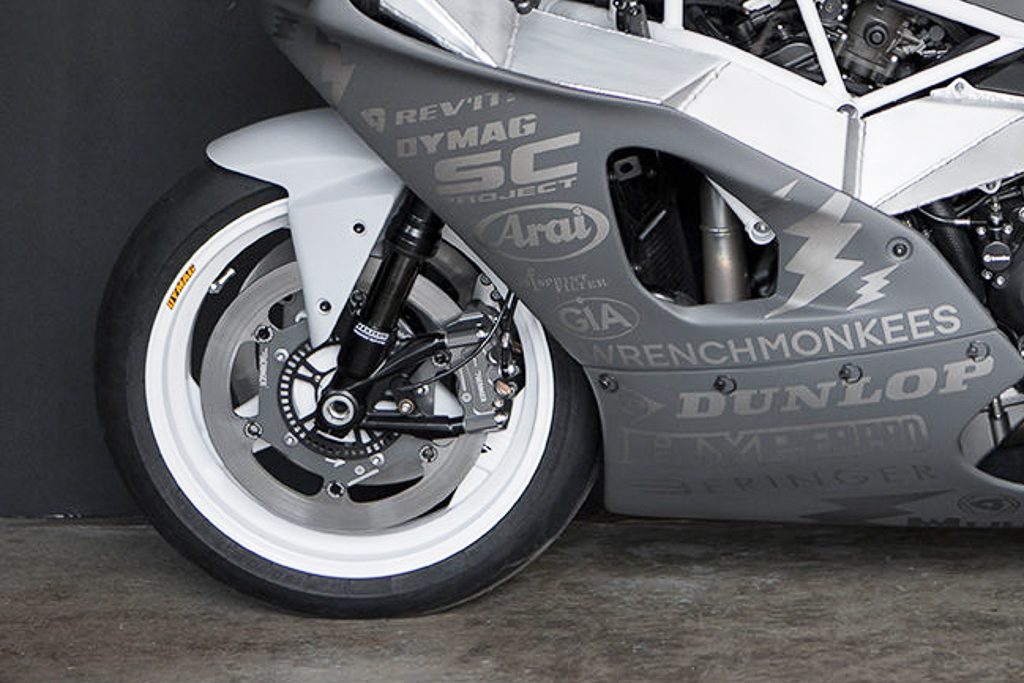 The wheels have been treated with some modern-day wizardry from Dymag and their magnesium wheels wrapped with some Dunlop GP Sportmax race slicks. The entire brake package was supplied by Beringer which includes the front brake discs, callipers, brake and clutch controls and braided steel lines. A set of RK racing chain was also fitted in the custom H2 to ensure superior power transfer to the rear wheel. Sweet. 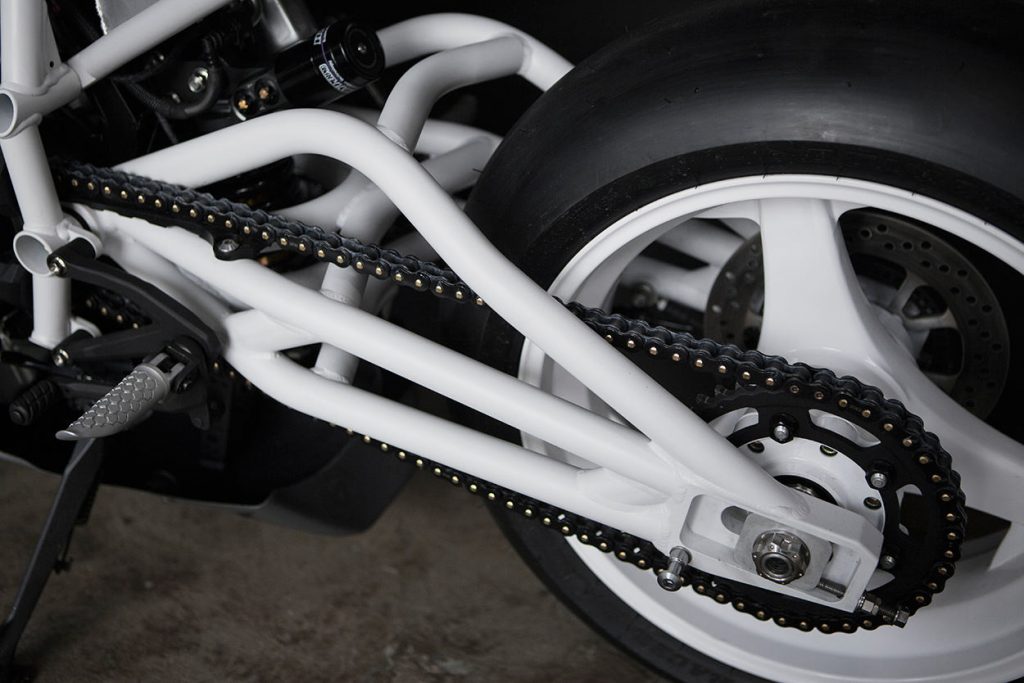 When all the custom work has been done, all that’s left was the paint job. The retro endurance racer look was also initiated to give the H2 a look that’s ‘approachable but not to be messed around’ kind of feel.

Although it no longer looks like the monstrous H2 that most of us recognise, love and adore, this custom bike from the Wrenchmonkees and REV’IT! is indeed a perfect example to be added to the bedroom poster wall. If only we get to see it live and running…