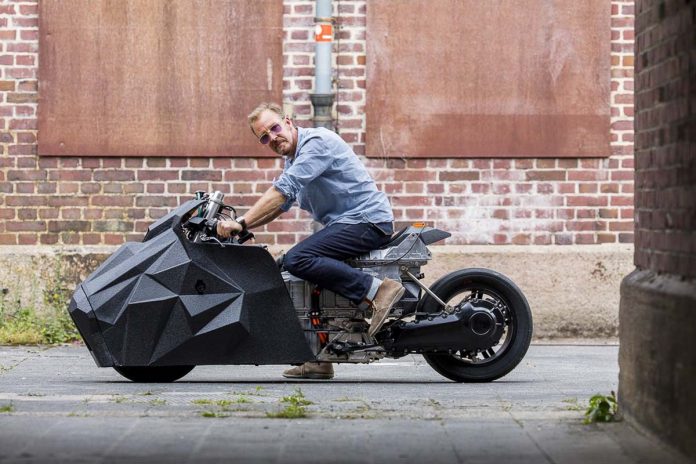 The folks over at Krautmotors in Germany have constructed a custom BMW C Evolution electric scooter dubbed the “E-LisaBad”.

Assigned by BMW Motorrad themselves, lead custom German builder Rolf Reick succeeded in building one of the most beautiful custom electric motorcycles of all time.

Lowered and fitted with some racing slick rubber, the BMW C Evolution produces around 72Nm of torque instantly; 9Nm more than the BMW C650 Sport scooter. 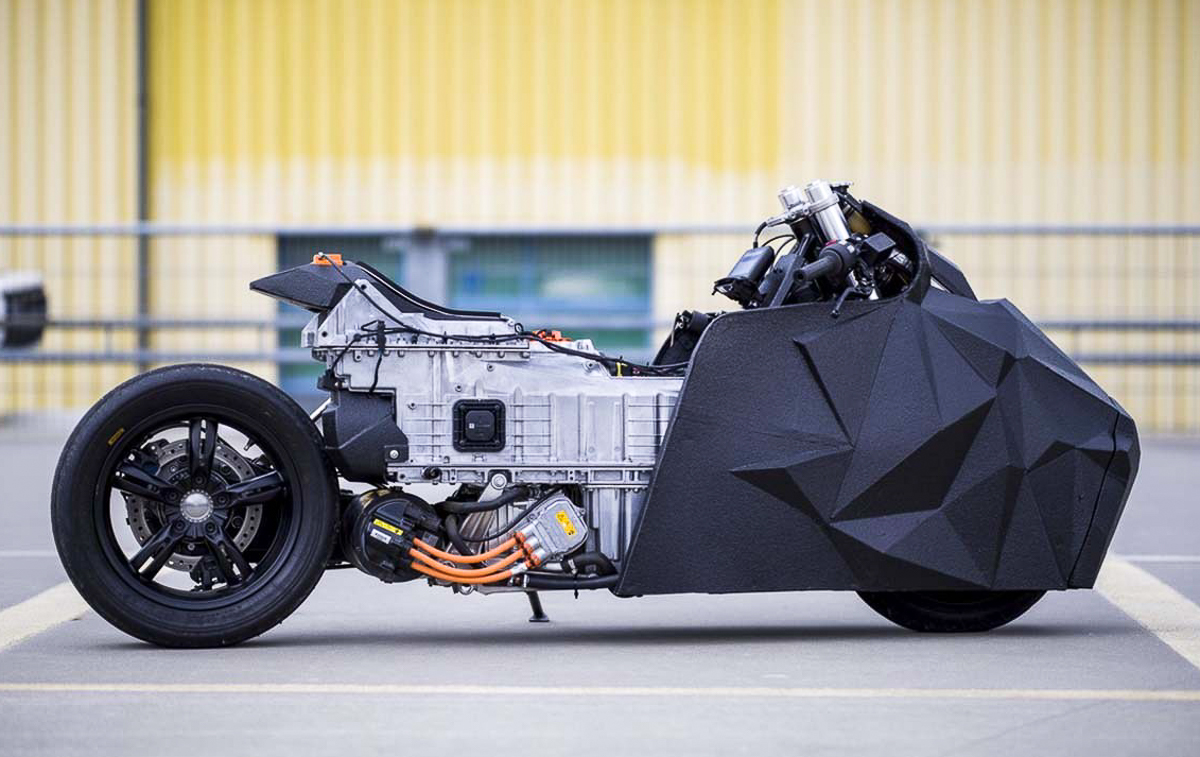 One look at this bike and you know the future of electric motorcycles is heading towards the right direction. What started out as the BMW C Evolution electric scooter, the geniuses over at Krautmotors were given the rare opportunity to customise this very special two-wheeler made by BMW Motorrad. 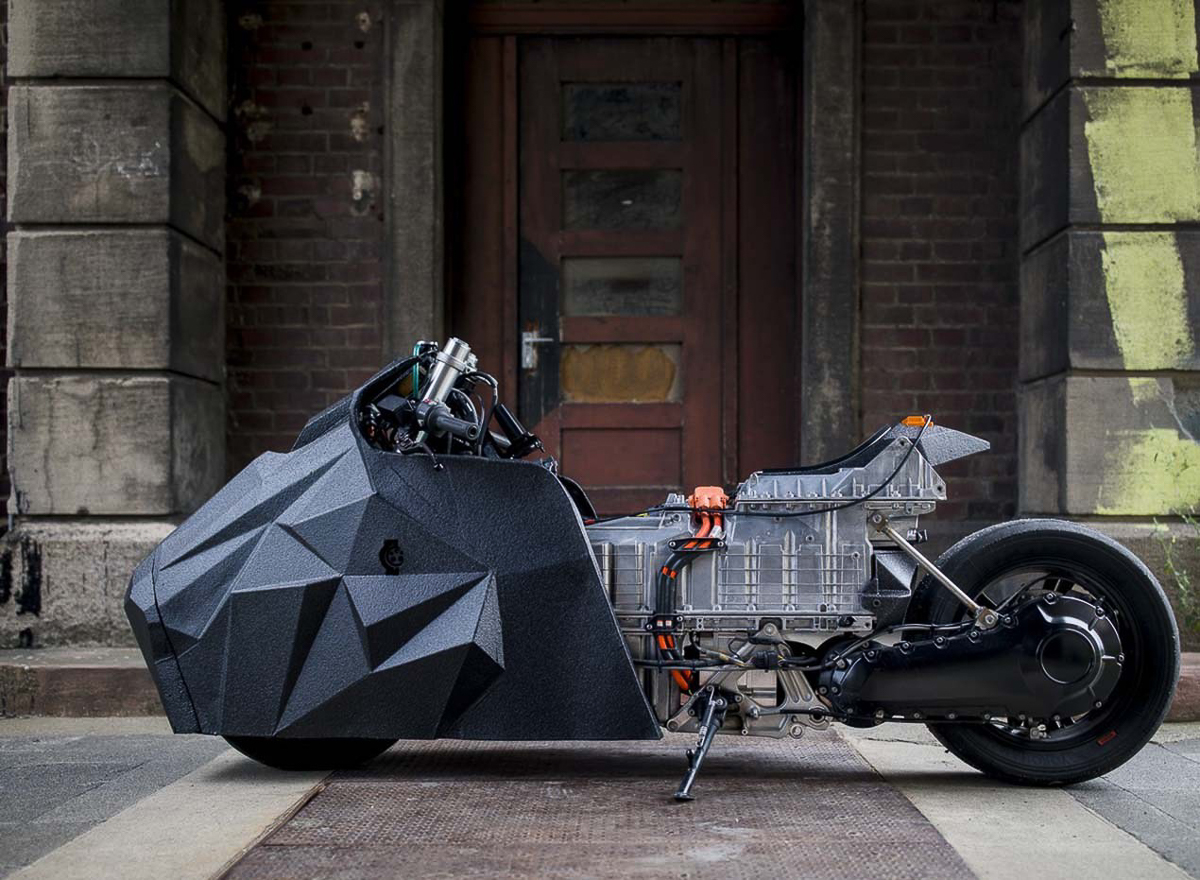 Dubbed the “E-LisaBad”, this customised BMW C Evolution scooter looks more like a secret military stealth machine created to wreak havoc on unsuspecting targets before they even know what hit them. The bike was introduced just last weekend in Berlin during the Pure & Crafted festival. 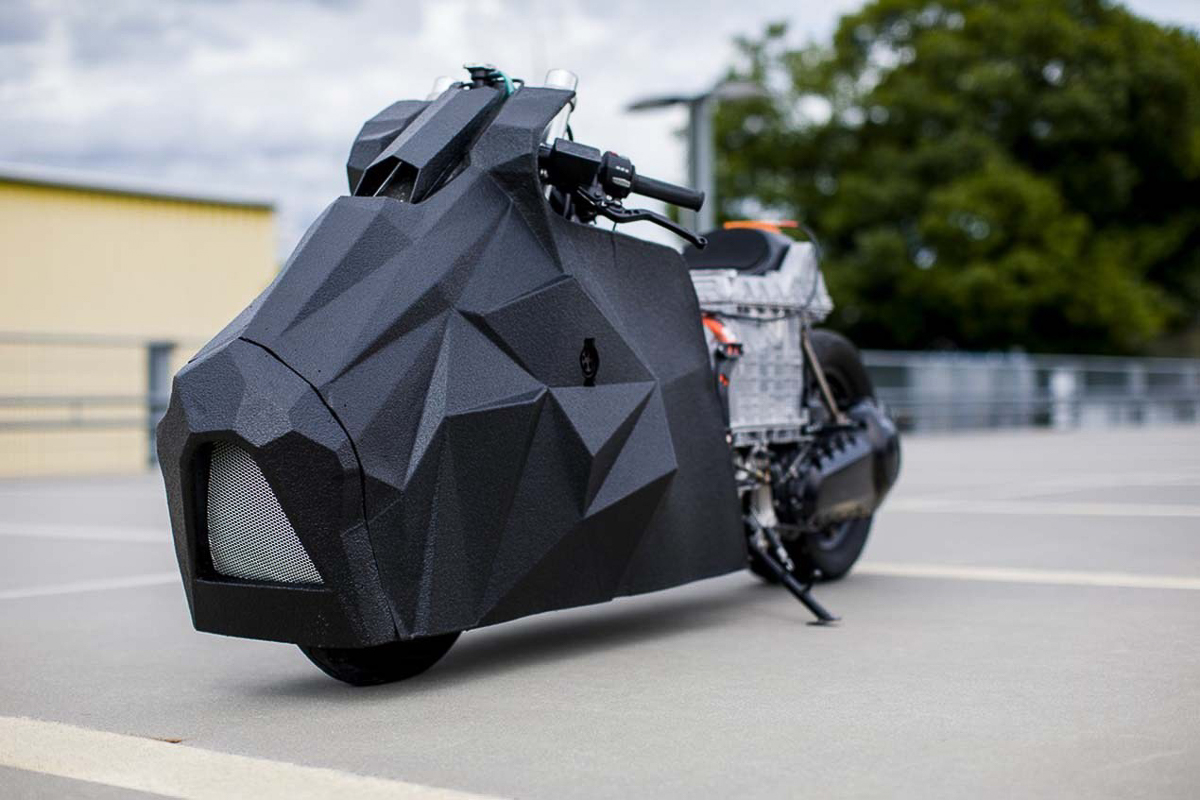 To know what the stock BMW C Evolution electric scooter looks like, check out the video below.

With unique angular shapes plus that crazy matte black fairing and rough stone finish, the “E-LisaBad” catches the attention of unwary bike enthusiast. That effect is amplified ten times over when they move their sights to the rear end where all the raw inner parts of the BMW C Evolution electric scooter can be seen in all its glory. 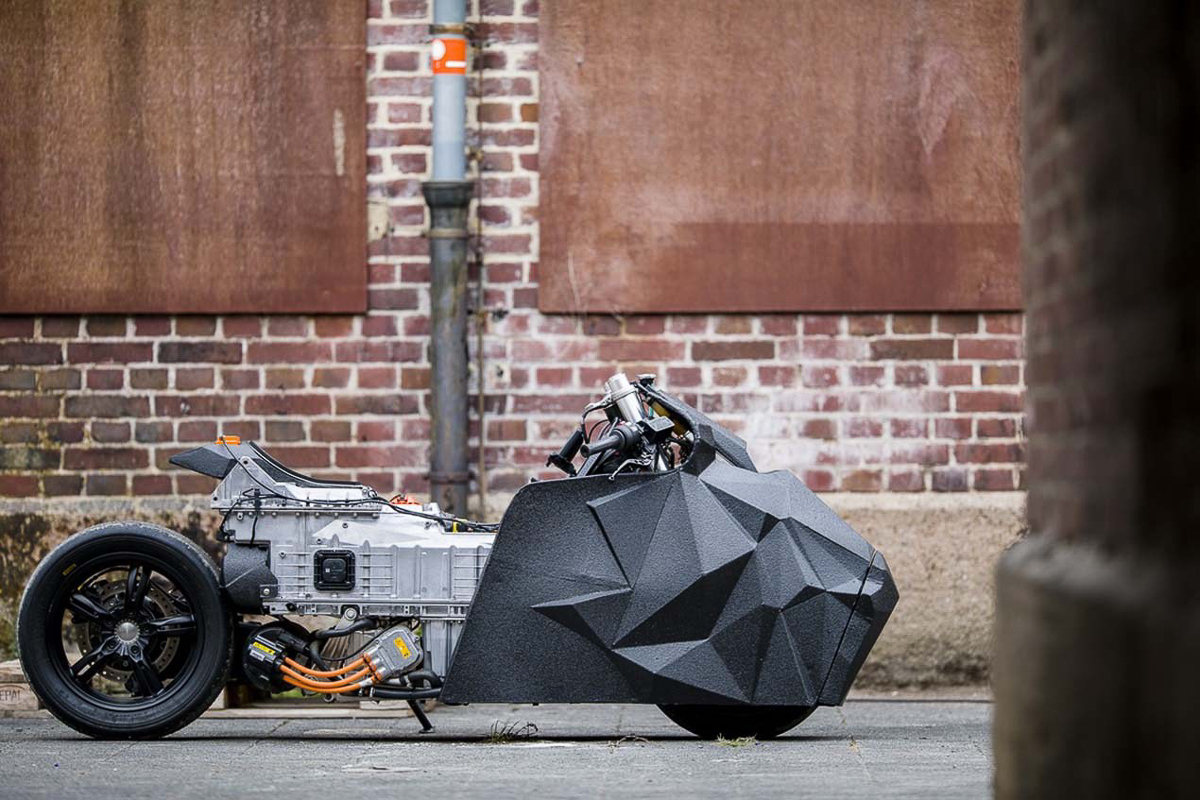 The main madman responsible for such a jaw-dropping piece of rolling art is none other than German builder Rolf Reick of Krautmotors. Reick was asked directly by BMW Motorrad to lead this build and he delivered a master class of a machine.

With an idea to turn it into a machine made for speed, Reick lowered the entire bike by removing the rear shocks altogether and fitted some racing slick rubber to the already beautiful single-sided swing arm. 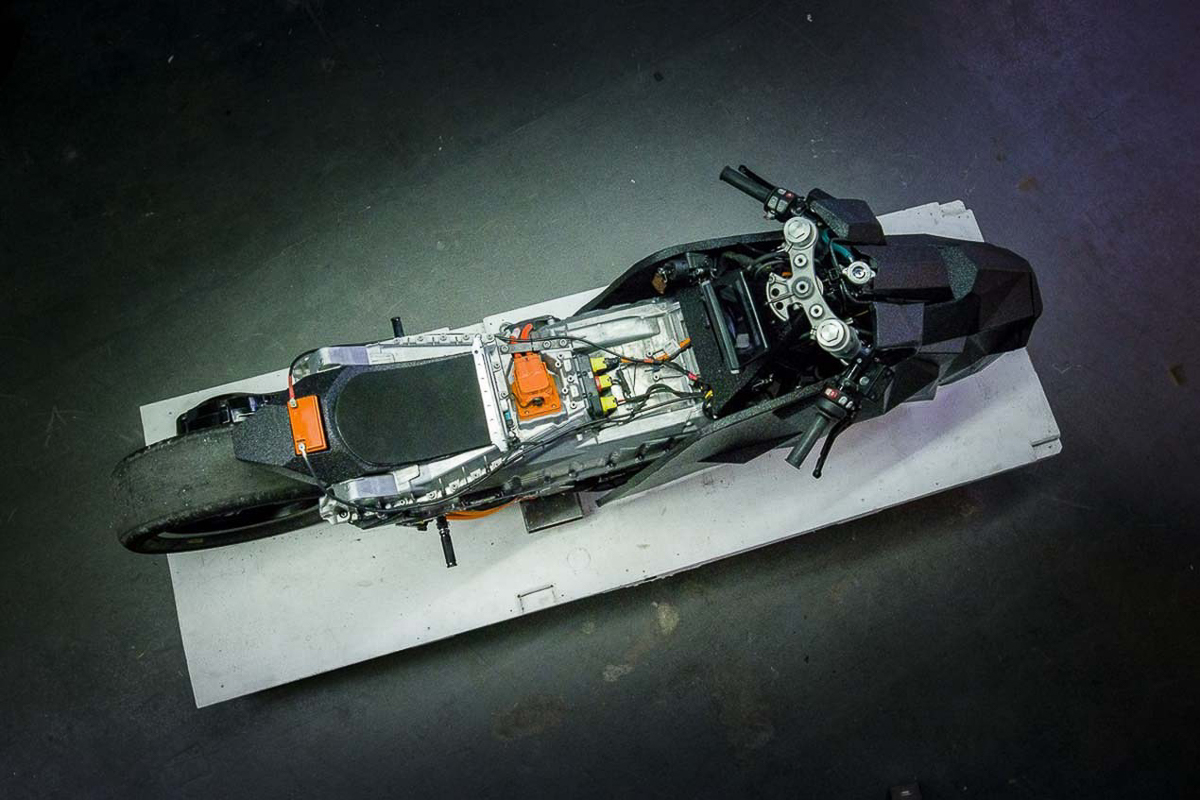 Due to the complexity of this futuristic electric scooter, the main power plant has remained untouched but with around 72Nm of torque, the C Evolution has better drive than the already stunning BMW C650 Sport scooter which sits at 63Nm of torque.

To know more about the BMW C650 Sport, CLICK HERE.

We can go on for hours on how this bike defies to normal conventions of bike design plus the artistic balance between form and function but like the saying goes, “a picture paints a thousand words”.  These amazing shots themselves have their own chronicles to enlighten us normal folks with tales from the future. 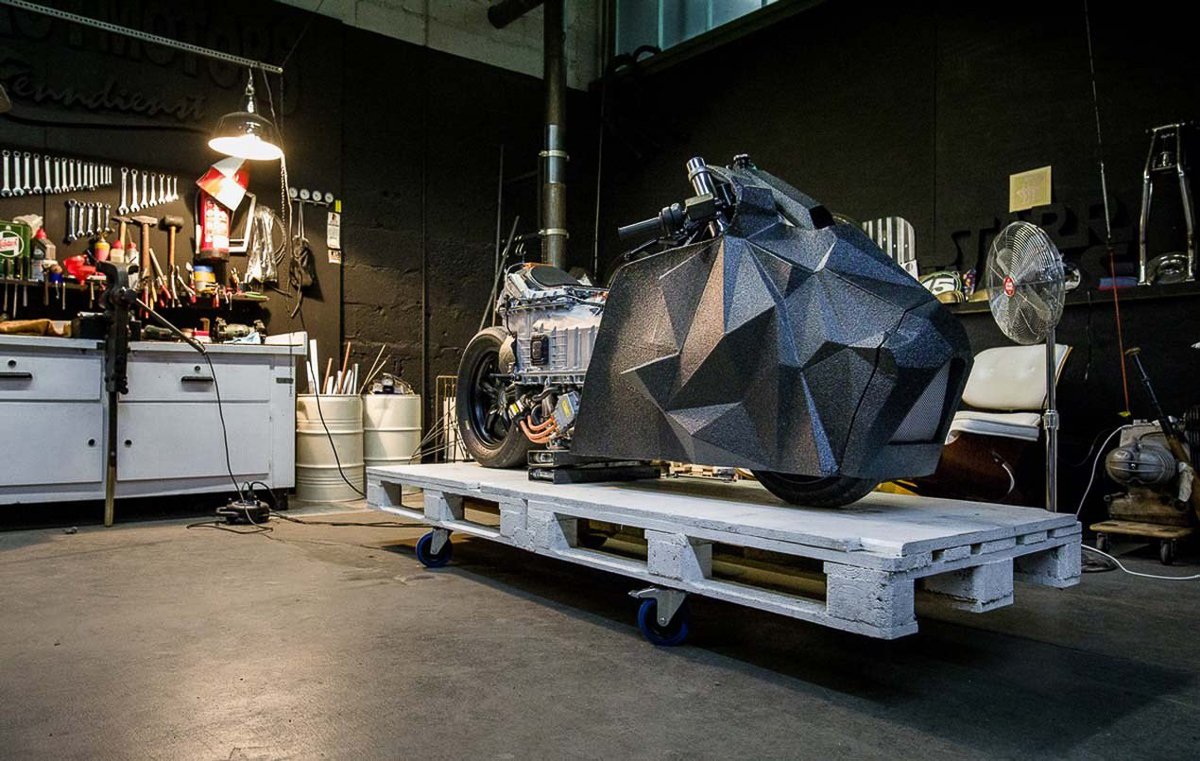