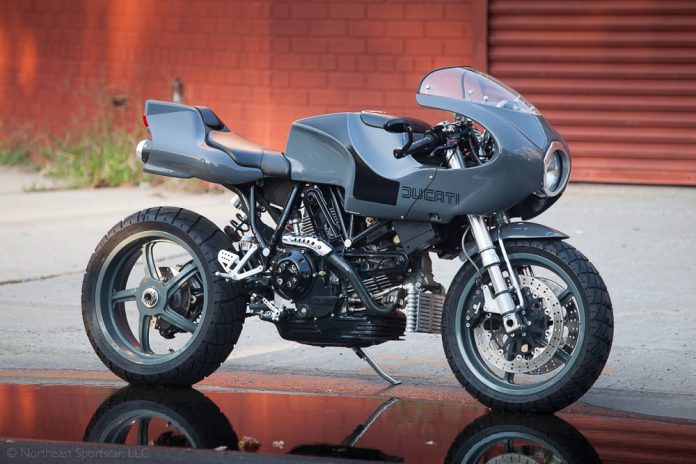 It’s not everyday we get see something so beautiful that it can knock us off our feet. In our present modern era, we are showered with technological marvels and innovations but the façade has always been, for a lack of a better word – dull. When we came across this customised 2001 Ducati MH900E, we knew we have stumbled upon a rarity in the motorcycle scene, an angel of two wheels. This is how some motorcycle enthusiasts would describe as a bike built with burning passion and desire. Smokin’. 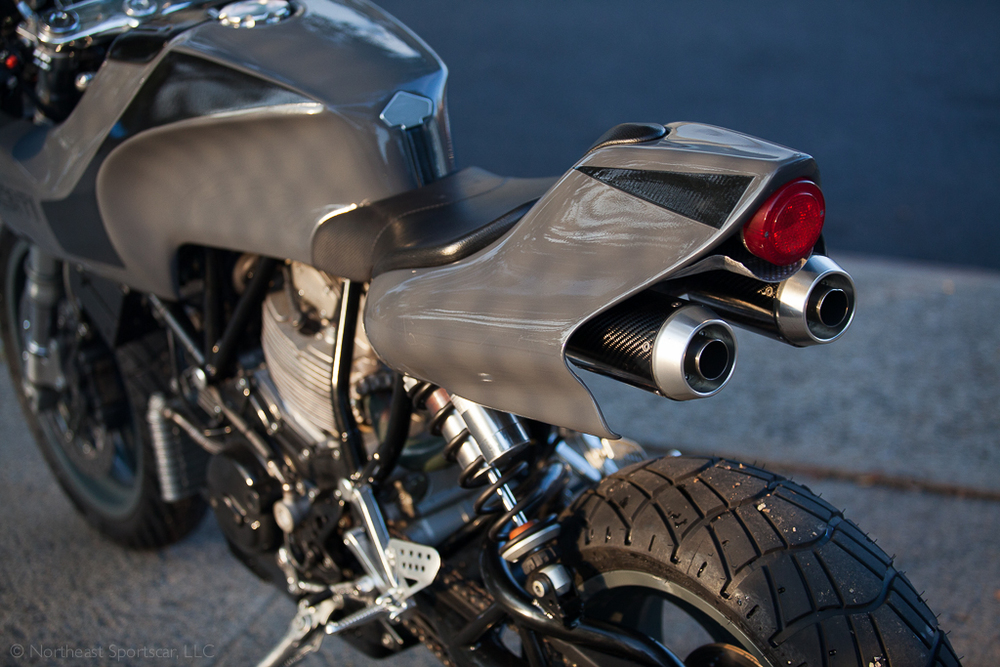 The idea came to existence thanks to Ducati’s designer, Pierre Terblanche who felt that there was a need to pay tribute to one of the greatest legendary riders of all time, Mike Hailwood. Paying homage to Hailwood’s triumph in the 1978 Isle of Man TT race, the idea was presented to the public in 1998 during the Intermot Show in Munich and people were instantly hooked. Ducati then decided to produce a limited-run of only 2,000 units for the MH900E. 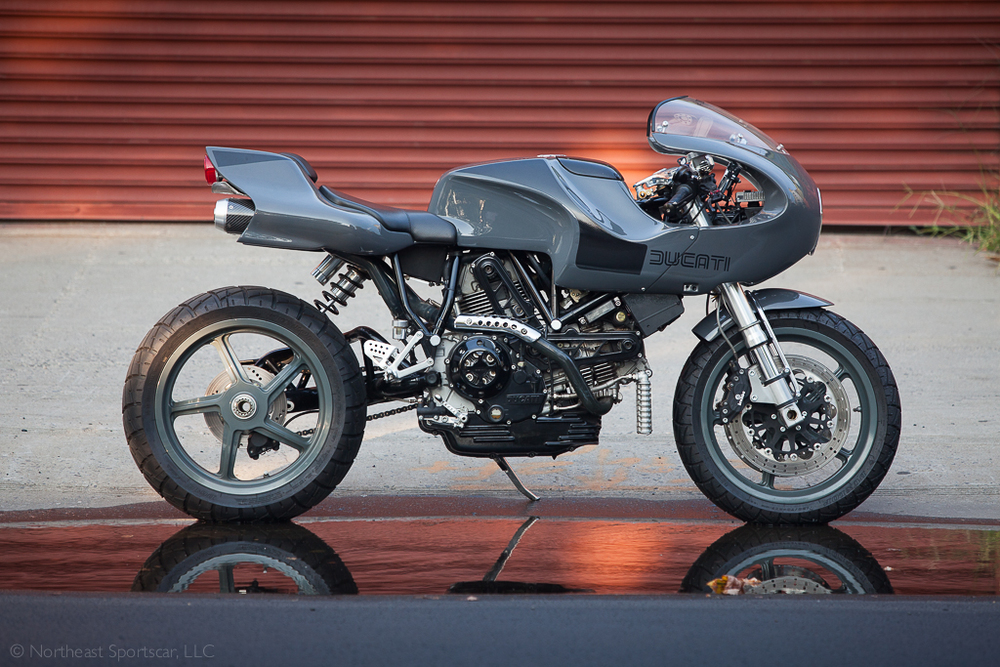 The tail is probably the most exciting part of the entire bike reminiscing the early Ducati races bike from the 70s and 80s. The original plan was to let Bimota handle the production works in 2000 but with the brand’s downfall, it was kept in-house somewhere in the Ducati factory in Bologna, Italy. With a few issues dealt by Ducati, production started in 2001 with a rate of only four to five bikes a day until it stopped in 2002. 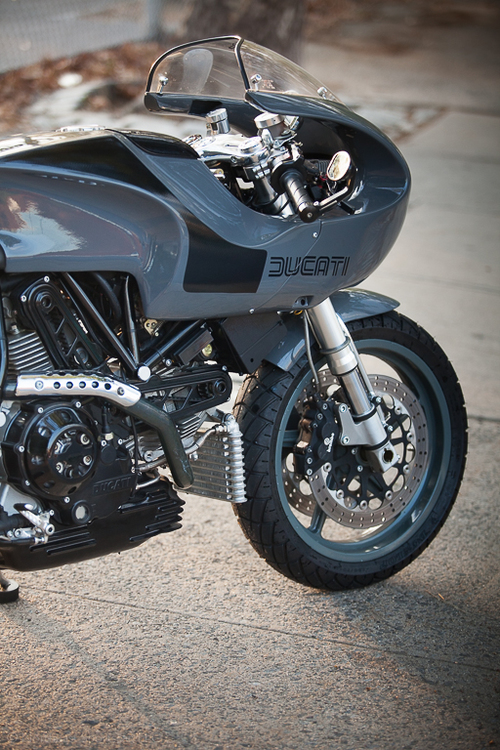 The main power plant that drives the MH900E is a 904cc 90-degree V-Twin, SOHC Desmodromic air-cooled engine with a maximum power of 74hp nd 76Nm of torque. It is primed with a front 43mm USD telescopic fork with a rear Sachs fully-adjustable mono-shock and aluminium swing arm. Stopping power comes in the form of dual front 320mm semi-floating discs with a single rear 220mm disc 2-piston floating caliper. 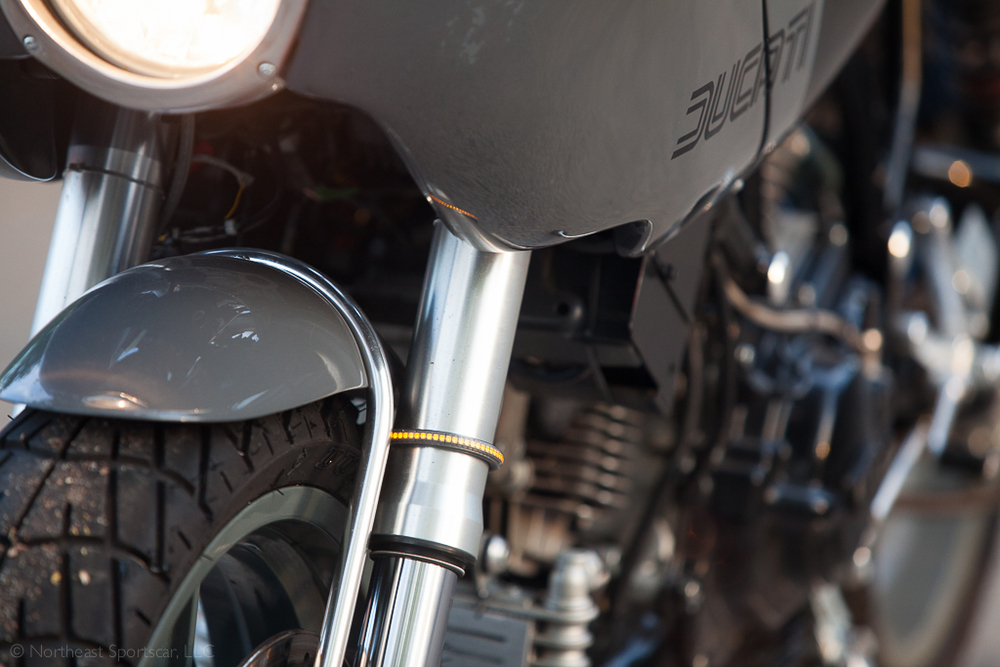 With a 6-speed transmission and dry clutch setup, the bike will stir any soul when the clutch lever is pulled in. The Evoluzione can reach a top speed of around 221km/h with its 904cc Desmodromic engine that provides a healthy acceleration and mid-range torque. Not only does the bike looks good, it rides excellent as well. 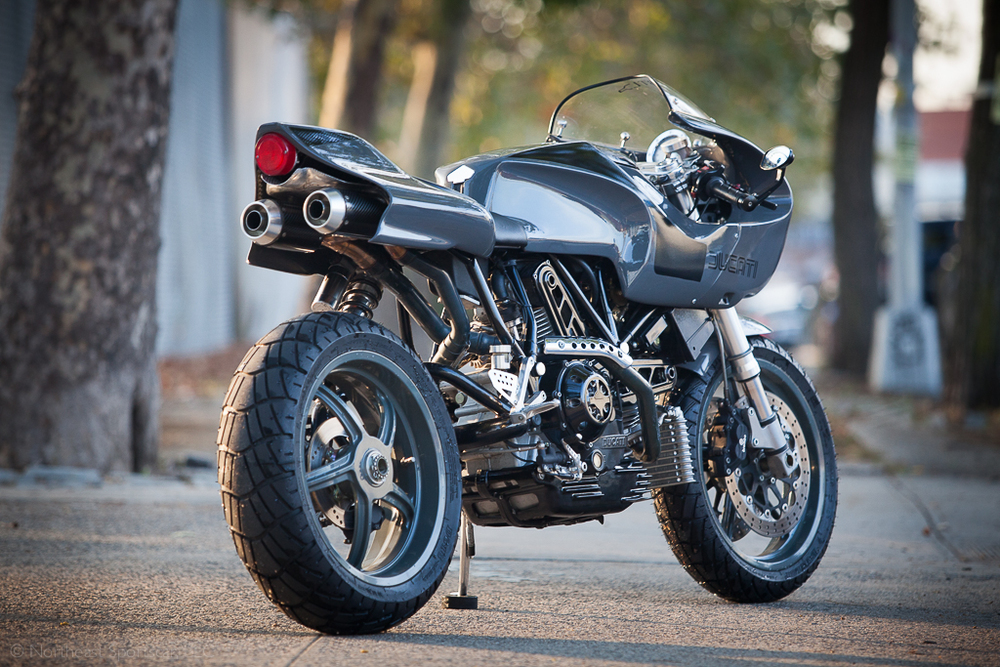 This limited edition MH900E have been customised even more with a black powder-coated frame with similar colours done to the wheels as well. LED lights, Motogadjet side mirrors and a Staintune carbon exhaust were added to give it a much more personal character to the MH900E. Attracted to the speedometer? That actually came as a standard original part for the Evoluzione. 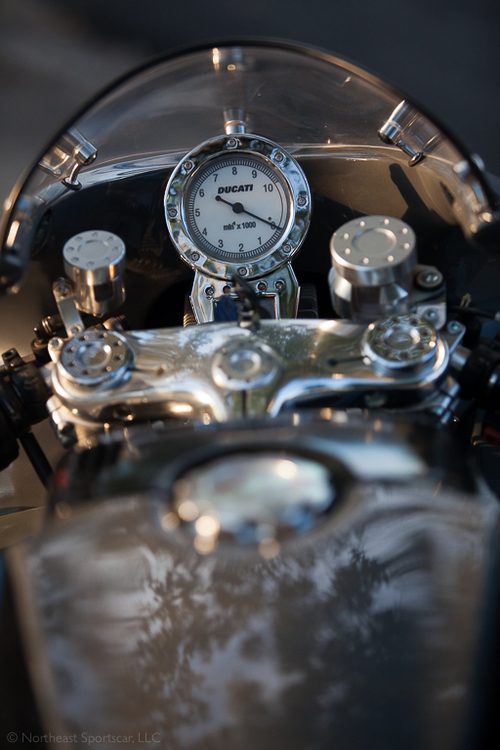 If you have deep, DEEP pockets, the bike is up for sale (in the US). To find out more, CLICK HERE to get in touch with Northeast Sportscar located in Brooklyn, New York.