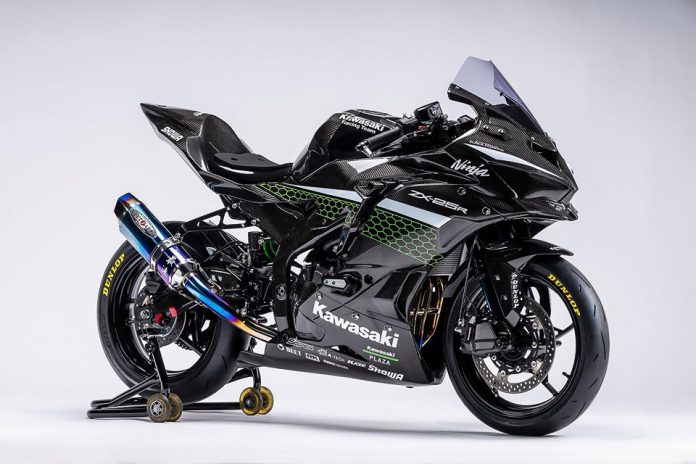 One of the best ways to promote a certain bike is to organize a one-make race and that’s exactly what Kawasaki Motors Japan plans to do next year for their 2020 Kawasaki Ninja ZX-25R. If you had doubts about the new 250cc inline-four sports bike before, perhaps this carbon fibre race version will seal the deal for the title of “Coolest 250cc sports bike of all time”. 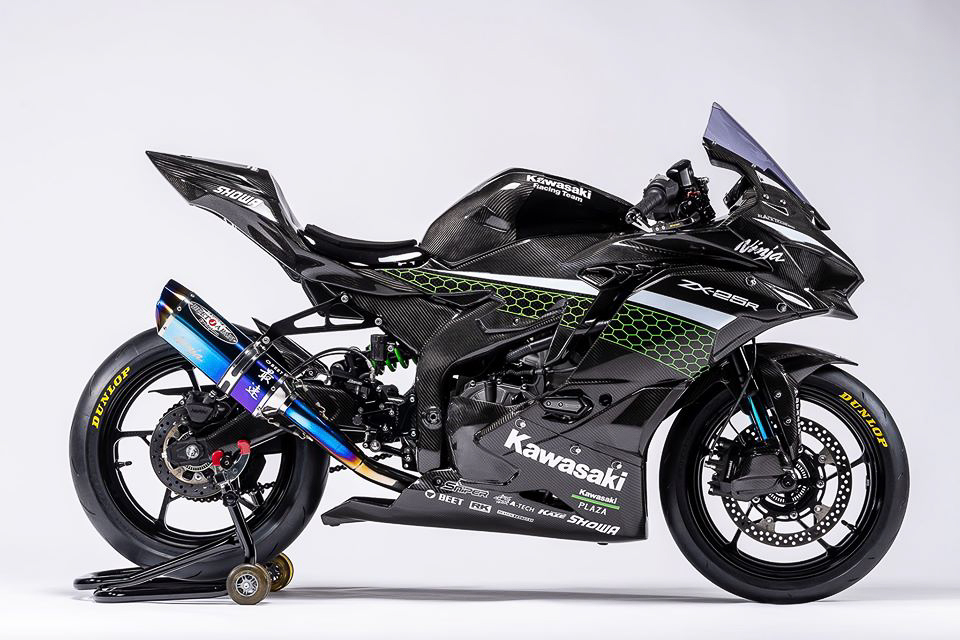 The most obvious difference between the road-spec 2020 Kawasaki Ninja ZX-25R and this race-spec version is the carbon fibre fairings. Supplied by A-Tech, the Black Diamond carbon fibre parts include full cowling, tail cowl, and tank pad. My god, it looks magnificent! 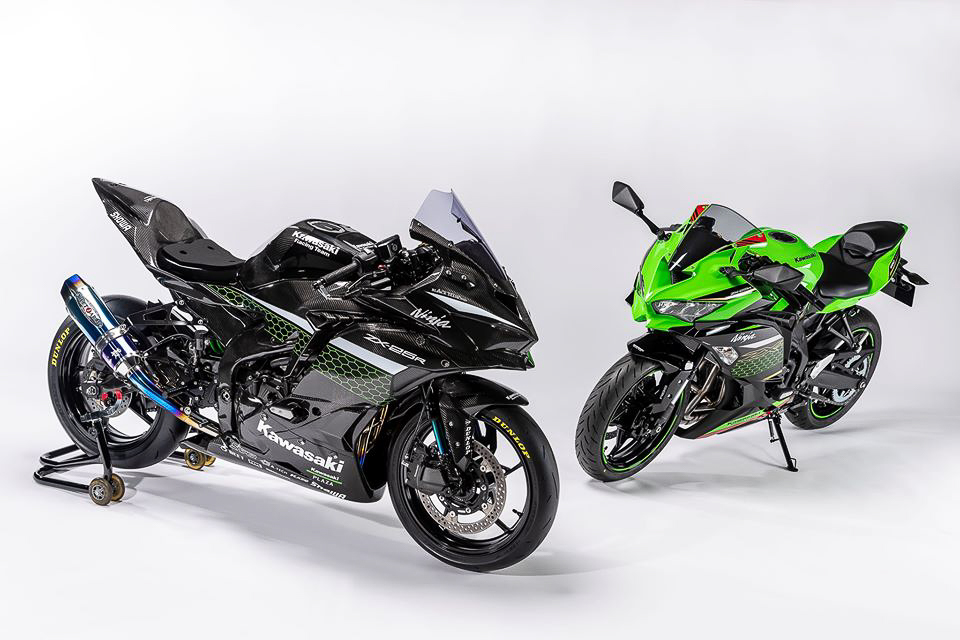 We’re guessing that the internals of its 250cc inline-four engine will remain untouched for the one-make race apart from that sexy Beet Nassert-R Evolution Type II prototype race exhaust. A couple of Dunlop Sportmax rubbers will be used as well, and we might get to see an exhibition run as early as September this year. 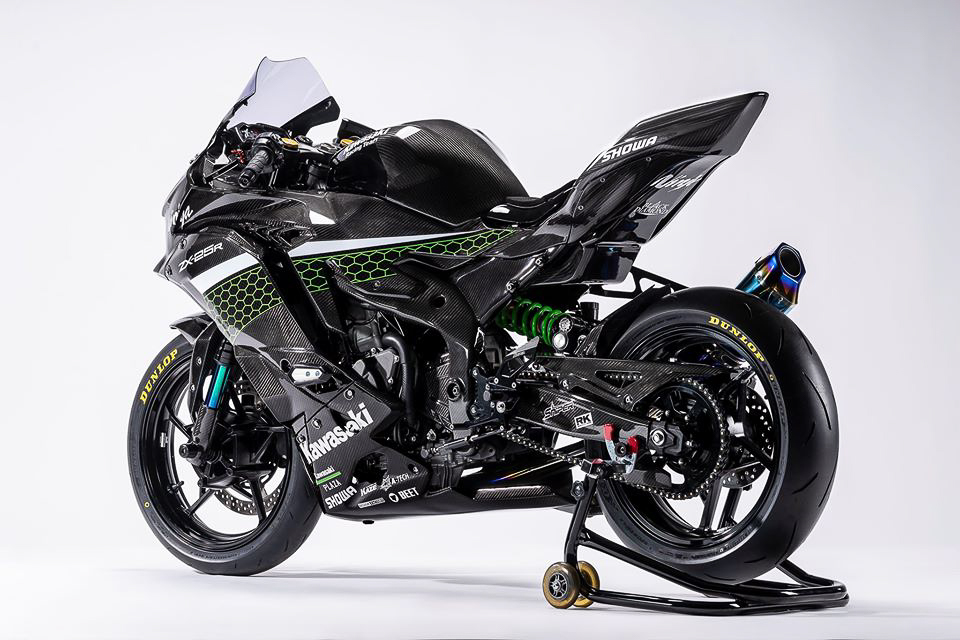 Other custom race parts include:

For obvious reasons, this particular Kawasaki Ninja ZX-25R carbon fibre race version will not be offered for sale (well, not yet considering you can probably get a decent middleweight or used litre bike if they quantify all the cost to build the bike) and it’s still not the final version of the bike that they’ll use in the one-make race next year. What more will get added or changed?