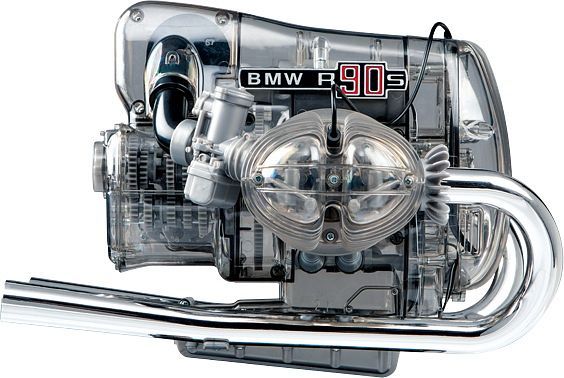 The current Movement Control Order (otherwise known as lockdown) has certainly made us itch over doing something about bikes. One of the things I did is building motorcycle model kits from Tamiya. But this BMW R 90 S Boxermotor kit from Franzis would perhaps be the ultimate build.

Apart from being the model of the “airhead” Boxer powerplant of the legendary 1973 R 90 S, it’s in 1:2 scale. That means it’s half the size of the real thing! In other words: It’s huge!

It contains some 200 parts that will constitute a working engine (minus the combustion, of course). As such, it includes the pistons, connecting rods, crankshaft, pushrods, rocker arms, camshafts, gears and drives for the transmission, gaskets, carburetors, dummy sparkplugs, wiring, clutch, flywheel, stator, and various stuff that make up an engine. All these parts are then assembled and encased in see-through engine err… casings.

Did we say that it’s a working engine? That’s right, because there is a small electric motor that turns the internal parts. The internals can turn at different speeds depending on which gear you selected via a gearchange lever. Plus, the spark plugs emit light. 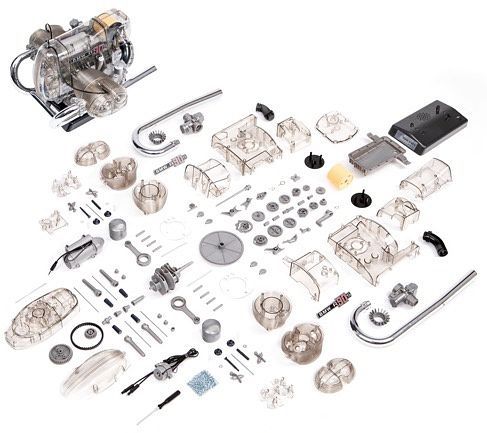 How cool is that?!

It isn’t cheap of course. It lists for some ¥ 34,000 (excluding freight) which equals RM 1,373.81 today. However, nothing beats the satisfaction putting pieces together into one beautiful unit.

Unfortunately, it isn’t sold here in Malaysia, so you would have to order it from overseas. 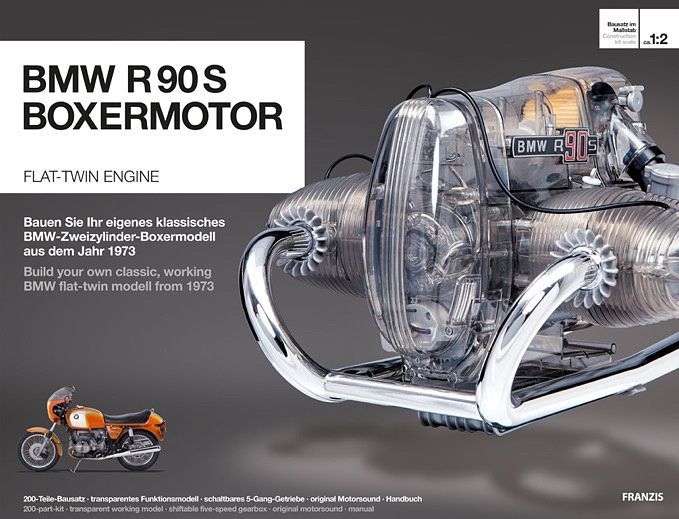 All pictures credit to Franzis