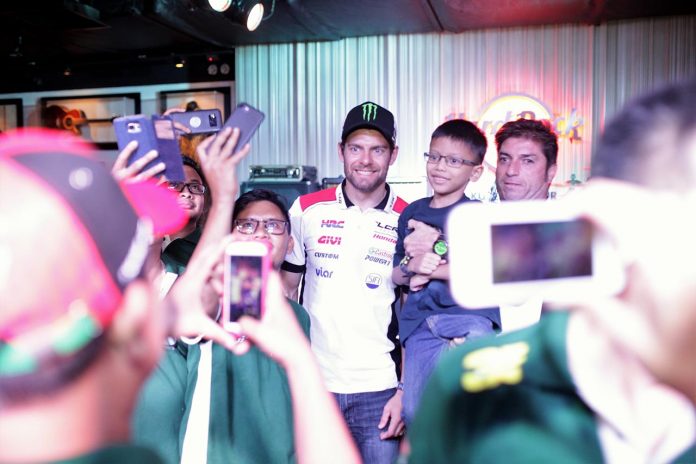 It is the MotoGP weekend and this is the time when riders from all teams hit the ground to meet their fans, friends, sponsors and everyone who means something to them.

Cal Crutchlow of LCR Honda was one of those riders who hit town for a meet and greet session this evening at Hard Rock Cafe, KL. Organised by Castrol, Crutchlow met dealers, members of the media, fans and about 200 lucky people who managed to get up close and personal with the race winner. 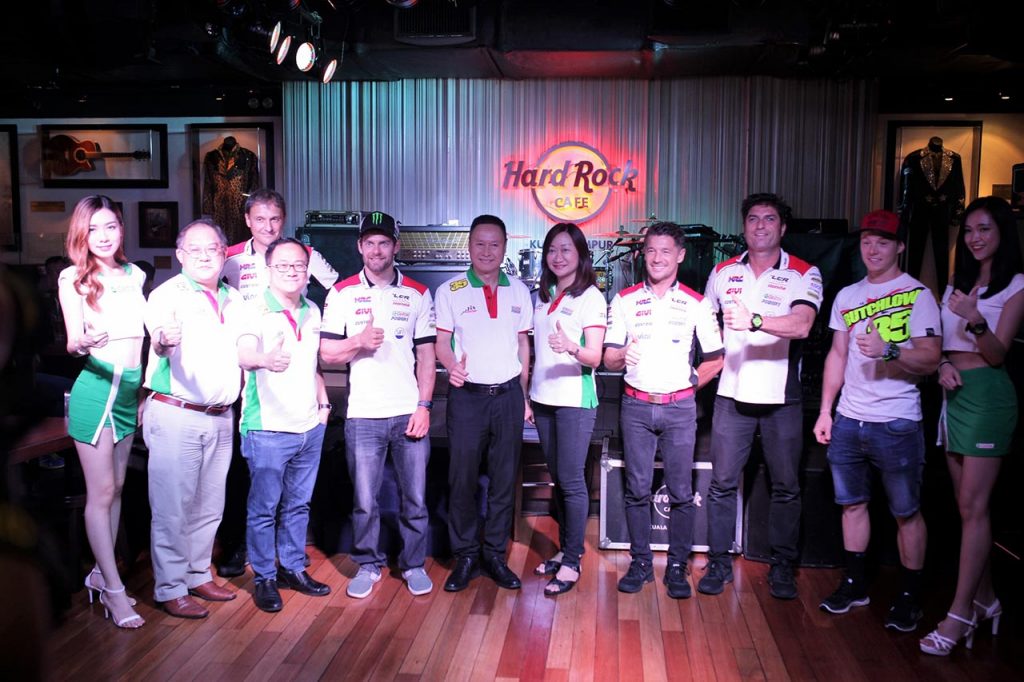 The 32-year old from England has had a storied career in motorcycle racing – beginning his professional career as a superbike rider and was crowned the British Supersport Champion in 2006. He then went on to clinch the Supersport World Championship title in his rookie season in 2009. After making his debut in MotoGP, he joined LCR Honda in 2015 after stints at Yamaha and Ducati.

Last year, Crutchlow became the first ever Briton to win the Australian Grand Prix and was also on the podium at Brno. He finished the 2016 season in seventh place, and this year he is currently in ninth place with two more races left in the season.

“Castrol’s relationship with LCR Honda started in 2015, the same year Crutchlow joined the team. This is the first time we have arranged a meet and greet session for MotoGP fans here in Malaysia. Some of the guests here are winners from the FB competition we organised earlier. The Castrol brand is about passion, excitement and performance; and LCR Honda together with Cal Crutchlow as its rider, perfectly encapsulates Castrol’s brand values. Our long term technical partnership with motorcycle manufacturers and the use of the highest level of motorcycle racing as a testing ground is a very important part of our never-ending development of high quality products, both for competition racers and enthusiast bikers around the world. With Castrol POWER1 as the chosen lubricant, the LCR Honda will be able to call upon the highest performance from their bike for the upcoming race,” said Keow Mei-Shan, Marketing Director Malaysia and Singapore (photo, below). 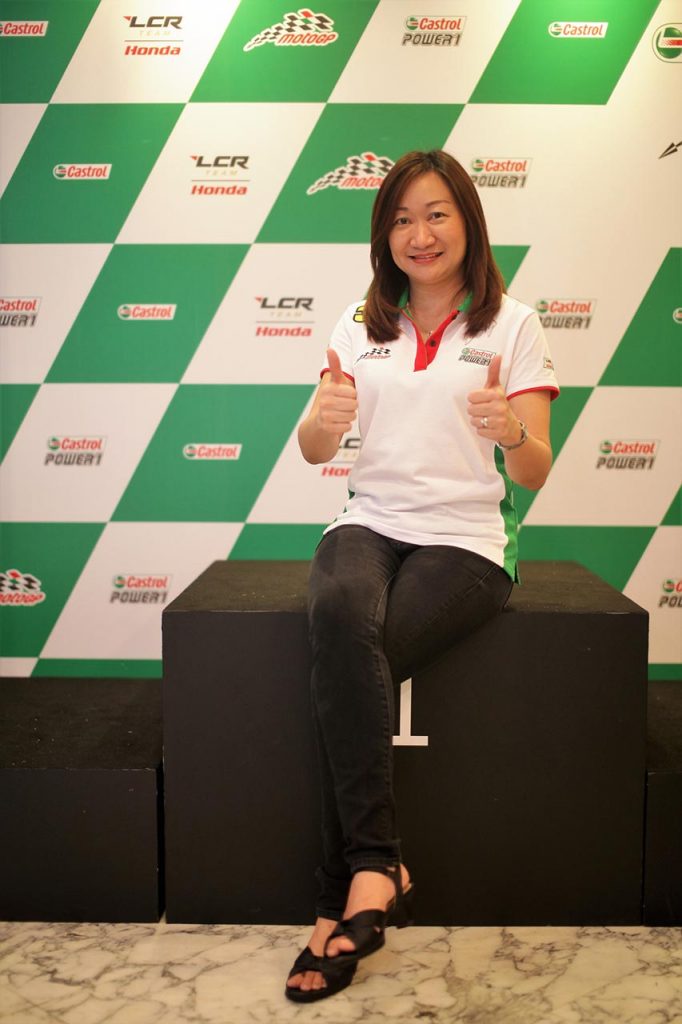 “We consider the Malaysian MotoGP race in Sepang to be our home race, and as such, the livery on the LCR Honda bike will position Castrol POWER1 as the team title sponsor for this race. This, obviously gives us an added significance in wanting to see Crutchlow and the team doing well in Sepang,” Mei-Shan concluded.

The LCR Honda Team uses Castrol POWER1 Racing 4T with ‘Race Derived Technology’ and is specifically designed for bikers who love the exhilaration of riding. Using ‘Race Derived Technology’ it flows fast and stays strong, reducing internal engine friction even under the most arduous riding conditions. It has been tested and proven to deliver exceptional acceleration and power at a touch of the throttle. The inclusion of Trizone Technology™ ensures uncompromised performance protection for the engine, clutch and gearbox.