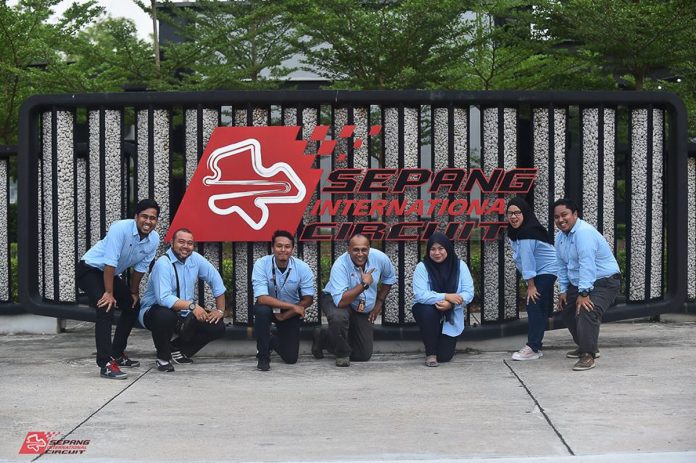 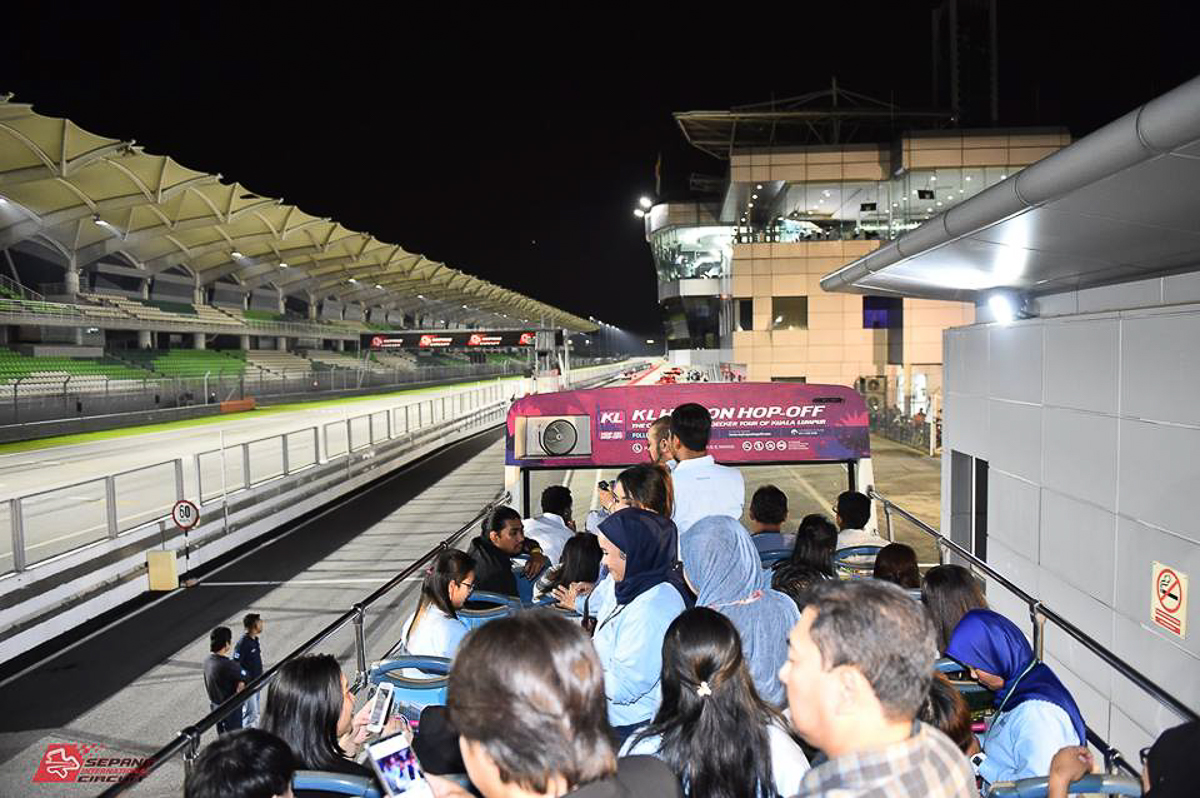 Racing and motorsports altogether have been the lifelines of many petrol heads and speed demons in the industry. The Sepang International Circuit has been a jewel of racing in many different series and now, they’ve elevated themselves into a whole new era; night racing! 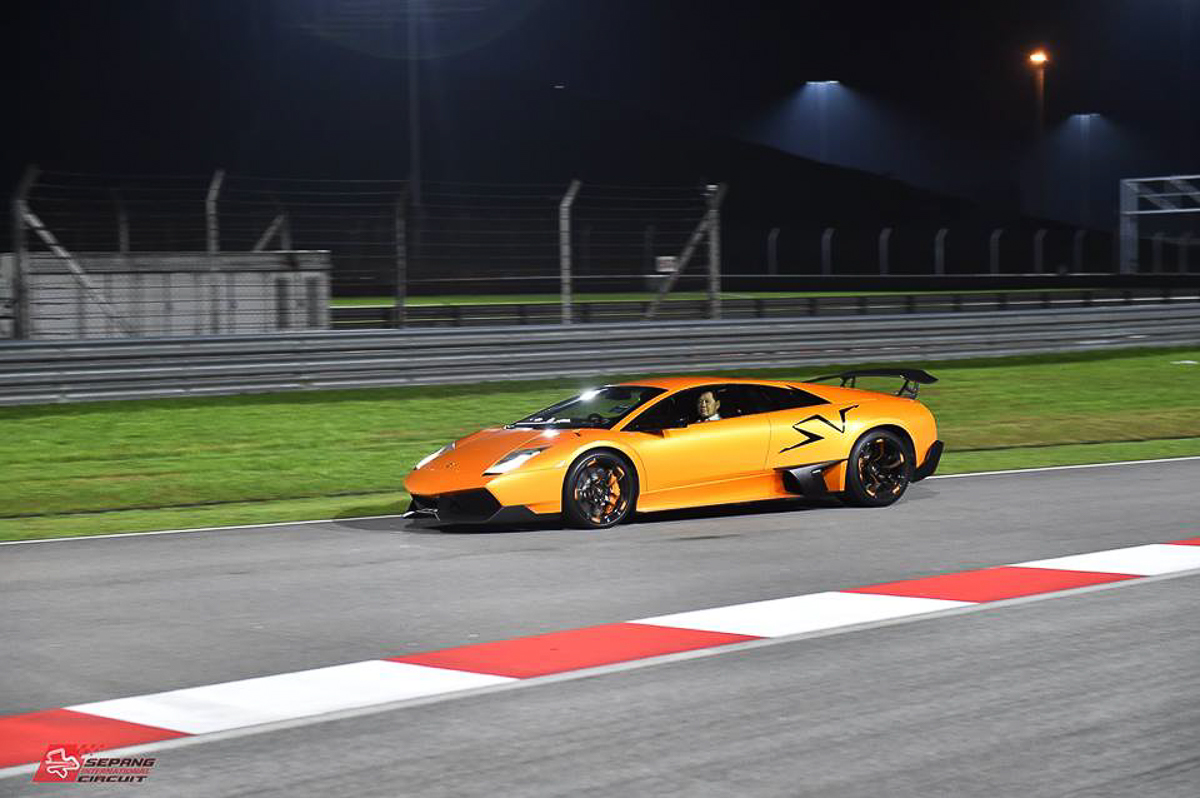 The good folks from SIC took the initiative to install floodlights around the world-renowned track which will see a whole new age of racing to compete and surpass the likes of Losail International Circuit in Qatar and many more. 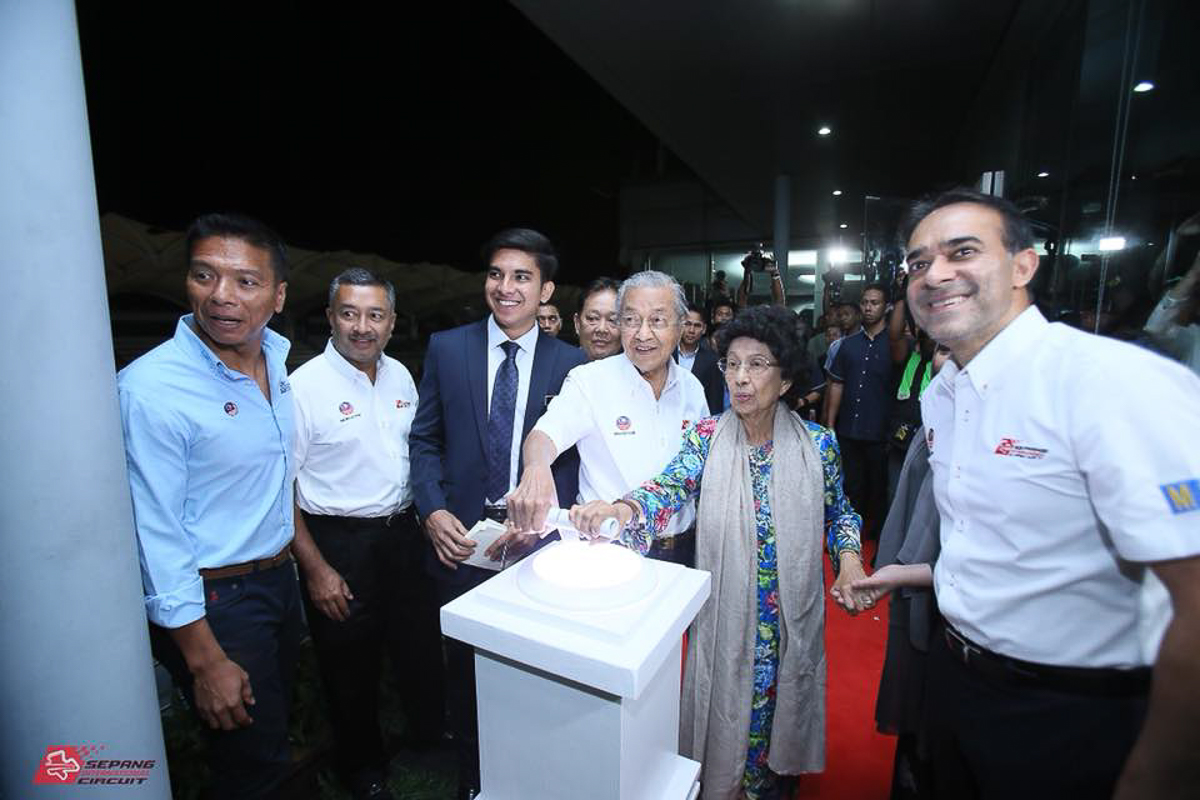 64 light poles have been strategically positioned around the circuit with the illumination power of 150 lux that will greatly assist in night racing and track sessions. The positioning of these said poles have been approved by both FIM and FIA but we won’t see Formula 1 or MotoGP running around at night since higher lux counts are needed for broadcasting purposes. Safety wise? Everything is all good! 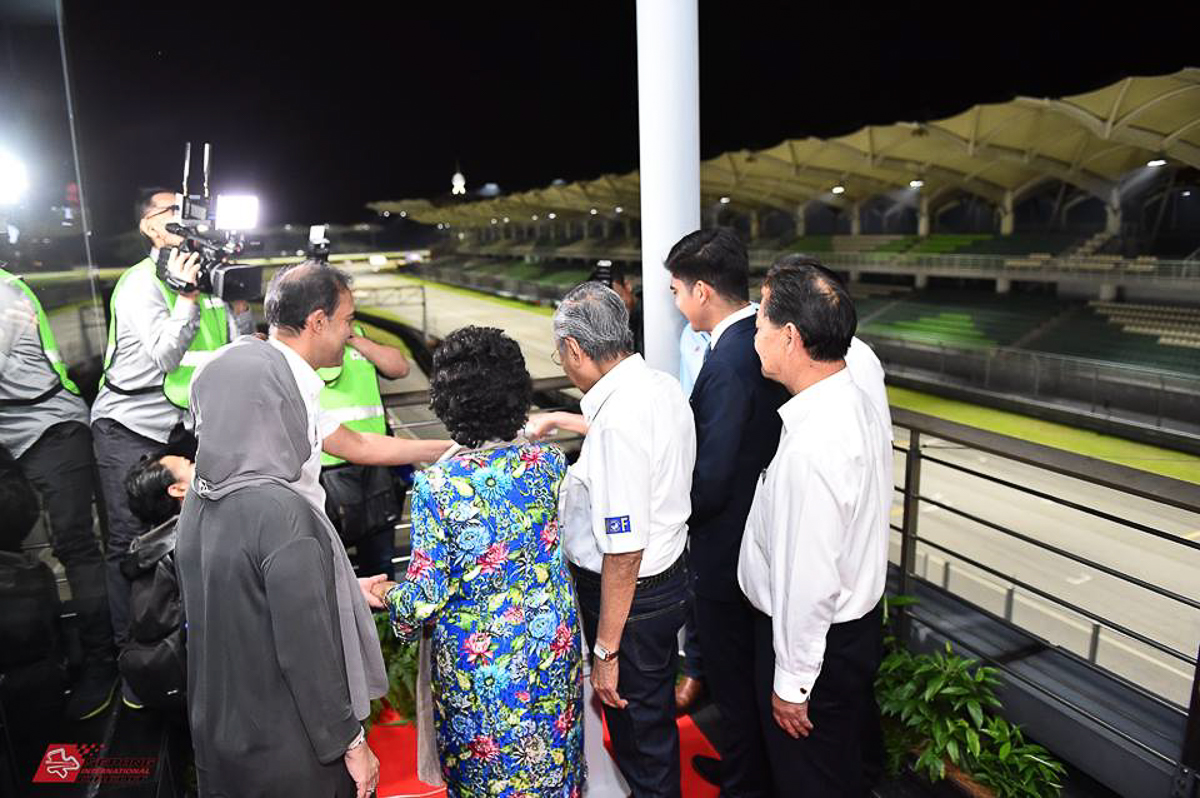 To officiate this momentous occasion, Malaysian Prime Minister YAB Tun Dr Mahathir bin Mohamad was one of the first individuals to go around the 5.543km circuit under the floodlights yesterday evening. What better way to do so in style than to parade in a sexy bright red Ferrari! 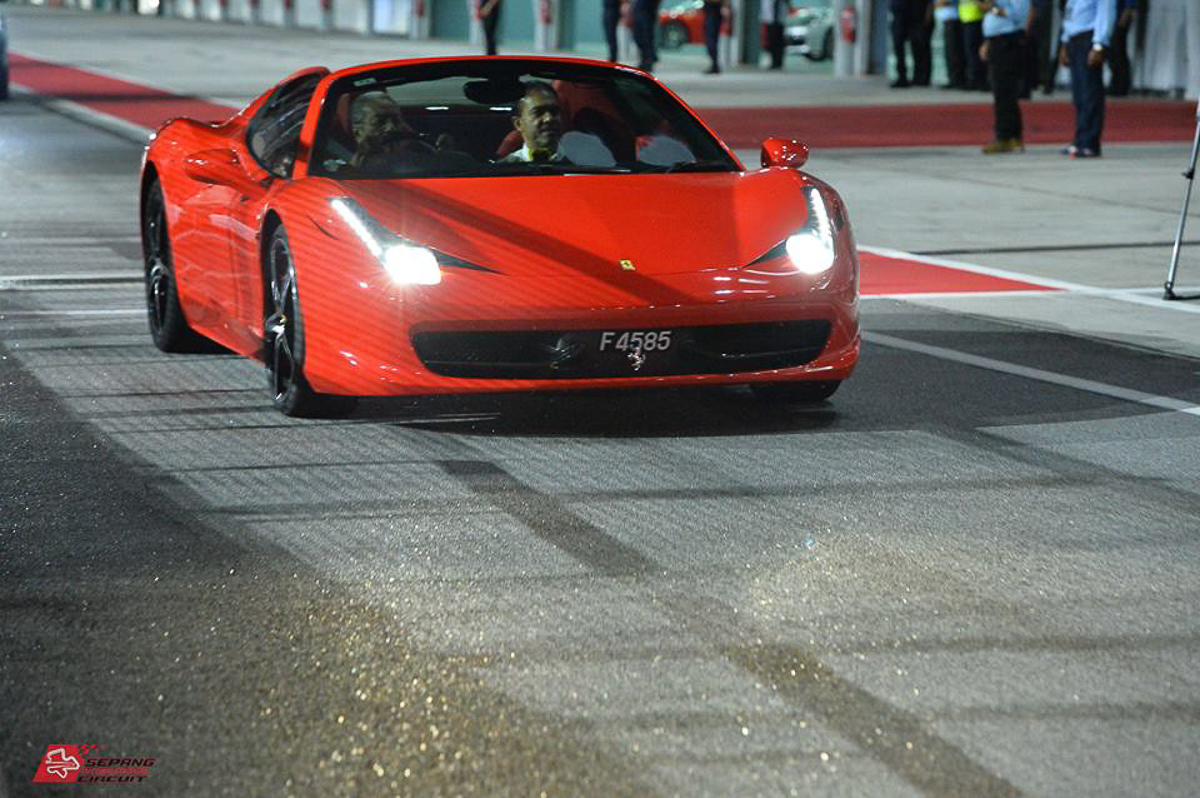 According to SIC Chairman, Tan Sri Azman Yahya, “It’s an honour to have Tun officiating the night lights today. Tun Dr Mahathir launched SIC back in 1999 and that was the start of the development of Malaysian motorsports until what it has become today. After 19 years, Tun Dr Mahathir is back to officiate another milestone at the iconic circuit.” 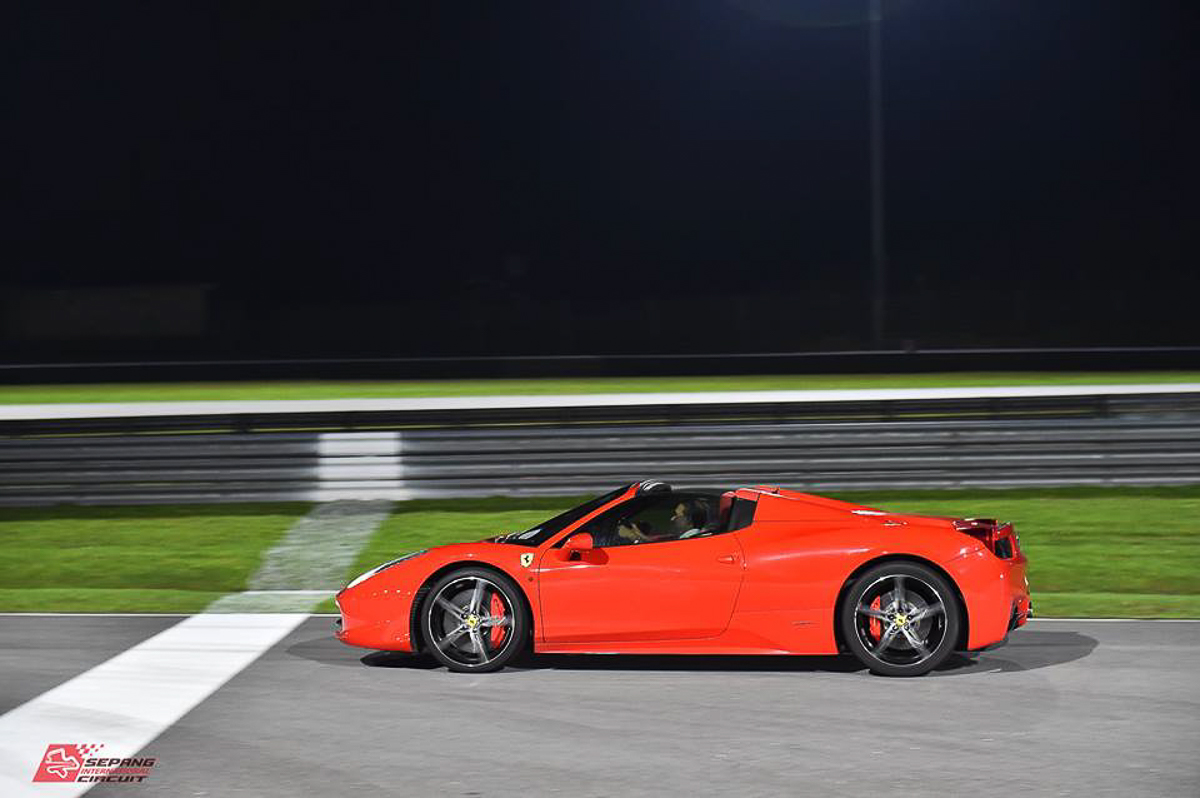 In the past couple of years, SIC has fully booked all of its racing events at an average of 98% and they hope to fuel more passion into the scene by organising many more events when the sun goes down. This also means that the circuit will make more revenues as more track time will be offered at night where we think will be even more popular since Malaysia is so hot and humid on most days. 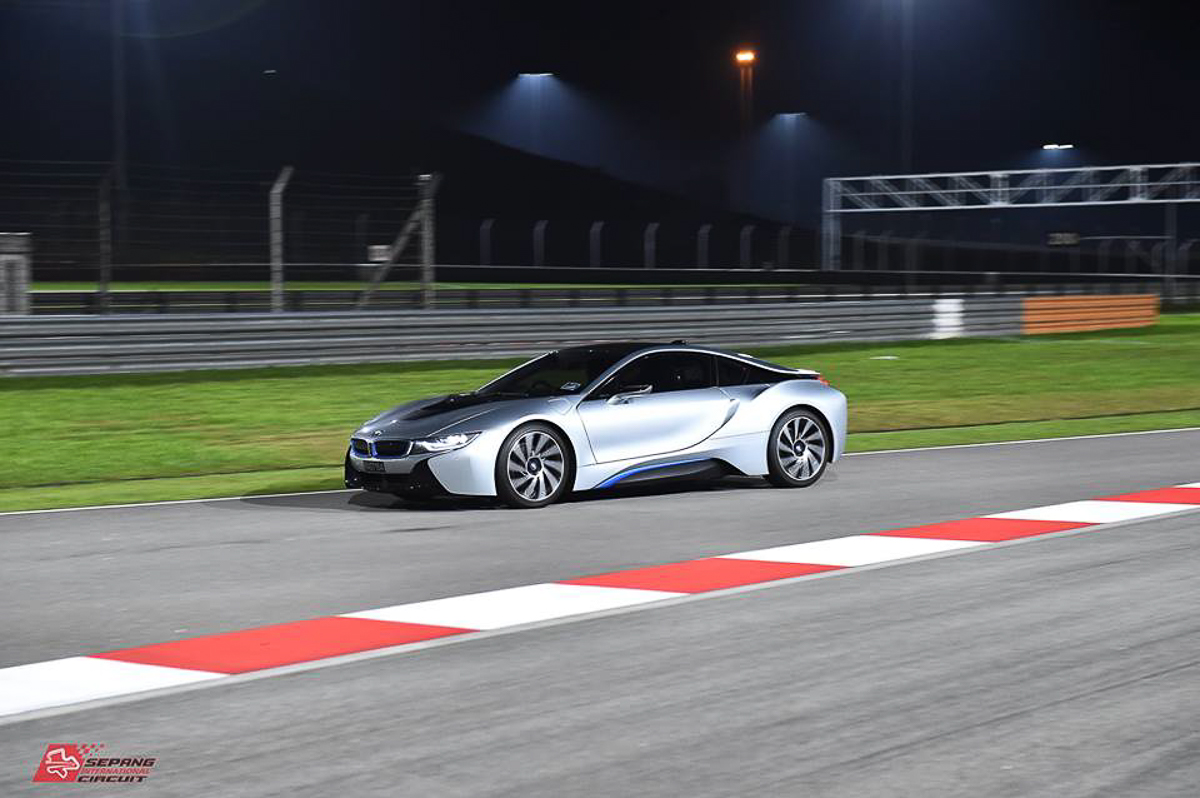 Tan Sri Azman also added by stating “We saw that the only opportunity for us to increase track bookings is through opening the track at night, thus we have decided to make it accessible by installing lights all around the track. We have engaged a specialist that has the expertise with circuit lighting and they were also responsible for installing lights at the Yas Marina Circuit in Abu Dhabi, Losail International Circuit in Qatar, Jukasa Speedway in Canada and Bahrain International Circuit amongst others. They were also responsible for the lighting at the National Stadium in Bukit Jalil for the KL SEA Games last year.” 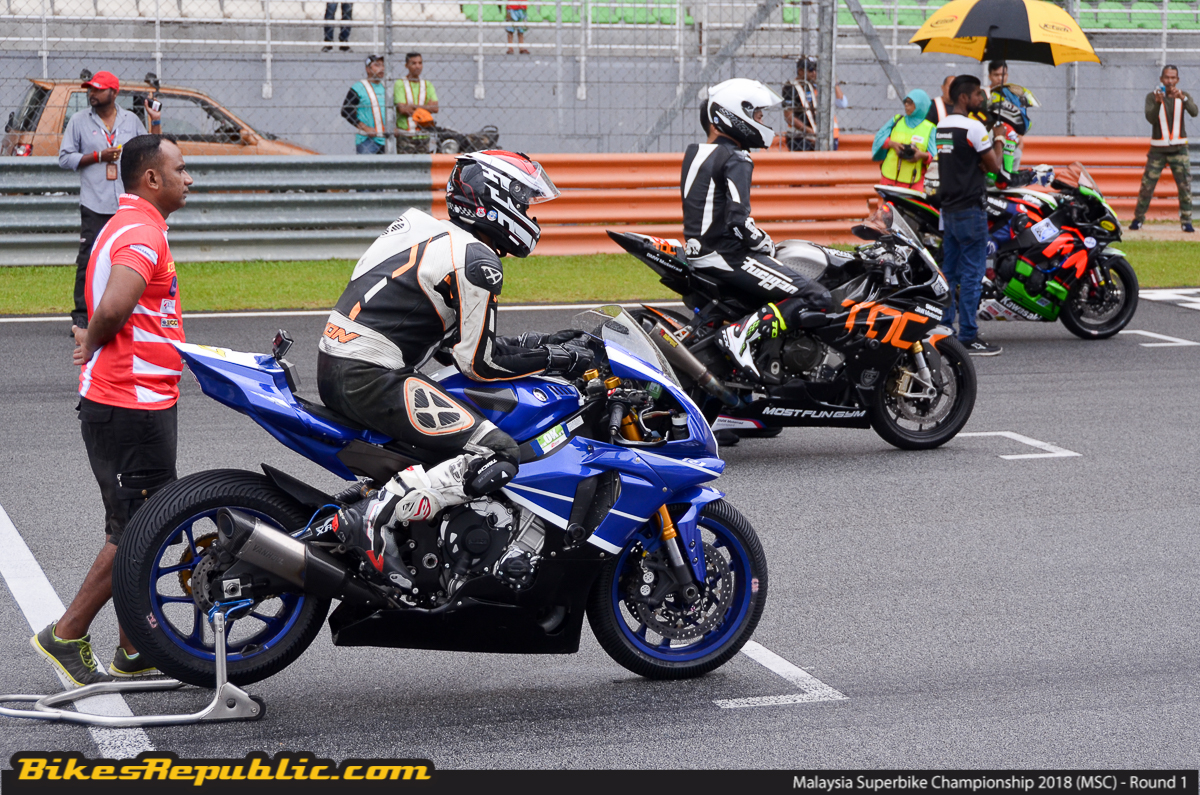 We here at Bikes Republic are all thumbs-up on this new and exciting initiative done by SIC and we can’t wait for the first ‘track night’ event for our fellow two-wheelers! If you thought racing during the day is breathtaking, wait till you see all the fiery exhausts spitting out flames at night!