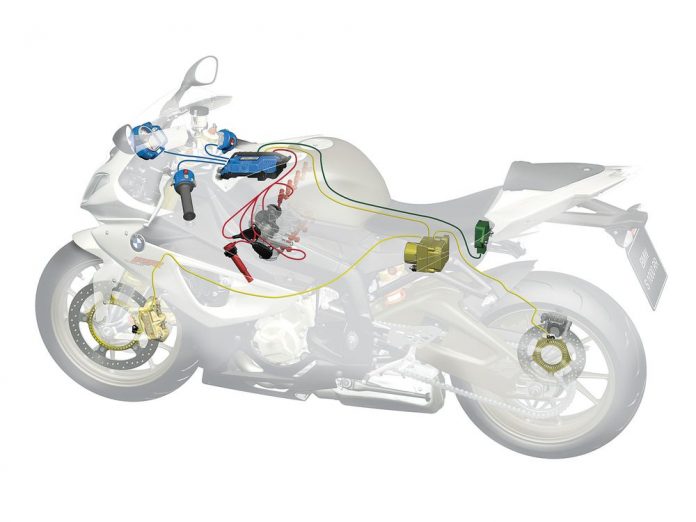 We covered the basics on how a motorcycle brake system works in Part 1 and now let’s expand it to the Antilock Brake System (ABS). The basic premise of ABS is to prevent the wheel or wheels locking up (stop rolling or jem brek, as we call it locally) when the rider grabs a handful of brake lever or when braking hard on slippery surfaces.

ABS is now an integral part of motorcycling, although there are a number of models not equipped with it in Malaysia. The European Union has mandated that all motorcycles above 125cc are equipped with it since 2016.

BMW was the first to introduce an electronic/hydraulic ABS on a motorcycle, on the 1988 K100. It added 11 kg to the bike. Honda and Yamaha followed suit in 1992, offering the system as an option on the ST1100 and FJ1200, respectively. In comparison, the current system offered by Bosch weighs a scant 0.7 kg for the base version and 1.6 kg for the enhanced variety. 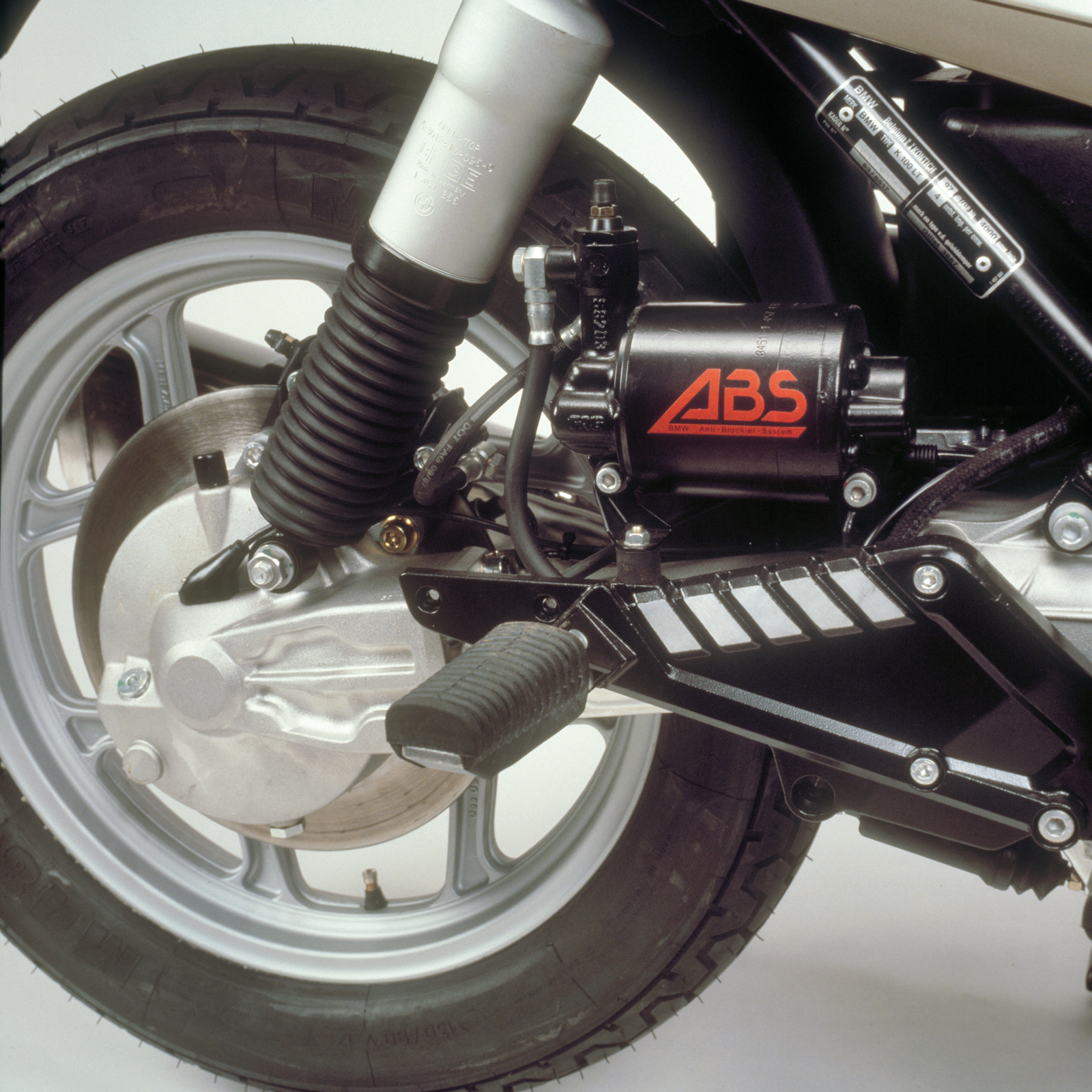 ABS was once viewed as a weight handicap, besides added complexity and cost, as such, most motorcycle manufacturers offered it as an extra option.

The first versions were adopted from cars. Whereas cars have all four tyres on the road and isn’t very prone to large fore-and-aft weight transfers, certain challenges were faced when adopted to motorcycles. For example, the system triggered too early even before a rider could really brake hard enough, in addition to the brake lever and pedal pulsating upon activation and surprised riders into releasing the brakes. It was an unnecessary distraction riders could live without.

However, the continual advancement in electronics has brought on many positive improvements in ABS technology to where it is presently. New ABS systems work almost imperceptibly.

Maximum braking force for any wheeled vehicle is when the wheel is just about to lock. However, it’s a different story when the wheel does lock up as there are many variables depending on road friction which in turn depends on weather and road conditions. Moreover tyre wear, tyre pressure, different tyre sizes, suspension, the dynamics of weight transfer during acceleration or deceleration, and cornering.

This is where ABS comes into play.

Wheel speed sensors are mounted above slotted rings on each wheel to measure and compare wheel speeds. The signal is sent to the ECU (electronic control unit) for monitoring. The ECU calculates based on information from both wheels for two parametres: whether the deceleration of one wheel exceeds a fixed threshold, and the other whether there is brake slip. These factors indicate a locked wheel. 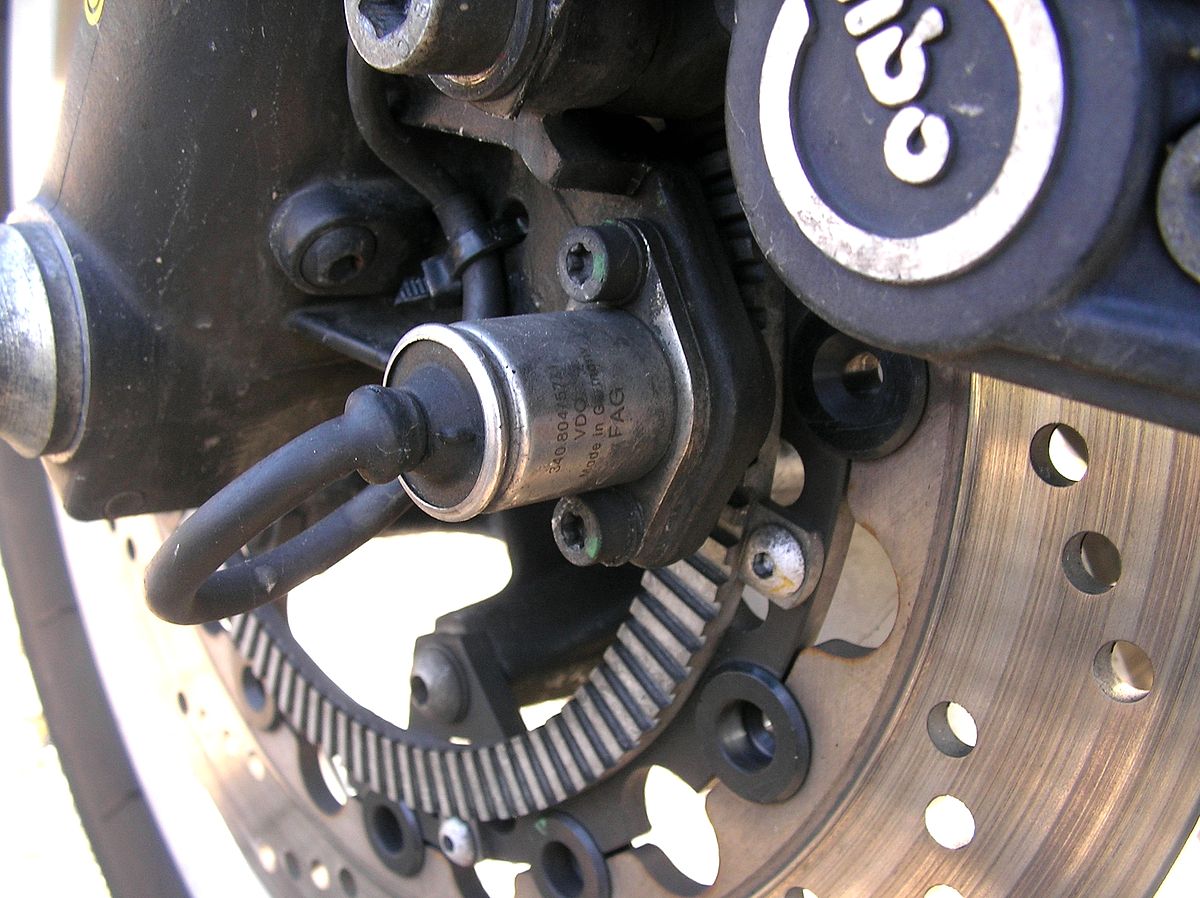 The ECU signals the hydraulic unit to hold or release brake pressure, just momentarily before reapplying the brake pressure, to get the wheel back to the point of maximum braking force just prior to locking up. This pressure modulation allows the tyres to regain grip and enable the rider to control and steer his bike. In other words, ABS allows the rider to apply maximum braking force without locking the wheels and losing control. That’s why ABS is banned from top echelon racing such as superbikes, and all classes of MotoGP.

There are a few types.

The first and older ABS I (in 1988) was also known as piston systems. Using a spring-tensioned piston, a motor pulls back the plunger piston to open increase the space for the brake fluid, effectively lowering its brake pressure. ABS II (in 1993) still uses the spring-tensioned piston, but replaced the plunger with an electronically controlled friction clutch. Both were used on BMWs although Honda used the second system on their touring and large bikes.

The newer valve and pumps systems uses solenoid inlet and outlet valves, pump, motor and accumulators/reservoirs. When the system is activated, the brake fluid is stored in accumulators to release the pressure. A pump er… pumps back the fluid. That’s what cause the pulsation on the brake lever or foot pedal. 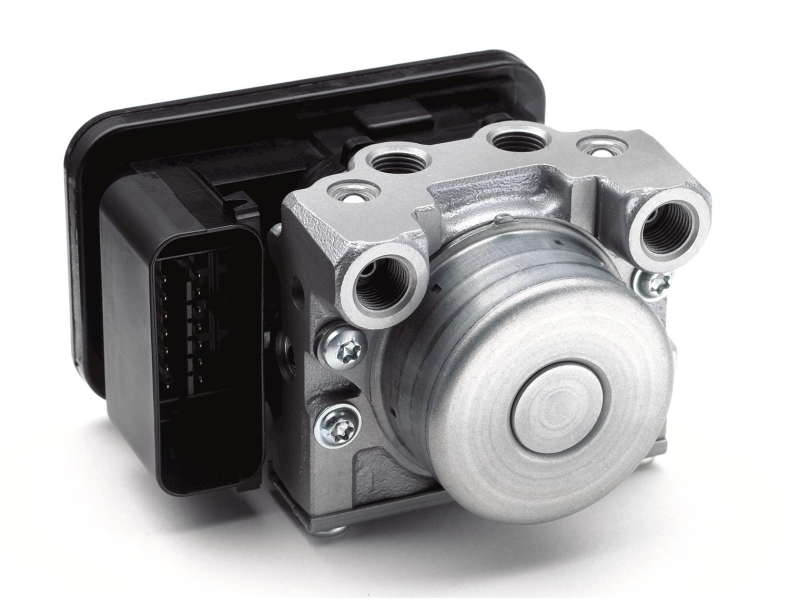 The best ABS systems cycle through this process at 24 Hz (Hertz, times per second). No human could possibility emulate this feat.

Again, with the advancement of electronics, the ABS has seen some intriguing added functionalities, too, such as dual-channel, combined braking, cornering, rear lift-up mitigation (anti-stoppie, or anti-wekang), supermoto, and offroad ABS. Even traction control depends on the sensors and ECU for speed and tyre slip signals.

But those are stories for another time.