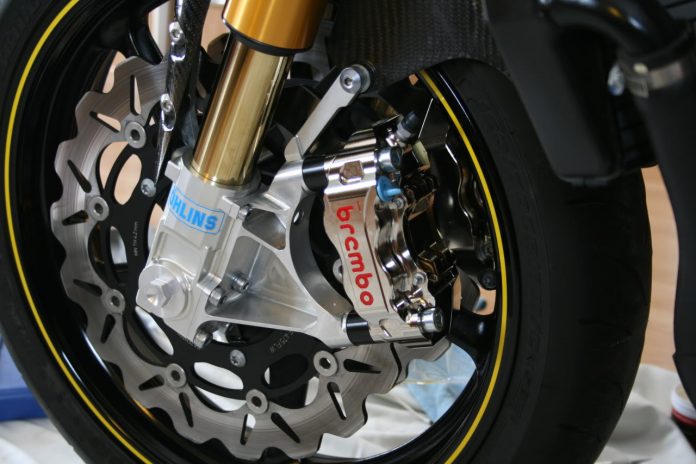 Everytime we squeeze and press down on the brake levers, the brake system causes the motorcycle to slow down. it works day in, day out, throughout the bike’s lifespan. But have you ever thought about how it actually works?

While the traditional cable-operated drum brakes are available on a certain number of bikes, they are being phased out for the hydraulic brake system, more commonly called disc brake system. 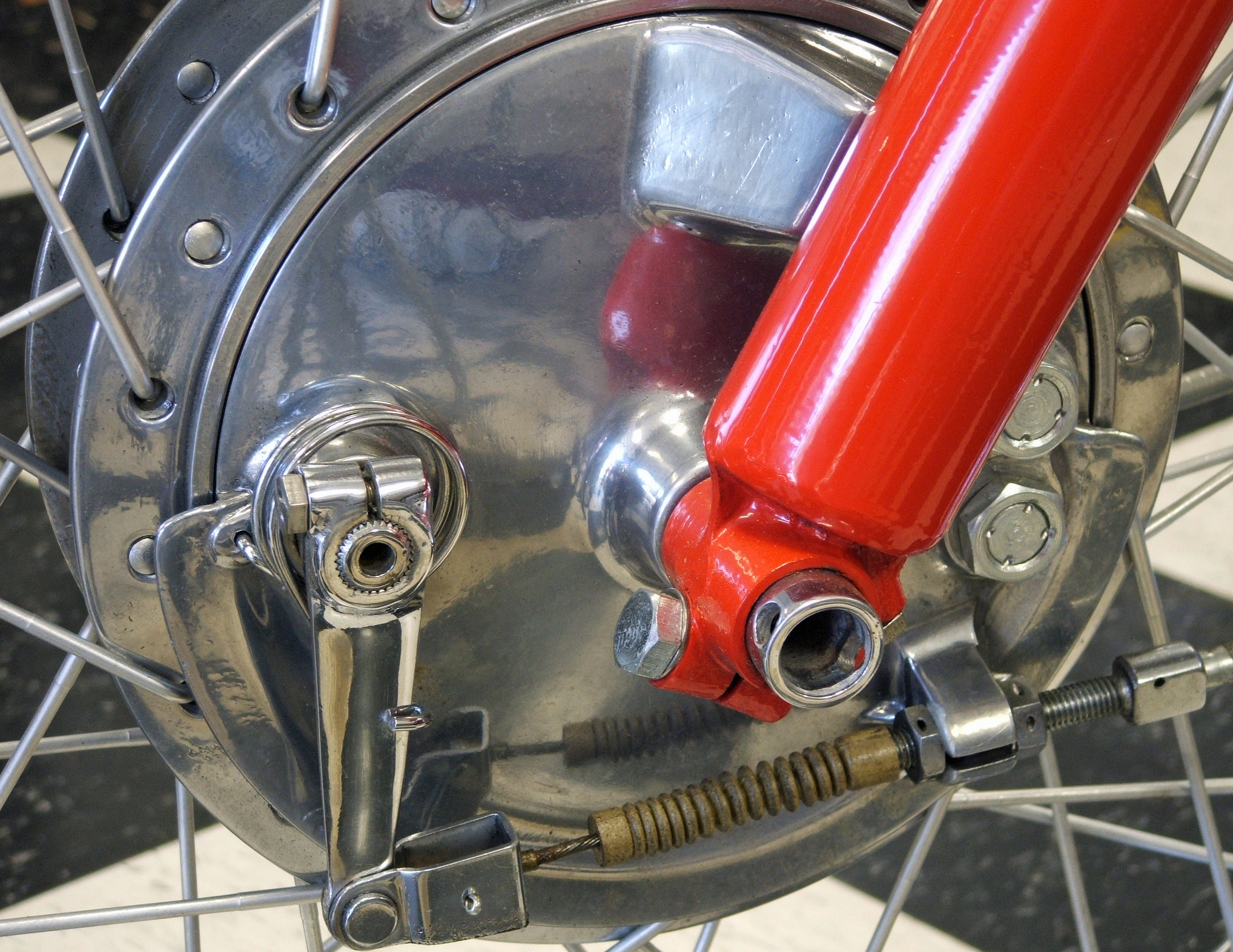 The brake system converts kinetic energy (contained in a moving object) to thermal energy (heat) by using friction. Brakes have evolved over time and some brake systems could actually slow a bike quicker than the latter could accelerate. In a recent overseas test on the BMW S 1000 XR, the bike accelerated from 0 to 160 km/h in 6.1 seconds, covering 151 metres. That fast! But it slowed from 160 to 0 km/h in 5 seconds in less than 100 metres. 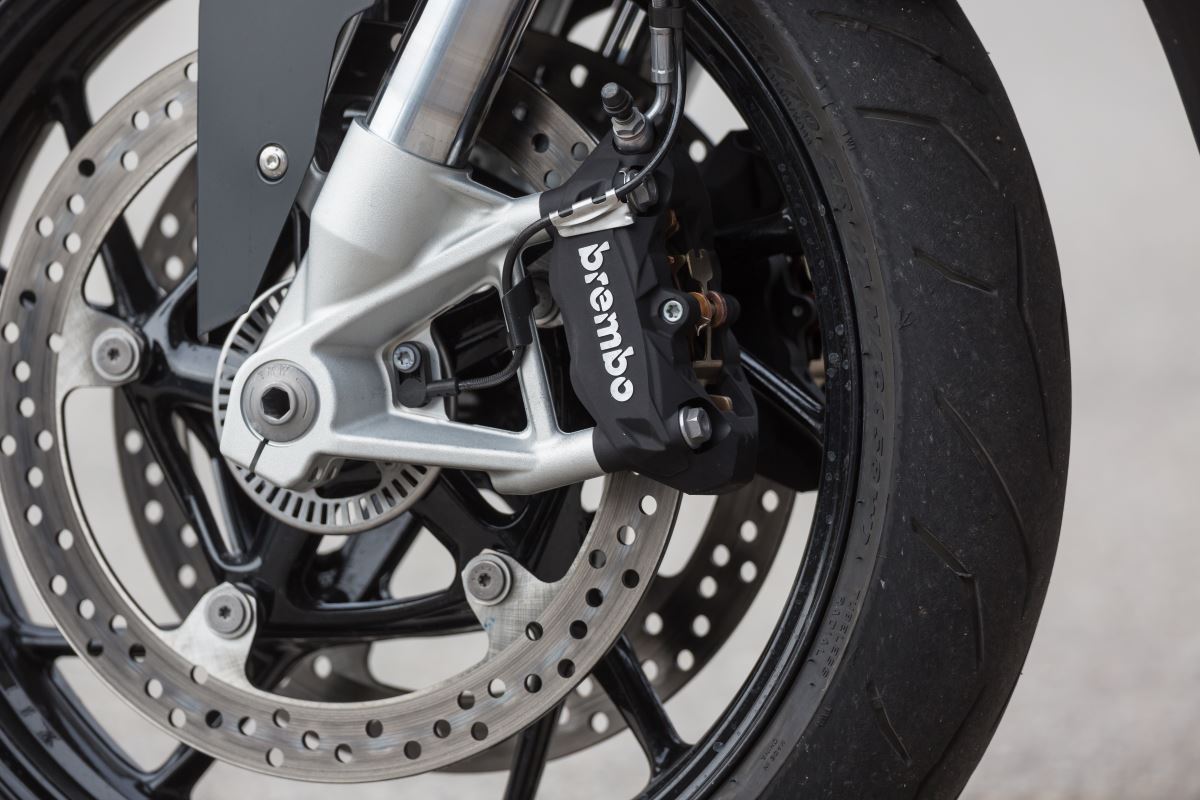 The basic working principles of the hydraulic disc brake system is easy to understand. When you press the brake lever, the master cylinder pump pushes the brake fluid through the brake hoses to the calipers. In turn, this pressure pushes on the caliper’s pistons which have brake pads attached to them. The pads are compressed on to the brake disc.

Let’s look at the parts of a hydraulic brake system:

More commonly called the “brake pump” or (“bulek pom” by your typical Chinese mechanic at the kedai motor), it converts mechanical force (when you press the lever) into hydraulic pressure. The brake lever pushes on a piston that presses on the brake fluid. The force with which you pull the lever is the leverage ratio and the size of the master cylinder piston determine the amount of pressure is subjected through the system, sometimes exceeding 1,000 kPa. 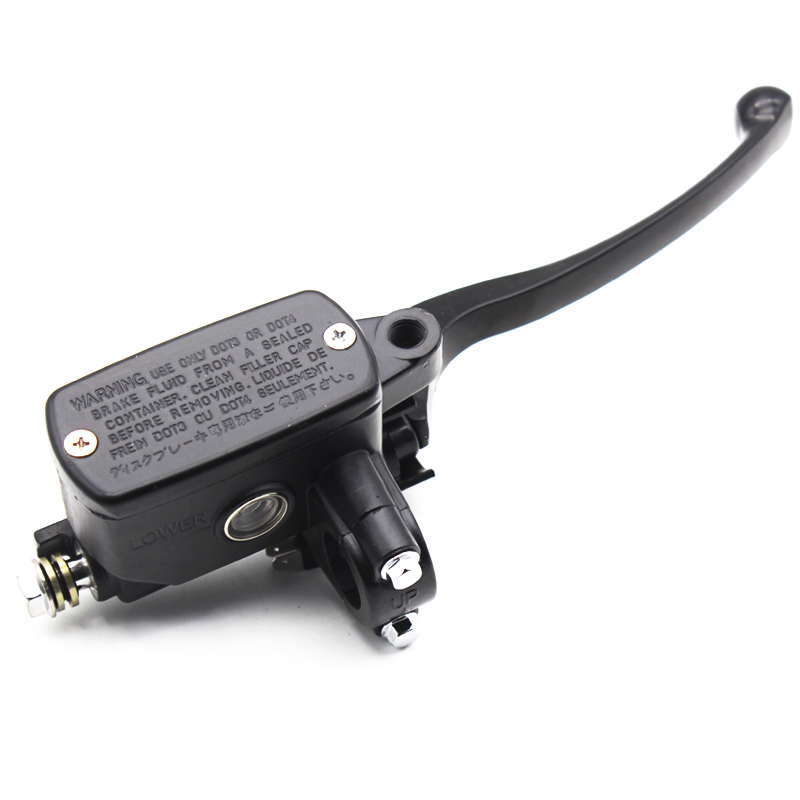 Hoses transmit pressure from the master cylinder to the calipers. They are typically multilayered, with a Teflon inner lining surrounded by braided nylon, or Kevlar, or stainless-steel reinforcing layer, and finally wrapped in a protective sheathing. 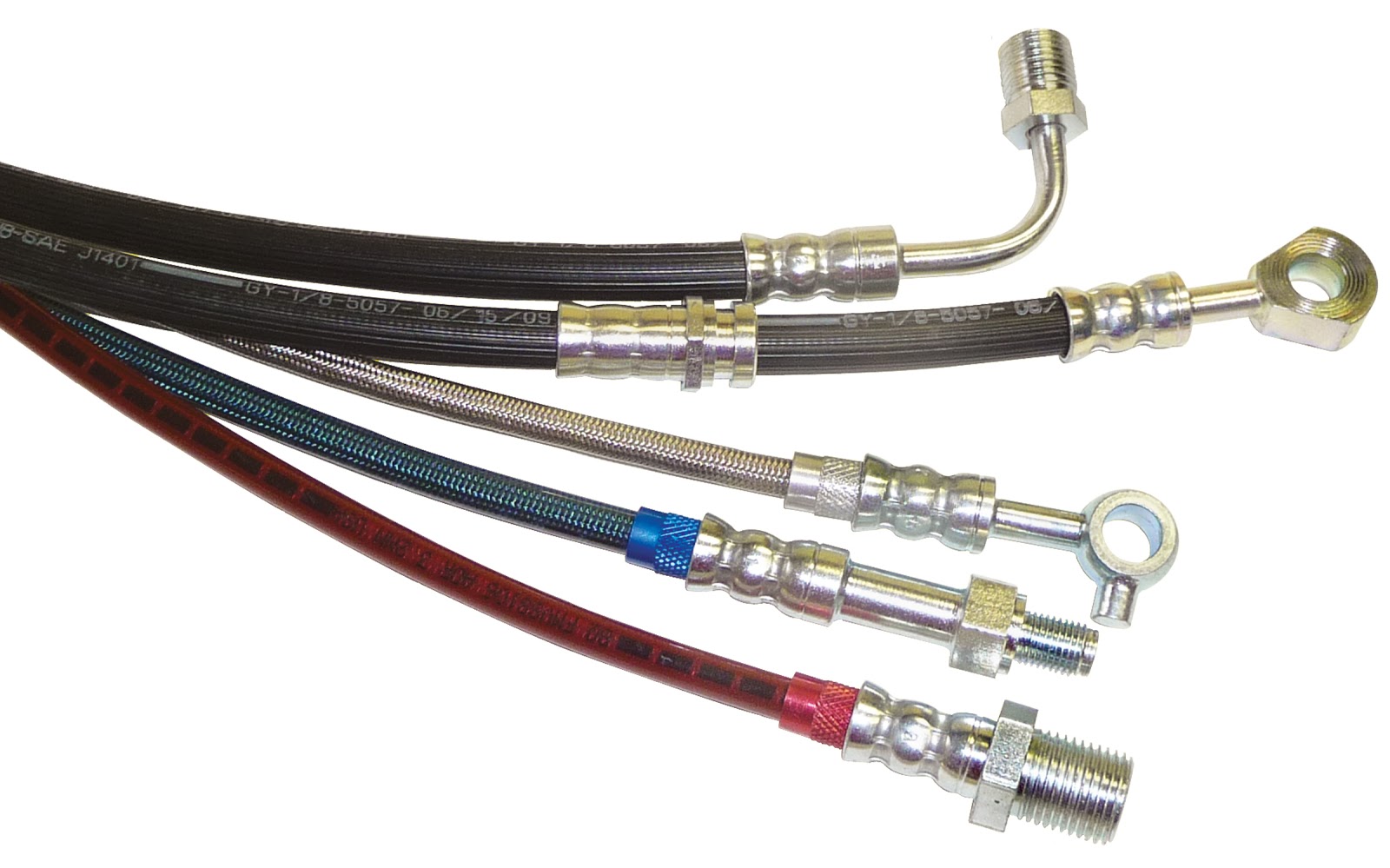 Contrary to popular belief, stainless steel-braided hoses DO NOT stronger braking. They provide a more consistent braking feel as they don’t expand like rubber hoses do when subjected to eyeball-popping hard braking.

Rubber hoses lose their strength over time, thus need to be replaced every four years. 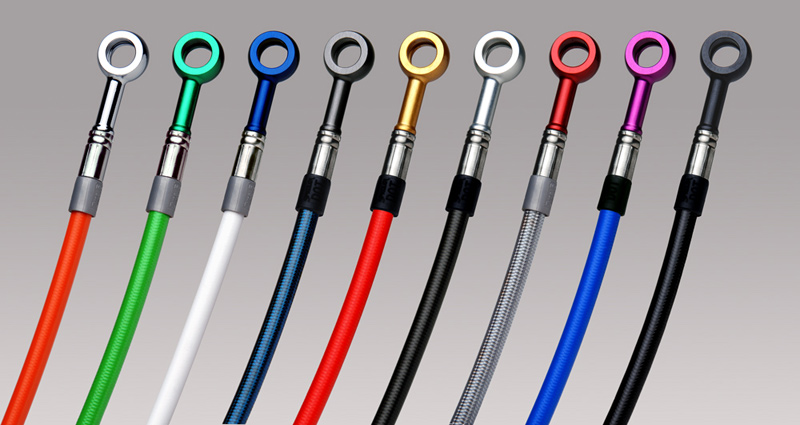 This is also inexplicably called the bulek pom in the workshops. The real job of pumping braking fluid is handled by the master cylinder.

Anyway, it’s at the caliper where the hydraulic pressure is multiplied. This is because the pressure from the master cylinder is exerted uniformly on the much larger area of the caliper pistons. An adult male’s hand grip typically exerts only between 0.4 to 0.6 kPa, thus that has to be increased to more than 1,000 kPa. 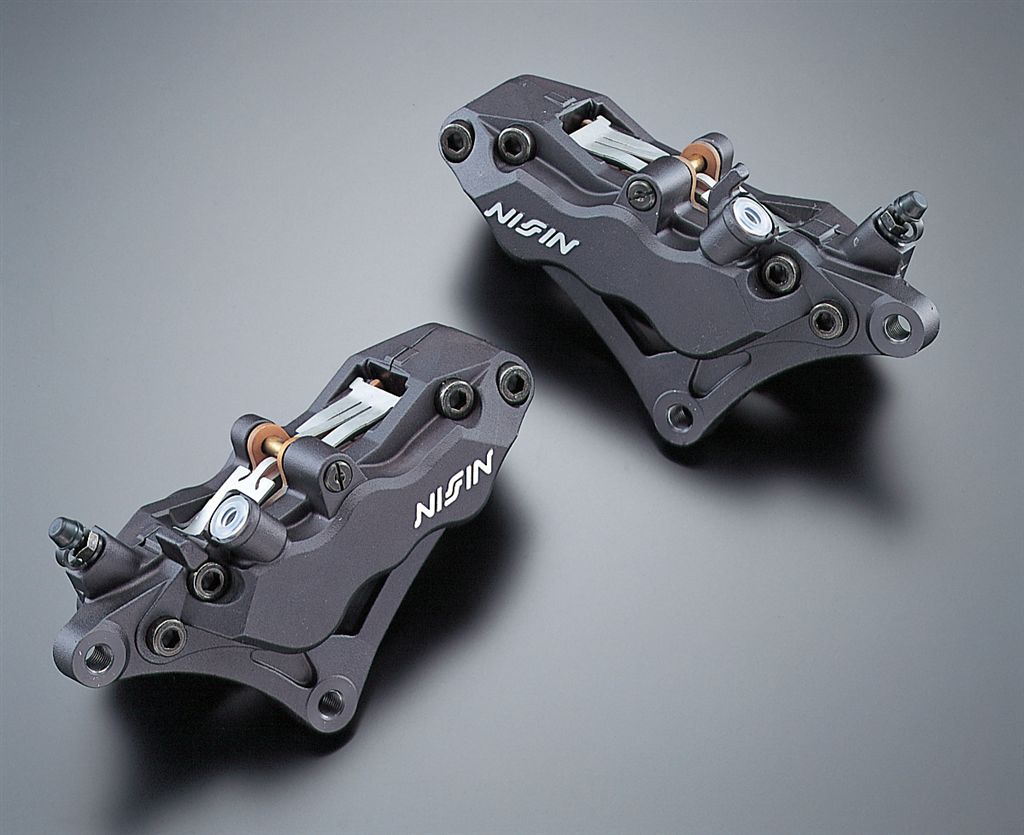 The disc transfers the brake pads’ resistance to the tyre contact patch. Brake discs are usually made of stainless steel with variable amounts of iron. Modern discs are also drilled to assist in cooling, besides shedding water and debris. 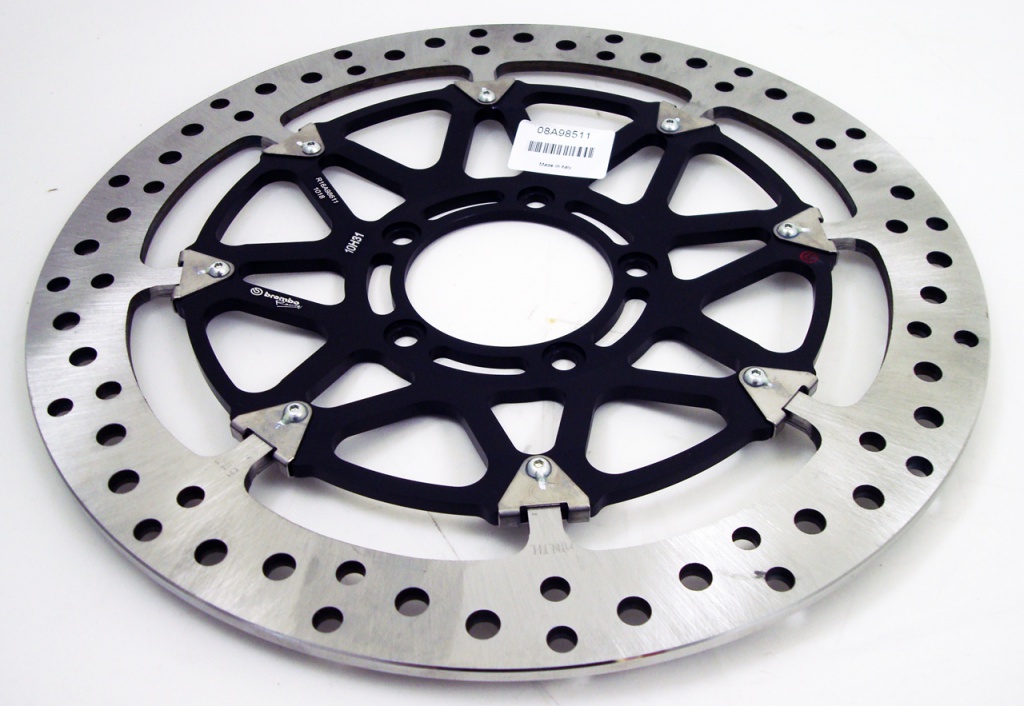 Another incorrectly named item, usually called minyak brek (brake oil). It has nothing to do with oils. The misconception probably arose from being referred to industrial hydraulic fluids that are petroleum based.

The brake fluid is the medium which transmits force from the brake lever to the brake pads. The brake fluid isn’t as simple as one may be inclined to think. Other than being non-compressible to effectively transfer the pressure, it needs to have low viscosity to work with ABS components, has good lubricity for the master cylinder and caliper piston seals, offer corrosion resistance, and importantly has high boiling point. 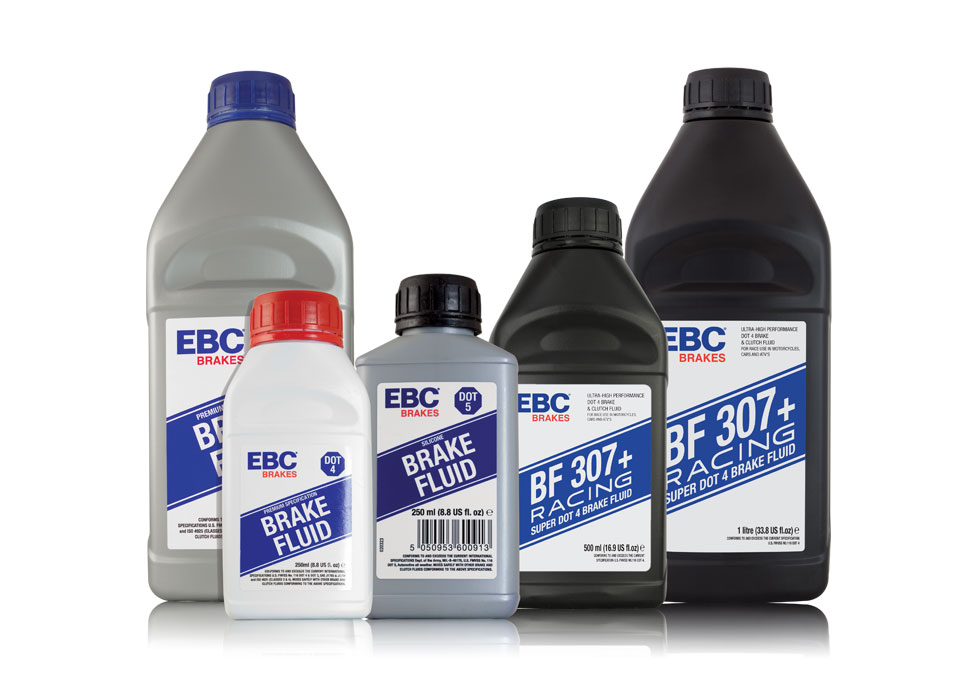 There are four grades of brake fluids. Glycol-based ones are DOT 3, 4, and 5.1, hence are mixable. DOT 5 is silicone-based and can’t be mixed any other type.

The glycol-based fluids are hydrophilic, meaning they suck in and absorb moisture from the air. Mixed with water, the brake fluid’s boiling point is lowered, causing brake fade. That’s why brake fluids need to replaced every two years.

DOT 5 on the other hand, is hydrophobic and rejects water. However, after repeated heating and cooling cycles, bad master cylinder and caliper seals, it will also ingest water eventually. However, DOT 5 brake fluid does not pull moisture out of the air own its own, thus have a longer lifespan. Military vehicles usually use DOT 5 since they sit idle for long periods of time.

Additionally, being silicone-based, it’s not caustic leading Harley-Davidson to using this previously.

Does this mean we should all convert to DOT 5? The short answer is “NO.” DOT 5 brake fluids are expensive, has high compressibility and higher viscosity (thicker) and thereby unsuitable for everyday use. Harley-Davdison has since reverted to DOT 4.

Each grade usually denotes the fluid’s boiling point, from the heat resulting from friction, rather than its chemical contents.

The US Department of Transport (DOT) specified each grade’s “dry” and “wet” boiling point. The latter is deemed to be completely free of moisture, while the latter contains 3.7% water, common after a year of regular use.

Observe how much performance drops away between dry and wet. That’s why brake fluid should be replaced every two years. Since the standard was set in the USA, we may need to replace it even earlier due to our climate’s high humidity and constant rain. 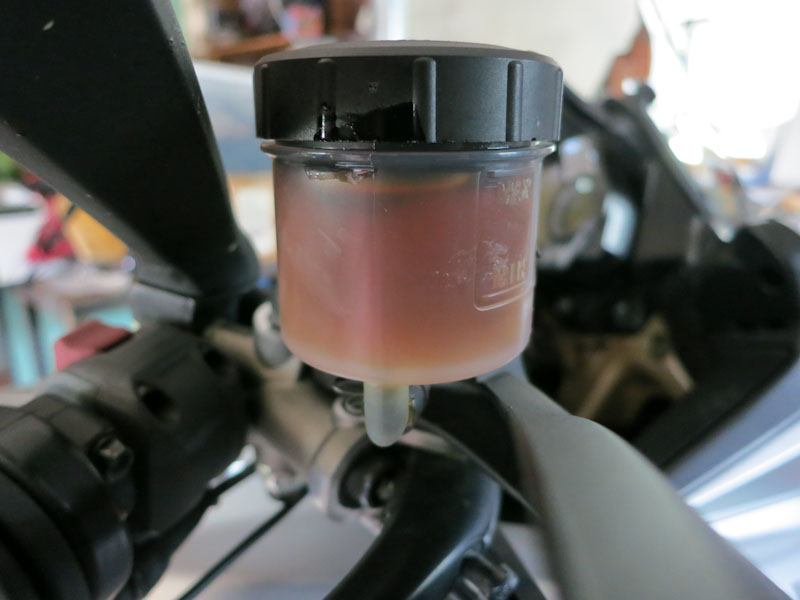 That’s it for Part 1. We’ll talk about brake pads, caliper mounts, ABS, carbon brakes and so forth next time.