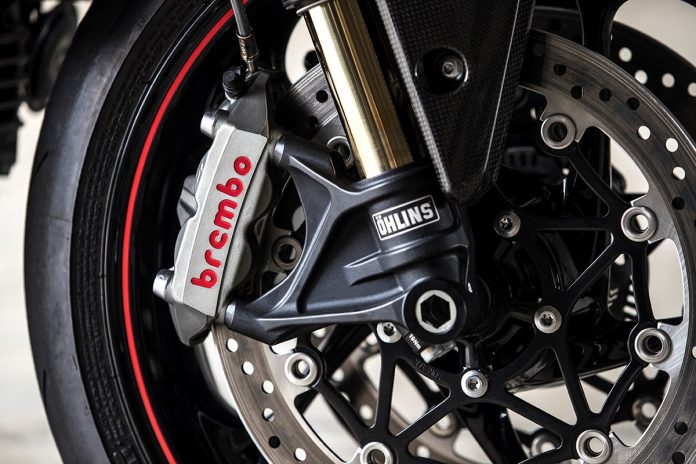 To rehash, we’ve seen the basic principles of the brake system in Part 1, about how the pressure from your fingers is transferred into fluid pressure, resulting in braking force.

Brake System: How it Works (Part 1)

Next, we took a look at how the ABS system works in Part 2, in order to allow for maximum braking force while avoiding the wheels from locking up.

Continuing the series, we also checked out tips on how to choose the correct brake pads for your bike in Part 3.

Therefore, let’s now examine the methods of mounting the front brake caliper to the motorcycle, or more specifically, about the radial mounting arrangement that’s all the rage these days. Yes, so popular they are that even lowlife thieves couldn’t resist them.

One, the traditional type is the “axial” master cylinder, found on almost all motorcycles with front hydraulic brakes from small to large. 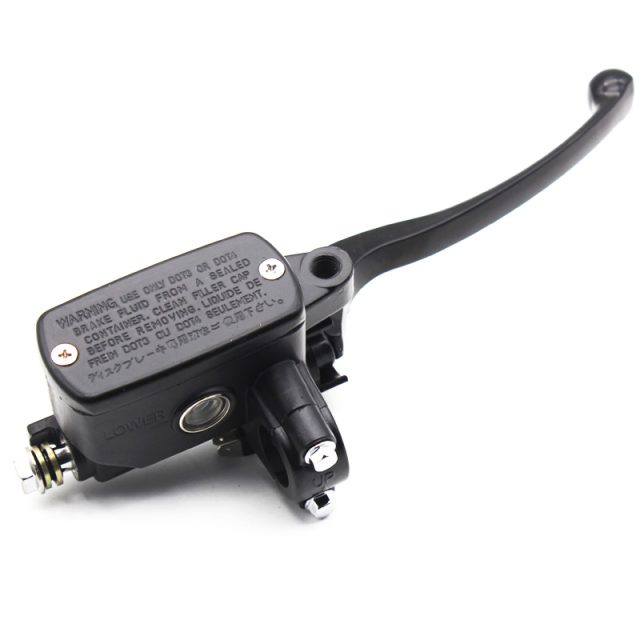 In this arrangement, the master cylinder’s bore is perpendicular to the lever’s travel, seemingly elongated to the left side viewed from the top. A protrusion on the end of the lever pushes the plunger in cylinder, forcing brake fluid into the calipers.

The second and more recent type is the radial master cylinder. The master cylinder’s bore is parallel to the brake lever’s movement, looking more directly fore-and-aft when viewed from the top. 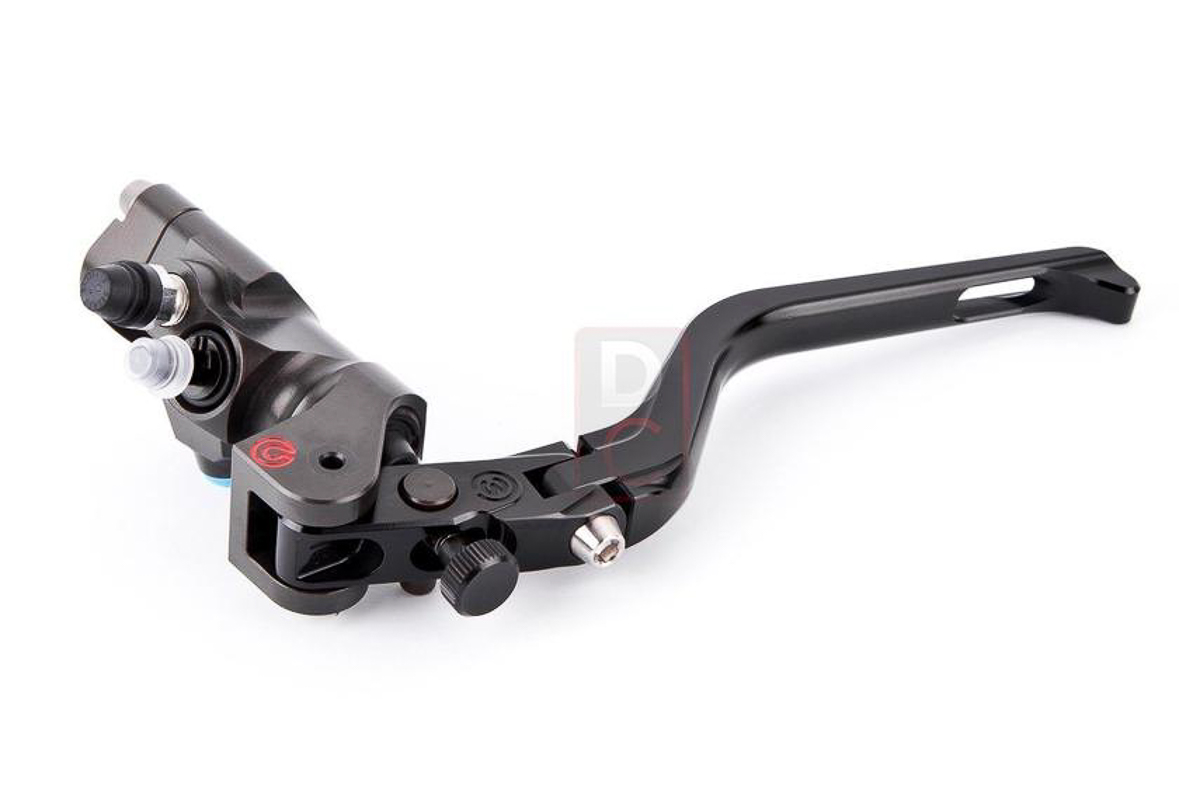 With the advent of radially-mounted brake calipers, this format has gone on to be called the “normal mounting.” The caliper is mounted to “bosses” cast into a fork’s bottom tube, with bolts that run parallel to the wheel axle. 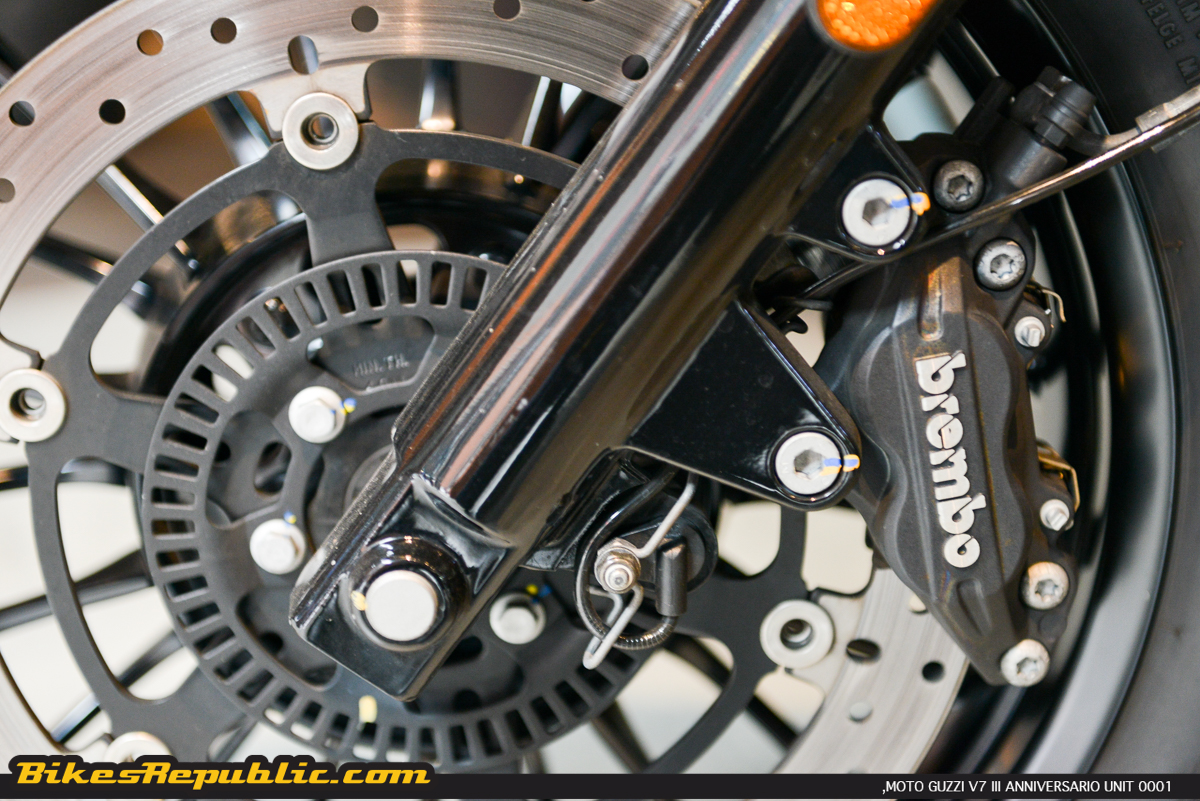 There isn’t anything wrong with this type of mounting. However, custom brackets need to be fabricated should one want to install a larger brake disc. Other than that, there may exist a little torsional flex for lateral movement, although it’s hardly perceptible when ridden on the streets.

In this setup, the caliper is still mounted to bosses cast into the lower fork legs. However, the bosses are cast to allow bolts to be fitted directly from the rear, instead of from the side, and perpendicular to the wheel axle. 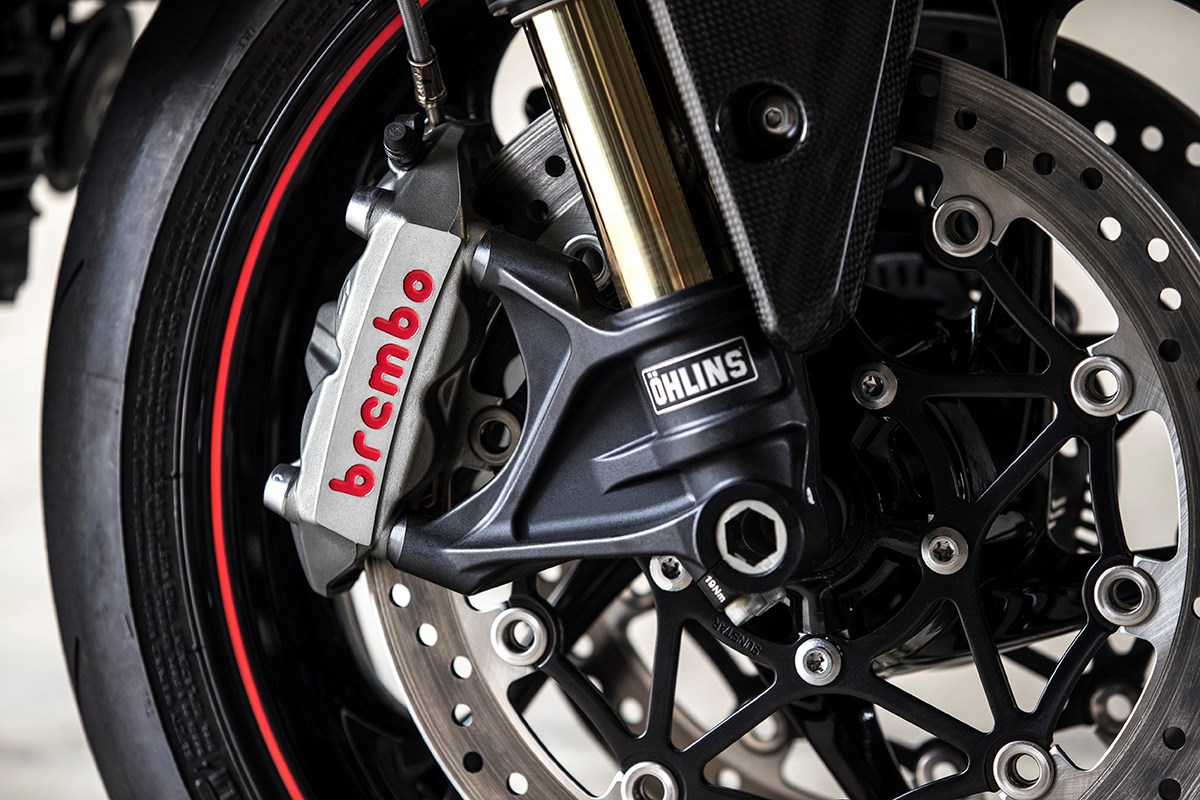 Being mounted this way means there is virtually no deflection because the braking forces are on the same plane as the brake disc’s rotational forces.

What are the benefits of radially-mount calipers?

First and foremost, being mounted from the rear means all the rider needs to do is install spacers and longer bolts when switching to a larger disc, instead of having to custom make a mounting bracket.

There is a myth surrounding radially-mounted calipers as having more braking power. Want us to be honest?

As we highlighted in Part 1, “brake power” is defined by the amplification of brake fluid pressure, in relation to the size of the master pump’s piston and caliper pistons’ sizes.

What radial mounting does though, with the lack of deflection, provides for a crisper feel when braking, i.e. better braking feedback, and in turn allowing for better modulation of the front brake.

Where it’s usually more important for the track than the streets. 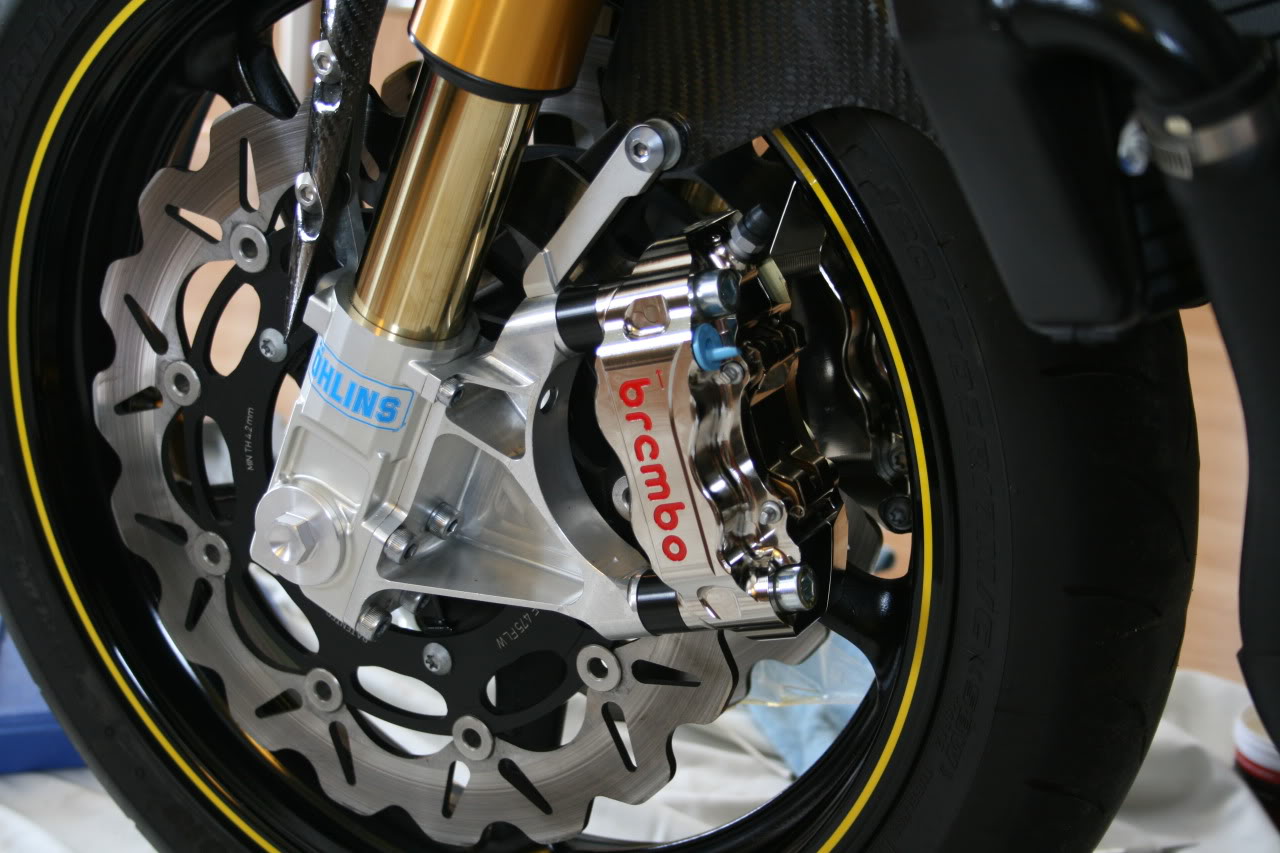