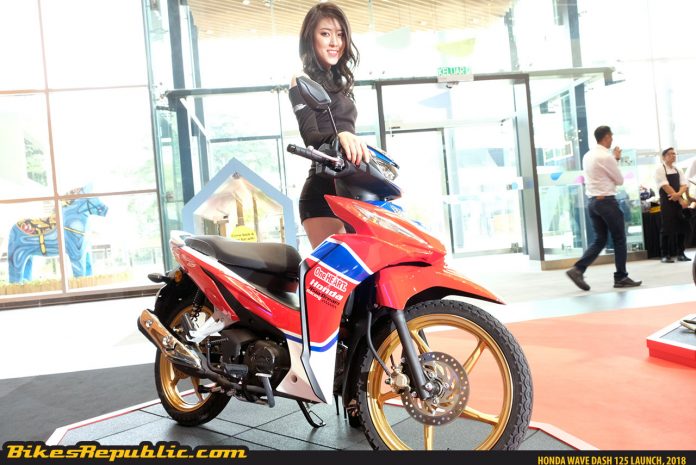 Boon Siew Honda has introduced the replacement model to the popular Honda Wave Dash 110. Now known as the Honda Dash 125, the successor to the Wave Dash 110 features everything you would expect of a new motorcycle – improved performance and a stylish new design. 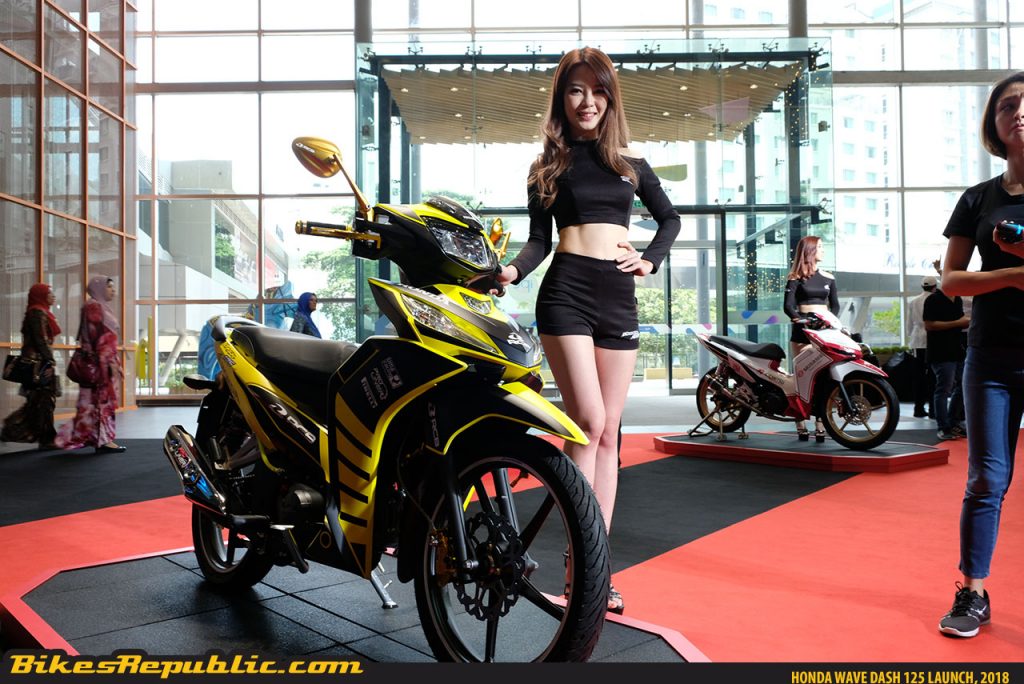 The biggest update to the Dash 125 is its engine which is now 125cc and outputs 9.8hp at 8000rpm and 9.54Nm of torque at 6500rpm. The fuel injected engine is fed by a four-litre petrol tank, and offers both an electronic starter and a traditional kick starter. Power is fed to the rear wheel via a four-speed gearbox featuring a wet clutch. 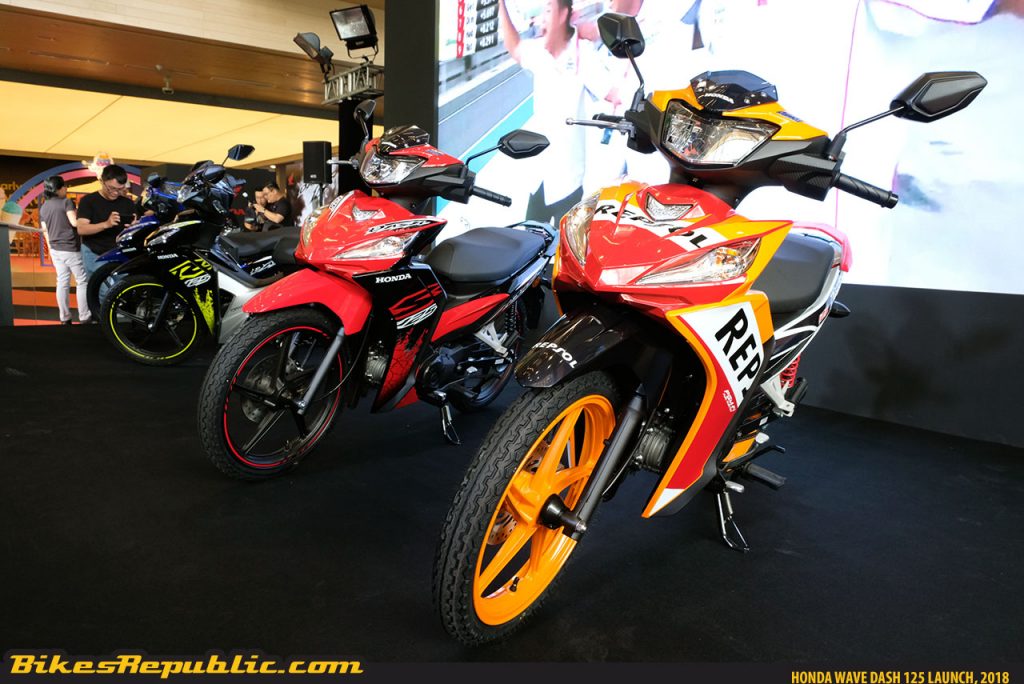 Weighing in at just 103kg fully fuelled and ready to ride, the new Dash 125 offers an underbone chassis frame, a telescopic front suspension, twin shocks at the rear, and discs brakes up front and at the rear. 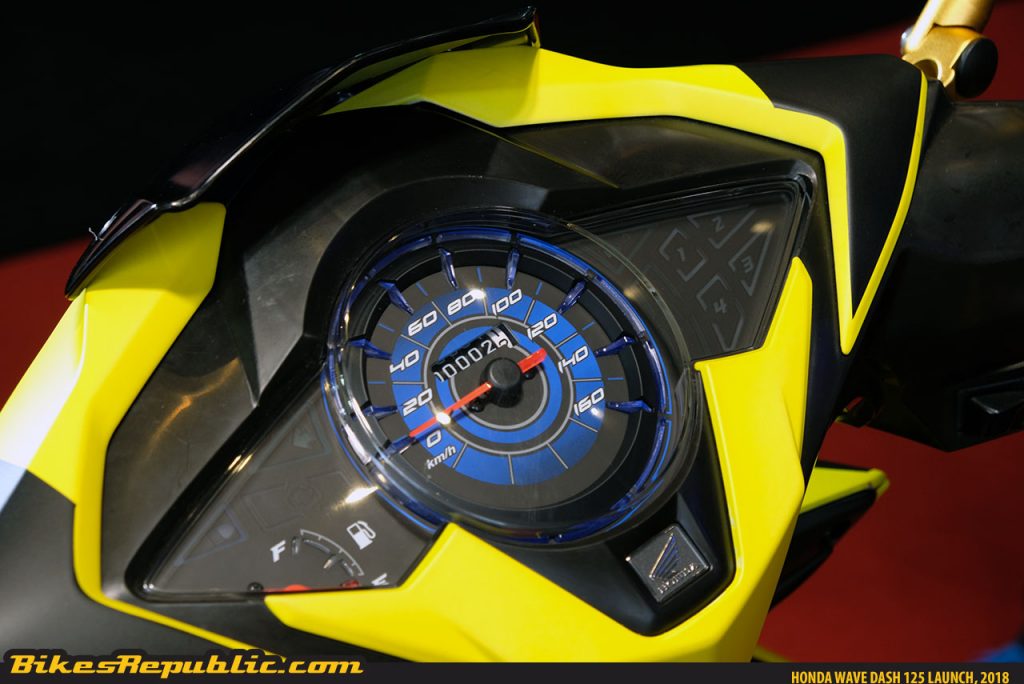 As for the exterior, the Dash 125 features many value-added upgrades over its previous model, the new model is now equipped with LED headlights, new leg shields, sports rims, a new mirror design as well as a new speedometer. 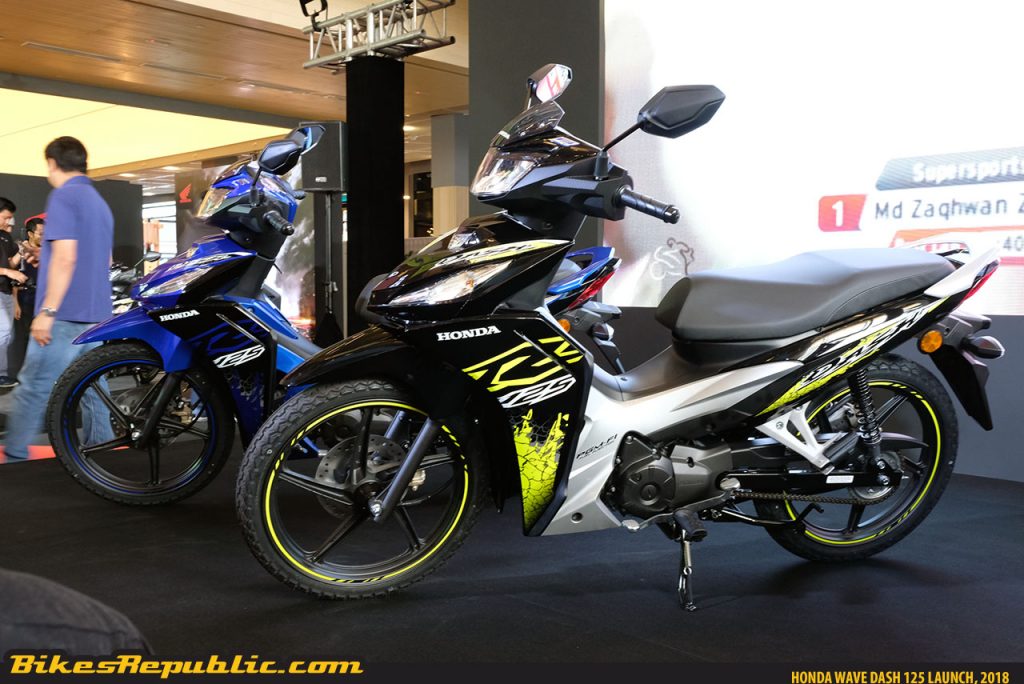 The new Dash 125 will be available in four new colours, which are Pearl Magellanic black, vivacity red, pearl nightfall blue and the popular Repsol edition. 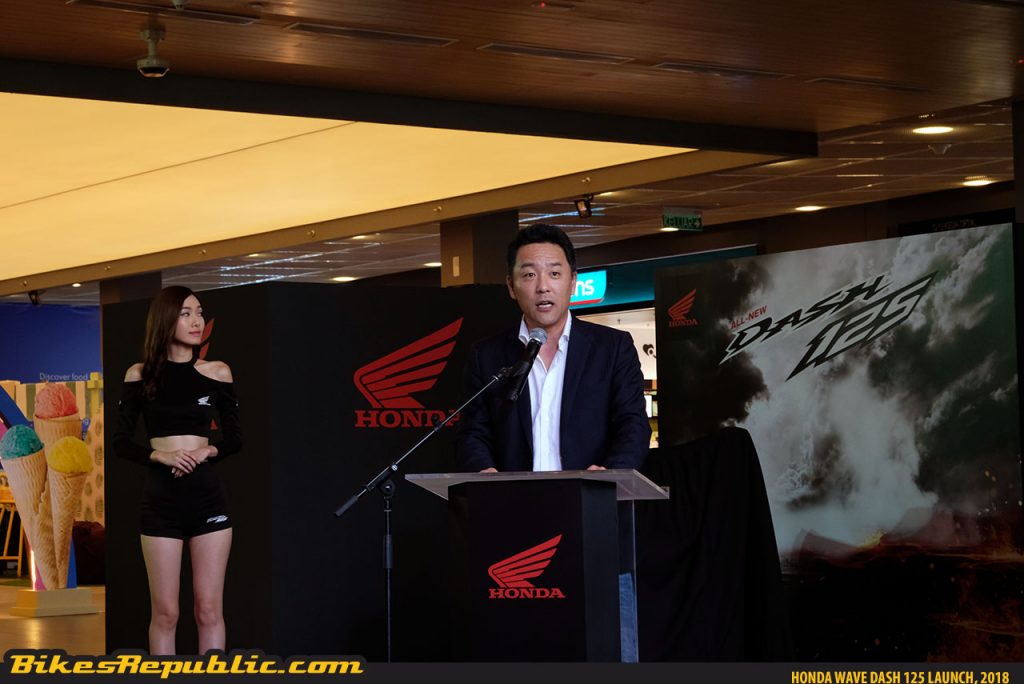 Speaking at the launch event held at the Ikano Power Centre in Kota Damansara, Managing Director and Chief Executive Officer of Boon Siew Honda, Mr Keiichi Yasuda said, “Over the years, the higher CC cub market has grown increasingly competitive and challenging due to greater customer demand. As a company that is committed to bringing new values for the joy of customers, Boon Siew Honda has been refining our model offerings to meet the expectation of Malaysian riders for superior riding experience. Having understood the current trend and demand in Malaysia, we are extremely excited to introduce the new Dash 125 that is set to push the benchmark higher in the cub segment.” 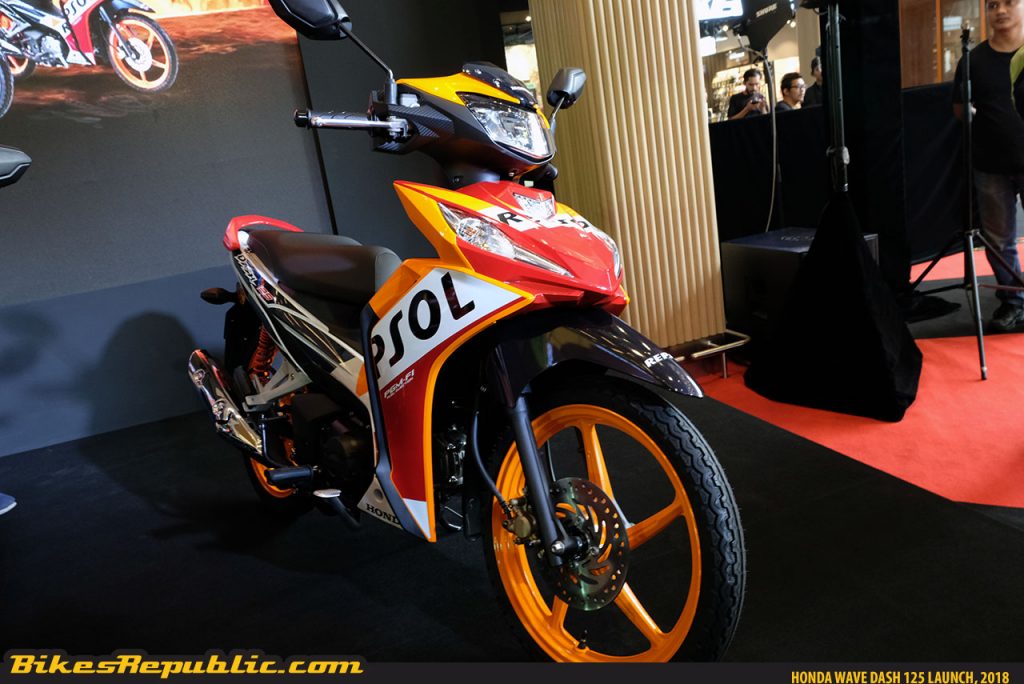 The new Dash 125 will also be the new racing machine of the Honda One-Make Race in the Malaysian Cub Prix. Previously known as the “Honda Wave Alpha Challenge” for the Wave Alpha, the name of the race will now be “Honda Dash 125 Challenge”, which is in line with the migration to the 125cc model. 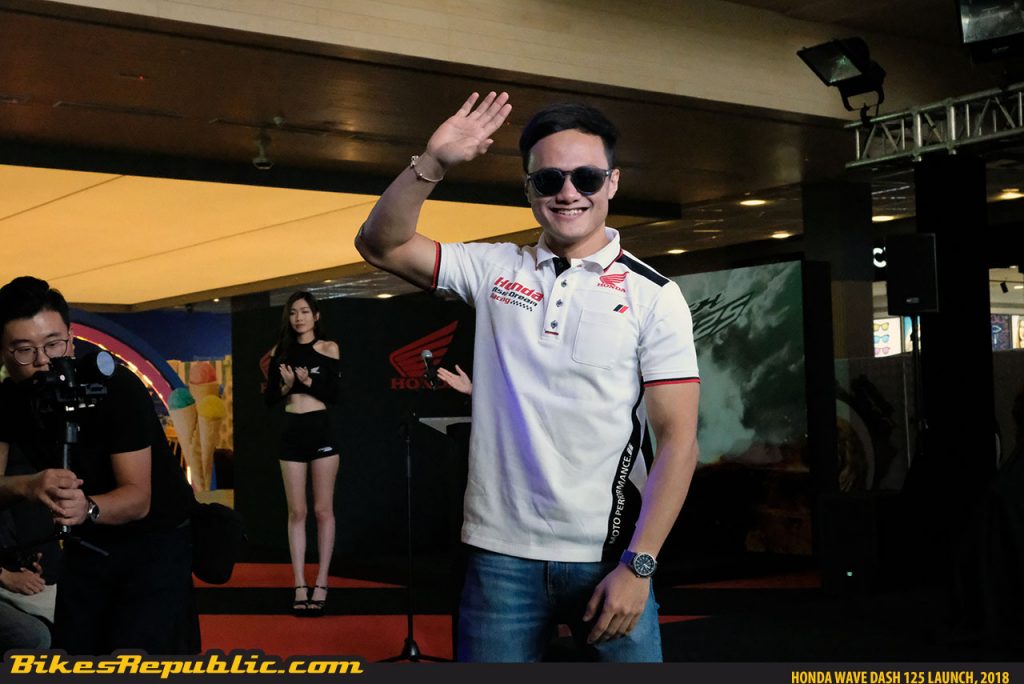 Adding to that, Boon Siew Honda also announced the appointment of popular Malaysian racer and two-time Asia Road Racing Championship winner Zaqhwan Zaidi and as the ambassador for the new Dash 125. 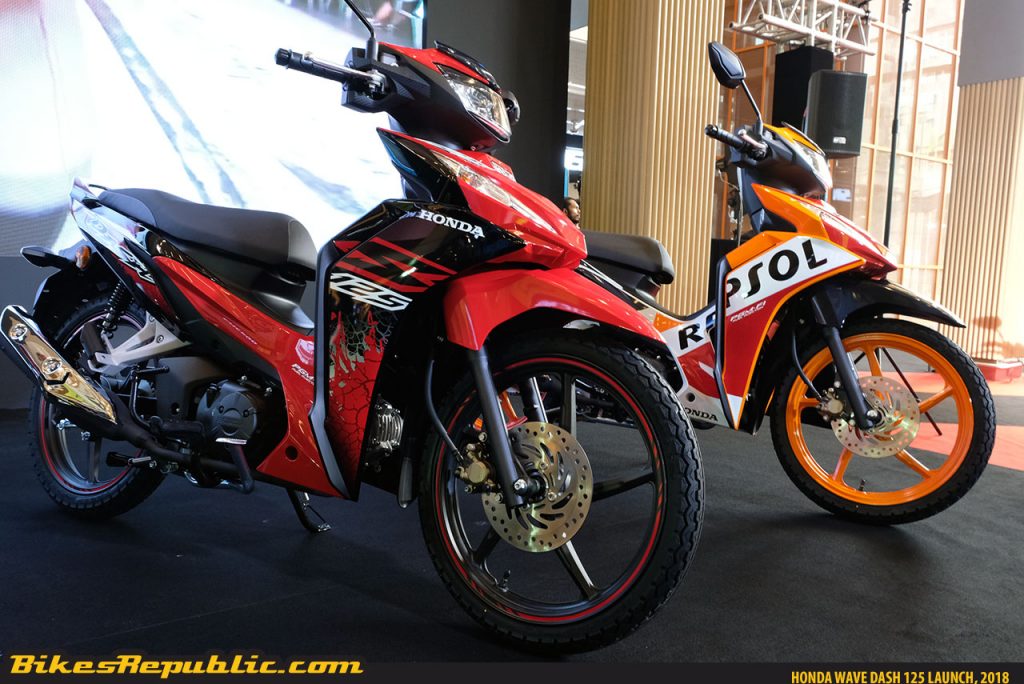 The Honda Dash 125 is now available in Malaysia with prices starting from RM5,999 for the single disc brake model, RM6,299 for the double-disc brake model, and RM6,499 for the Repsol Edition. All bikes come with a two-year or 20,000km manufacturing warranty. 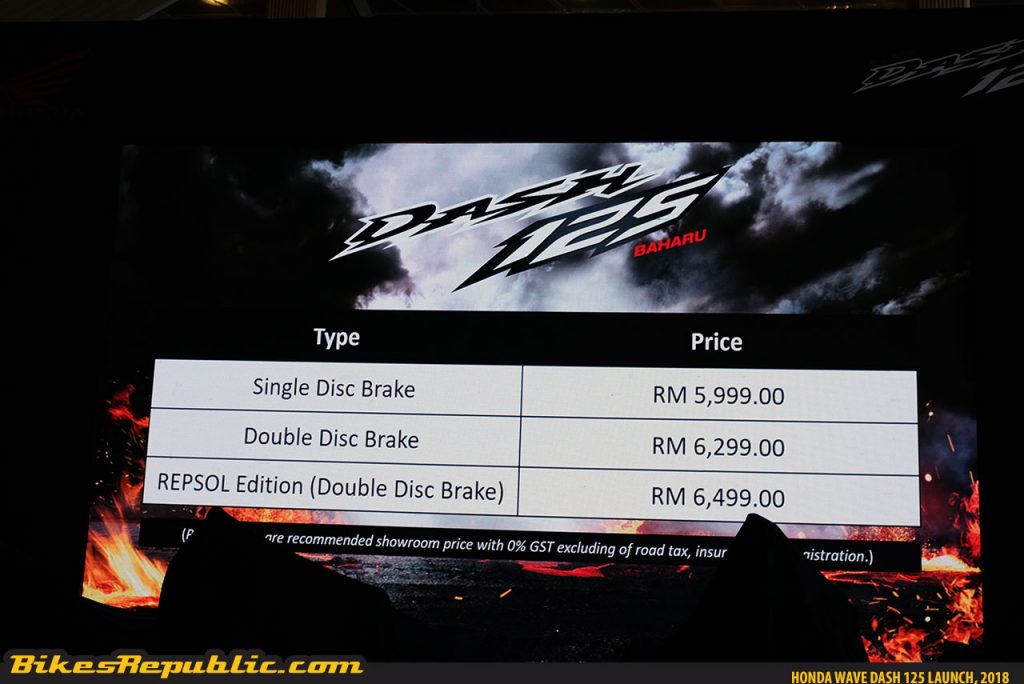