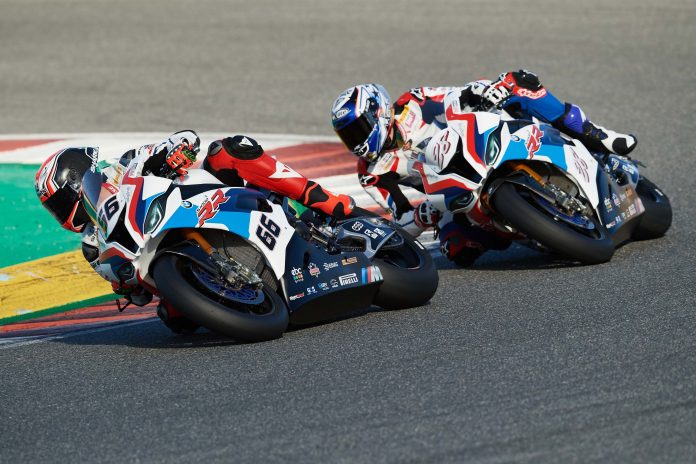 Asphalt & Rubber, on the other hand, sent in their photographer Steve English to shoot the following details. Here they are in their full glory.

The most interesting thing one could pick out is the thumb brake lever on Tom Sykes’ bike. Thumb brakes are becoming the norm in racing as more and more riders dangle their legs during hard braking. The only way to activate the rear brake while dangling the right leg is with a thumb brake lever. 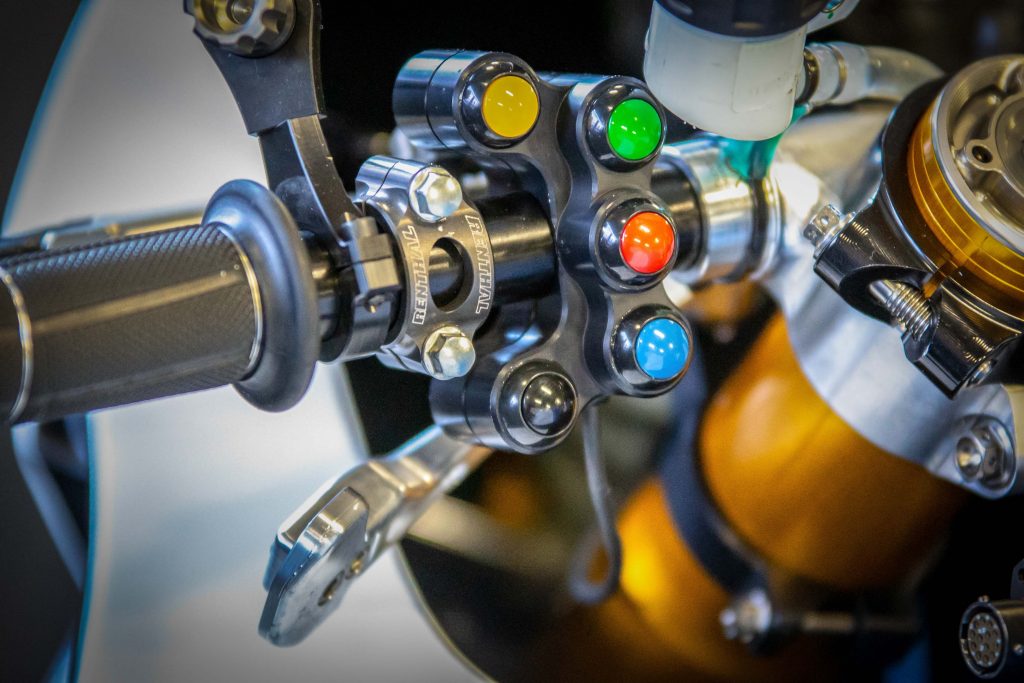 Also, a thumb brake can allow riders to press it subtly while leaned over in a corner to tighten their lines. It may also be helpful in helping to control wheelies out of corners. 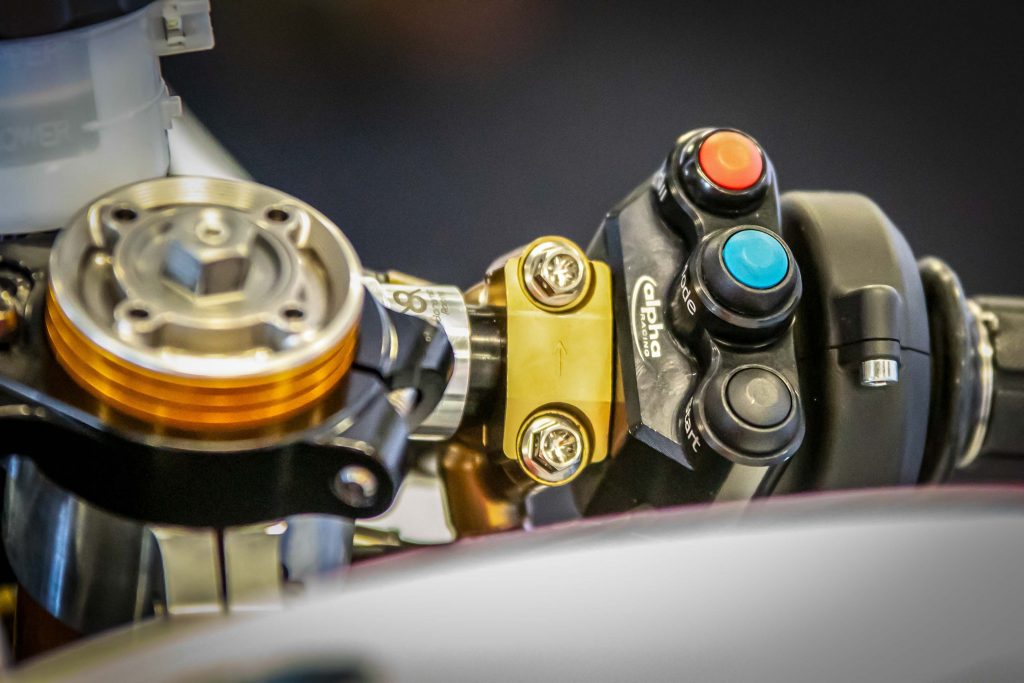 The swingarm on the S 1000 RR WorldSBK racer looks similar to the stock unit. However, the hollow space (where the Regina and Akrapovic decals are) has been filled in, most probably in the interest of adding rigidity. 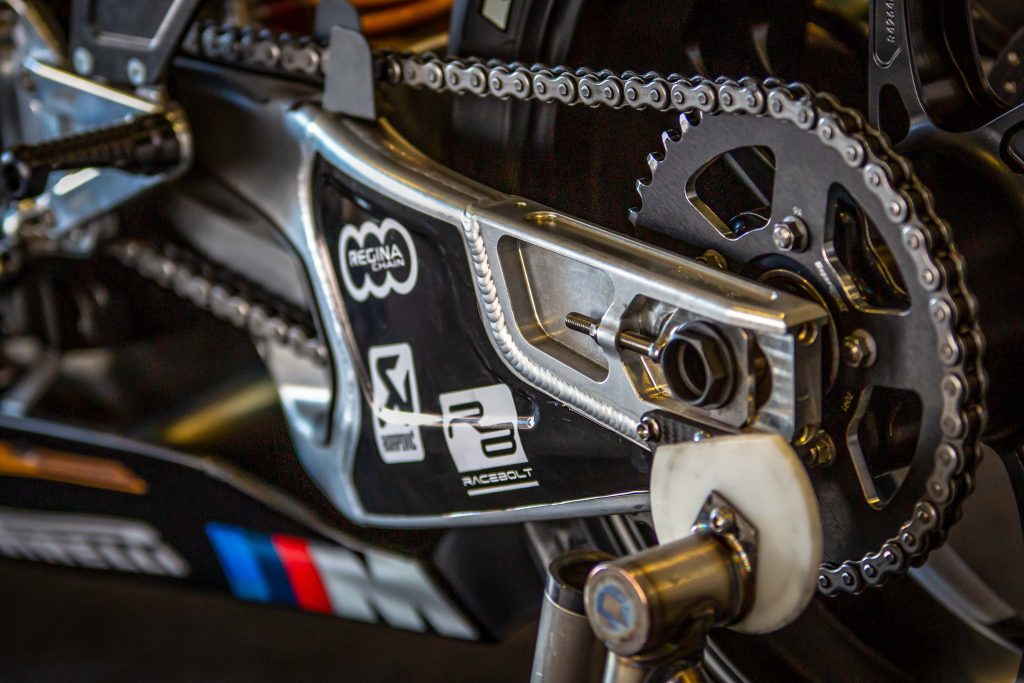 The stock 2019 BMW S 1000 RR’s swingarm already looks like the race unit’s. It just shows BMW Motorrad’s commitment to winning the WorldSBK and other superbike racing crowns, by designing something that’s pretty much race-ready.

The main surprise are the Nissin brake calipers instead of the usual Brembos. The Japanese brake manufacturer has been trying to break Brembo’s dominance in the racing fraternity. In any case, we hope Nissin will trickle down the lessons learned in WSBK to their road products. 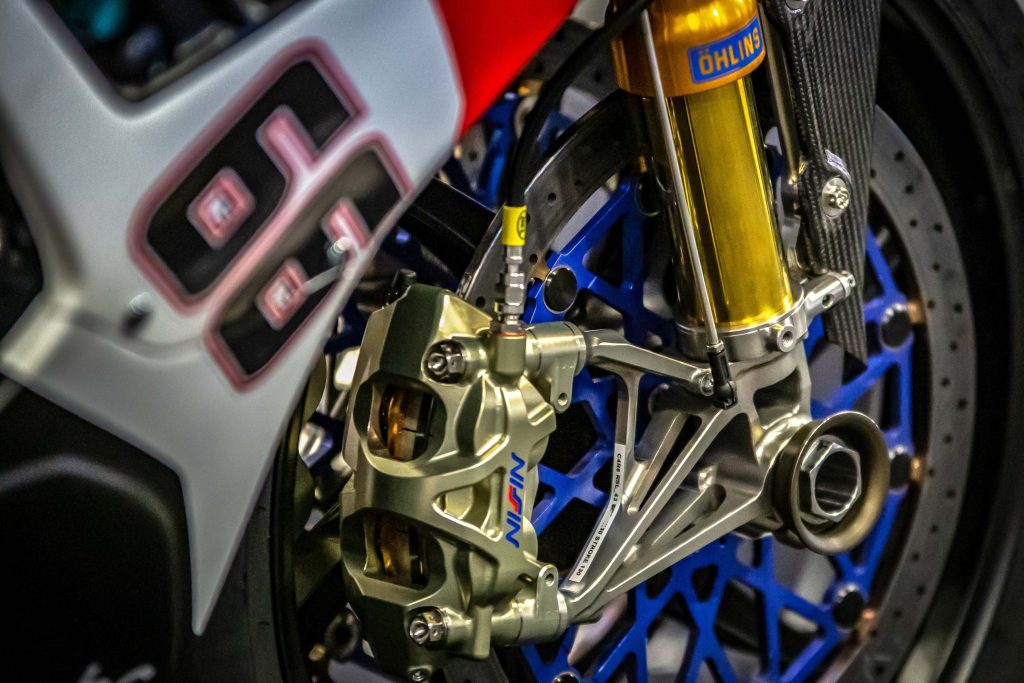