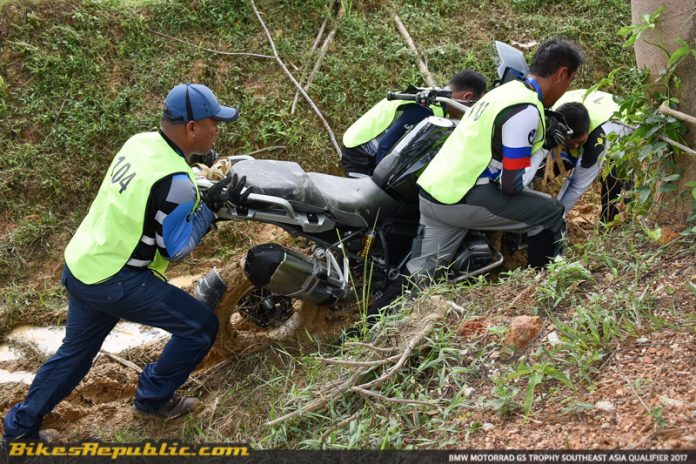 Day One of the BMW Motorrad GS Trophy Southeast Asia Qualifier 2017 has been completed on 12th August 2017.

Ten finalists are going on to the second round tomorrow (Sunday).

Number One finalist from Malaysia will represent Malaysia in the Southeast Asia Team. 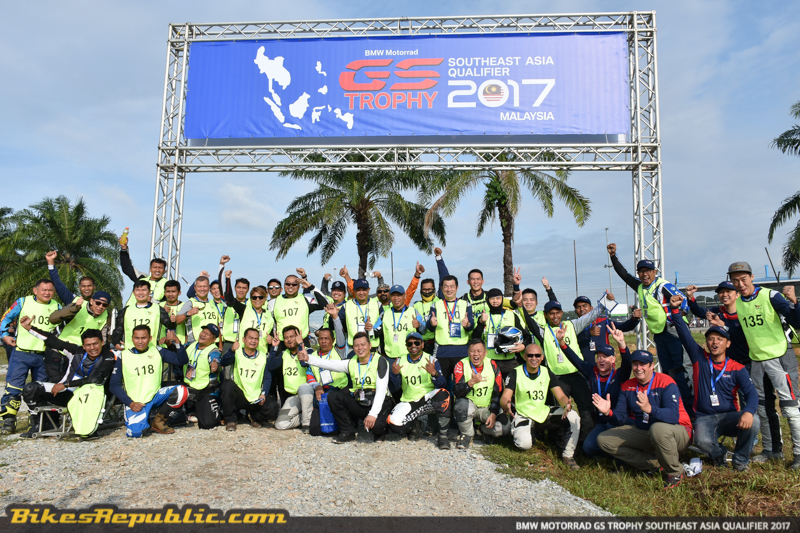 BMW GS-series owners have a remarkable event to look forward to every two years when BMW Motorrad organises the International BMW Motorrad GS Trophy, one of the most prestigious, if not one of the toughest world-class enduro events. 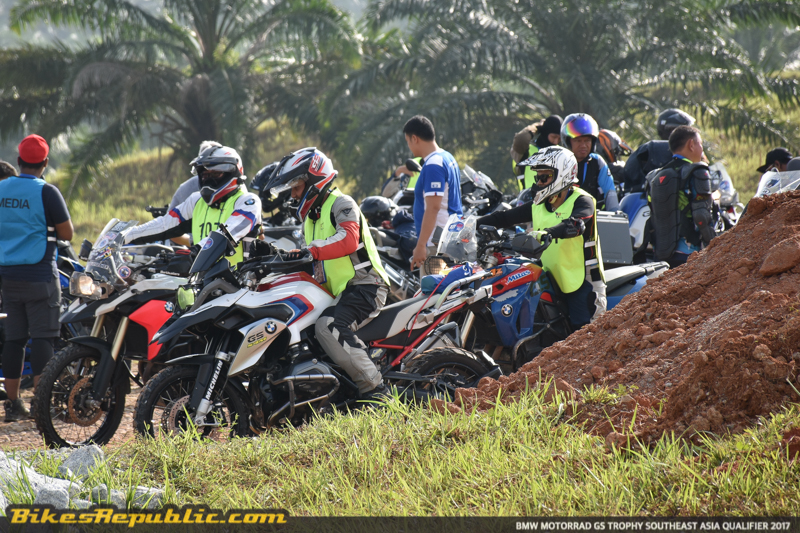 The previous finals were held in the vicinity of the historic Thai city of Chiang Mai, in 2016. The GS Trophy will move to Mongolia in 2018 for the next edition.

While all GS riders are invited to participate, qualifying rounds are held the world over to determine the representatives for their respective countries in the finals. Malaysia will send one representative as part of the Southeast Asia team, which is completed by one rider from Singapore and Thailand, each. (Read more in our previous posting here.) 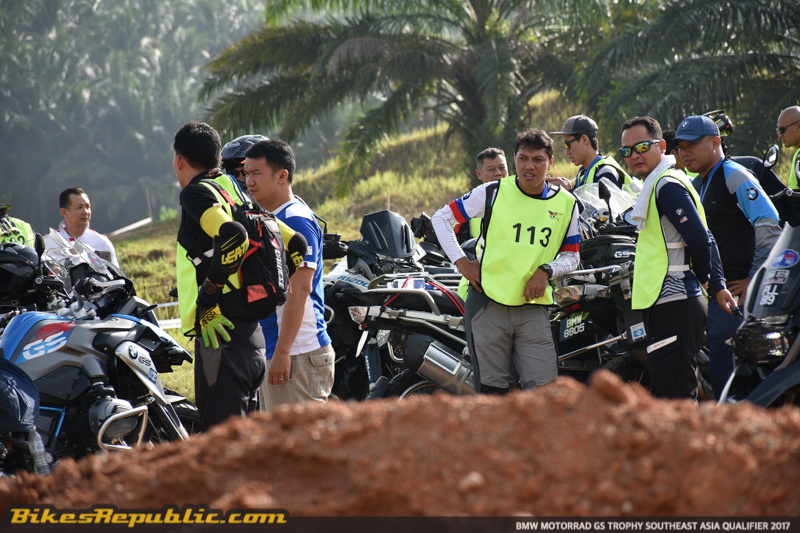 The Malaysian and Singaporean qualifier is special this year, as it is the first time to be held on Malaysian soil. However, the challenges were markedly tougher and varied this time as it was held at the wide-open Sepang Motocross Track, compared to the limited space of the BMW Motorrad Enduro Park in Bangkok, Thailand. 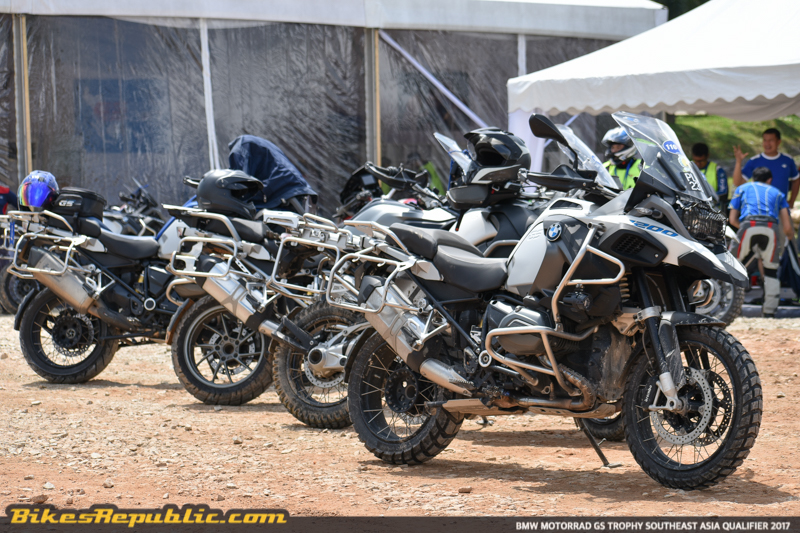 While the GS Trophy qualifies as a form of motorsport, it isn’t a motorsport in the traditional sense of the word – blatting around a track at high speeds isn’t the main objective of the GS Trophy. 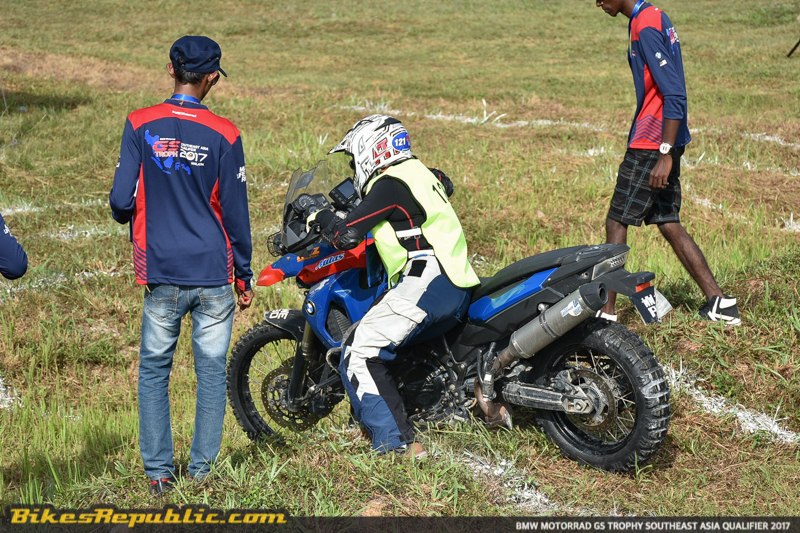 The GS Trophy on the other hand, is about motorcycle control, skill, teamwork, and rider knowledge and IQ. Additionally, it’s also about building camaraderie among the GS owners. But most of all, it’s about self-discovery as the participants pushed themselves to and sometimes over their personal limits. The GS Trophy was based on a BMW Motorrad executive’s harrowing experience while riding through a Central Asian country, after all. 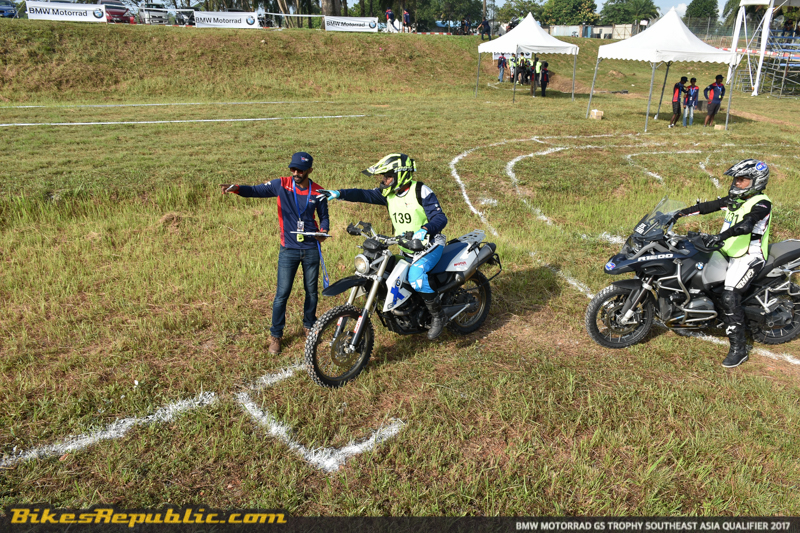 So what it came down to was how a GS rider would combine his skills and instincts with the specific and unique attributes of his GS to overcome obstacles, challenges, crashes and breakdowns in difficult environments. 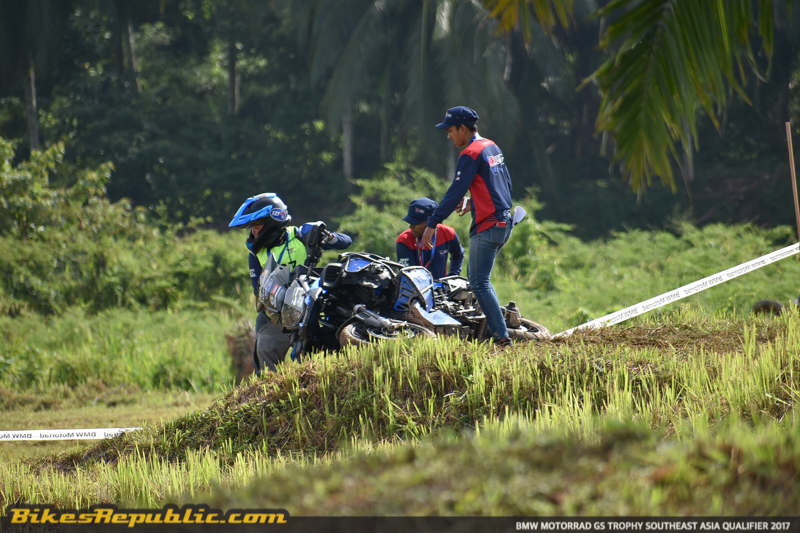 A great example of extracting an “downed” R 1200 GS was in the “Team Challenge.” Teams of four first ran through a drain tunnel, then up a hill to retrieve the R 1200 GS parked there, before pushing it down into a muddy ravine. They needed to work together to extract the bike from the glue-like mud, and lastly pulling it up a steep slope to complete the challenge. Best time wins. 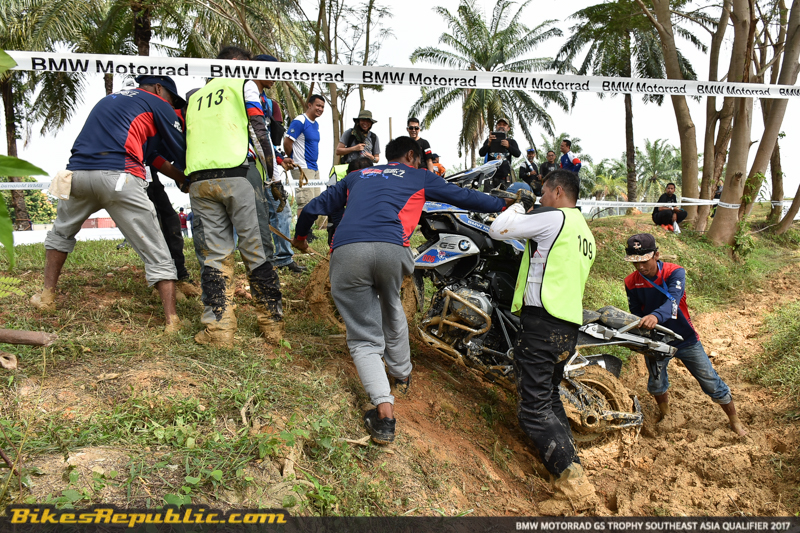 Riders were also thought to trust their instincts in what we personally called, the “Star Wars Test” (officially known as the “Blindfold Riding” test). A cover was pulled over the rider’s eyes, onto which he wore his helmet. Afterwards, a helmet bag was placed over the entire helmet. The rider literally rode blind, trusting only his instincts to keep his bike within the confines of a straight track. Your eyes deceive you, trust in your feelings, use The Force. A reference to Star Wars, is accurate, don’t you think? 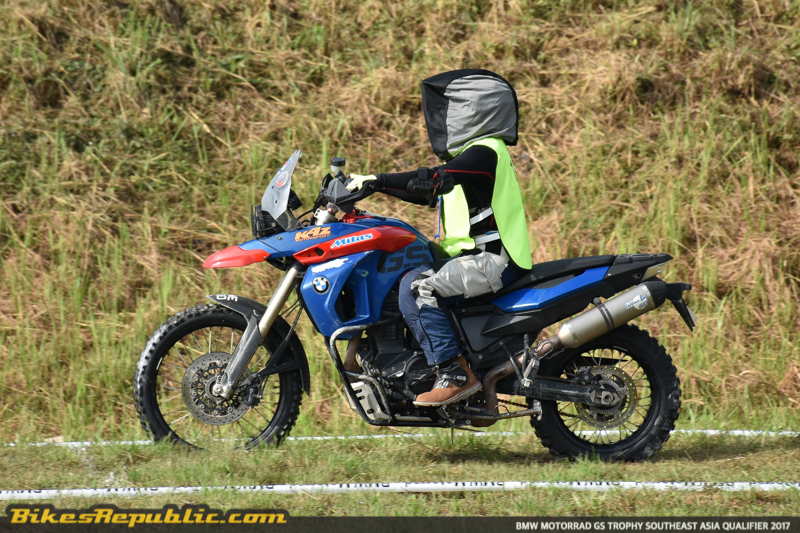 If that’s not tough enough, there were still slaloms, narrow planks, vicious downhill zig-zags and navigation tests, besides strength and skills tests, such as picking up tyres and repairing a puncture to complete. 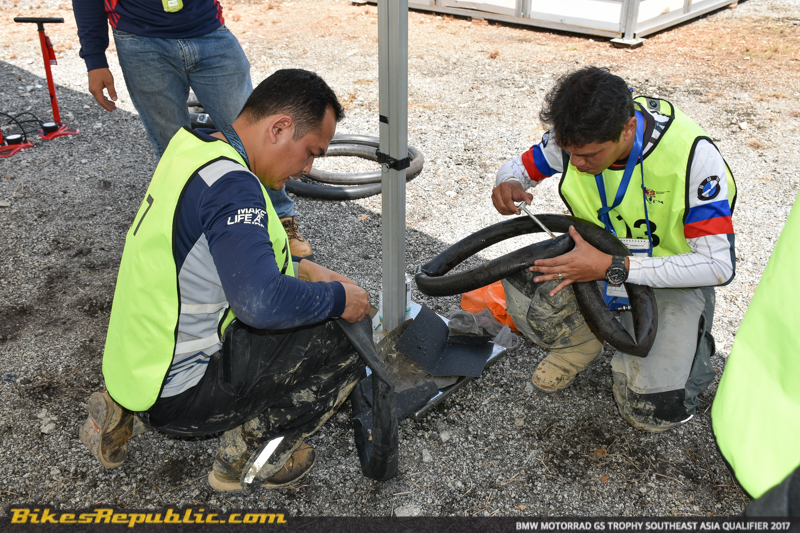 There was even a “knowledge test” which consisted of questions on trivia, history and technical specifications of BMW’s motorcycles right after lunch, when the participants’ stomachs were still full. The participants were made to drop their phones on a heap in the middle of the table before the exams commenced. No Professor Google, sorry. 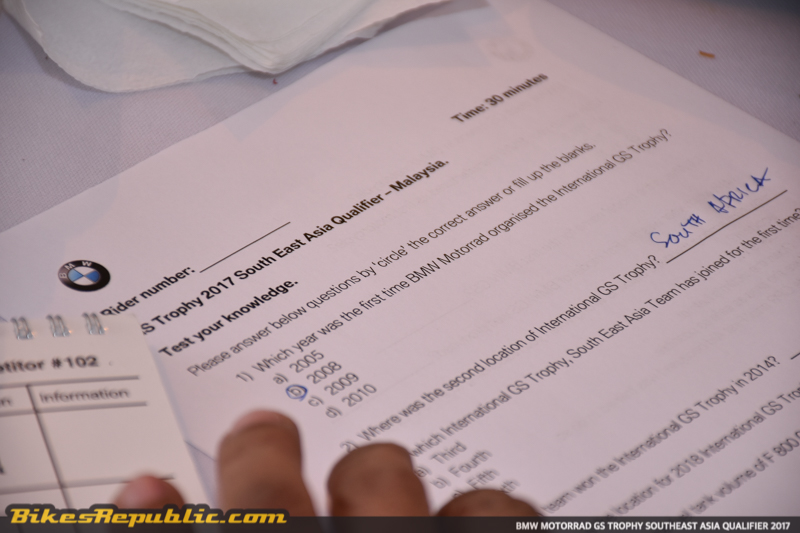 In all, there were 11 tests of varying degrees of difficulty: 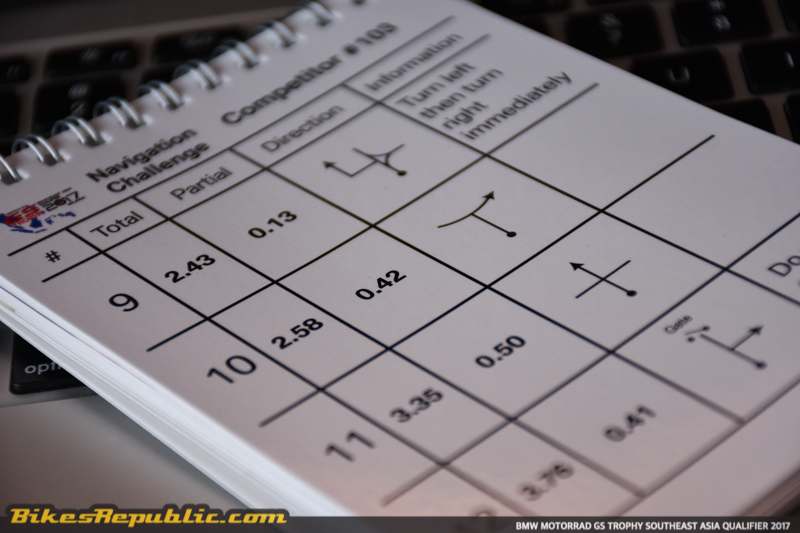 The day got much hotter and humid in the afternoon. While we journalists and photographers were feeling the effects of the heat, we could only stare in respect for these guys and gal who slogged it out in their full riding gear, perched over a hot motorcycle. 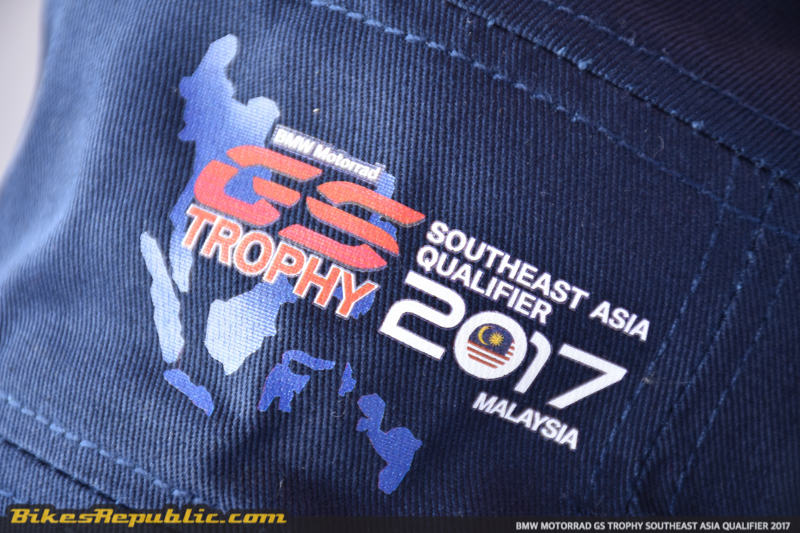 At the end of the first day, the 10 who qualified for the next round tomorrow (Sunday) were:

These ten finalists from Day One will go on to another round of selection tomorrow (Sunday) where only the Number One qualifier represents Malaysia in the Southeast Asia Team. The Top Three Singaporean riders will then go on to the final qualifier in Khao Yai, Thailand from 1st to 3rd September, to select the sole representative.

The sole lady participant, Khaizatu Akmar, from Malaysia will go on to compete with the Thai female riders to represent the Southeast Asia Female Team. 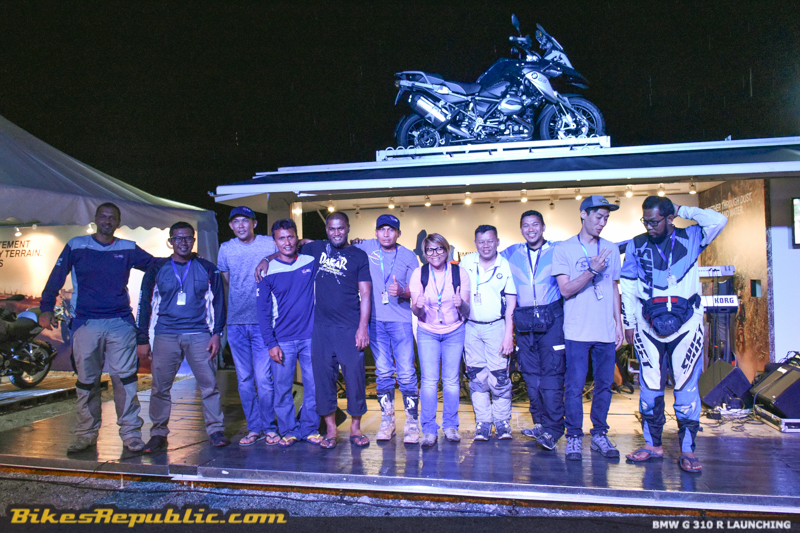 Tune in tomorrow (Sunday, 13th August 2017) for more of our coverage of this exciting and unique event, on a reconfigured track and different set of tests. 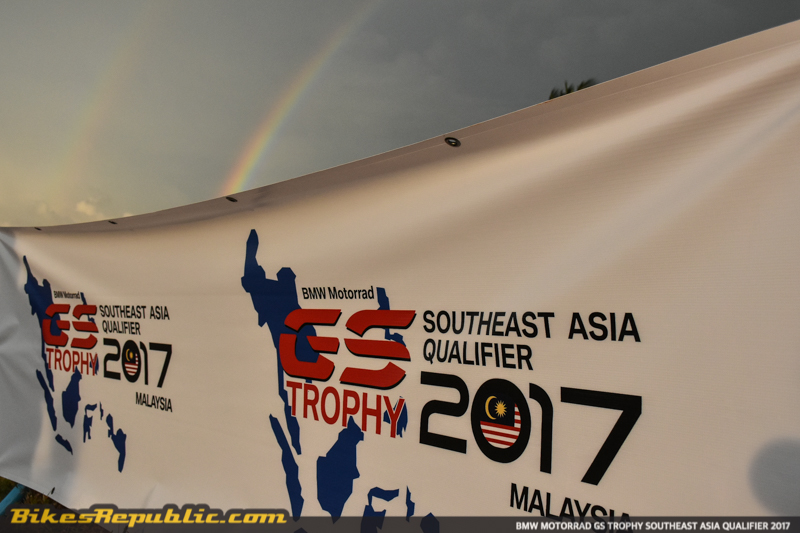 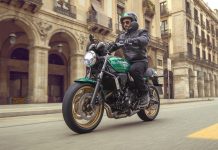