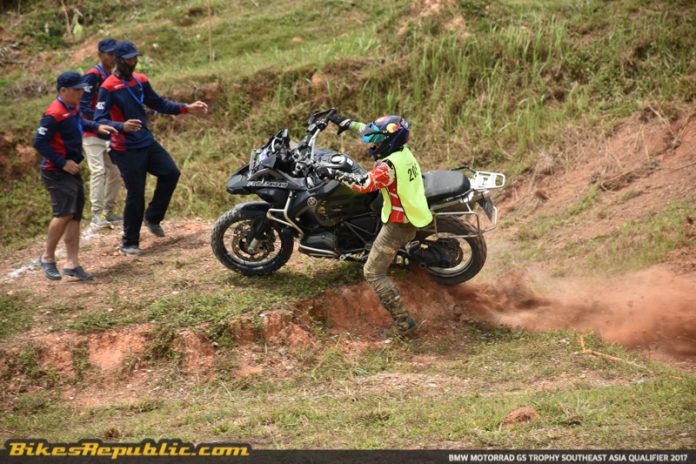 Day of intense competition to select the sole Malaysian representative.

A Malaysian female rider will compete for a place in the female team in Thailand.

The preliminary selection for three Singaporean riders was also concluded. 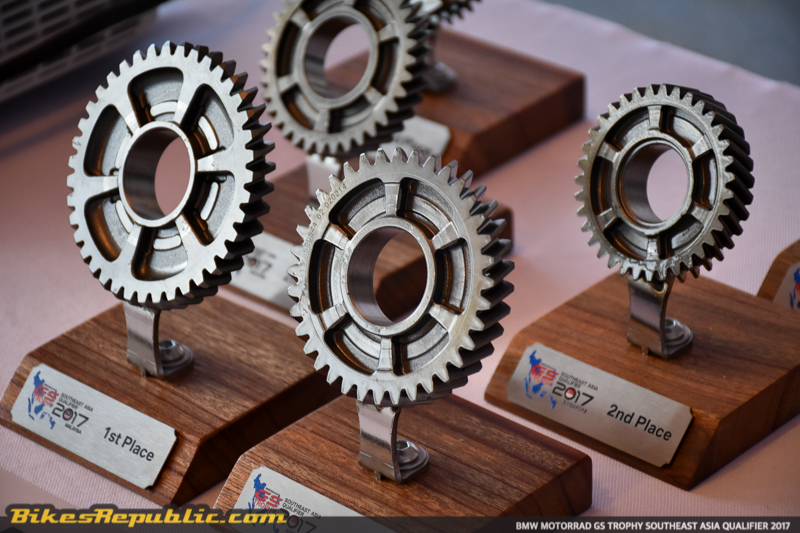 The ten finalists from yesterday (Saturday, 12th August 2017) competed for the sole coveted position to represent Malaysia as part of the Southeast Asia Team, in the International BMW Motorrad GS Trophy 2018 in Mongolia. (You can read more about Day One’s proceedings here.) 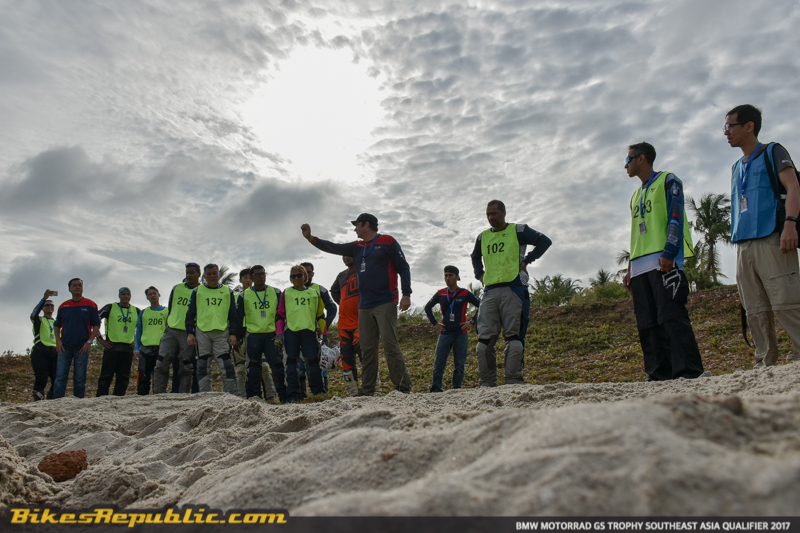 While the selection was held on the same grounds as the day prior, the Trophy Coordinator and Malaysia’s 2016 GS Trophy representative, Faisal Sukree have laid out different challenges and tests for the participants. Furthermore, instead of awarding a certain number of points, the scoring system was replaced by binary scoring. It was either 1 or 0 point for each test or section of the track. Yes or no. Passed or failed. 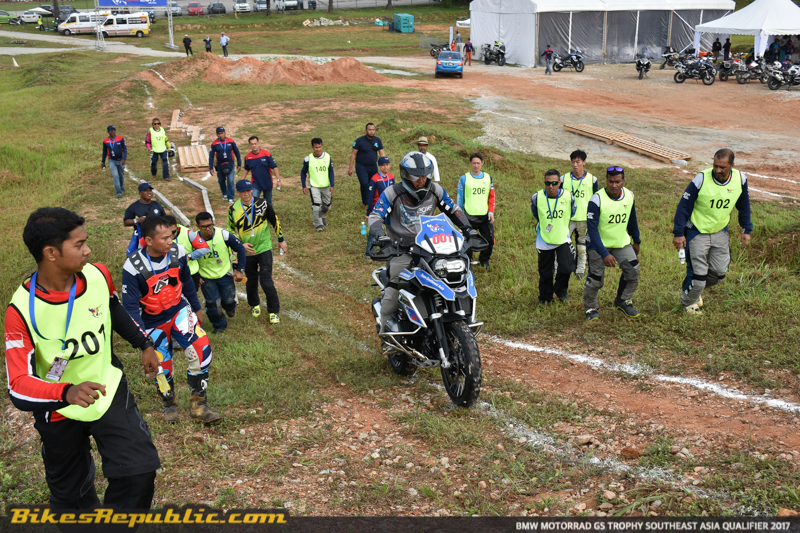 Additionally, the finalists now rode on standard GS Trophy-liveried R 1200 GS LC, instead of their own motorcycles as opposed to the first day. This was done to familiarize them to the very bikes used in the finals. 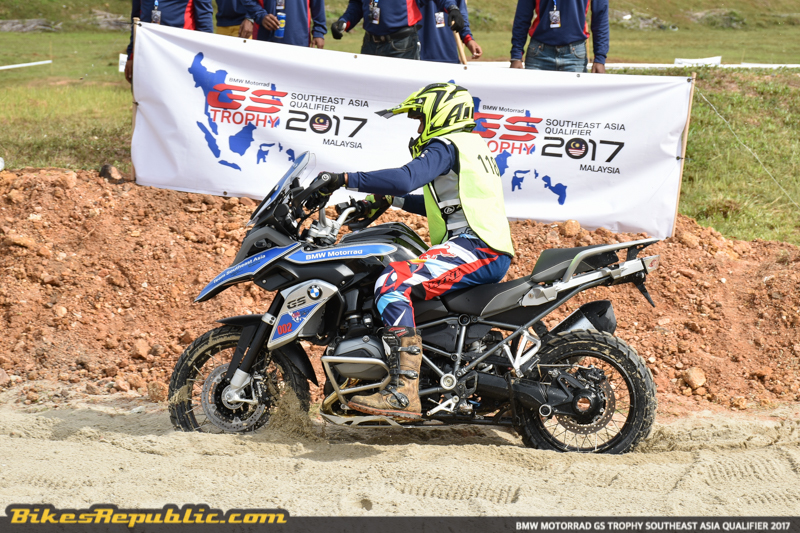 The GS Trophy’s hallmark Clutch Control Test made its appearance today. Participants had to get off the bike, hold the left side of the handlebar with one hand, click the motorcycle in gear and slip the clutch to rotate the bike around 360 degrees. Touching the bike with any other part of the competitor’s body is prohibited. This test simulates the rider’s ability to get the bike rolling in the event he broke or dislocated his right arm. 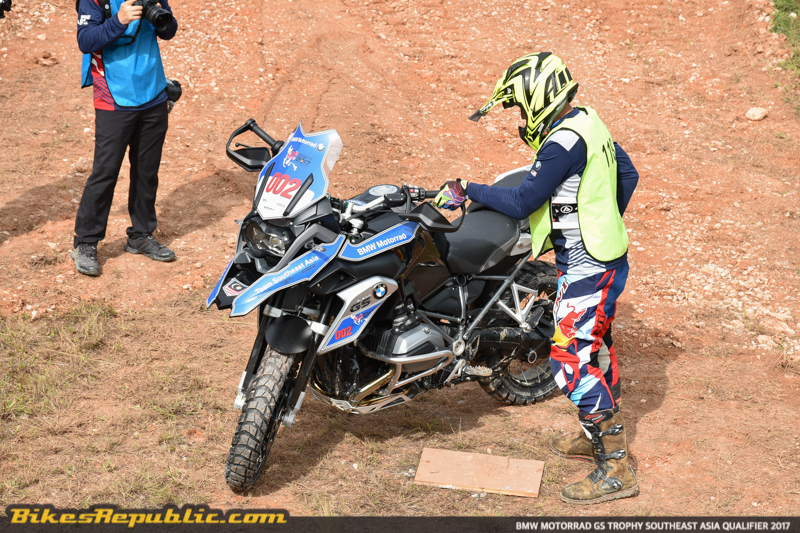 Another tough test was “The Garage.” Participants had to maneuver their R 1200 GS in a tight box filled with cones. Superior motorcycle control at crawling speeds was the main objective. 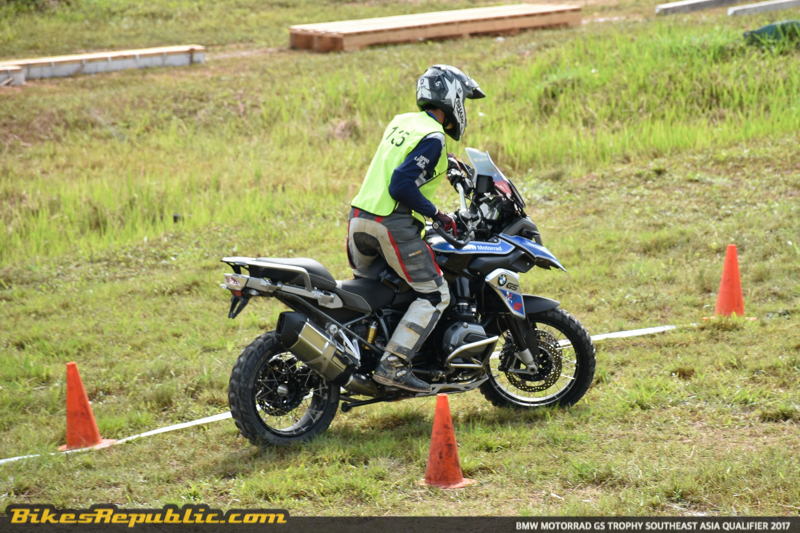 A deep soft sand section and a water crossing were also added to the track. 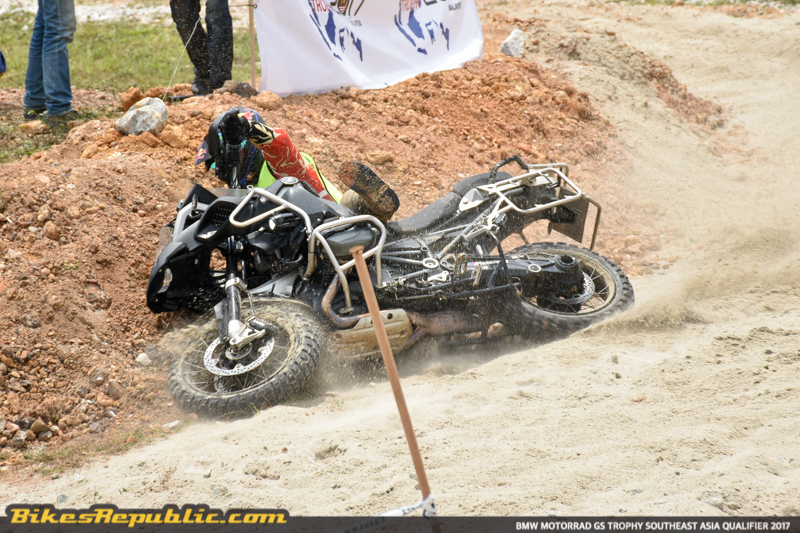 One more aspect of the GS Trophy showed itself today. It was the rider’s ability to perform under extreme pressure. Relaxed riding skill sets were beset by the case of nerves as many riders found themselves making uncharacteristic mistakes, hence the many crashes and get offs. No one was hurt, fortunately. 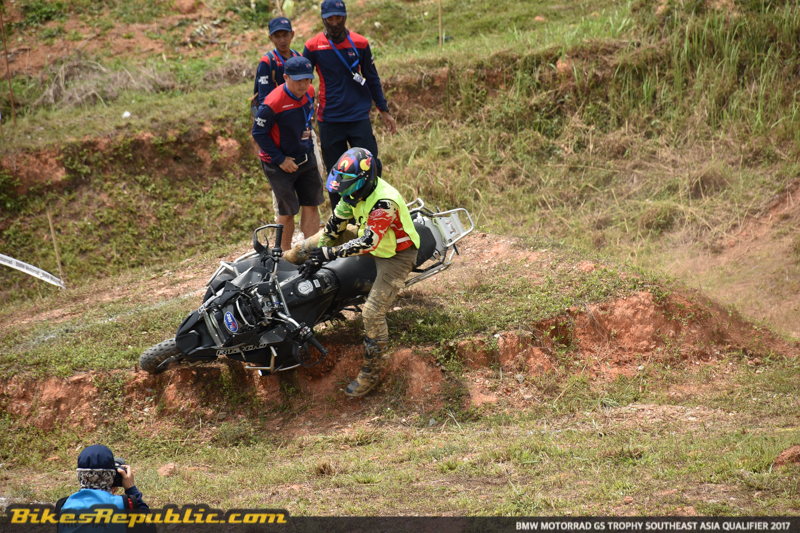 Although the results had been tabulated by lunchtime, there was a 4-way tie for second placing, so those specific competitors had to rerun the course, and it was mistakes that played the deciding factor. 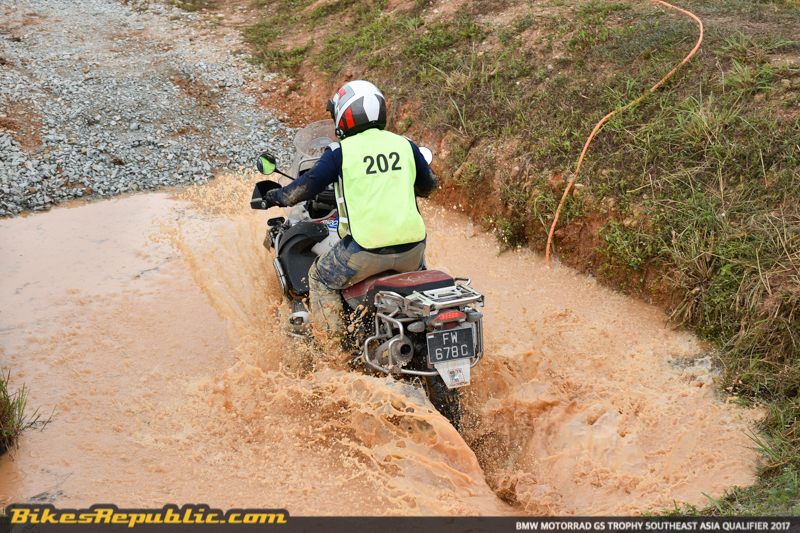 In the end, riders who had finished up the order in Day One found the tables had turned on them. Mohd. Apis Bin Sagimin, who had finished in 9th place on Day One became the top finisher instead. Top Day One finalist, Wan Harith Wan Taqiyuddin Bin Wan Deraman finished in second, while the third placed finalist from Day One, Ghazi Fawwaz Bin Md. Arif completed the podium positions. In fact, Mohd. Apis himself was surprised by the results. 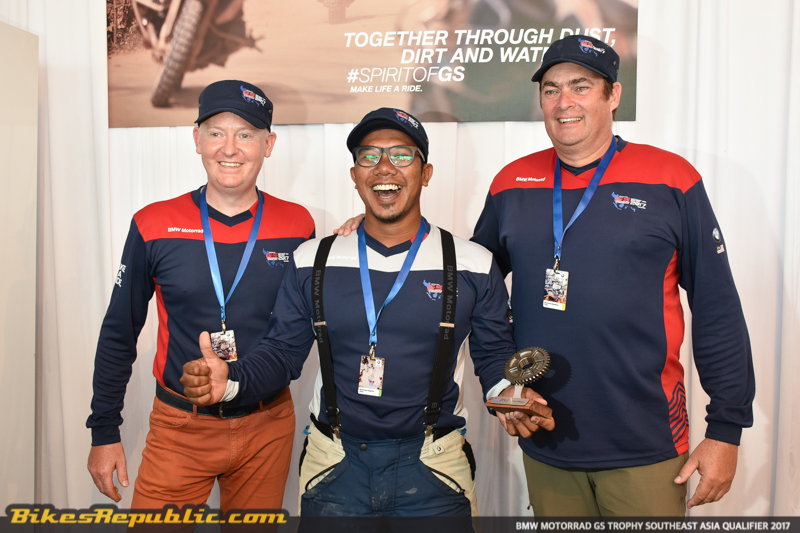 Day Two also saw the preliminary qualifying round for Singaporean riders. A total of six riders showed up in the early morning, having ridden from Singapore the day before. Three finalists qualified at day’s end for the final qualifying in Khao Yai, Thailand in September. 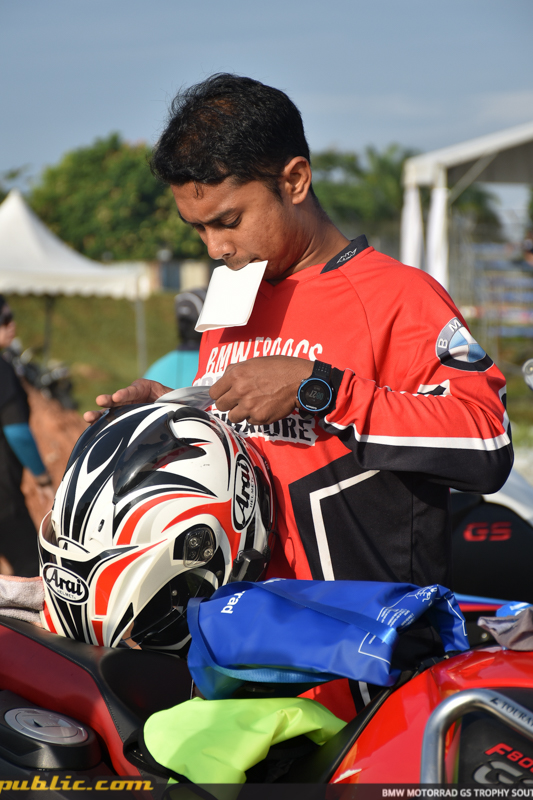 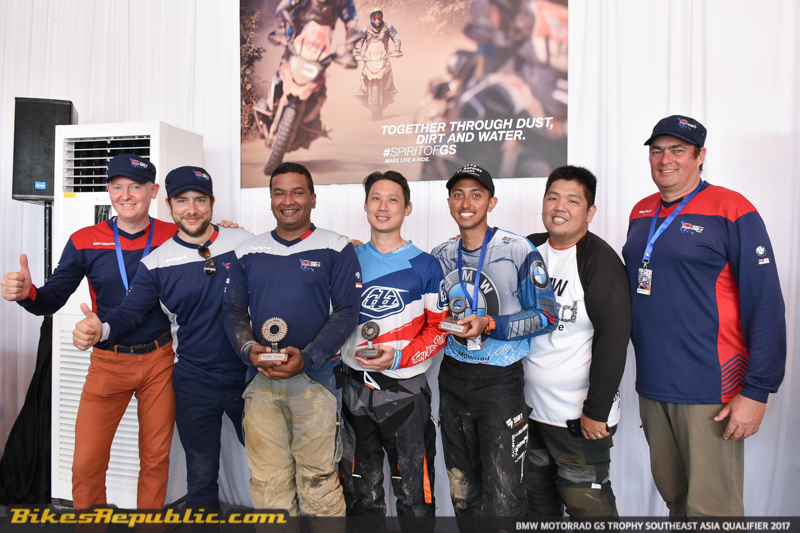 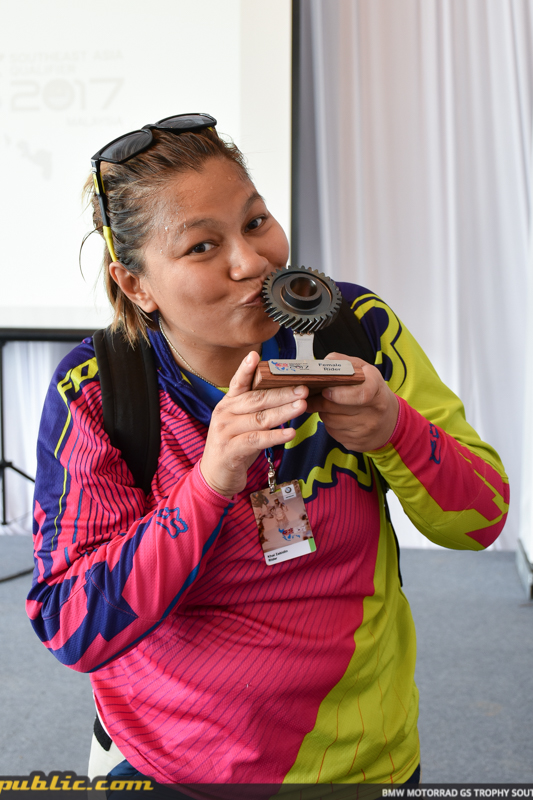 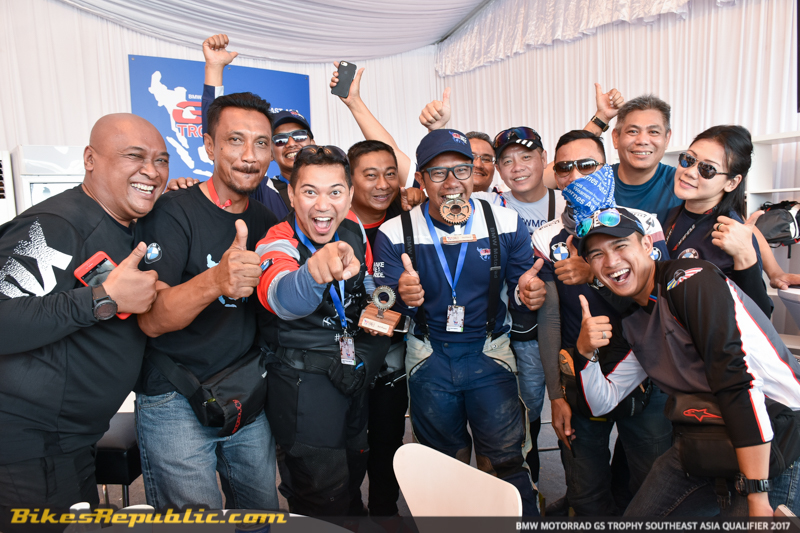 Stay tuned for our continuing coverage on the BMW Motorrad GS Trophy.