Every few years BMW Motorrad will awe the world with an engineering masterpiece, and it has officially done so again with its latest piece of engineering marvel, the BMW HP4 Race. 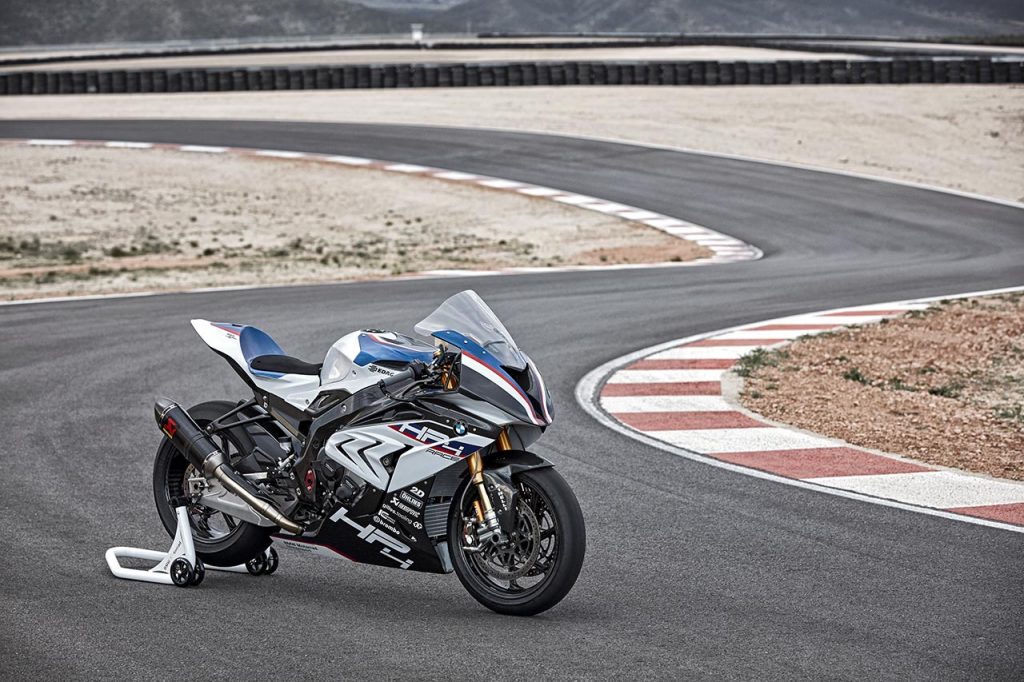 In its official press release, BMW says that the HP4 Race presents a purebred racing bike that is limited to just 750 units. Each one individually crafted by a small, highly specialized team, ensuring the highest level of quality. 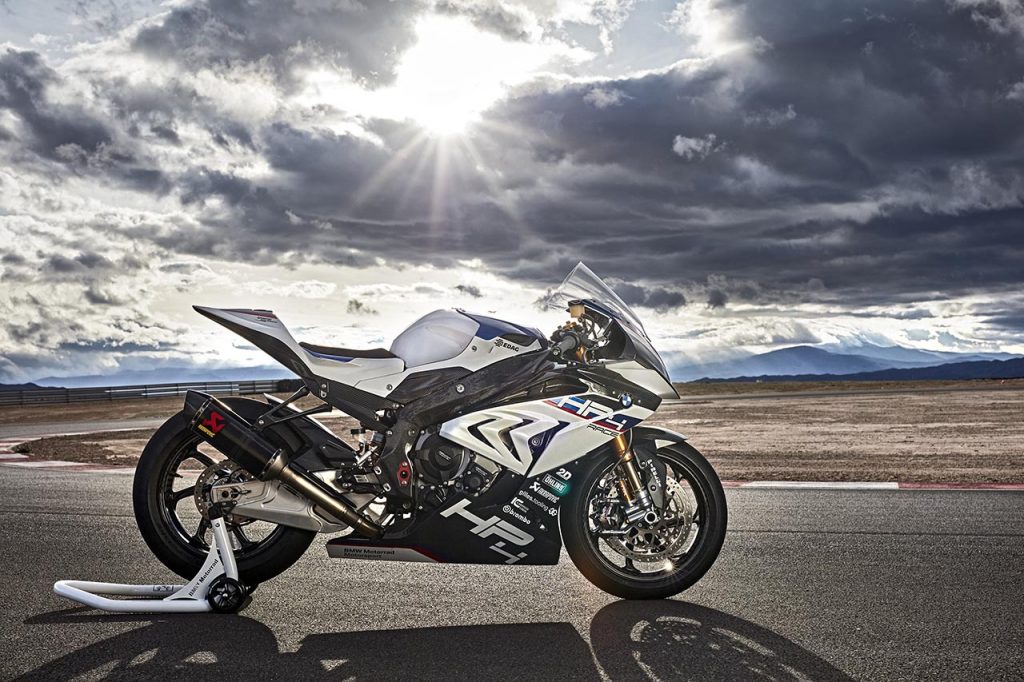 The engine powering the HP4 Race is in the same category as the current super bike factory racing machines. The suspension of the HP4 Race is said to be even better than the race machines with its carbon fibre frame. 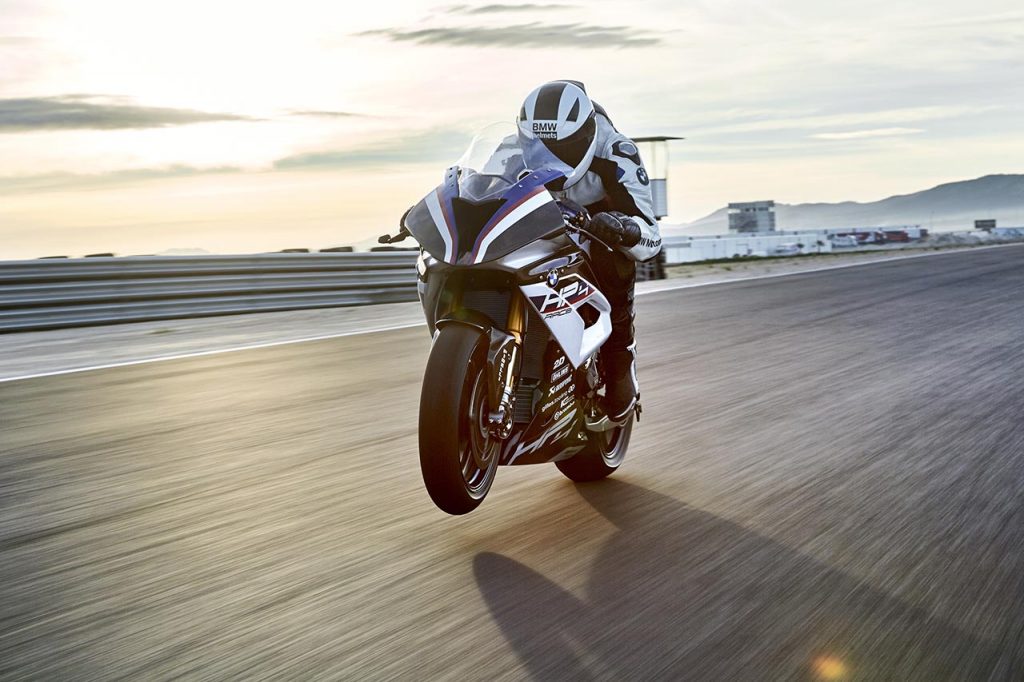 Weighing in at just 171 kilograms fully fueled and road ready, the HP4 Race is even lighter than the factory racing bikes currently used in the Superbike World Championship, and is only slightly heavier than MotoGP race bikes. 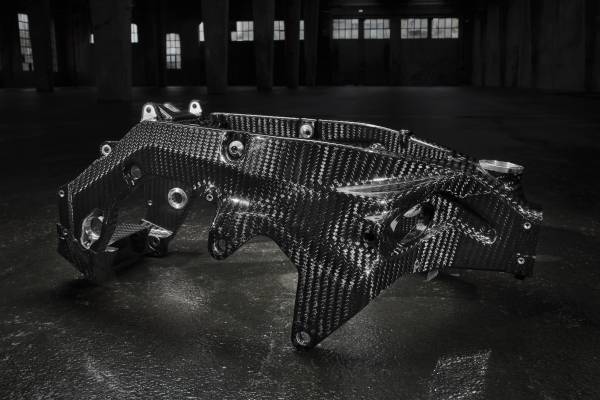 With the HP4 Race, BMW Motorrad has become the first motorcycle manufacturer in the world to present a main frame made entirely of carbon fibre, and weighs just 7.8 kilograms. The front and rear wheels are also made of this high-tech material, making the wheels 30% lighter than alloy forged wheels while retaining a deliberately rigid design. 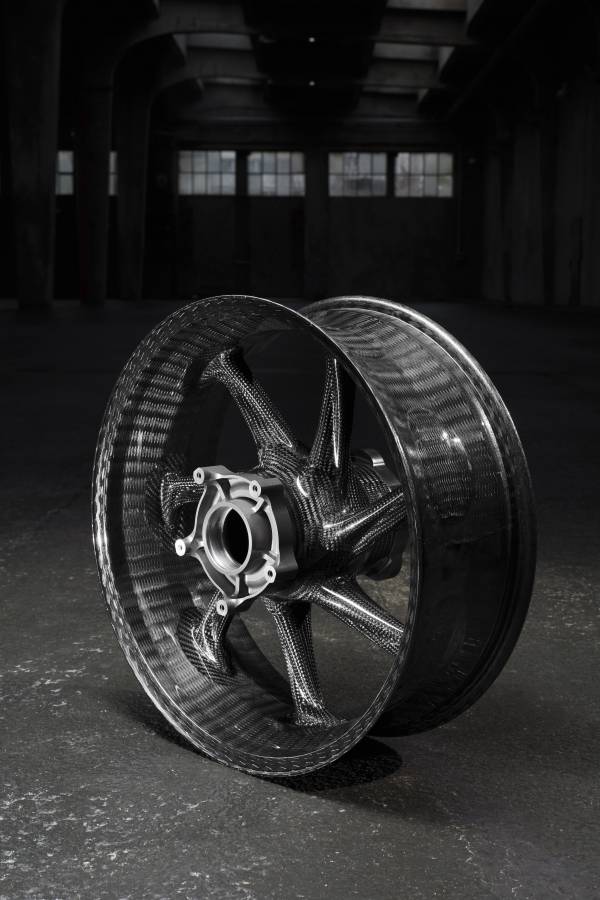 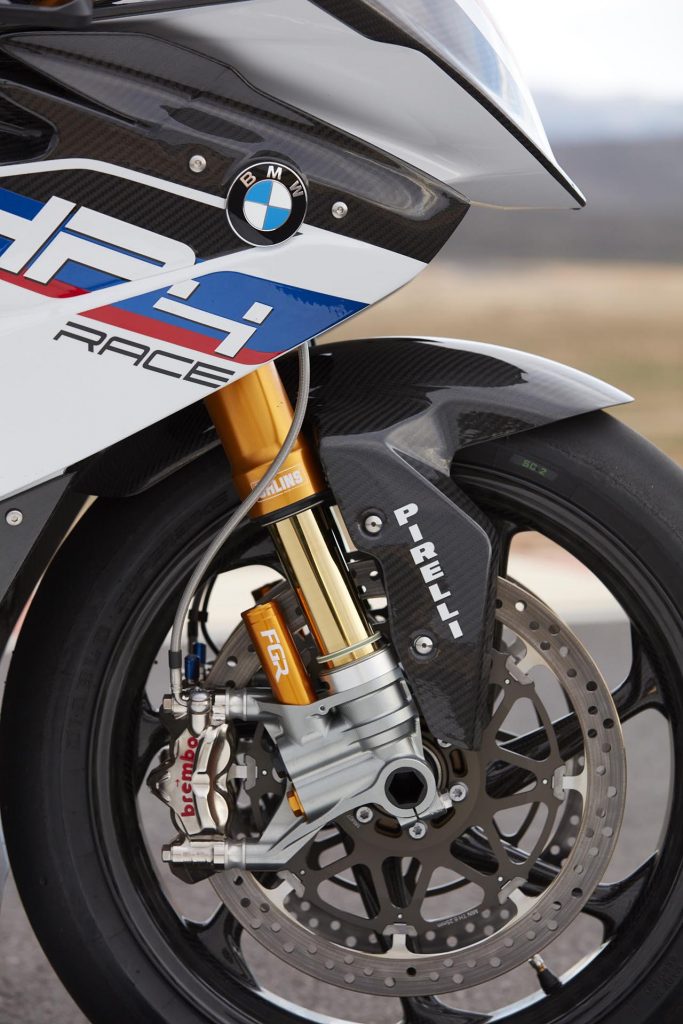 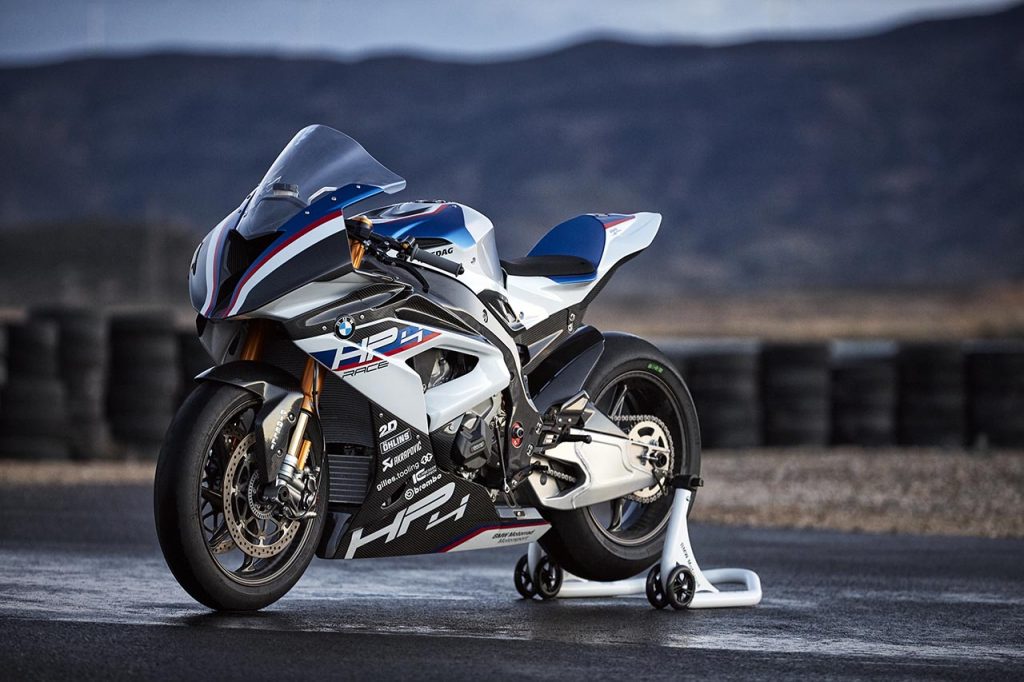 The engine of the HP4 Race is a masterpiece by itself. It is a purebred racing engine similar to specifications 6.2 and 7.2 as in the Endurance and Superbike World Championships. Peak output is rated at 215hp at 13,900 rpm while max torque is rated at 120Nm at 10,000rpm. Max engine speed has been increased as compared to the engine of the S1000RR from 14,200rpm to 14,500rpm. The gearbox is a six-speed close-ratio racing box with optimized transmission ratios and various secondary ratios. 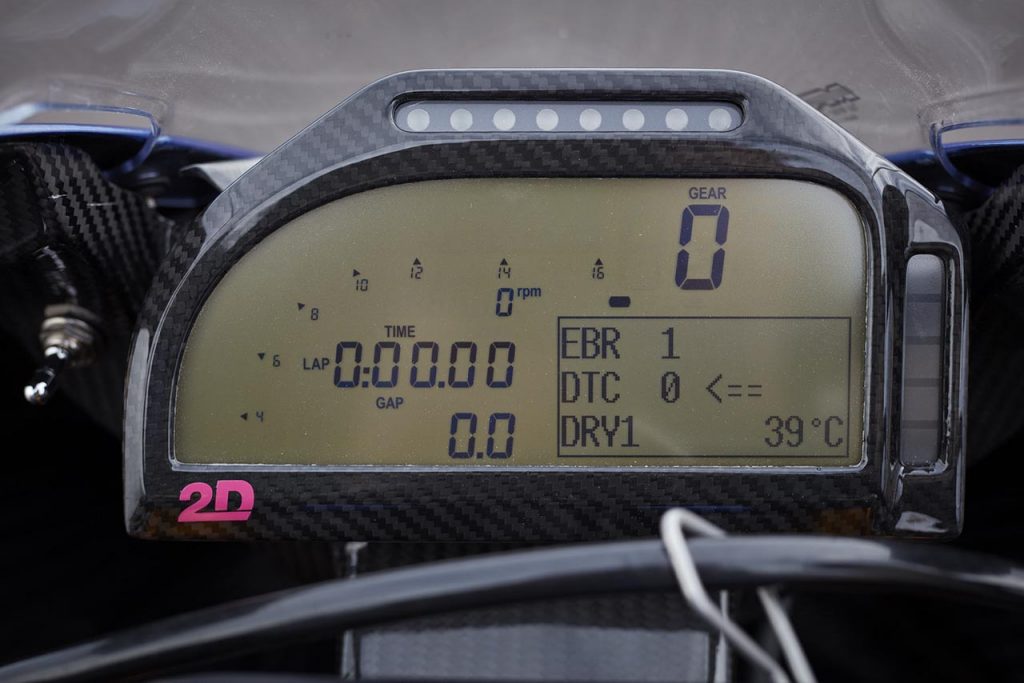 Naturally, the HP4 Race comes with an extensive package of electronic control and assistance systems as well as weight-optimised on-board electrical systems, optimized to meet racing needs. All information is displayed on the 2D dashboard with transferable data memory. 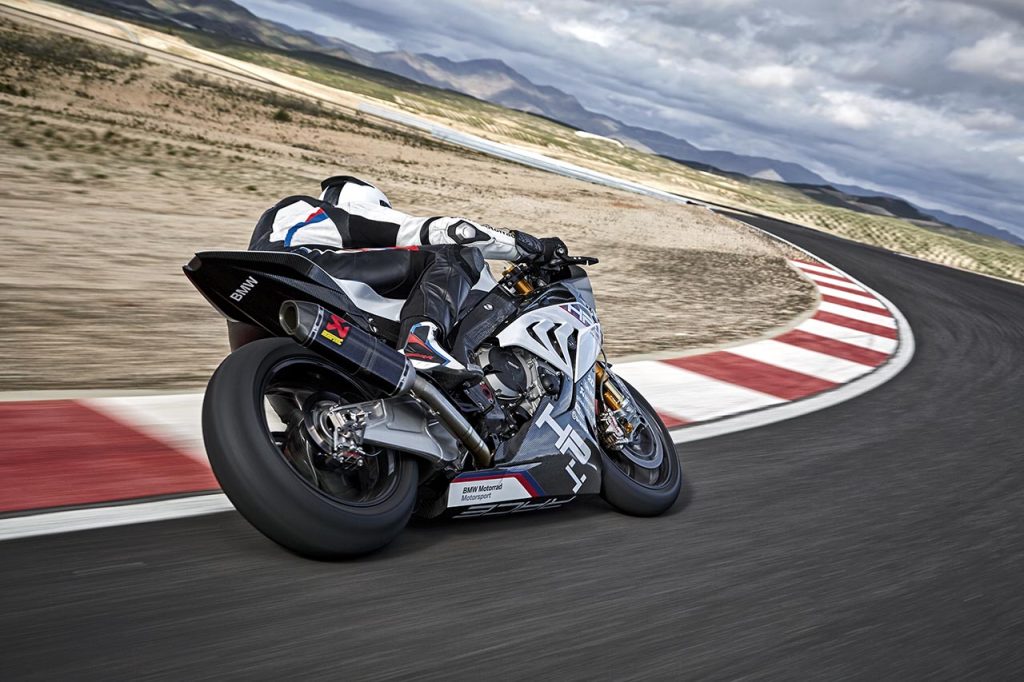 Set-up of the bike can be customized for different track layouts and road surface conditions, and this is provided by the audibly perceptible Dynamic Traction Control which is controlled by ignition cut, engine brake EBR and Wheelie Control. All of these can be manually programmed for each gear according to rider preference, allowing optimum use of the enormous riding dynamics potential offered by the new HP4 Race. 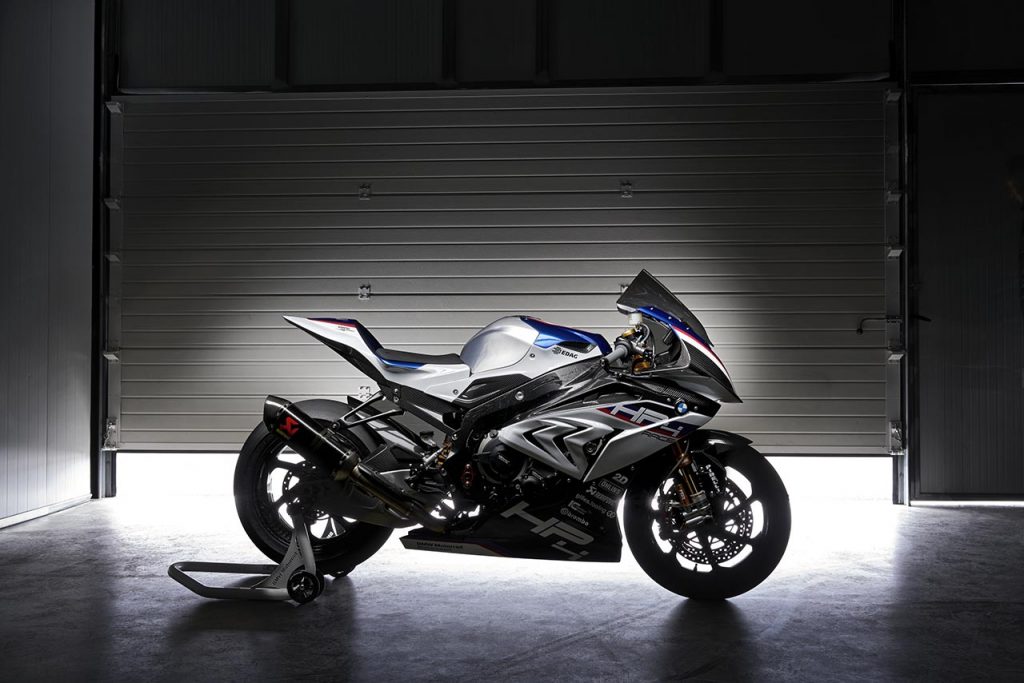 Other electronic features are the Pit Lane Limiter and Launch Control for perfect race starts. 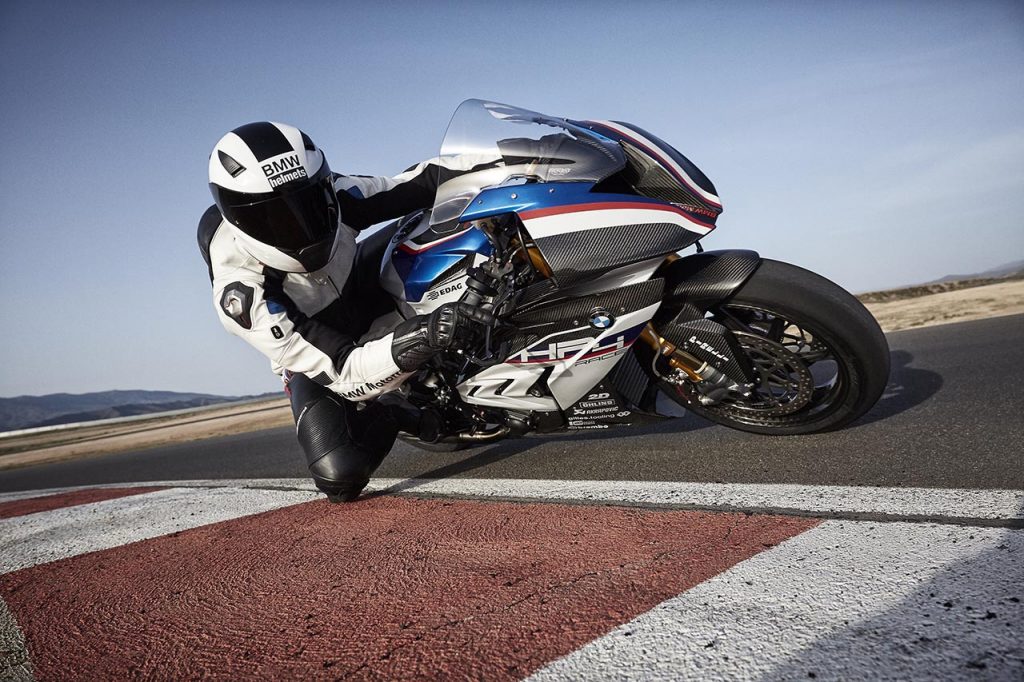 The extensive use of carbon-fibre extends from the intake silencer cover and the seat hump, while a hand-brushed aluminum fuel tank seals with a clear finish underscores the bike’s racing look.

The HP4 Race is priced at 68,000 British Pounds, and that translates to RM383,395 based on today’s exchange rate before taxes. 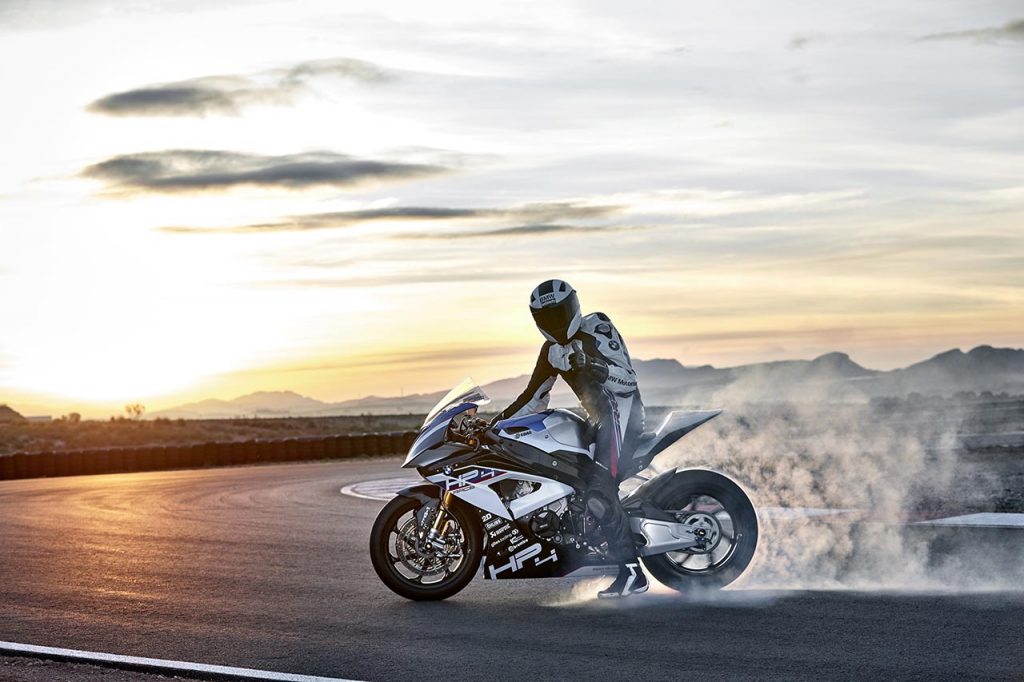 An overview of the highlights of the new BMW HP4 RACE: