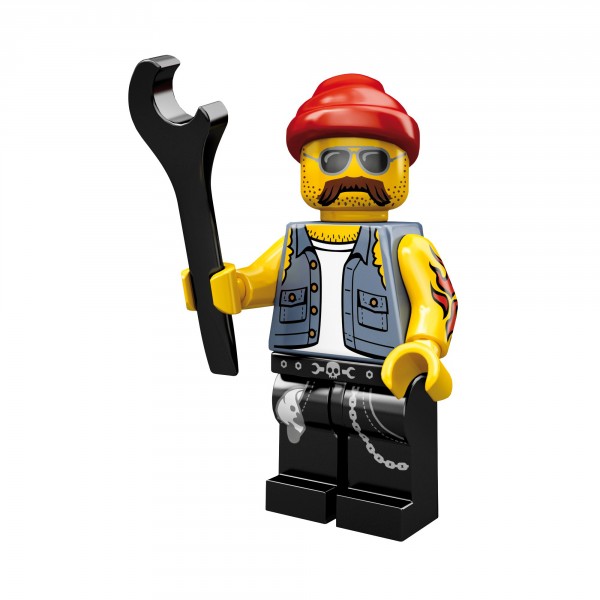 All of us appreciate good mechanics but there are also downright horrible ones out there. Whether they’re improperly trained or just indifferent, we’ve had our fair share of bad ones through our long riding experience.

I love Italian and French food, and have an equal fondness for Italian and French motorcycle products, including engine oils. On this one occasion, I decided to go French, thereby opting for the Motul 300V Factory Line 5W40. It had cost me more than RM 130 per 1-litre bottle in 2006. Let’s pamper the bike a little. 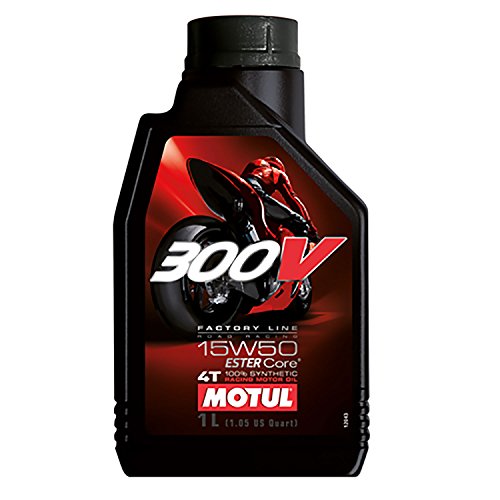 After draining the oil incompletely because he never stood the bike straight up the entire time, the mechanic went ahead to start the engine and gave it full throttle immediately (rather than letting it idle first). A fountain of brownish-black liquid shot straight up the left side of his body and onto the workshop’s walls and ceiling.

He had forgotten to recap the oil filler.

Now he screwed the cap back on but he didn’t even bother to wipe the oil off, nor did he replace the oil that had sprayed out. Instead, he yelled to his supervisor, “Tukar minyak, siap (Oil change done)!” And you know what, the supervisor didn’t check and turned to me to say it’s done. 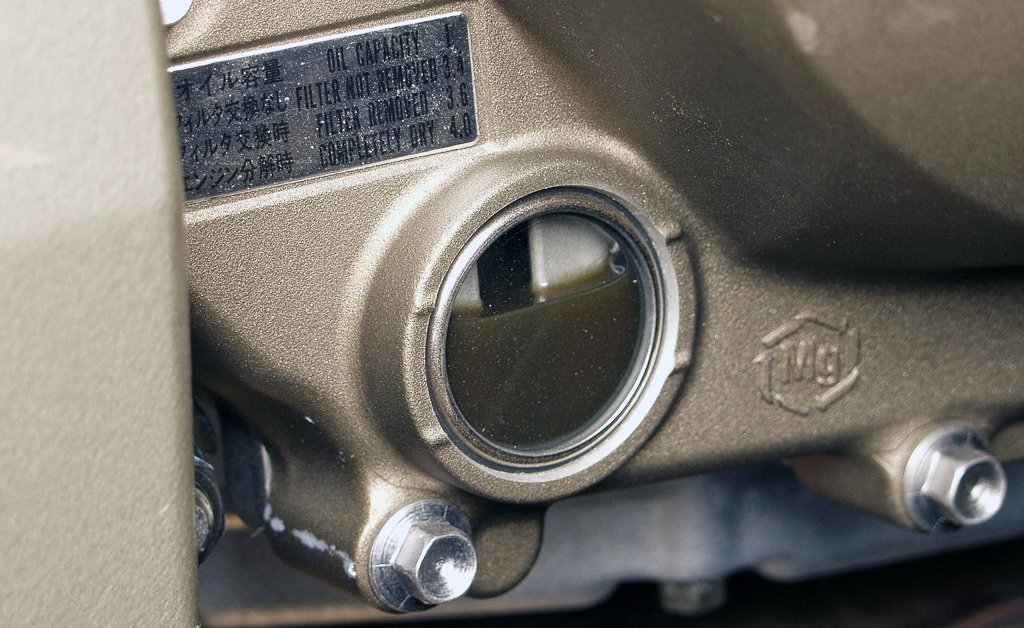 That’s not all. My bike needed 3.6 litres thus there should be enough to top up. “Mana itu minyak lebih (Where’s the extra oil)?” I enquired. He went back into the workshop, came back and reluctantly handed over an unopened bottle. “Apasal ini botol tarak bukak? Pon tak kasi balik (Why isn’t this bottle opened and why didn’t you return it to me)?” I yelled this time. “Dah cukup mah (Because it’s already enough)!,” he actually yelled back.

Well, of course it’s enough before the magical appearance of fontaine de Motul, because he hadn’t drained all the oil. In fact, the supposedly “new” oil looks all black! Why didn’t he inform me about the last bottle? Because he must’ve wanted to keep it for his own use on my expense.

The Senior Technician at the authorized workshop got it done and handed the bike back to me. “Please allow 300 to 500km for the new pads to bed in,” he advised. 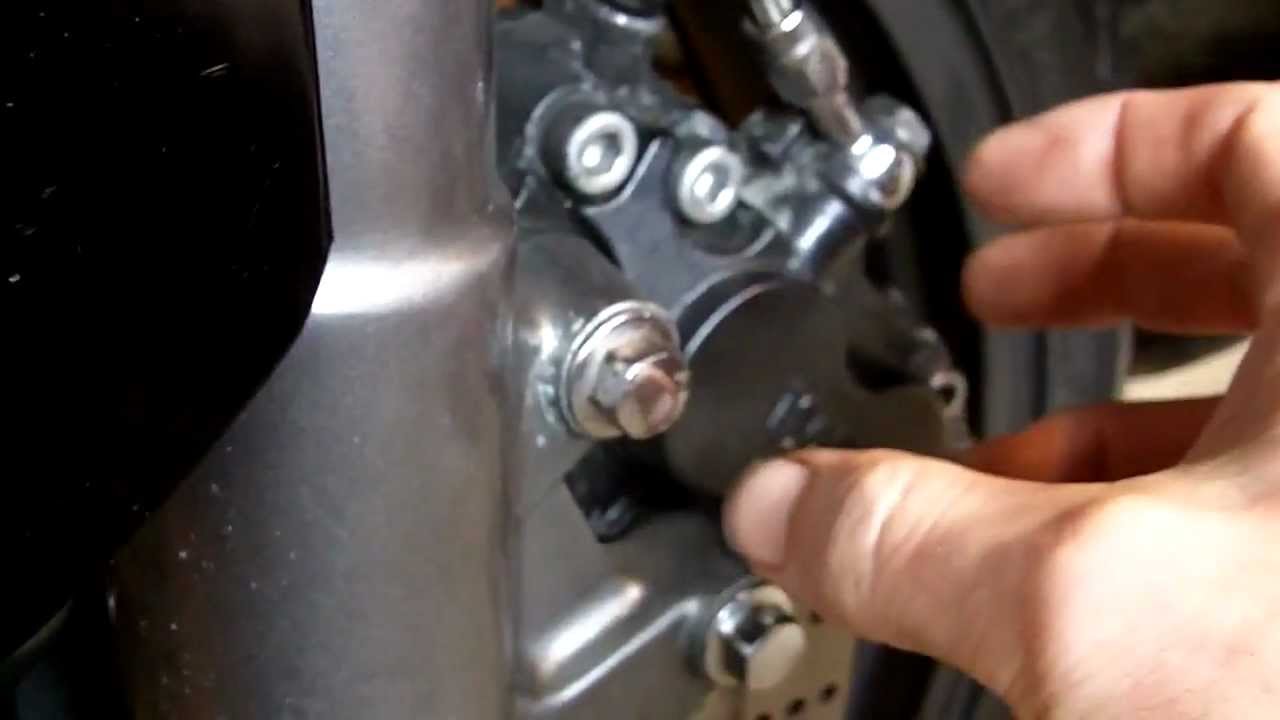 Out onto the main road, I came upon the first set of traffic lights. The brakes gripped but the front lurched ahead a little with a loud CLUNK. I pulled over to the roadside and stopped. Another “CLUNK!”

I got off to inspect the bike and found the front brake calipers had jacked upwards, having pivoted on the top bolts! The bottom bolts and nuts were missing on both sides.

I remembered when the rear end of my Cagiva Mito EV125 seemed to have suddenly collapsed. I discovered that both rear wheel bearings were busted, causing the rear tyre to lean to the left. The cause? An overtightened wheel nut.

A buddy of mine bent the wheel nut spanner supplied with his Kawasaki ER-6n when he tried to loosen the nut to adjust his chain. He had just replaced the rear tyre.

I wonder why some mechanics are so lazy and love to use the pneumatic impact wrench to tighten bolts and nuts (removal is fine). Tightening the fasteners to specified torques isn’t difficult, but my enquiries at one particular workshop disclosed an alarming revelation: “Apa itu tok lench (What’s a torque wrench)?” So, they go on using the air wrench on almost any fastener – KTEK! KTEK! KTEK! 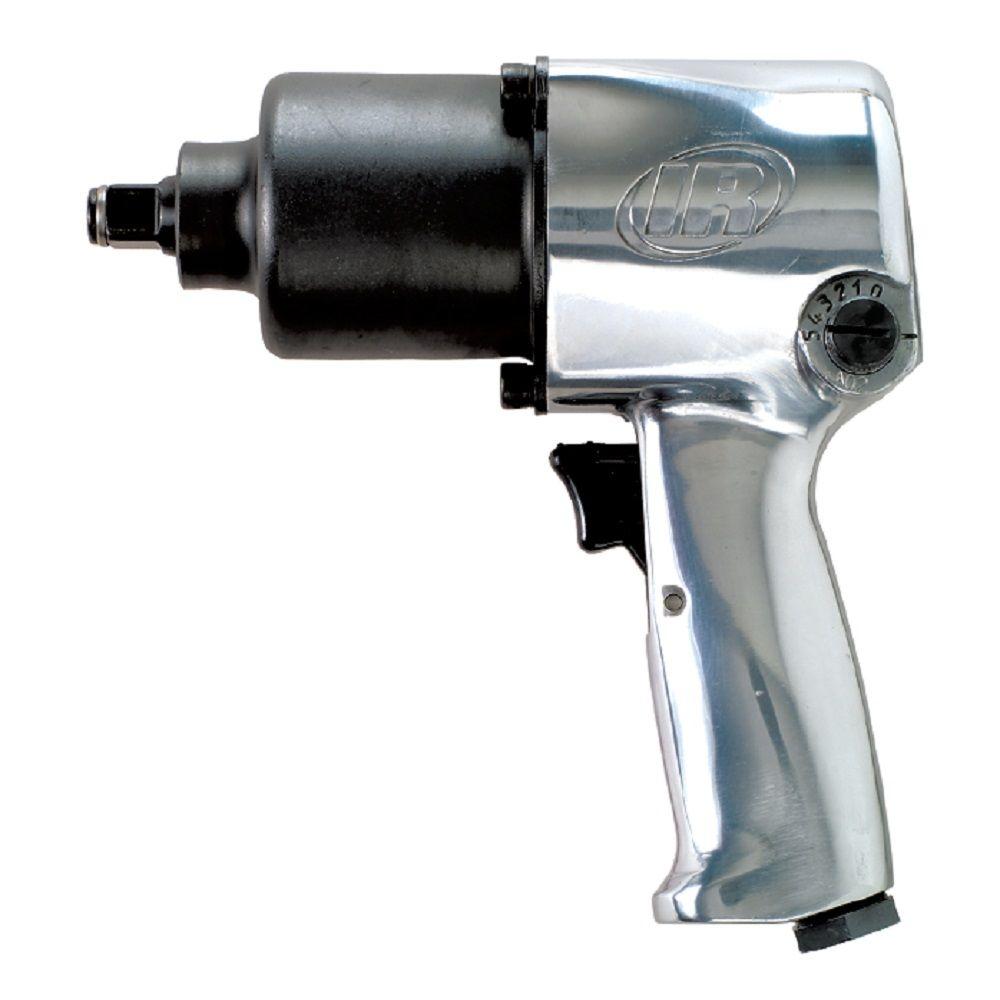 That’s not the end of the story, however, as the bolts/nuts would be so over-torque that even an pneumatic impact wrench couldn’t budge it the next time! They would then continue whacking at it until, congratulations, you’ve got yourself rounded nuts/bolts.

What the…..! Are we riding motorcycles or driving lorries?

I blew the oil seals on both forks on a trip up north and they leaked like overflowed sanitary napkins on the way back, so I decided to stop at a workshop that’s attached to a large motorcycle dealership.

The mechanic got work immediately. Everything went smoothly until he had to remove the bottom bolt to release the damper rod inside. Good workshop practice dictates that he should clamp the fork leg securely in a vice to remove the bolt, but noooooooo. He held the leg by hand then inserted a modified Allen key driven by – what else – the favourite pneumatic impact wrench into it.

The strong twisting force of the air wrench meant that he couldn’t hold on to the fork leg hard enough, so the top of the fork (now at the bottom) danced all over the floor in a circle, deeply scoring the fork cap.

After he’s managed to release the bolts and drain the remaining oil, he took the parts away for cleaning and came back with clean fork pistons. But the damper rods were still dirty, yet he inserted them back into the forks legs anyway, and poured in the oil. Without measuring, of course. 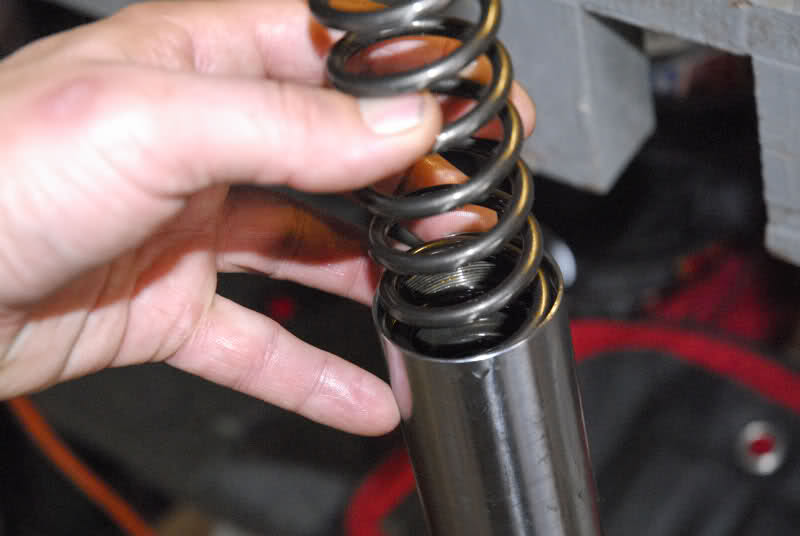 Heck, he didn’t even check for debris when he refitted the seal housings and oil seals.

What a funny guy. I wondered if he soaps only one side of his body when he showers.

6. Into the red zone

When oil is drained out of the engine and refilled, the engine should be started and left to idle for 10 to 15 seconds to circulate the oil. 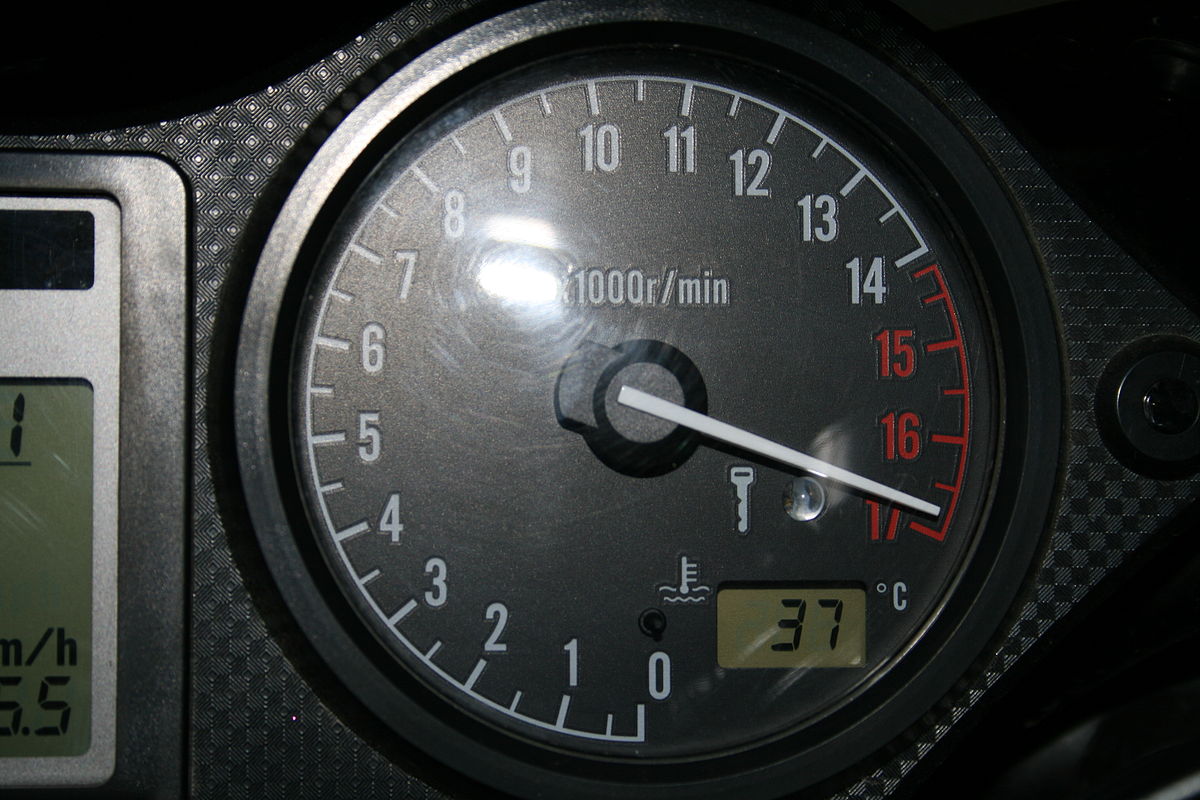 However, I’ve met plenty of mechanics who’d start the engine and rev it all the way to maximum revs right away! No, they didn’t blip the throttle, they just went WFO (wide full open) until it hit the rev limiter.

I wonder how many workshops ever calibrated their gauges. 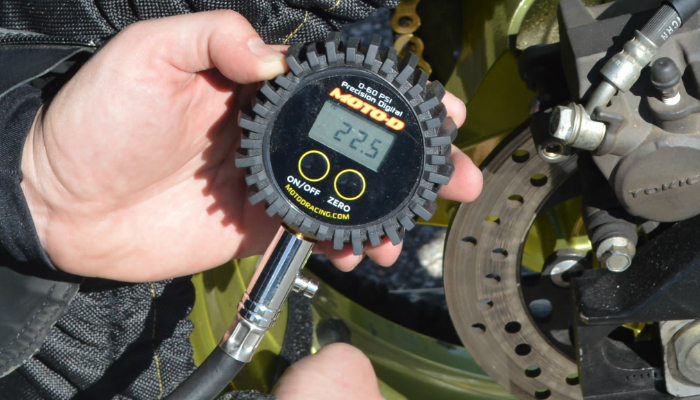 It’s not wrong to inflate new tyres to seat the beads against the rim flanges, but the pressures should then be reduced to the recommended amount. They’d usually leave it as so, but the pressures are always too high even if they did check with their gauges.

Ooops. Battery’s about to “conk,” so let’s get a new one.

At the shop, the mechanic filled the acid into a new AGM battery, sealed it and mounted it into the bike right away. 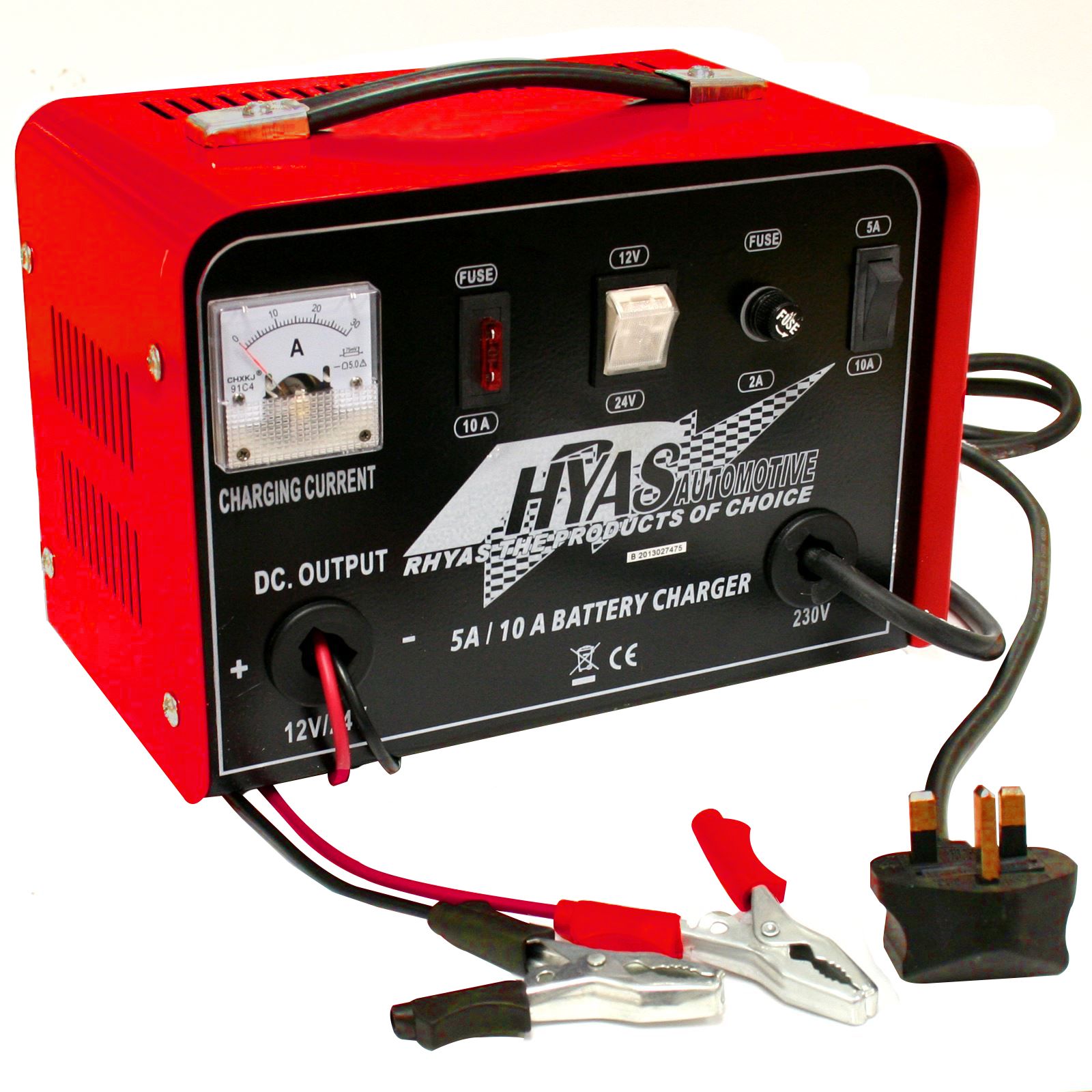 9. It goes the other way

Buy new tyres, happy that your bike will handle great again and that you don’t have be scared witless when it rains.

That’s if the mechanic mounted the tyre or tyres according to the rotational direction. 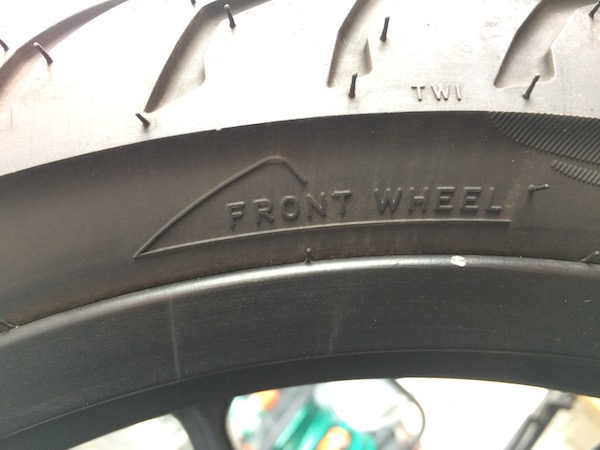 Does it surprise you that I’ve had more than one mechanic telling me, “Talak ploblem punya (It’s not a problem),” run a tyre against the intended rotation direction? When I insisted that it should be remounted, they usually throw a tantrum by brutally prying out the new tyre on a rough cement floor.

I sent my bike into a manufacturer’s official workshop for a recall campaign. The bike was running good, had no issues and was clean. I wouldn’t want to look like an idiot who doesn’t take care of his bike right?

I went to pick it up after a couple of days later. The bike sounded great, was now responsive to throttle inputs and… wait a minute, where’s my voltmeter? I looked down through the fairing’s opening and found it hanging like a roast chicken at the Chicken Rice Shop.

Okay, nevermind. Giving them the benefit of the doubt, I passed it off as maybe the double-sided tape must’ve lost its adhesion properties.

Further down the road, the fairing started flapping in the wind. Hey! They must’ve forgotten to tighten a few nuts on it!

When I got home, my wife opened the gate for me. She ran out and yelled, “Stop the engine!” I did. She said, “Look! The bike’s leaking!”

I peered down to see a pool of radioactive-green liquid. It was the coolant. We pushed the bike into the driveway, trailing Predator blood all the way. My initial thought was that they must’ve overfilled the expansion tank, but to my utmost horror, it was actually coming out of the coolant bleed bolt at the bottom of the coolant pump housing! 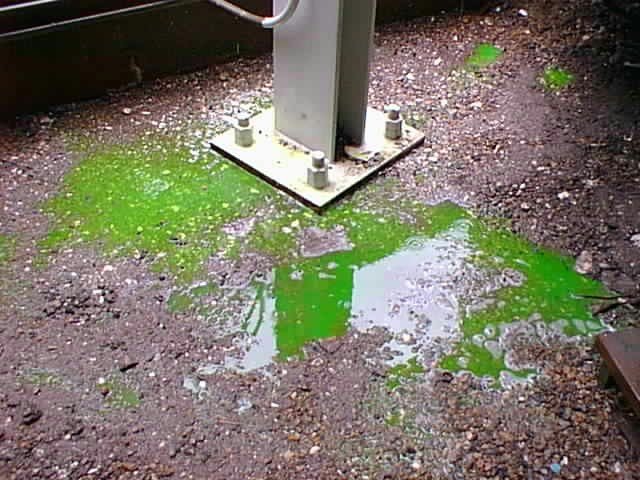 You’d most probably ask why I didn’t “sound” the mechanics when I saw their wrongdoings. Truth is, I’ve done that plenty of times before and most of them retorted, “Lu panlai, lu buat sindili loh (Do it yourself, if you’re so smart).” Therefore, these days, I’d save my frustration until the job is done then unload on them, usually with words pertaining to making babies and references to their elders.

I’ve been a regular at that famous motorcycle workshop at Setapak and now in Jalan Pahang for over 20 years now. Yes, they charge more but they adhere to correct workshop practices and take good care of their customers’ bikes. That’s before even mentioning about the wealth of experience and expertise under their belts. None of these horrors had ever happened there. 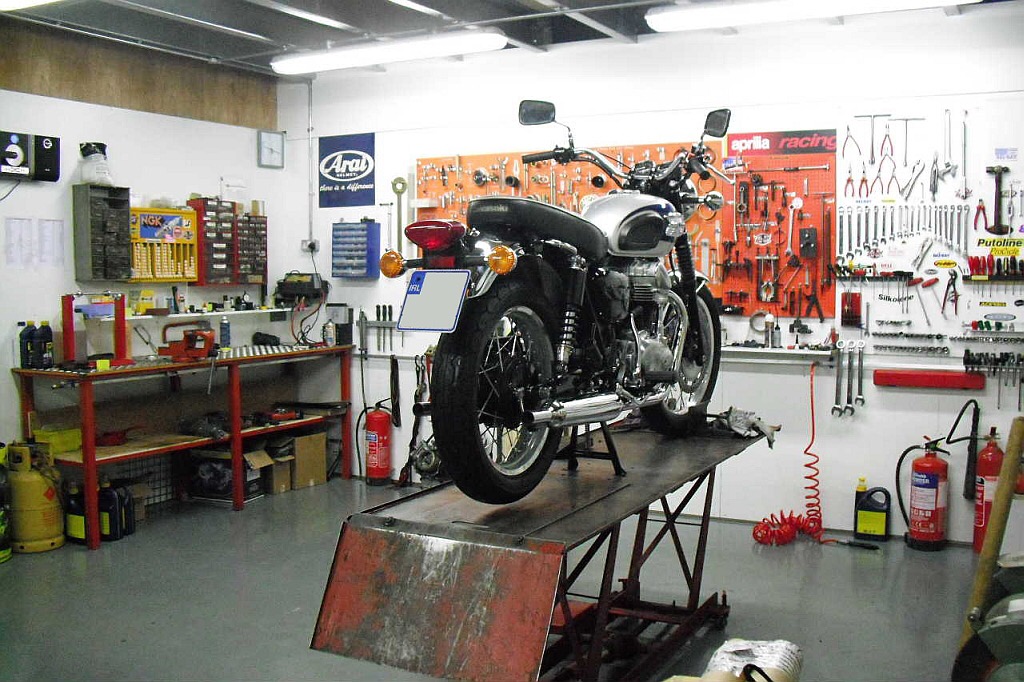 Certain manufacturers’ workshops are great too, especially in this age where aftersales service is a priority. They have the expertise and the correct tools to get the work done correctly

My advice is this: Unless if you want to start servicing your bike by yourself, look for one or a few where their employees perform their tasks with pride.

Even it means you need to pay a little more.